Samuel de Champlain, the French navigator, named La Malbaie on June 1608 because “the river dries out” at low tide preventing ships from mooring, hence the term of “malle baye” or “bad boy” in old French.

Today the picturesque corner of Quebec’s jaw-dropping Charlevoix region is a year round resort where one can canoe and camp in the summer in lush parks, marvel at Mother Nature’s show of Fall colours via horse drawn carriage ride, hit the nearby white powdered slopes in the winter, and celebrate the arrival of Spring from sun-soaked al fresco spa. 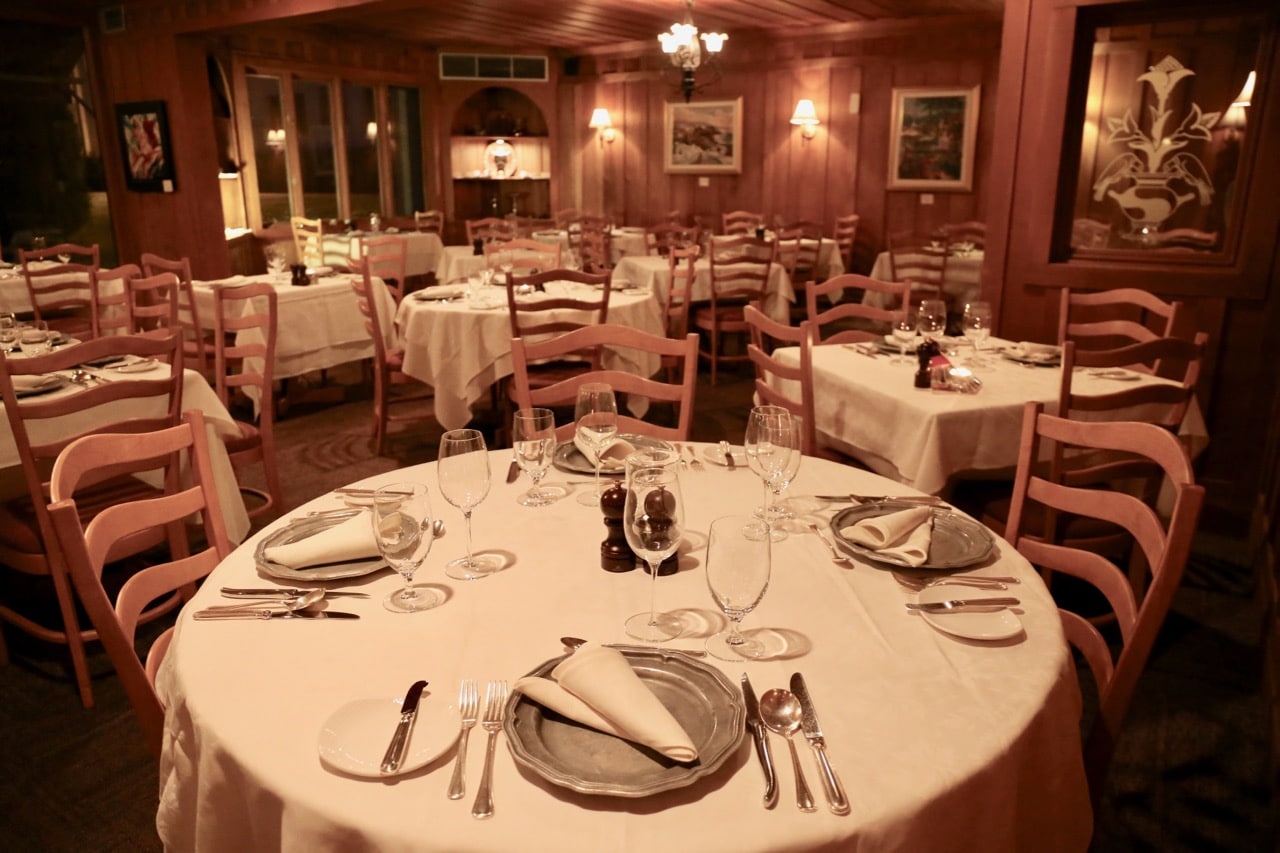 Foodies looking to indulge in a classically Quebecois dining experience in La Malbaie will find happiness in the warm and cozy dining room at Auberge des 3 Canards. The historic inn’s three founders were both doctors and known locally as the “three docs.” English and French proximity in the area eventually transformed doc into duck, but in French resulted in canard, which is perhaps an unintentional hat tip to the abundant local wild duck population and Quebec’s love for foie gras, confit and rillettes. 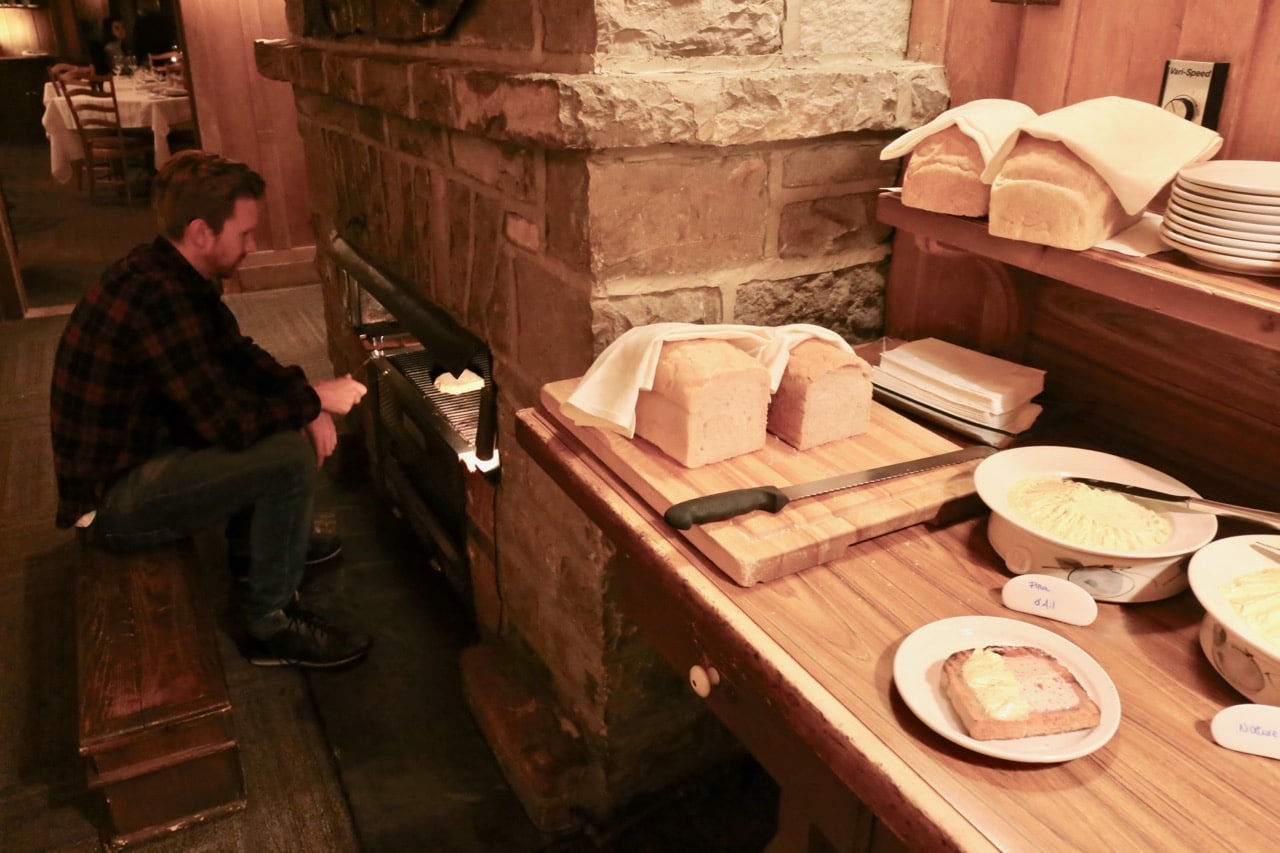 Since it’s inception over 50 years ago, Auberge des 3 Canards has cultivated a culinary tradition that focuses on celebrating French technique while showcasing the best from Charlevoix’s local producers.

Skip into the hotel’s cozy restaurant and your friendly server will begin by taking you on a tour of the historic fireplace grill. Guests are treated to a slice of DIY fun at dinner, knifing through fresh loaves and slathering them with a selection of garlic or vermouth and shallot infused butters before tending to their toasting while squatting down in front of the flame. 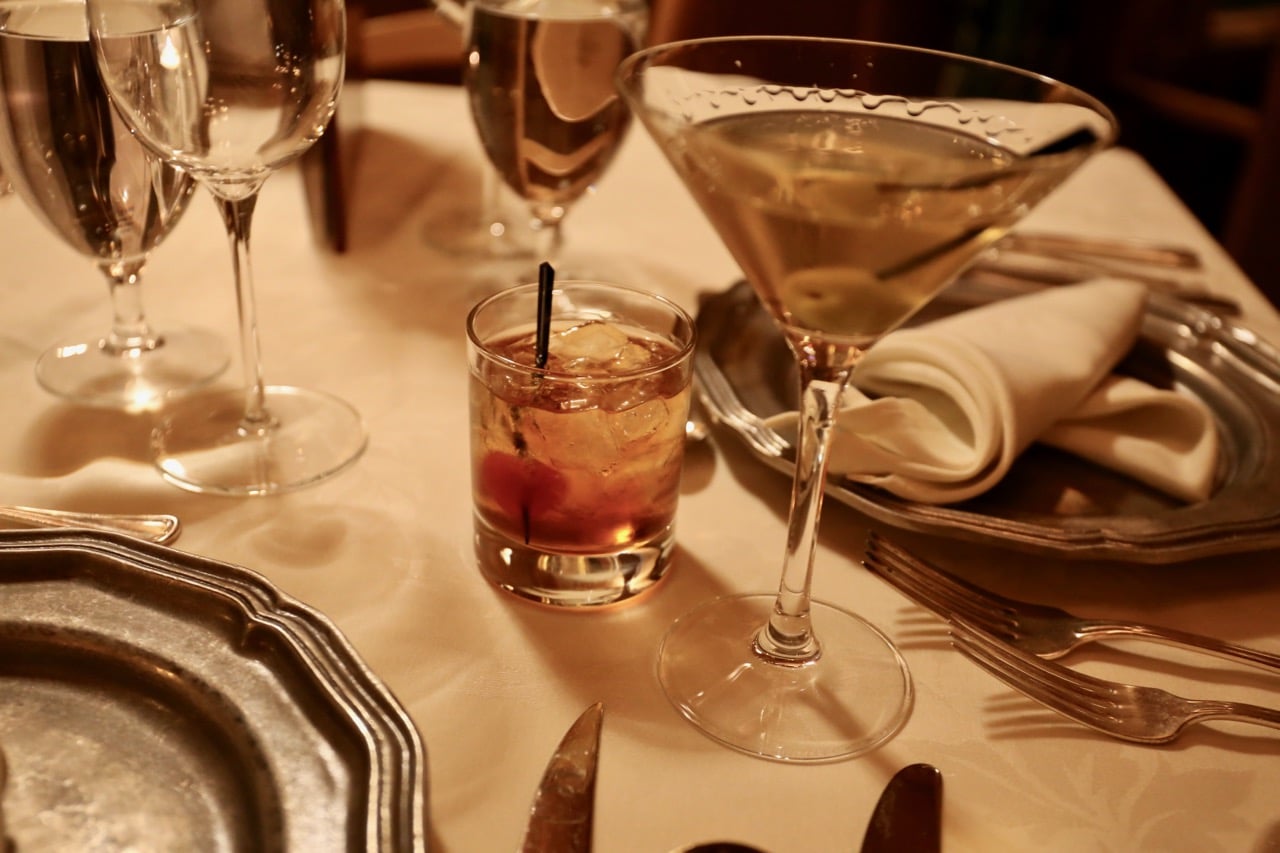 Those in need of a thirst quench will find a shortlist of classic cocktails proudly muddled with Canadian spirits: a Manhattan spiked with Canadian Club and a yellow tinted Martini thanks to the swirl of Ungava Gin.

Many of the dishes that float out of the kitchen are tried tested and true recipes that have been served at the restaurant for years (our server says the quail and sugar pie have been served here since its inception). Highlights from our taste of Charlevoix include tomme d’elles fromage adorned salad, lardon and corn muddled mussel chowder, sublime quail swimming in mushroom sauce, and Grilled Quebec Red Deer topped with seared foie gras and housemade cedar jelly. 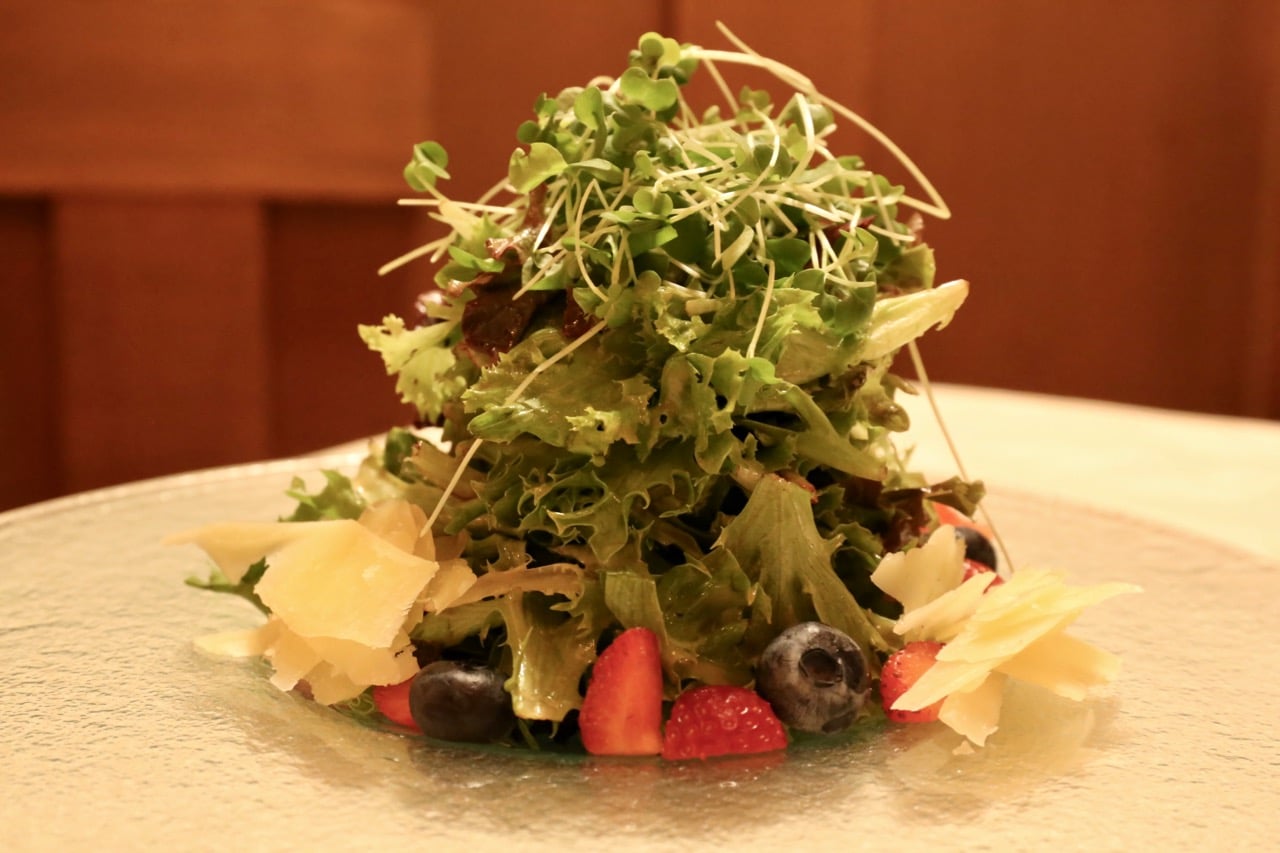 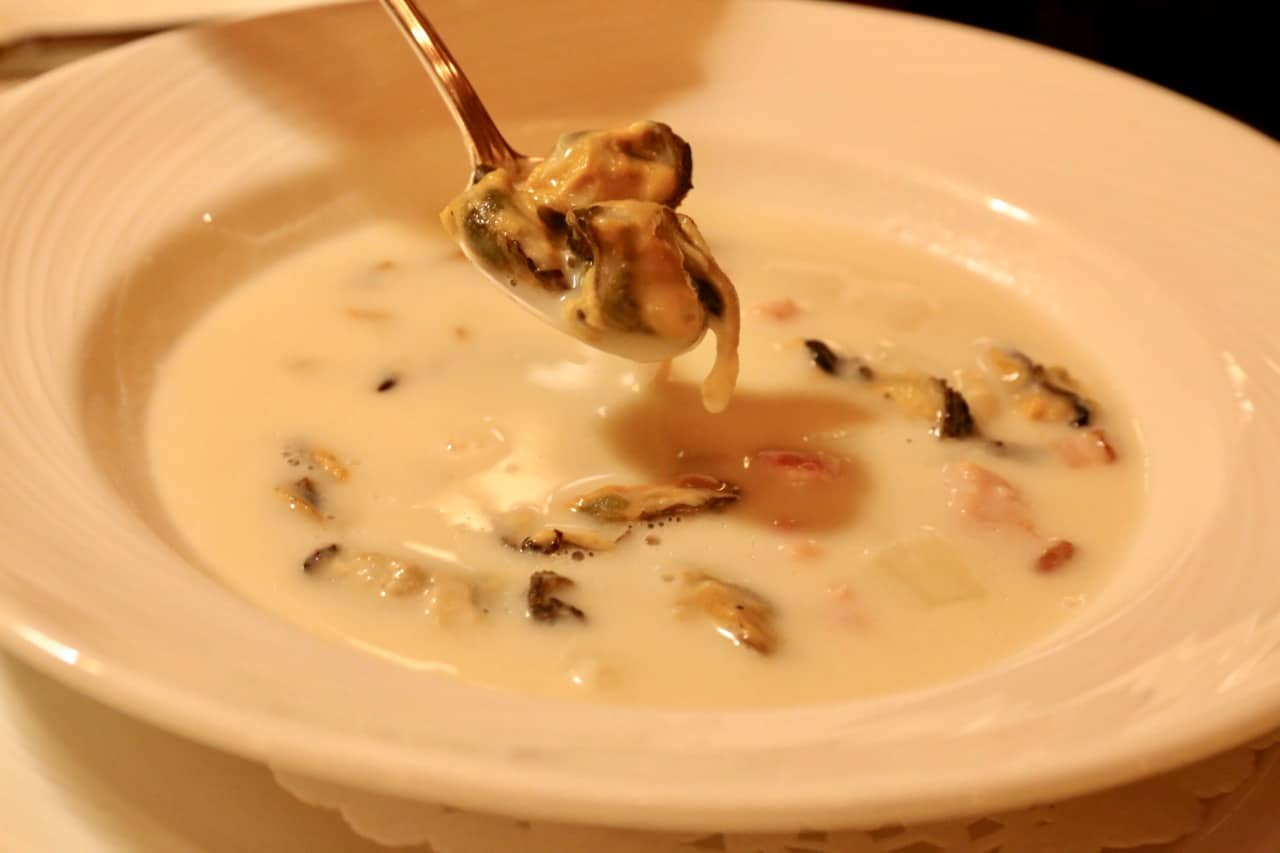 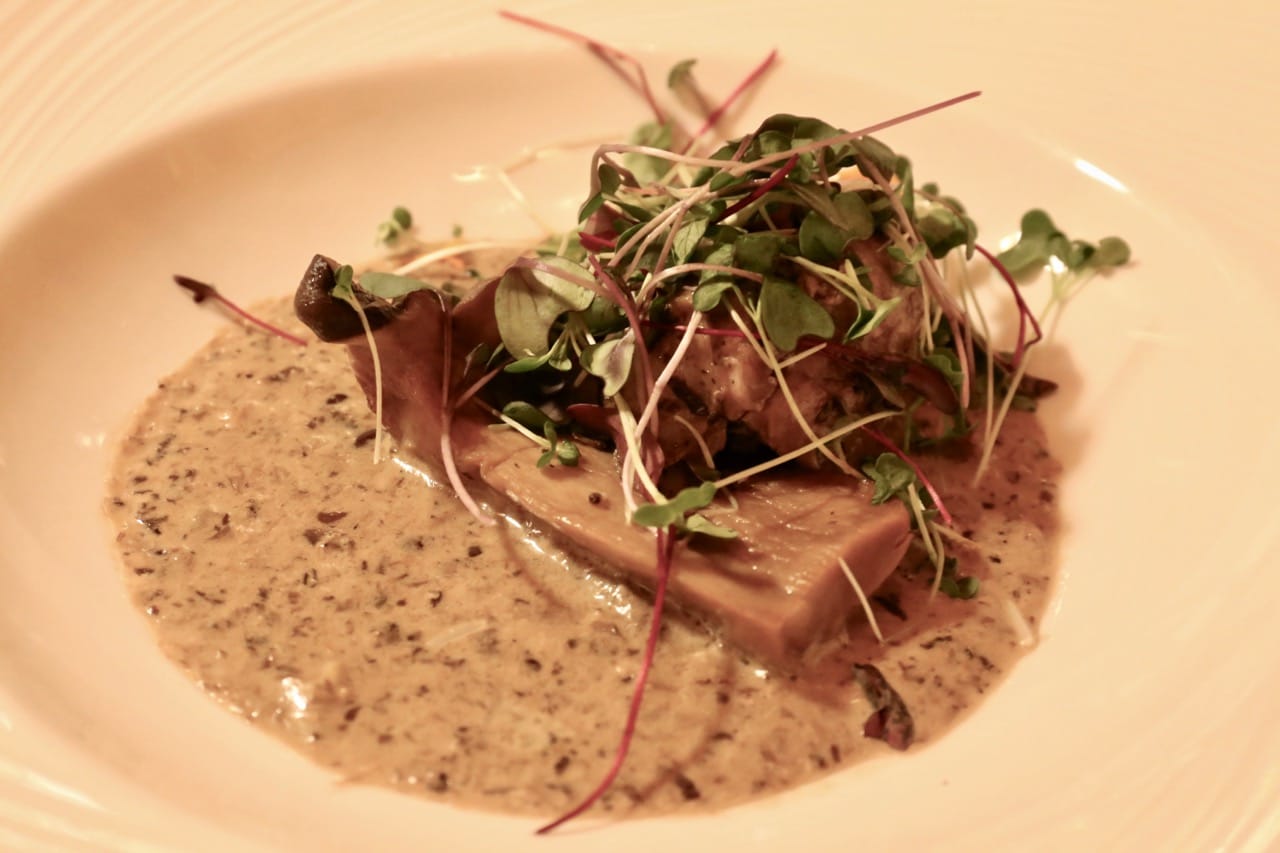 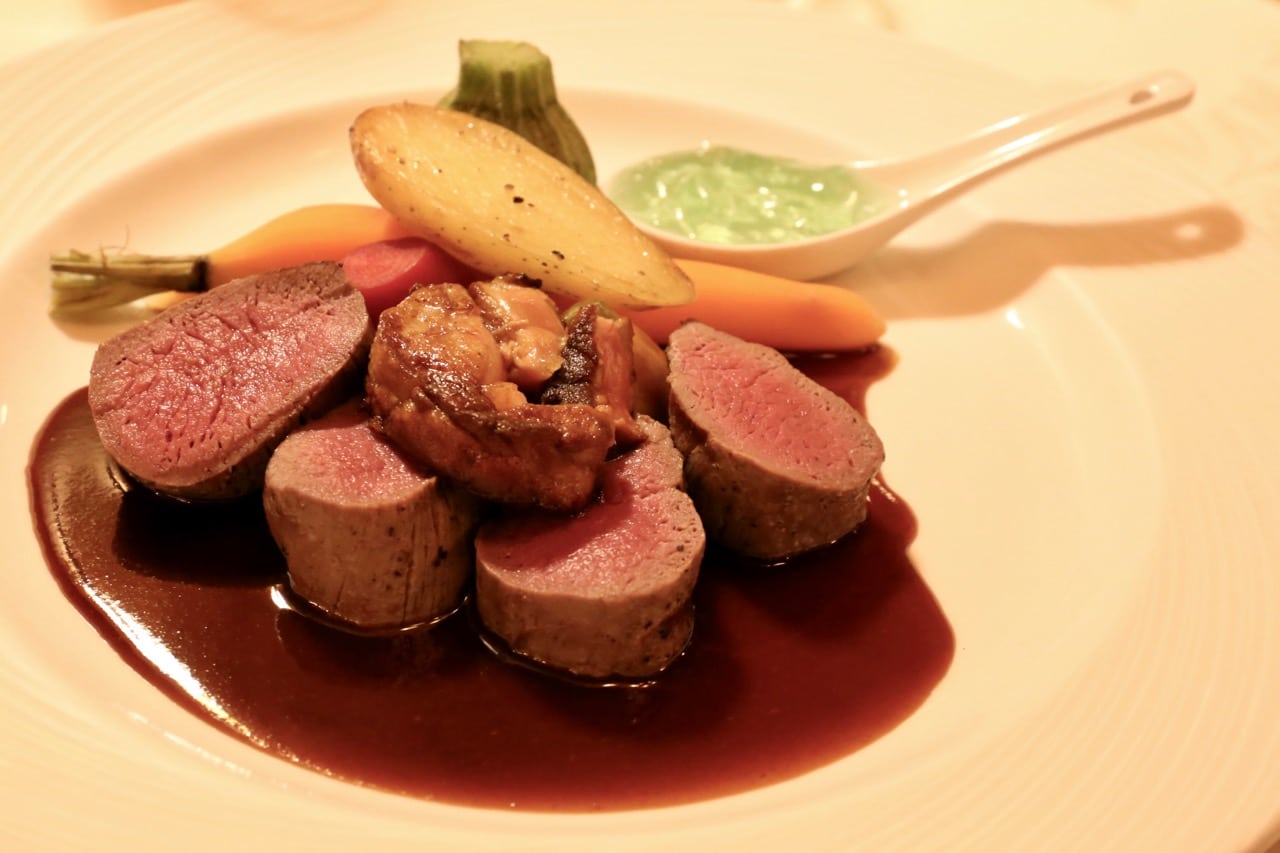 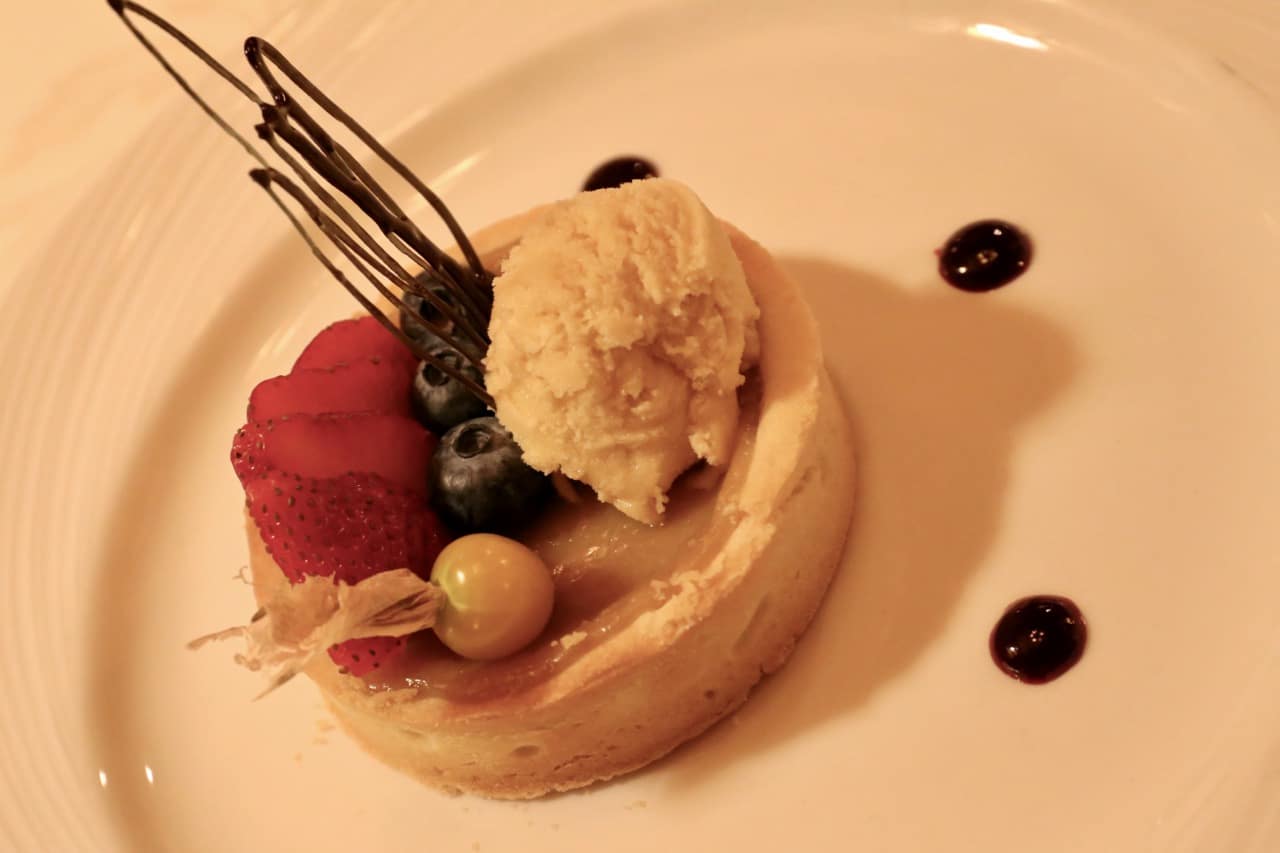