What’s most fascinating about Winnipeg is that it was built with the intention and aspirations to be one of North America’s great urban centres. You can flip through vintage photos from the late 1800’s and stare down a Main Street flanked by glorious bank buildings and streets which teamed with fashionable crowds.

The city’s towering legislature was included in a city plan which featured monumental museums and exquisite shopping. When gazing across the city from its steps, it’s perhaps no shock that the gent who designed the famous National Mall in DC (where America’s celebrated Smithsonian Museums sit perched over beautiful green parkland) also set out to create an ambitious city for those looking to find their fortunes in Winnipeg

In 1881 all eyes were on Winnipeg as the city rapidly developed with the launch of the Canadian Pacific Railway. Located in the centre of the country, “The Peg” acted as one of North America’s most important transportation hubs. One quickly gets a sense that she was built for greatness as the downtown is dotted with beautiful Wall Street style buildings and her sidewalks stretch far and wide.

By 1911, Winnipeg was Canada’s third-largest city. However, she faced financial difficulty when the Panama Canal opened in 1914 as it reduced reliance on Canada’s rail system for international trade. Things just got worse with the stock market crash of 1929 and the Great Depression which resulted in widespread unemployment, worsened by drought and low agricultural prices.

The Winnipeg of today is enjoying a revitalization and renaissance. The city’s diverse cultural make-up shines brightly through its globally inspired cuisine, wide array of world-class arts, culture and festivals, many one-of-a-kind shops and trendy boutiques, and widespread opportunity to experience the wonders of nature and breathtaking prairie scenery throughout the seasons. While Winnipeg might have slipped off the travel radar in the past, today she’s ripe and ready to share the city’s best kept secrets to those who press her closely.

Things to See and Do In Winnipeg 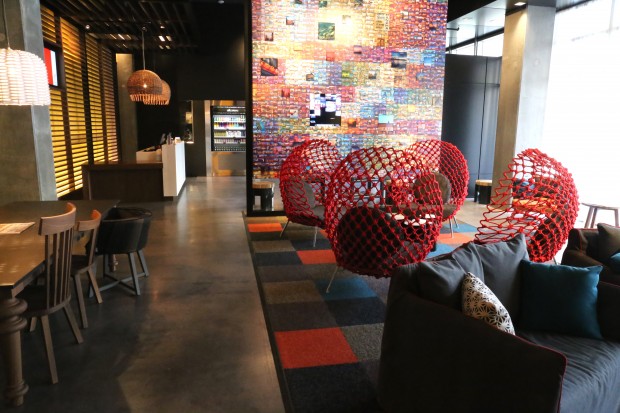 The ALT Hotel Winnipeg is the city’s newest boutique property, conveniently located in the heart of the downtown core, offering its guests comfortable, contemporary and affordable luxury. Stroll through the design-tastic lobby and you’ll find yourself greeted by Altexpo, a gigantic photographic installation composed of over 2500 photos of hidden gems and famous landmarks in Winnipeg, taken by local blogger and photographer Bryan Scott. The space is decidedly cool featuring Red Dragnet Lounge Chair and Chiquita Bench by Kenneth Cobonque and a large communal harvest table designed by Italian firm Gervasoni, which offers a perfect spot to read the newspaper and sip your morning coffee.

The building was designed and constructed to be energy efficient and features a geothermal heating and cooling system that recycles warm air as well as automatic and energy-saving lighting devices. 160 ultra-comfortable rooms take up 20 floors which are flooded with natural light thanks to ceiling to carpet windows. Sleep tight with Egyptian cotton bedding and goose down comforter. Wake up to the world with a handy in-room Keurig coffee machine and a spa-style shower with beauty amenities by Montreal based Bella Pella.

Since its founding in 1912, the Winnipeg Art Gallery has acquired 25,000 works of art, collecting in the areas of Canadian and international historical and contemporary art. It is Canada’s oldest civic gallery, which is renowned for housing the world’s largest modern Inuit art collection. Today the gallery lives inside an impressive building which was designed by Winnipeg architect Gustavo da Roza. Built of pale Manitoba Tyndall stone, the gallery rises like the prow of a ship on its own triangular ocean. It was opened by Her Royal Highness The Princess Margaret, Countess of Snowdown, on September 25, 1971.

Highlights from my visit include a stroll through rooftop sculpture garden, painterly Canadian contributions from Frederik A Verner, James Wilson Morrice and Otto Reinhold Jacobi, European vibes via Giuseppe Pulgia, Maurice Urtillo and Wolfgang Katzheimer the Elder, and Ron Mueck’s jaw dropping “A Girl” featuring a larger than life newly born babe which haunts as you hop in a 360 degree circle around the space. 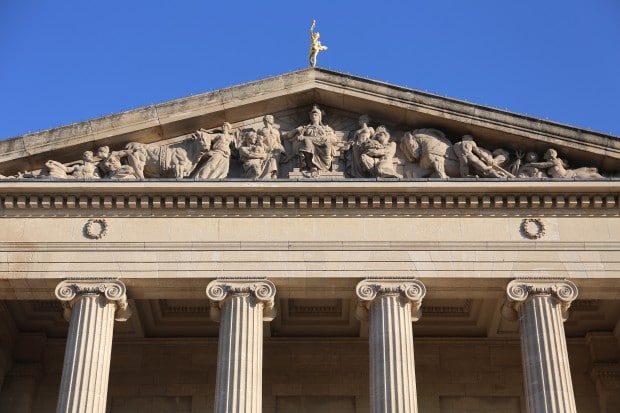 Unlock the mysteries of Canada’s most unique architectural landmark with a journey of suspense revealing coded messages and secret teachings that reflect an ancient temple. Don Finkbeiner of Heartland International Travel & Tours offers the city’s most unique walking tour, “The Hermitic Code Tour of the Manitoba Legislative Building,” which has been awarded the status of Signature Experience by the Canadian Tourism Commission. Since the tour launched in 2009, more than 17,000 people have taken the Hermetic Code Tour, which is hosted by Dr. Frank Albo, who takes you on a step-by-step adventure which has been dubbed “Canada’s Da Vinci Code.” Dr. Albo reveals a trail of occult clues concealed in the Manitoba Legislative Building’s architecture including: hidden hieroglyphic inscriptions, numerological codes, and Freemasonic symbols so intelligently masked they have escaped historians and visitors for nearly 100 years!

If you’re an animal lover and visiting Manitoba for the first time but don’t necessarily have the time or money to fly up to the province’s arctic region, a visit to Assiniboine Park Zoo’s recently launched Journey to Churchill exhibit is a must see. It is the most comprehensive northern species exhibit of its kind in the world, allowing visitors to experience a variety of naturalistic landscapes and animal viewing areas.

A towering inuksuk offers a warm welcome each day to the visitors who come here to explore the Arctic’s curious creatures such as muskoxen, arctic fox, wolves, caribou, snowy owl, and seals. Gateway to the Arctic is the biggest draw and primary viewing point to watch the zoo’s band of friendly polar bears who can be seen from underwater viewing tunnels that offer visitors the rare opportunity to gaze up at these amazing creatures as they swim below the surface of the water.

A key component to the Journey to Churchill exhibit is the zoo’s International Polar Bear Conservation Centre, which acts as a hub for environmental and wildlife education, research and conservation. This state-of-the-art facility was built to ensure Manitoba remains a centre of global influence in polar bear conservation. Researchers at the IPBCC are using the controlled zoo environment to perfect field research techniques and are engaged in a number of research projects in the field that help us understand the changing Arctic environment and the impact on polar bears and other northern species. The IPBCC also houses two genetics laboratories, which allows the zoo to partner with universities and government departments to monitor animal populations relevant to northern peoples.

The Forks Market is located at the confluence of Manitoba’s Red and Assiniboine River. For at least 6000 years it has been the meeting place for early Aboriginal peoples, and since colonization has also been a meeting place for European fur traders, Métis buffalo hunters, Scottish settlers, riverboat workers, railway pioneers and tens of thousands of immigrants. Today it is one of Winnipeg’s top attractions where visitors can wander through original horse stables which have been converted into the city’s bustling market, stroll along the Assiniboine Riverwalk and enjoy a quiet moment of reflection at Oodena Celebration Circle, a shallow amphitheatre featuring indigenous sculptures, sundial and ceremonial fire pit.

The Canadian Museum for Human Rights is Canada’s newest federal museum (the only located outside of Ottawa) and is the worlds first museum dedicated to human rights education and awareness. A stunning architectural icon designed by Antoine Predock, the unique building sits at the forks of two mighty rivers on land that has been an aboriginal meeting place for thousands of years.

Inside, multi-sensory exhibits explore human rights stories about Canada and across the world. I was amazed by the museums thoughtful design (it appears on the city skyline like a mighty fortress with glass towers shooting towards the heavens), handicap accessibility (you’ll find no stairs here just 1km of scenic winding ramp and jaw dropping video installations throughout which include sign language for the deaf) and world class interactive exhibits (each gallery includes motion sensor activated stories which allow you to explore human rights issues such as race, genocide, refugee status, gender inequality, indigenous rights, LGBQT struggles etc…) One can’t help but feel emotional here but as a Canadian you’ll undoubtably walk out of the place having reflected on how lucky you are to live in a country which is so brave and free!

Stella’s Cafe at the Plug-In Gallery

In December of 1999, Stella’s Café & Bakery opened its first set of doors in Winnipeg at 166 Osborne Street. The concept utilized the talents and experience of each of the founders, Tore, Lehla, Tomas and Anneen to create a menu and environment focused on in-house baked breads, soups, jam, and sandwiches for dine-in or take-away. Simple, healthy, inspired offerings and friendly service propelled Stella’s to instant popularity.

Today Stella’s has blossomed into a business with eight locations in Winnipeg and its name has become synonymous with funky cafe, friendly brunch and addictive sweet treats. If you’re heading to the Winnipeg Art Gallery be sure to pop in for a hearty brunch at their outpost attached to the Plug-In Gallery as its but a stones throw away. Grab a cup of freshly brewed coffee and nibble on the chef’s signature Mexican Breakfast featuring sunny side eggs, green onion, tomato, salsa, guacamole, cilantro sauce and crispy hash browns.

Located in the heart of downtown Winnipeg, The Manitoba Museum’s natural history galleries showcase the history of the province from pre-historic times to the modern era of the roaring 20s. The museum’s vintage vibe is a delight for those who have a heart for taxidermied beasts and old school mannequins. Highlights include a swift herd of bison, dino bones, indigenous fashions and an awe inspiring replica of the The Hudson Bay’s first ship, the Nonsuch, which sailed from England to James Bay in 1670 creating a great boon for the fur trade in Canada. 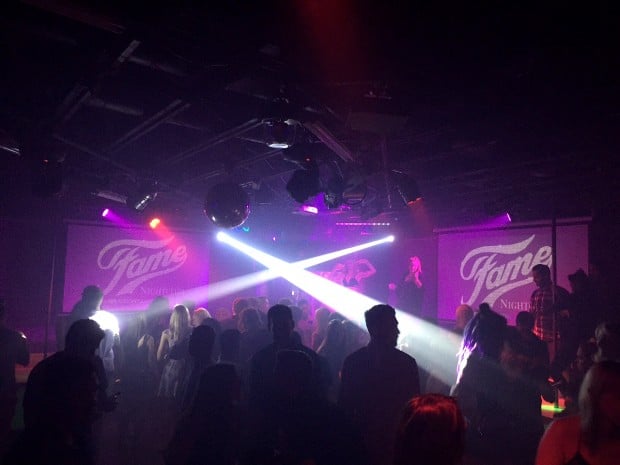 For those looking to enjoy a dance or two under glowing disco ball head to Fame Nightclub, Winnipeg’s top gay bar whose catchy slogan reads “for when you can’t even think straight.” The space is impressively large, offering queers (and their admirers) a series of spaces to kick back. After stepping down the stairs

I’m greeted by a petite bar which is helmed by Taylor Swift look alike drag bartender. The main dance floor is surrounded by a cluster of table tops, a perfect perch for people watching and a popular space for the city’s local drag community to sip on cocktails. Late at night the dance floor packs to the brim while sexy go go dancers flank the DJ who stands overlooking the crowd amongst a series of lively lasers. If you’re looking to give your feet a rest head out back where a separate lounge features comfy couches, booming fireplace and billiards. A massive, autographed poster of Sharon Needles (that Halloween loving Drag Race star) hangs from the ceiling, a reminder that top queer talent have graced the place.