Bogota’s oldest and prettiest neighbourhood, La Candelaria, is full of colourfully painted colonial residences. This is by far the most interesting part of town, where you’ll find the lion’s share of Bogota’s sights including museums, old churches, historical buildings and some of the best street art in all of Latin America.

If you’re a fan of stellar street art be sure to hop on a tour with Bogota Graffiti, run and guided by street artists and personalities directly involved in the city’s urban art scene. Bogota’s Graffiti Tour started in 2011 when an Aussie street artist and a Canadian graffiti writer decided they wanted to share Bogota’s unique and prolific urban art scene, and help promote local artists to a wider international audience.

During the tour you’ll see some of Bogota’s most famous urban art pieces while tell the story of Colombian’s past, present and future.

The first Graffiti in Bogota were petroglyphs written on the walls of caves in the Bogota savannah’s made by the indigenous Chibcha people. From there, graffiti in Bogota evolved into a form of social commentary & cultural expression, especially during “La Violencia” and the height of the civil war. With a growing middle class and a drastically improved political system, modern taggers have removed some preach from the paint and continue to focus on creating artwork that showcases their skills rather than on a cause. The designs have become more and more complex via stencils, spray paint, stickers and wheat-pasted posters. Since graffiti isn’t technically a crime in Colombia, grafiteros have free reign to be as expressive as they please.

The 2.5 hour tour is free (tip your guide please) and is offered twice daily (10am and 2pm), departing from the Simon Bolivar statue at Parque de Los Periodistas. 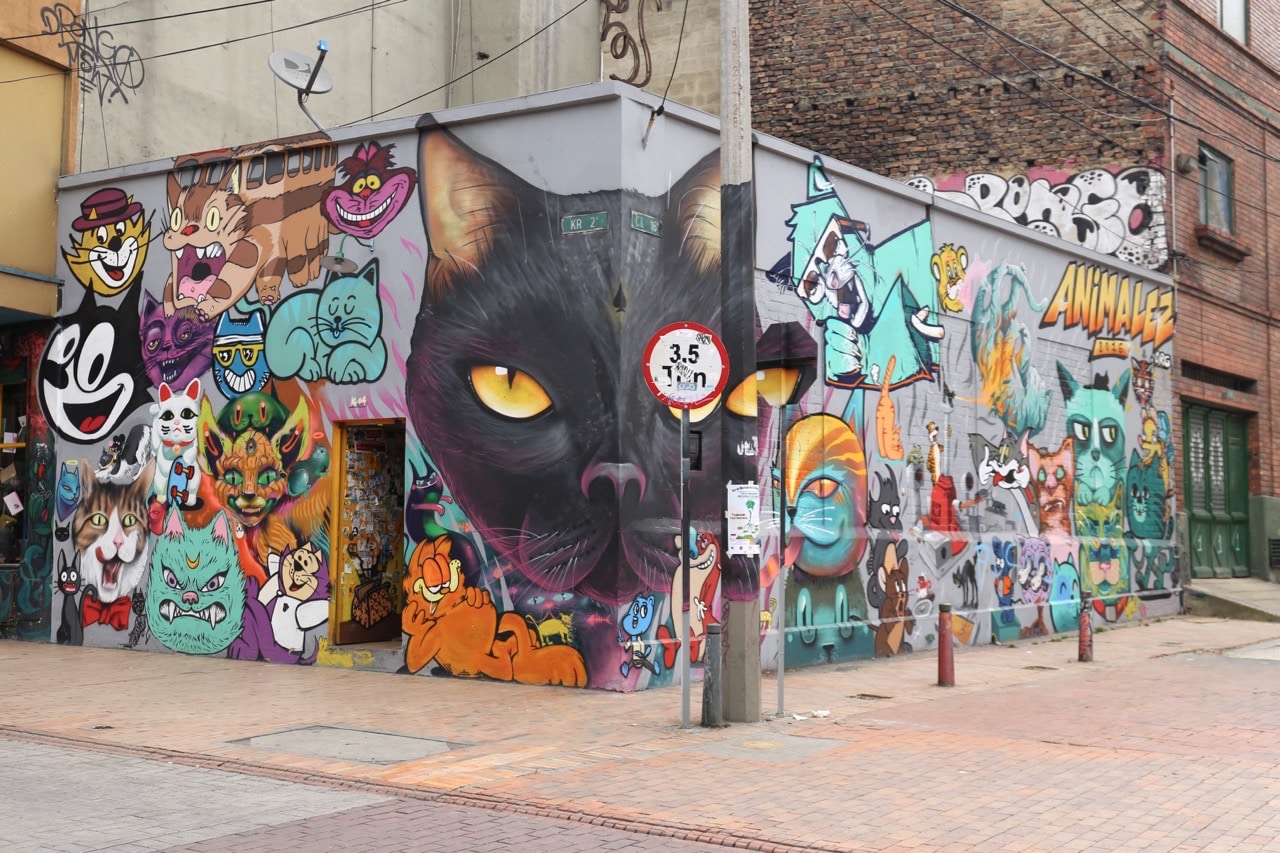 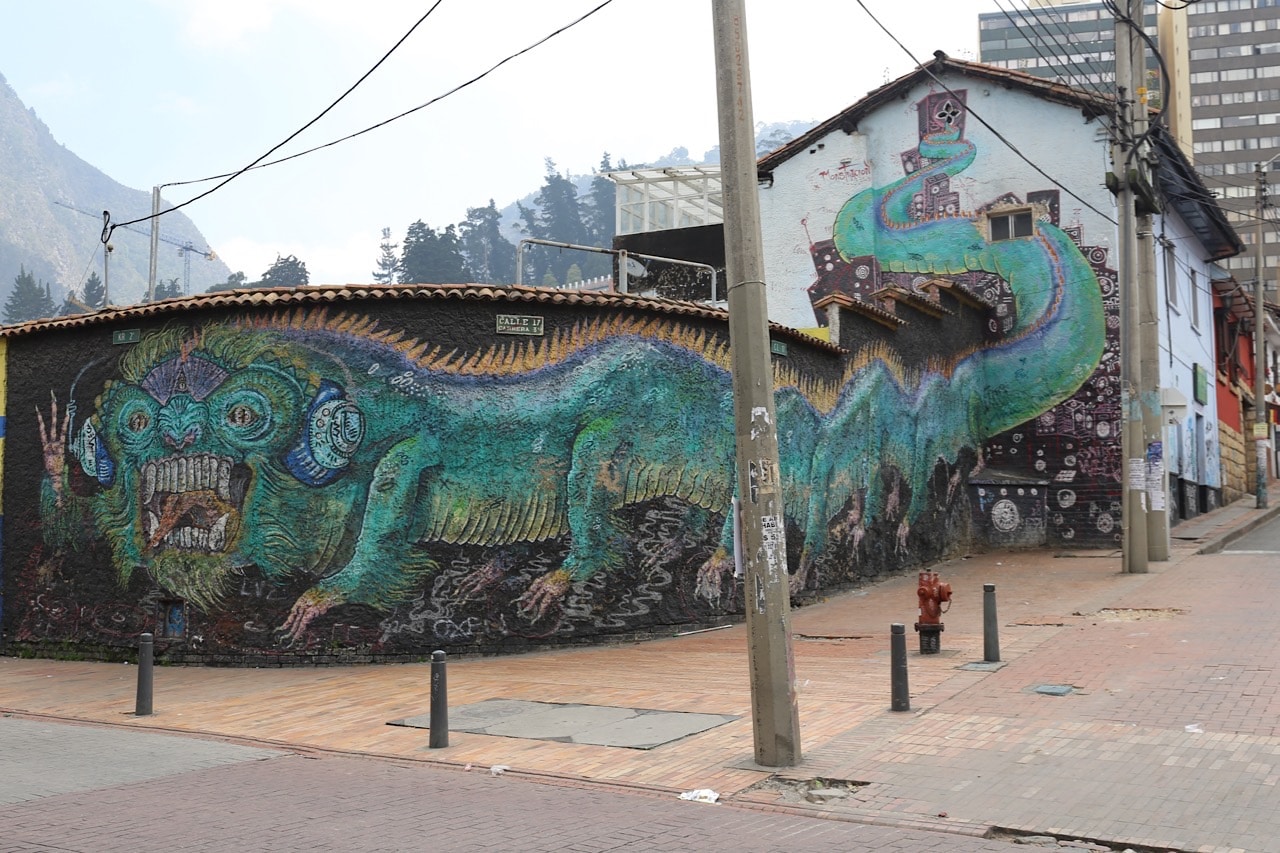 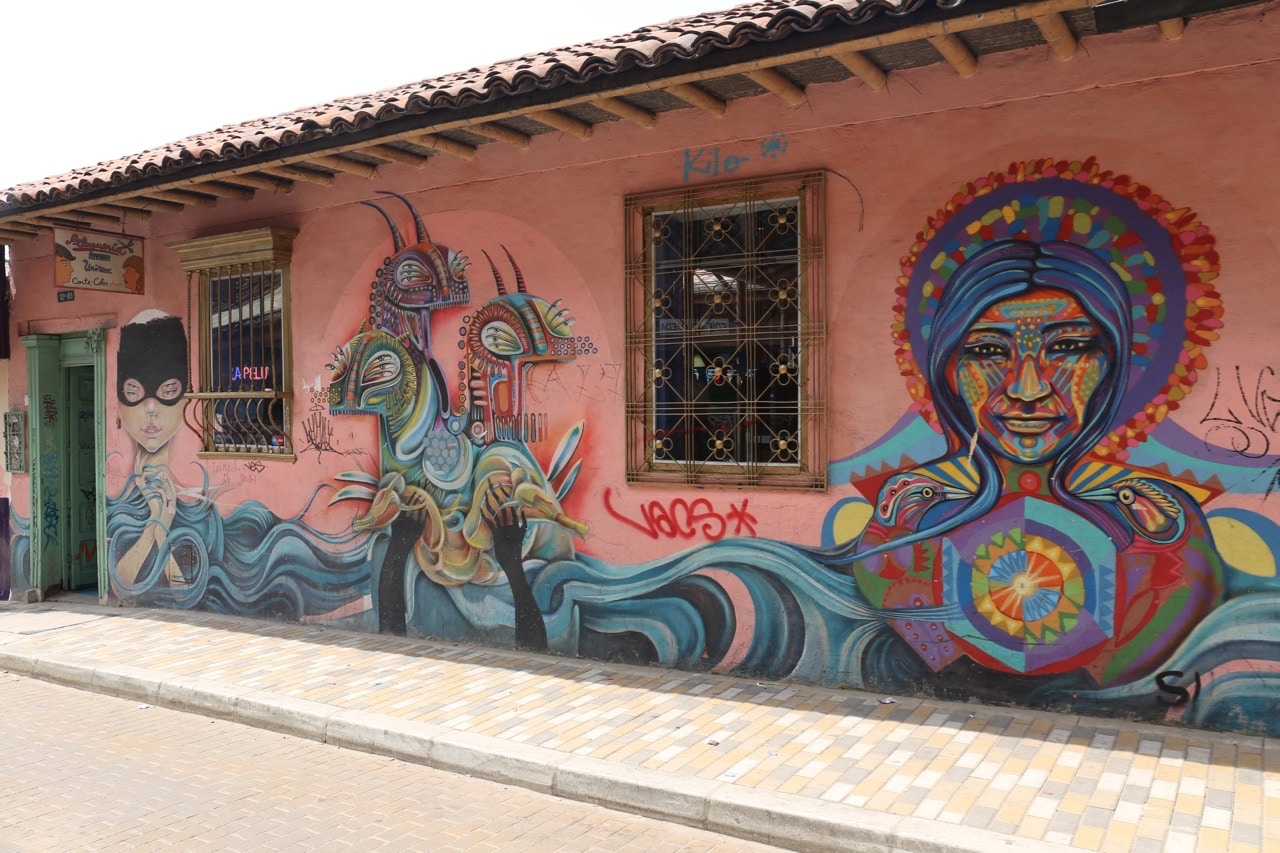 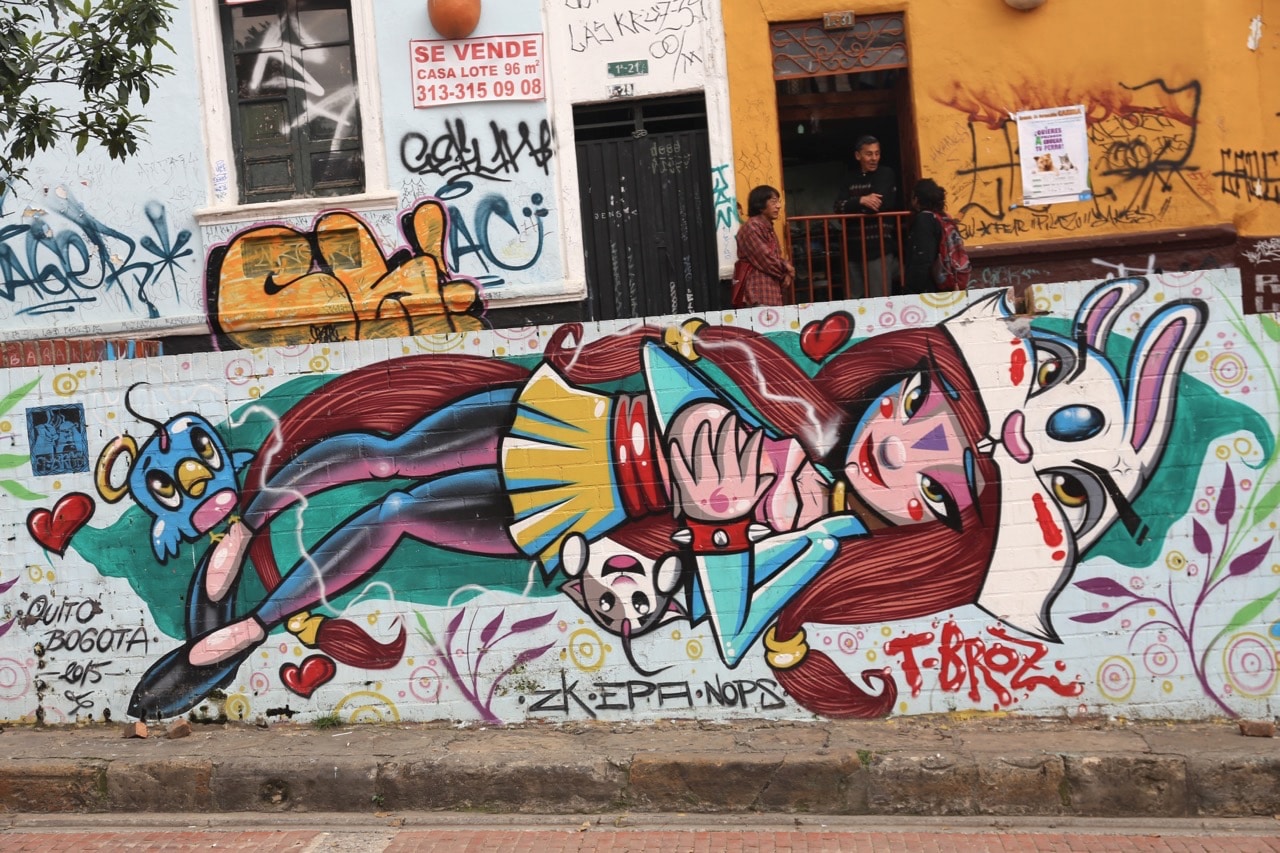 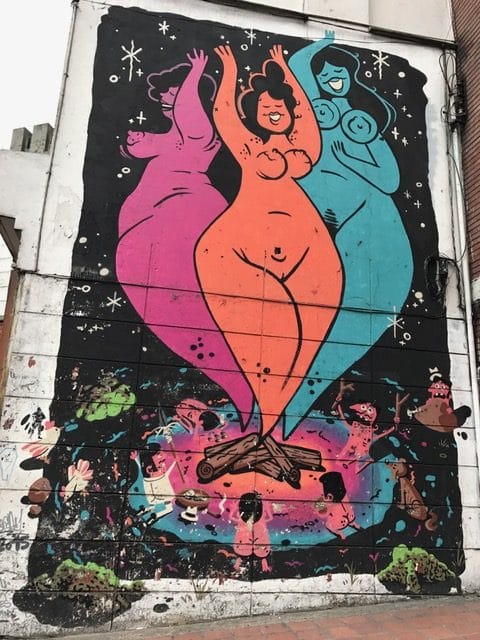 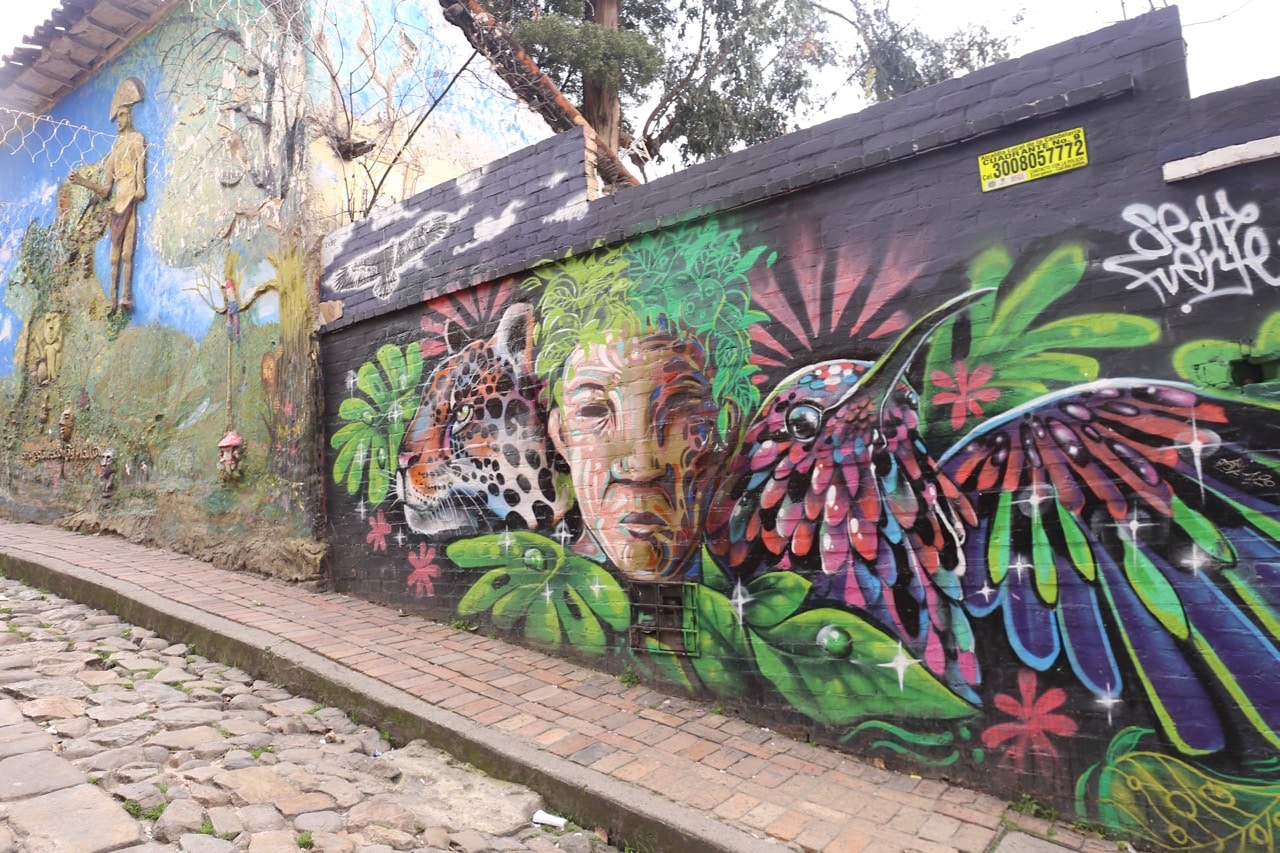 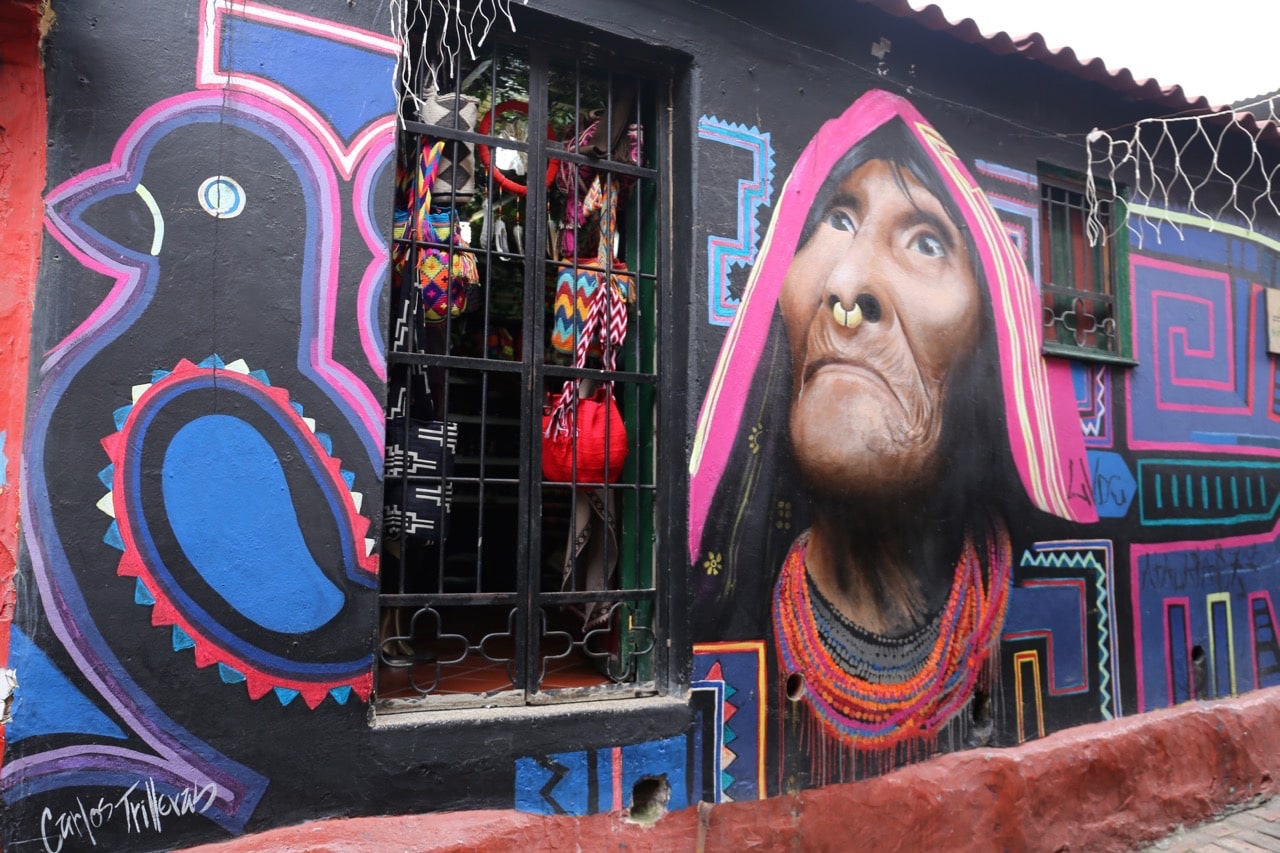 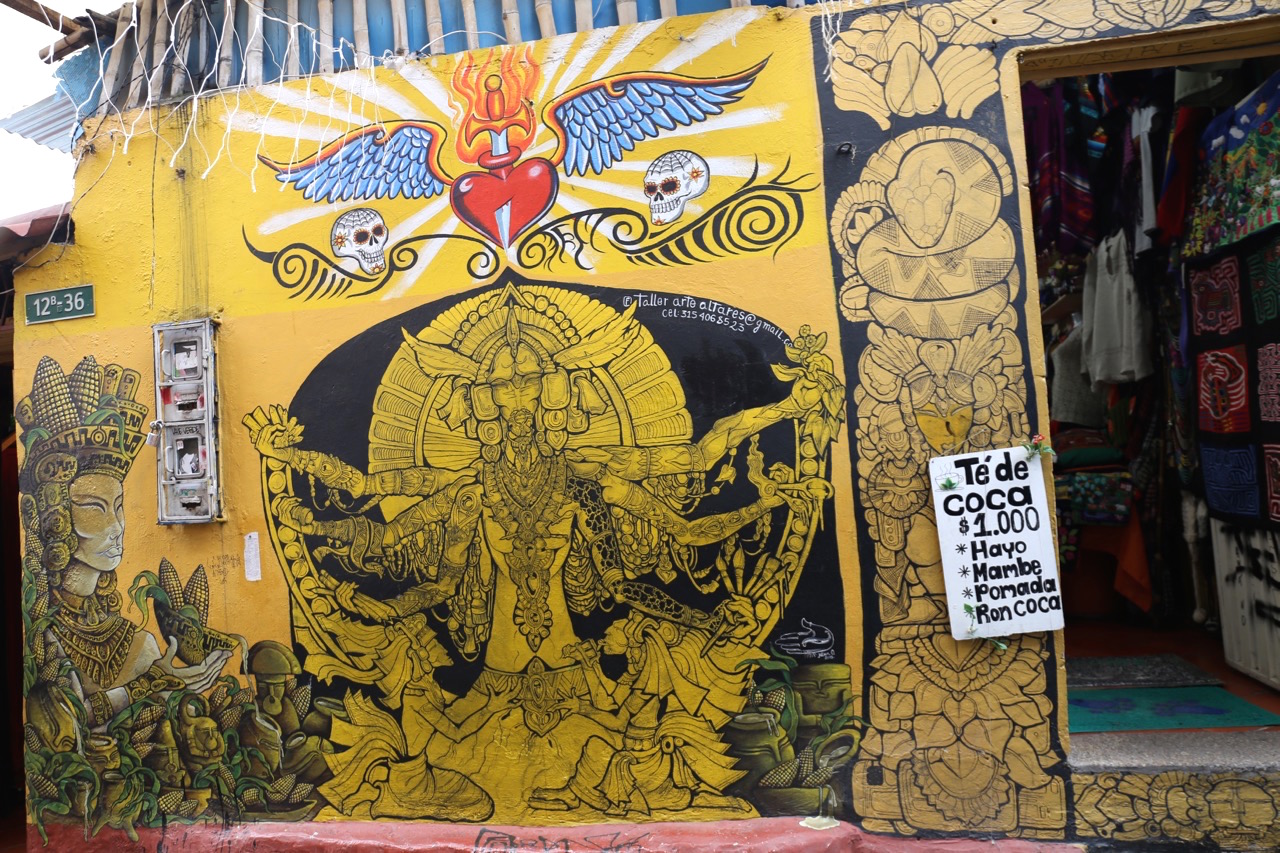 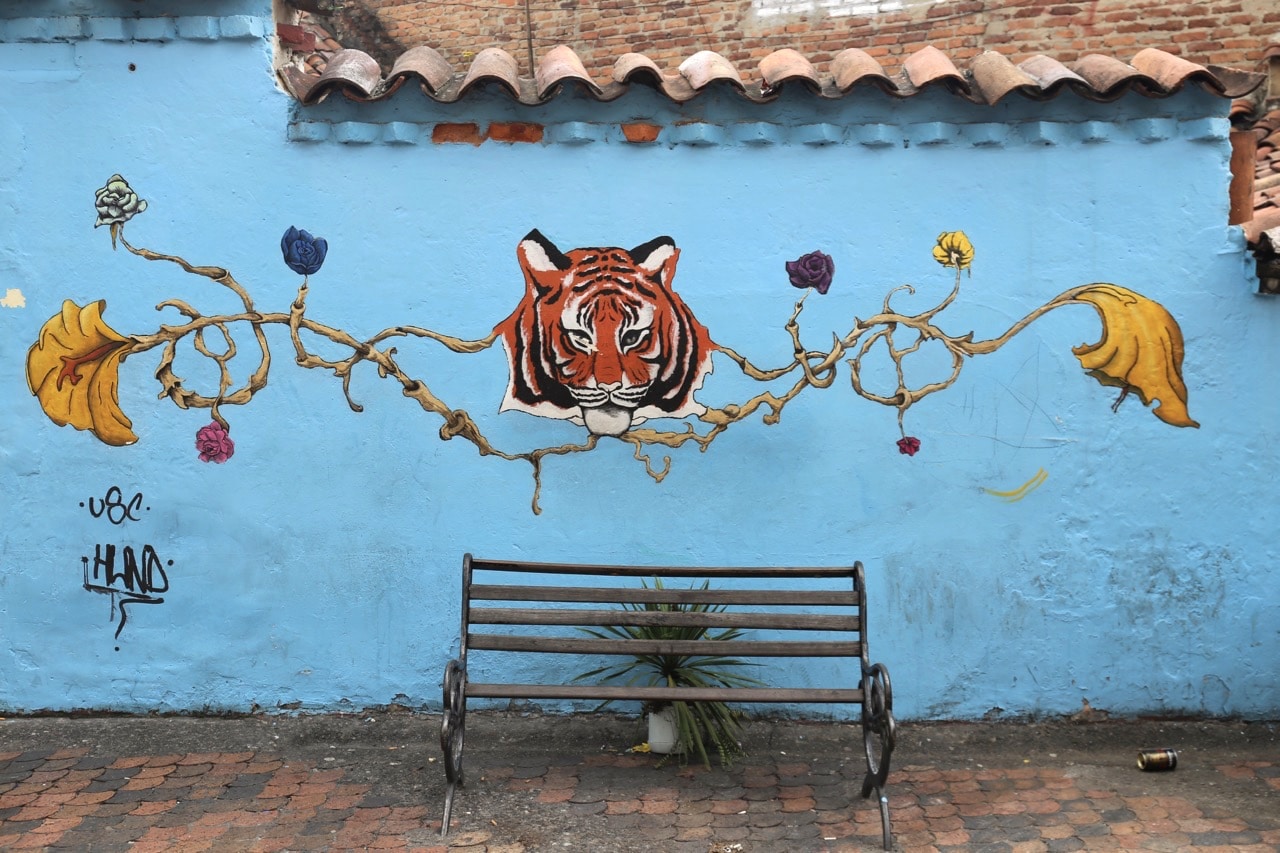 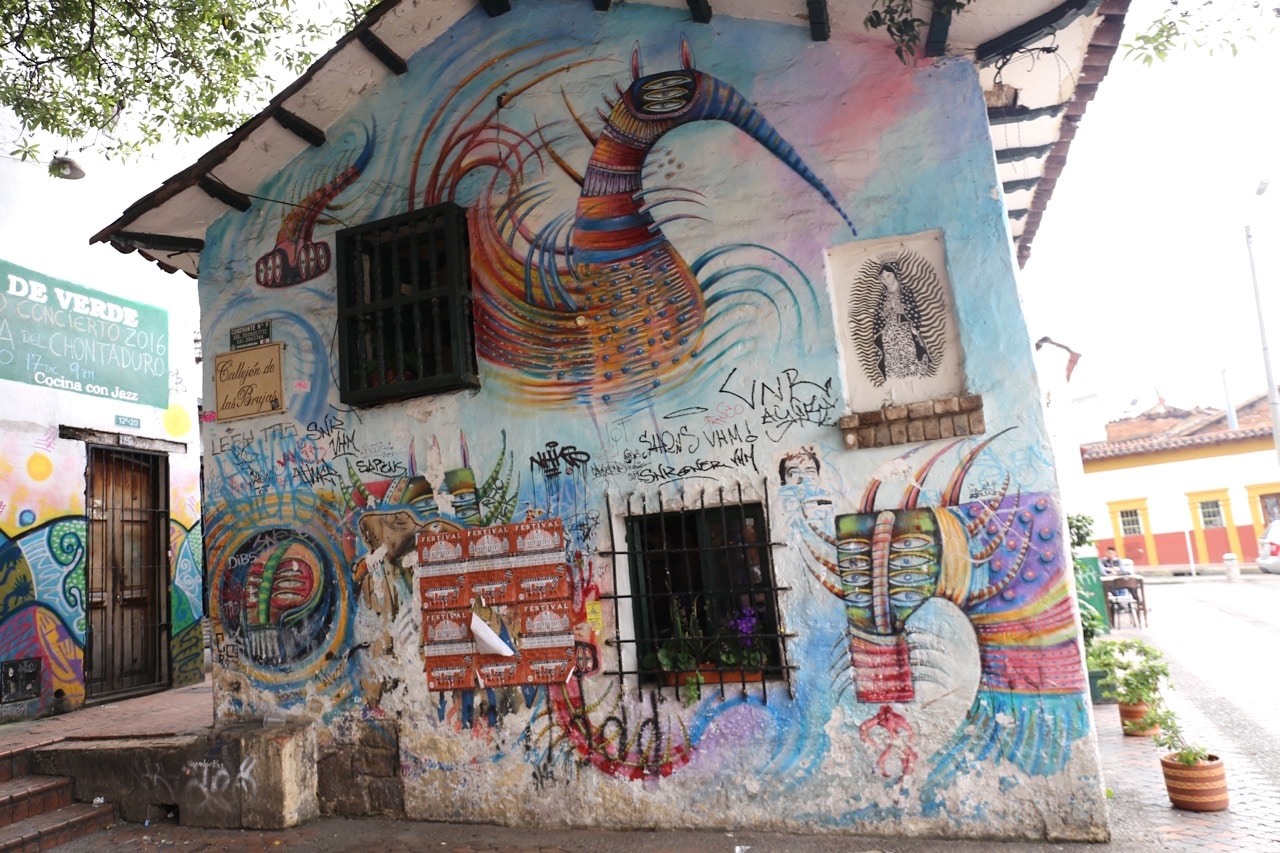 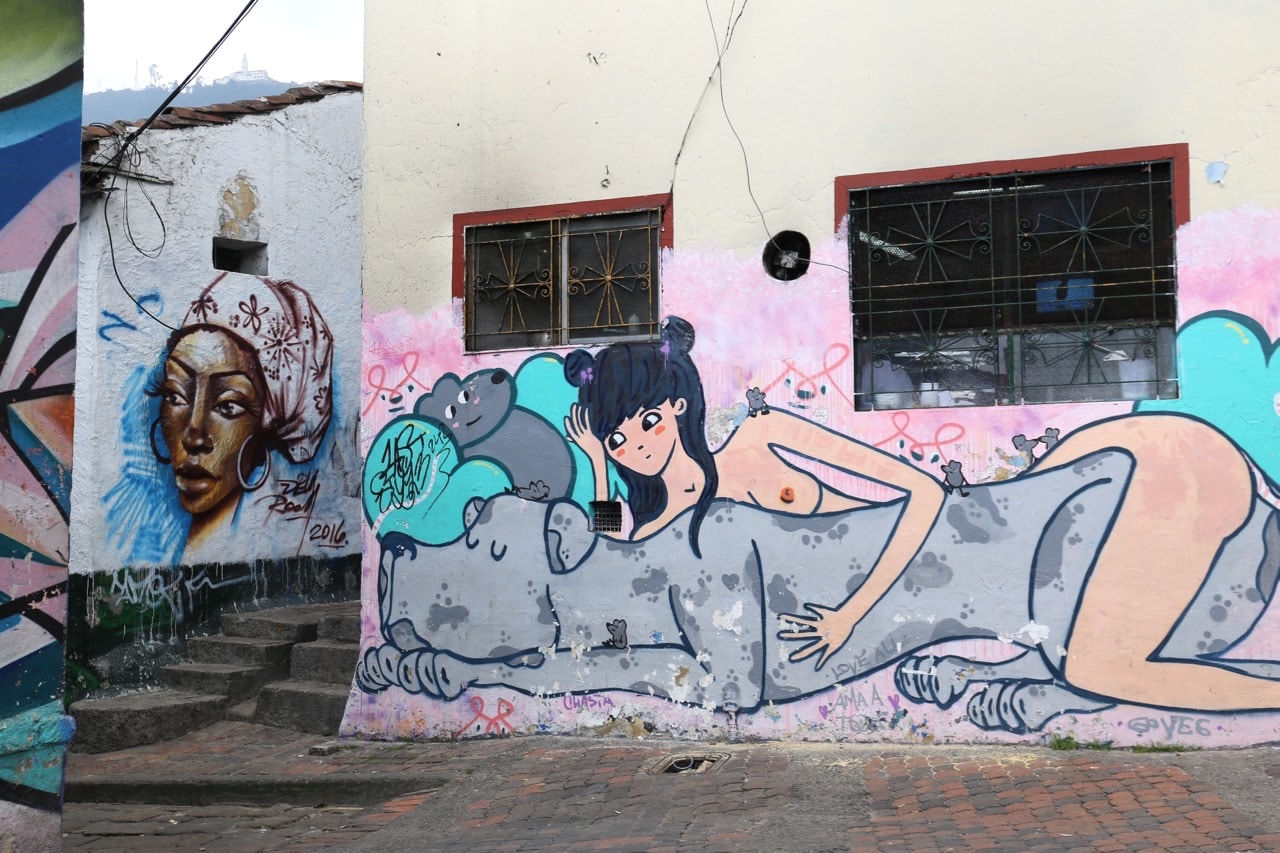 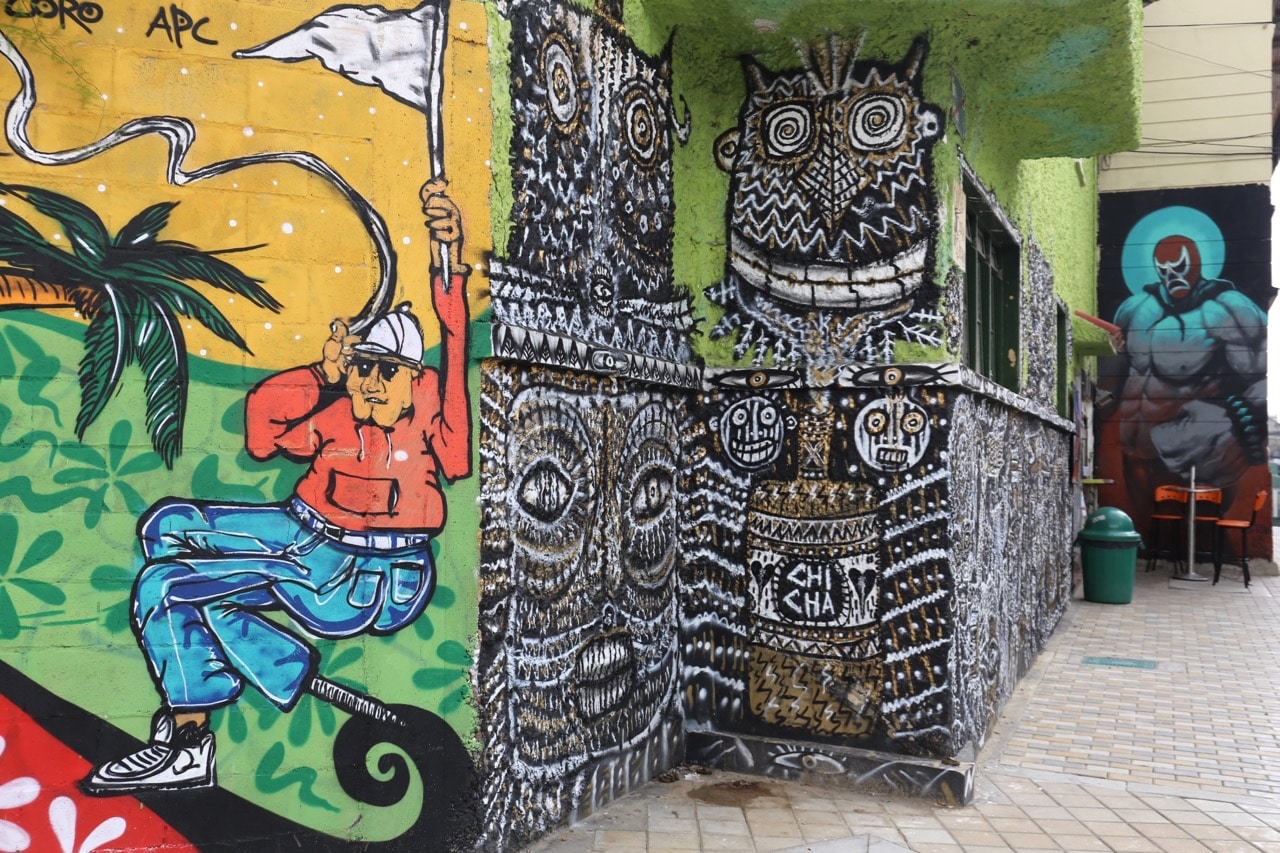 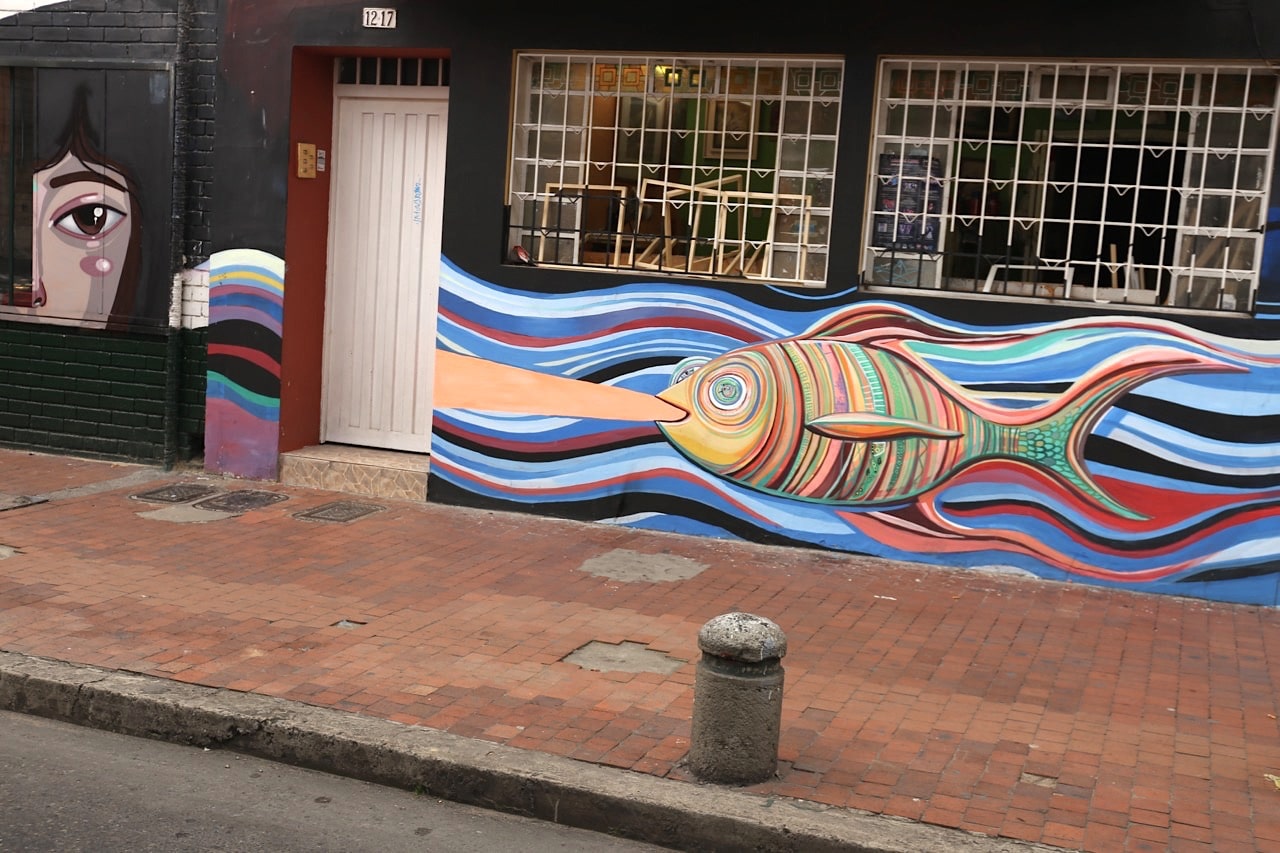 By Andrew Dobson and Karolyne Ellacott