Nestled at the foot of the Matterhorn and surrounded by 38 mountains that peak over 4,000m, Zermatt is Switzerland’s best-known ski resort. The cozy meets cute town is a mecca for ski and snowboard fans which arrive here in droves year round to hit the slopes. Even in peak season the place doesn’t seem overcrowded as the village is closed to motorized tourist traffic and best explored on foot. 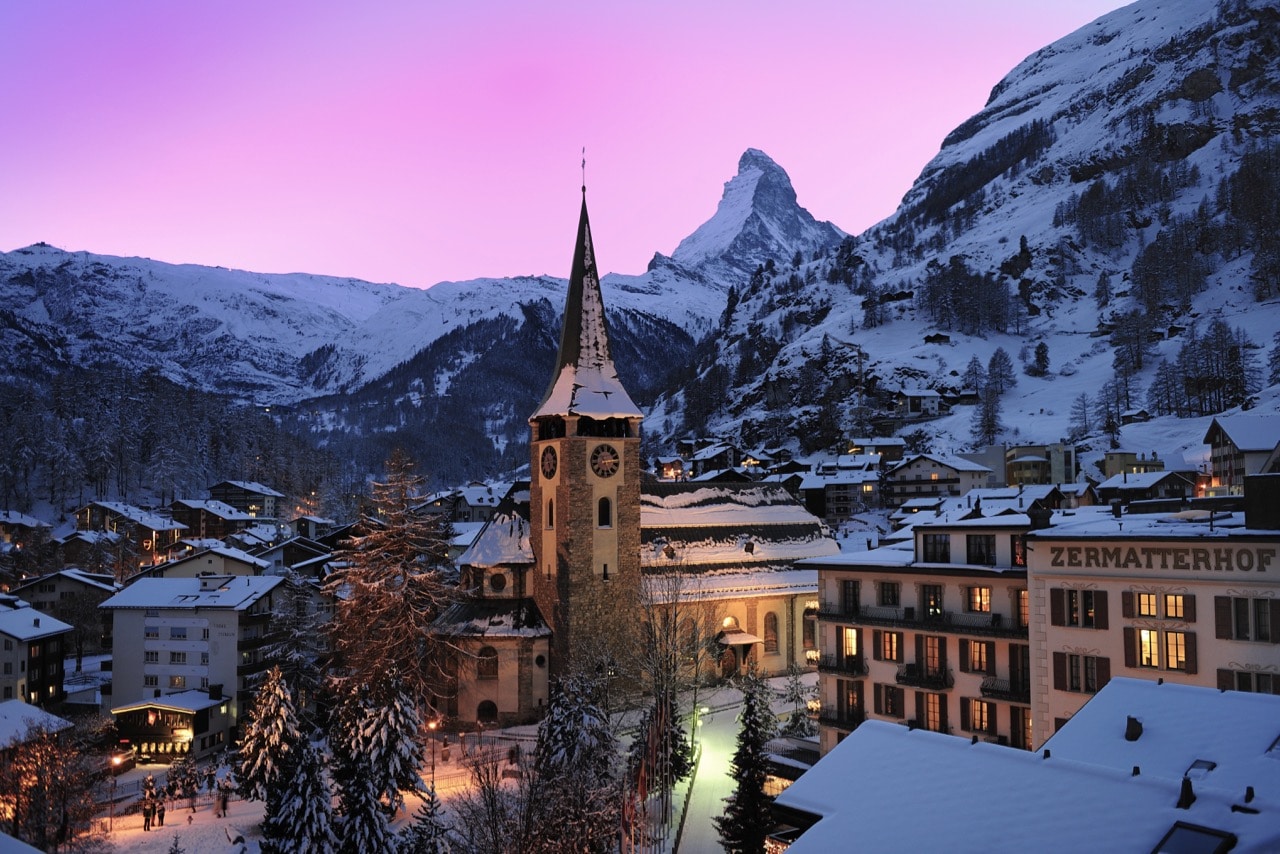 Although the Matterhorn is not the highest mountain in Switzerland, it is certainly the most famous. It straddles the Swiss-Italian border, and with its distinct pyramidal peak has become a national icon – so much so that local chocolatiers lovingly produce truffles in its lick-able likeness.

Shrouded in legend, it continues to claim the lives of several of the 2,000 people brave enough to climb it each summer. For those looking to rest and relax on a picturesque alpine holiday leave the death defying Matterhorn hike to the crazies and enjoy views of the iconic peak from the comfort of Zermatt; treat yourself to an al fresco alpine spa, indulge in a decadent cheese fondue feast, or enjoy a refreshing hike through ancient forests to jaw-dropping waterfalls. 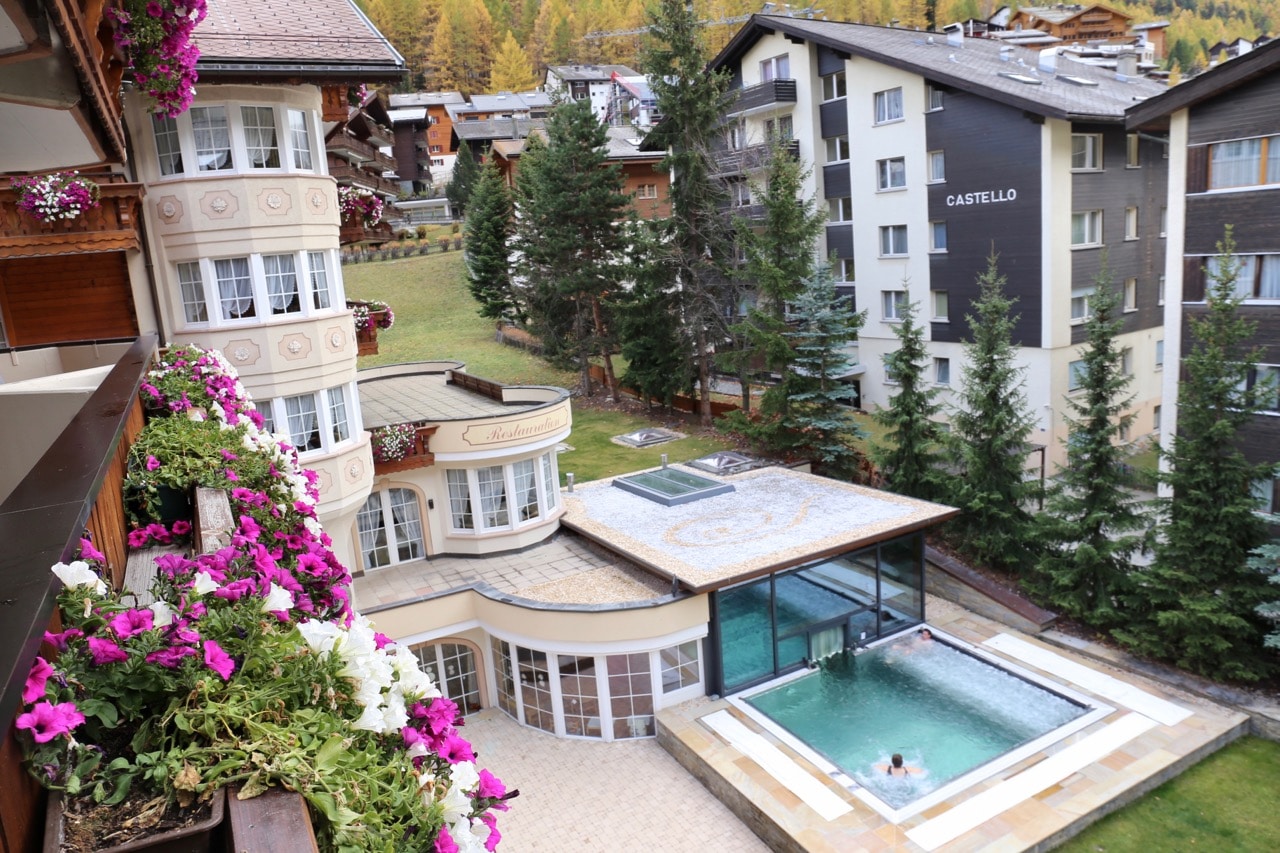 La Ginabelle Hotel is a boutique luxury property located in the heart of Zermatt featuring suites that offer spacious balconies adorned with fresh flower baskets. The hotel is located a short stroll from the gondola station, but most importantly features a spectacular spa where you can easily treat yourself for an entire day. The hotel’s spa stretches across two floors and features treatment rooms, a quiet relaxation corner, two hot tubs, Swedish dry sauna, eucalyptus steam room, and a heated outdoor pool offering spectacular views. 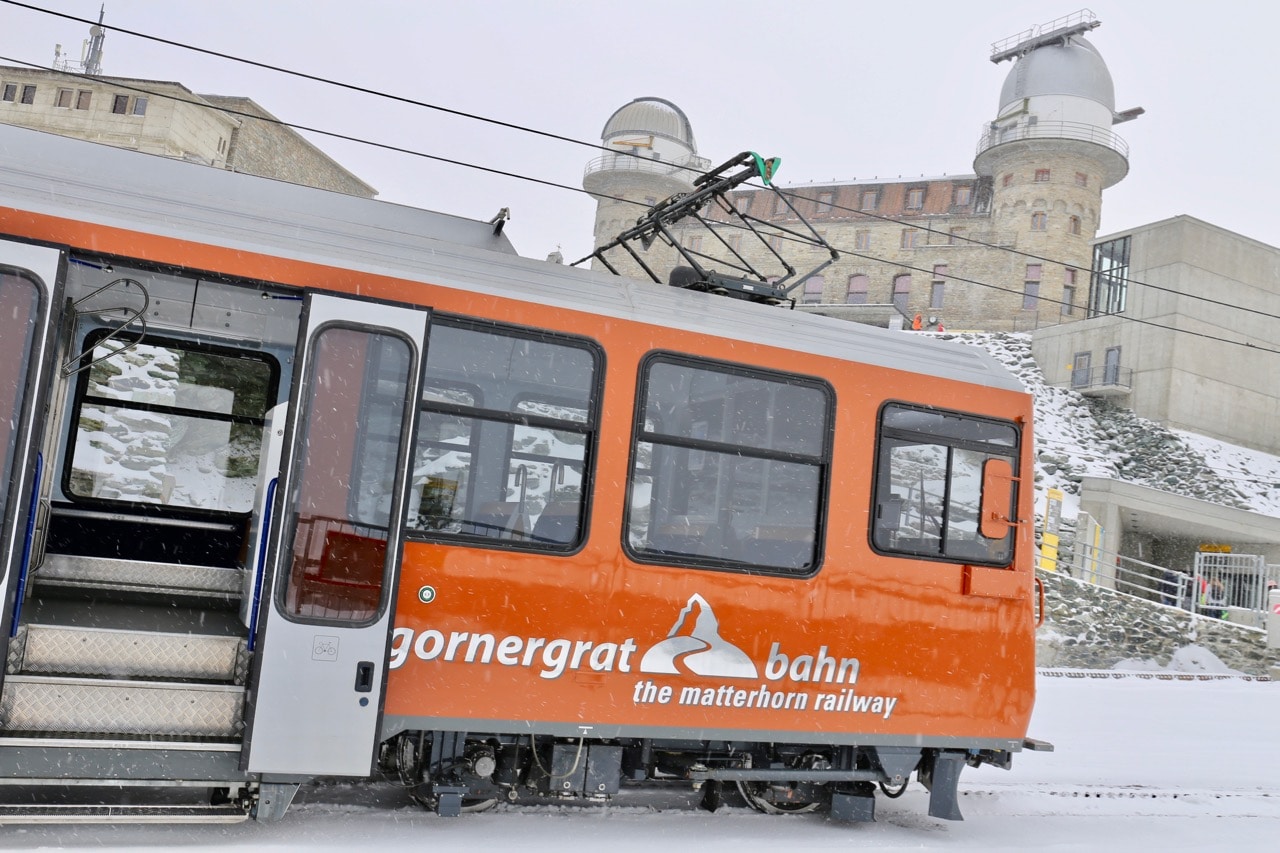 Europe’s highest open-air cog railway brings passengers direct from Zermatt station to the summit of the Gornergrat, year round. The ride takes 33 minutes and requires a vertical climb of 1,469 m. The line leads over dramatic bridges, through galleries and tunnels, across forests of larch and Swiss stone pine, and past rocky ravines and mountain lakes. It’s one of the world’s most iconic scenic train journeys, a must-do for Zermatt newbies.

On a clear sky day the panorama from Europe’s highest hotel, the Kulmhotel Gornergrat is considered to be one of the Switzerland’s most beautiful. Spin 360 degrees and you’ll see the Monte Rosa Massif with the highest Swiss mountain and a view over the second-largest glacier in the Alps, as well as 29 distinct snow-capped peaks. 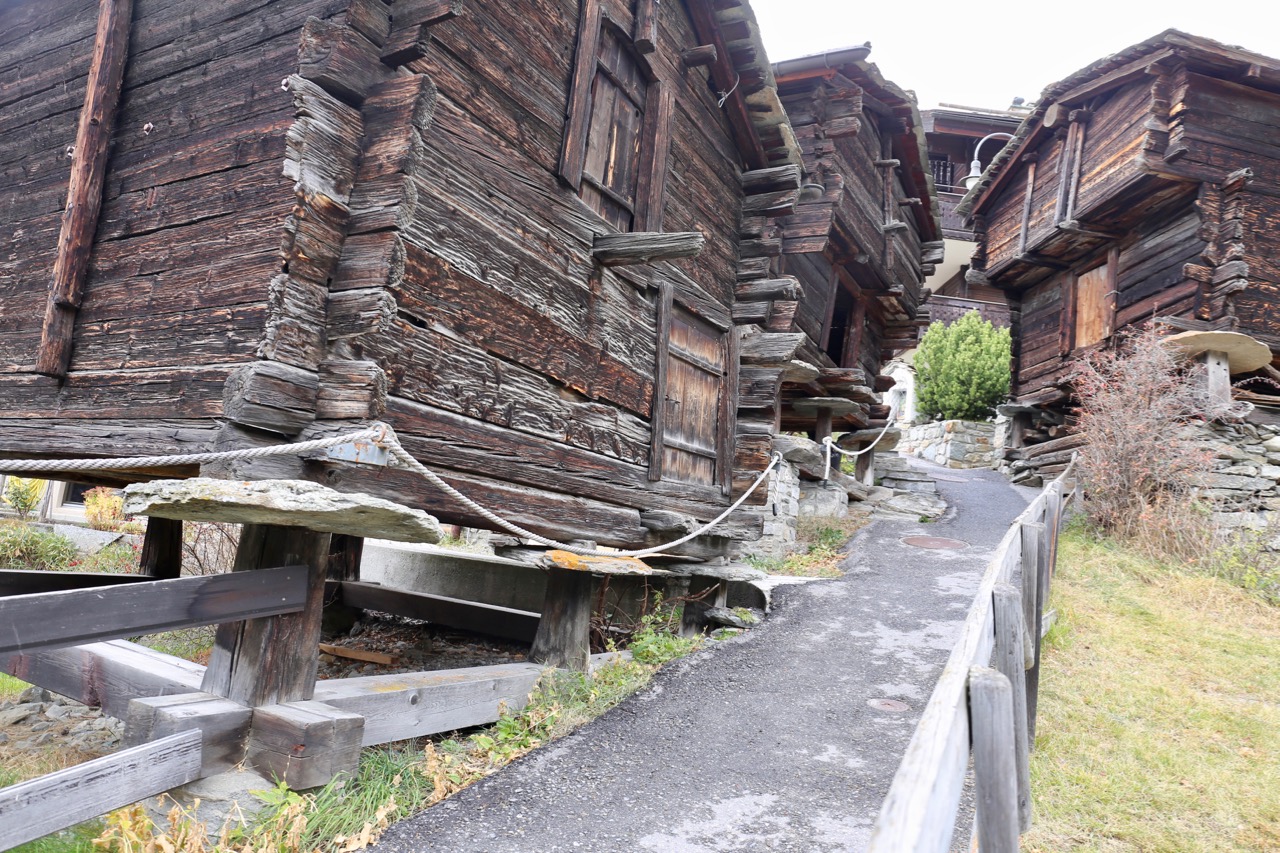 I fell in love most with Zermatt’s fairytale architecture. The village and its surrounding hills are dotted with cute Swiss chalet’s, while in the old town you can find winding laneways flanked by historic sheds. The petite sheds were often used by local sheep farmers to store hay, feed and equipment. Look closely and you’ll see that each shed is raised above ground, propped on four pillars which rest under flat rocks. An ingenious Swiss solution to the pesky rodent problem. 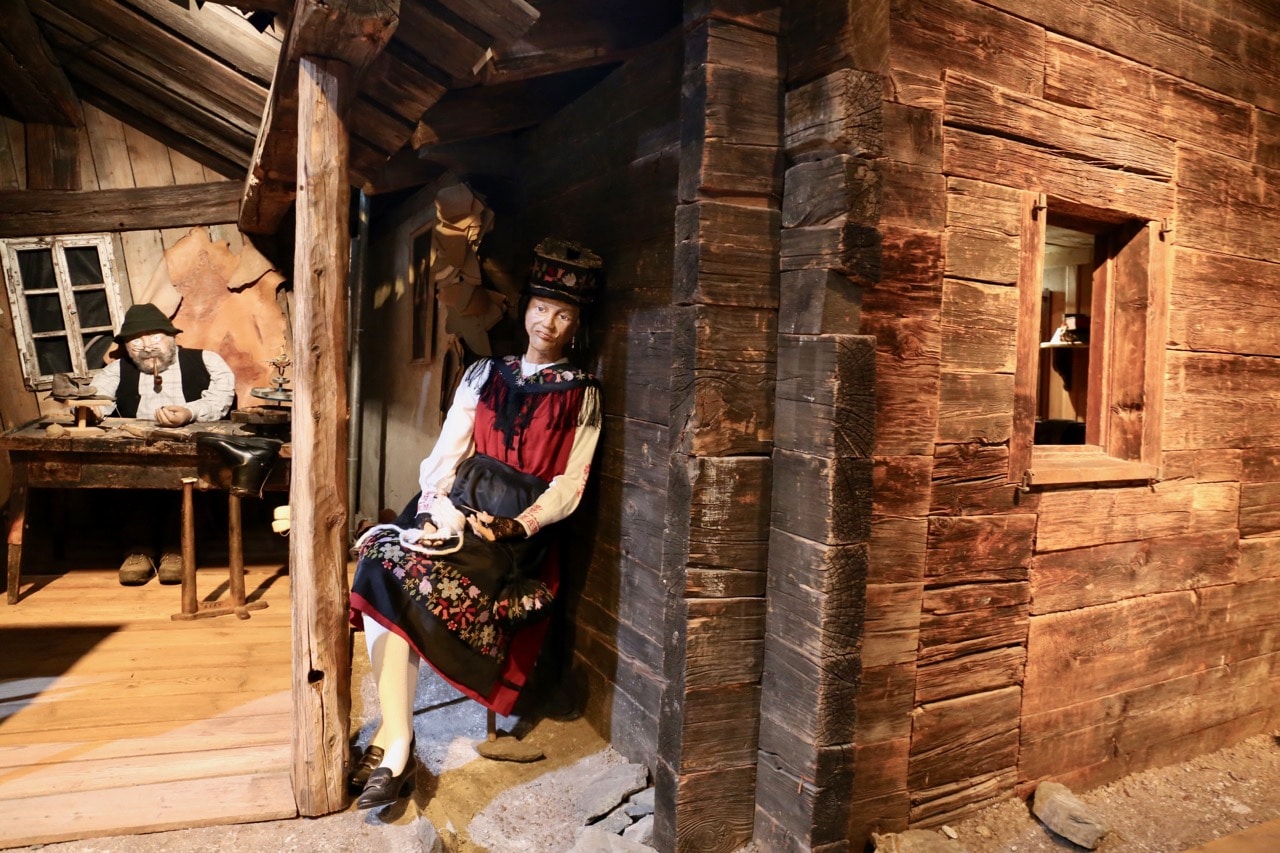 The Matterhorn Museum, an underground, state-of-the-art folk village provides fascinating insight into Valaisian village life, mountaineering, the dawn of tourism in Zermatt and the lives the Matterhorn has claimed. Short films portray the first successful ascent of the Matterhorn on 14 July 1865 led by Edward Whymper, a feat marred by tragedy on the descent when four team members crashed to their deaths in a 1200m fall. 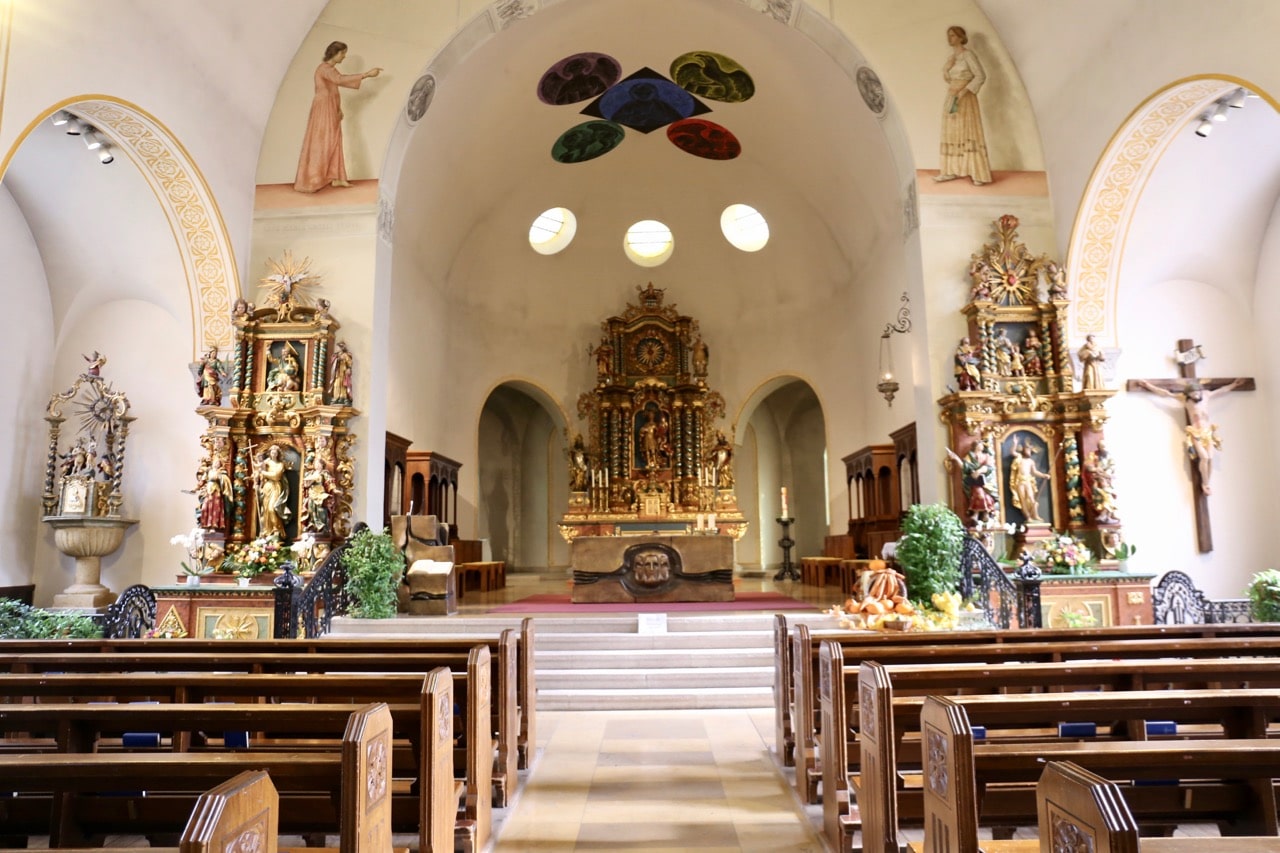 Just across the street from the museum you’ll find St Mauritius, a parish church which dates back to 1285. The current structure was built in 1913 and features a beautiful 18th-century altar. Just south of the church you’ll find the Mountaineers’ Cemetery, a moving memorial to all the climbers who have lost their lives here. 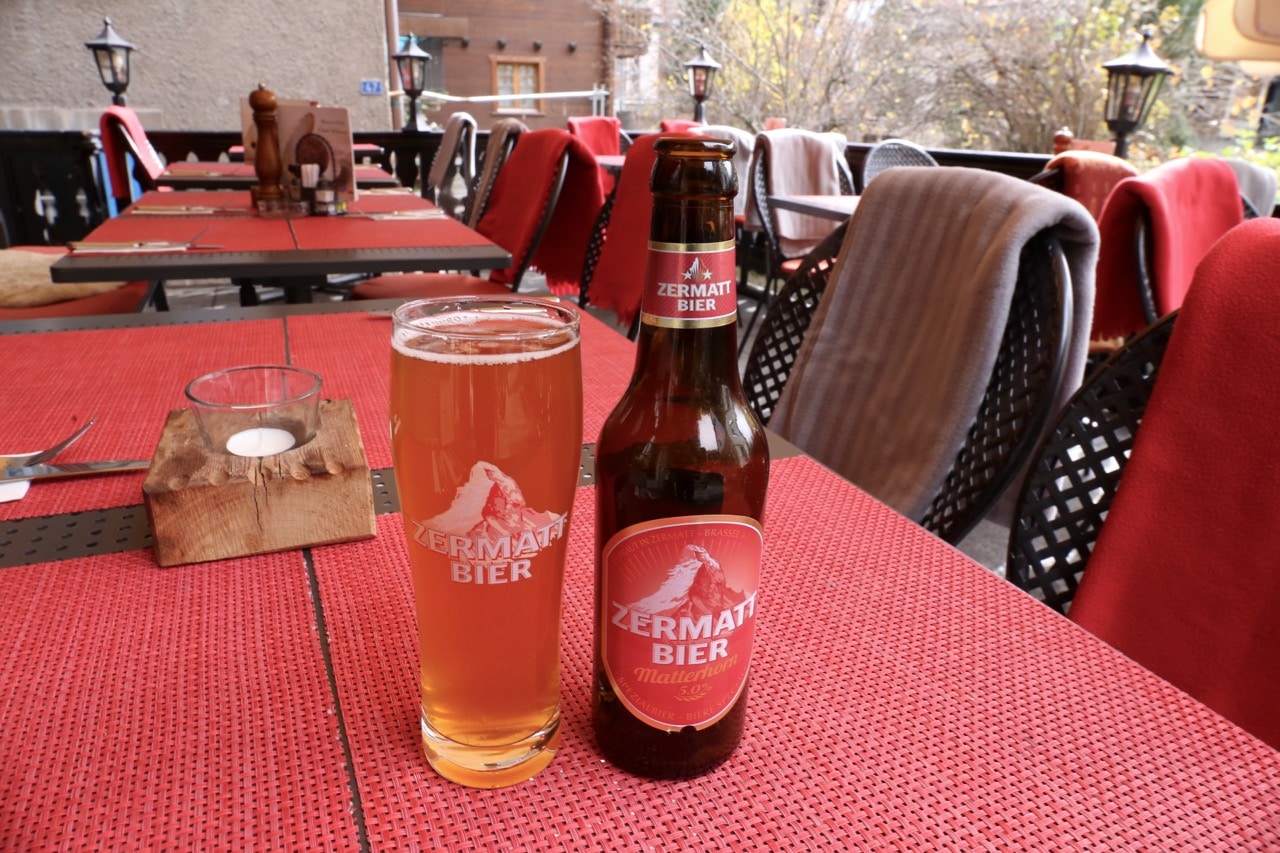 If you’re looking to quench your thirst after a long day spent skiing the slopes or hiking the hills order a pint of Zermatt Bier. The unfiltered and unpasteurized lager is brewed locally using pure spring water from the Zermatt Alps and pairs perfectly with the region’s popular Valais Platter featuring a selection of dried meats, curls of thinly sliced Gruyere, and pickled onions. 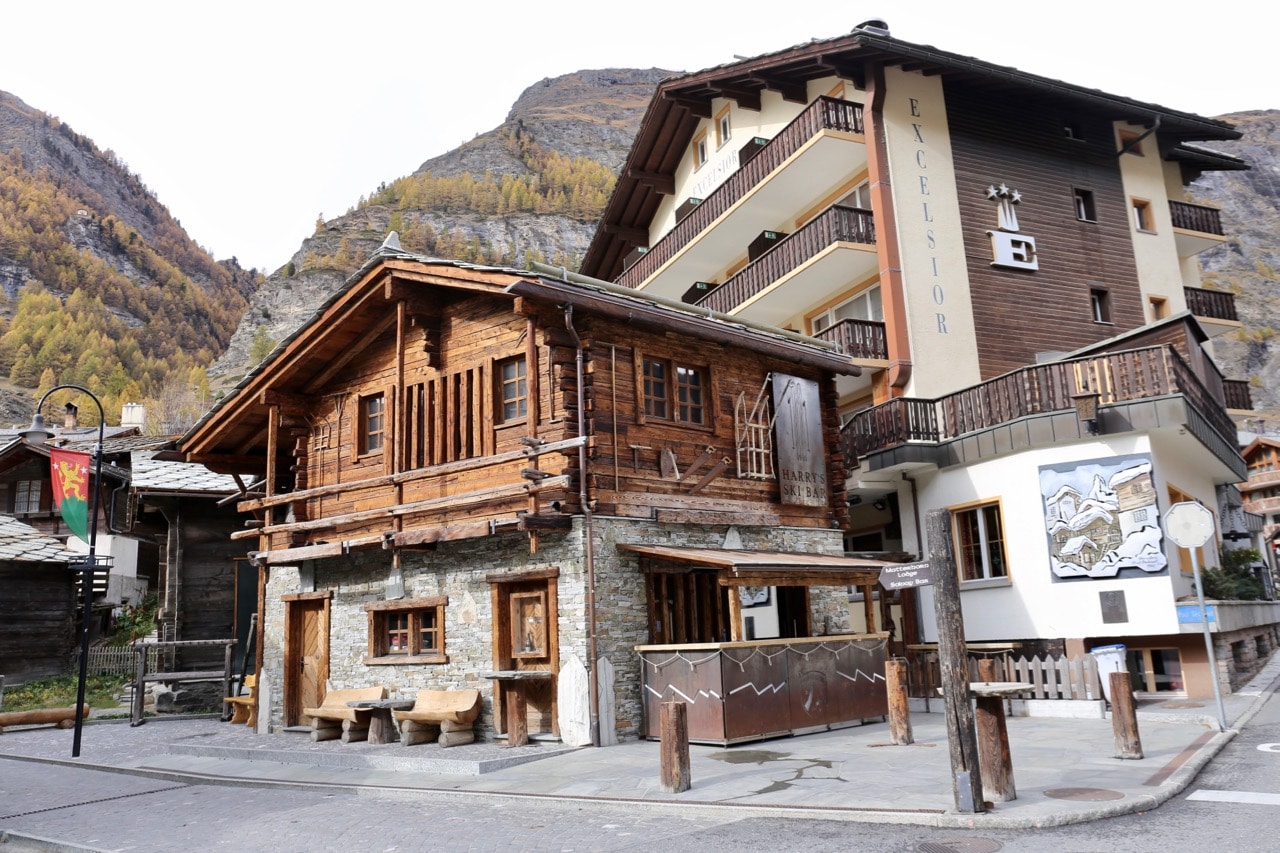 Craft cocktail and pop dance fans enjoy après ski sippers each evening at Harry’s Ski Bar. In 1902, Harry’s grandfather Alois Biner built the now iconic “chicken shack,” and well into the 1960s it was used to house grandma’s chickens. Now, 115 years later, it has been rebuilt and refurbished as a genuine skiers’ bar by Harry Lauber & his son Fabian.

Cheese fans keen to romance themselves over a fondue dinner for two should book a reservation at Restaurant Schäferstube. Crack open the door and you’ll find yourself transported into a magical timber and sheep wool adorned dining room. Take a peak at the open kitchen and you’ll spot a booming fire and team of cooks who each night lovingly stir hundreds of pots of bubbling wine and Gruyere muddled fondue.