Taiwan’s political and financial heart, Taipei is one of the most densely inhabited cities on Earth. Surrounded by mountains at the northern tip of the island, the capital is a melee of motor scooters, markets, skyscrapers and temples, with almost three million people packed into the Taipei Basin.

Don’t be put off by first impressions: much of its architecture is shabby and unattractive, the result of slapdash construction in the early years of Kuomintang rule, primarily to accommodate almost one million new arrivals from China in 1949. The KMT government (and many residents) regarded Taipei as a temporary home, a base from which to launch the recovery of the mainland. Not any more – Taipei’s newest buildings are smart, stylish and built to last, and offers visitors the most cosmopolitan vibe on the island. 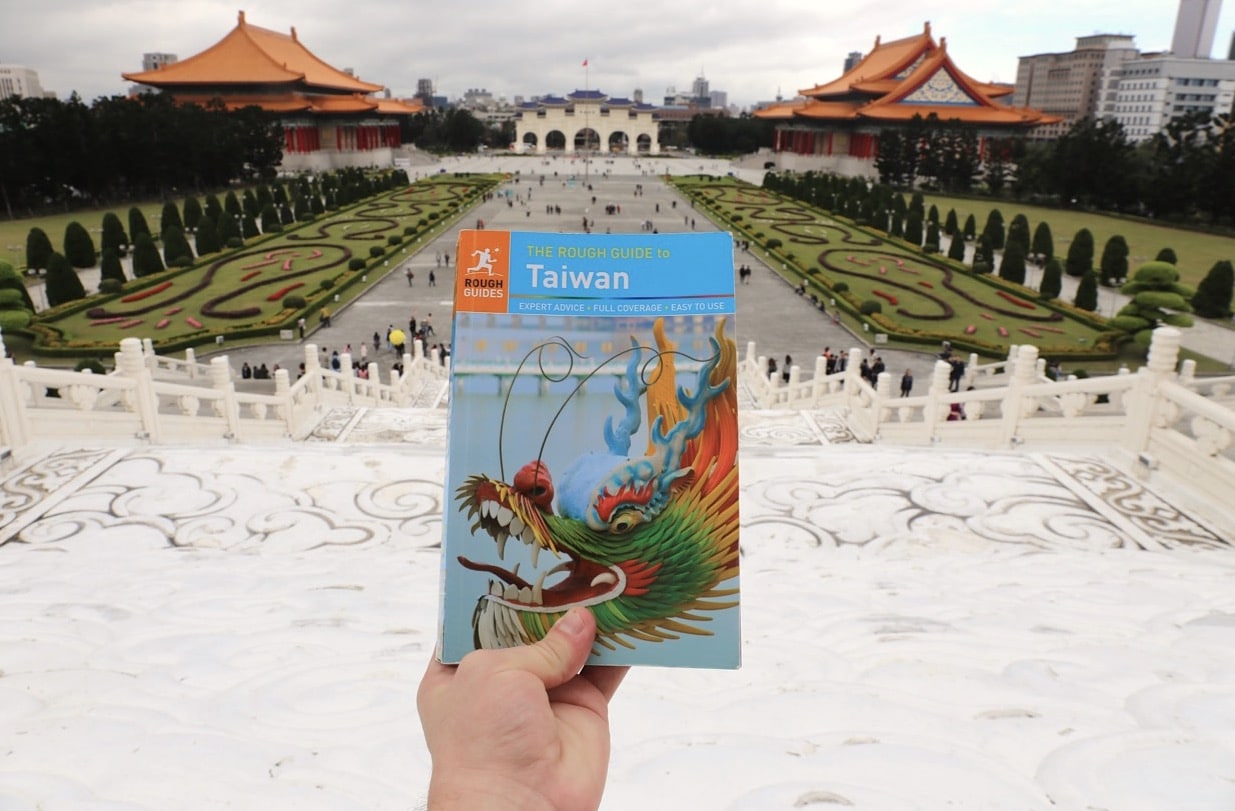 Things to Do in Taipei

After spending a week exploring the city what would I miss most? Taipei’s clean, efficient, easy to use and affordable (only $1) public transit system. I adventured through Taipei’s MRT with my trusty Rough Guide to Taiwan. I’ve been using Rough Guides for years and love that they cover all budgets, from thrifty guesthouses to luxurious resorts, appealing to backpackers and well-heeled travellers alike.

The Rough Guide to Taiwan has more than 50 full-colour maps, along with suggested itineraries and regional highlights. The authors painstakingly researched all of Taipei’s top attractions, offering insider tips on the most authentic tea house in Maokong, the best time to enjoy a street feast at Shilin Night Market and when to catch the changing of the guard at Chiang Kai Shek Memorial Hall.

Browse detailed chapters, gaining insights into the country’s complex and tumultuous history, or get fast-fix itineraries and ‘Top 5’ boxes that pick out the highlights you won’t want to miss. 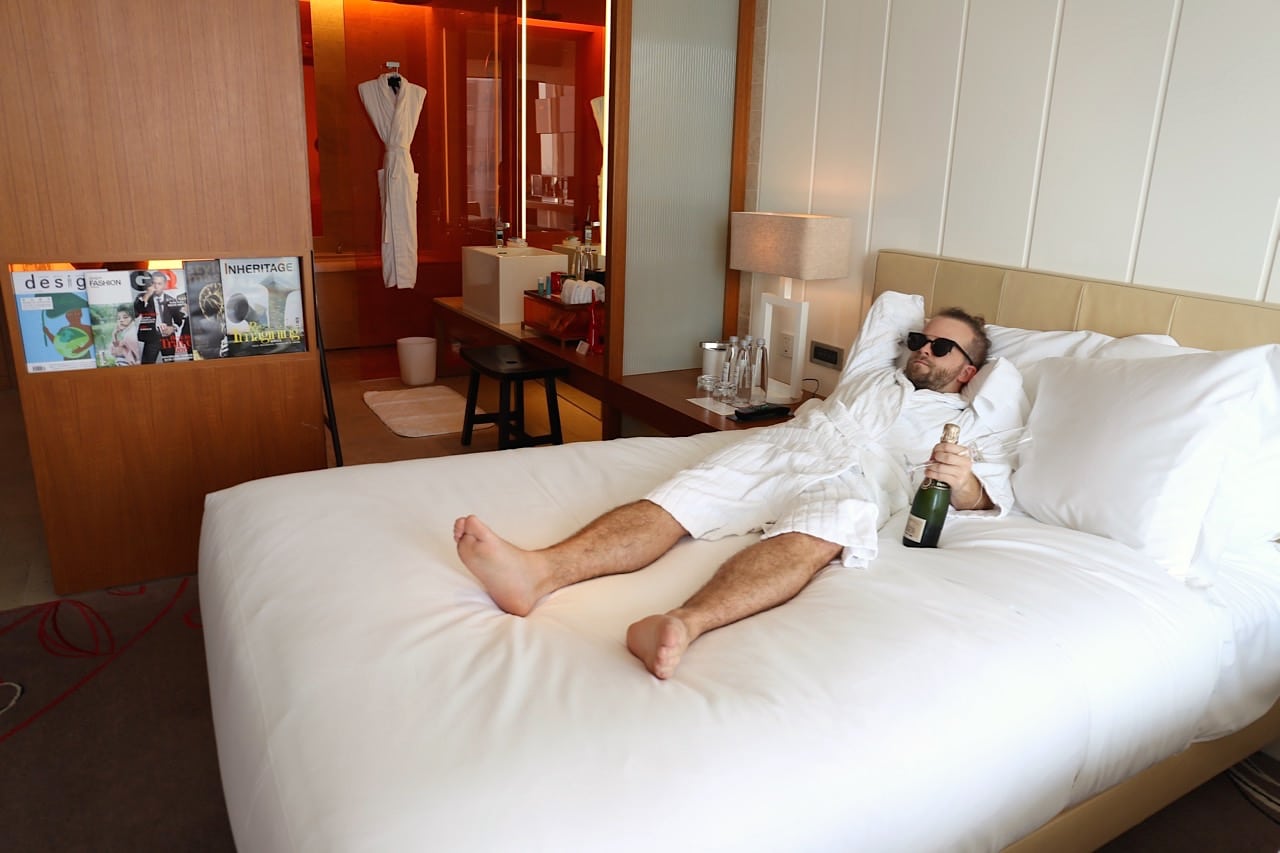 Sweet Suite at the W Taipei

W Taipei’s 405 guest rooms and suites have been designed as private sanctuaries inspired by nature with spectacular urban views. Warm-coloured stones, burnished wood and lush electrified floral carpeting contrast with modern, subtle lighting inspired by Chinese lantern boxes. Each guest room features an interior balcony/play pad, a great place to relax in the serenity of the room amidst cosmopolitan Taipei, the signature ultra-comfortable W Bed with its 350-thread count linens and a sleek, modern white work station with a leather ergonomic chair. An oversized vacation-style islander tub takes command in the bathroom, set against chartreuse-coloured subway-inspired wall tile and a wooden partition. 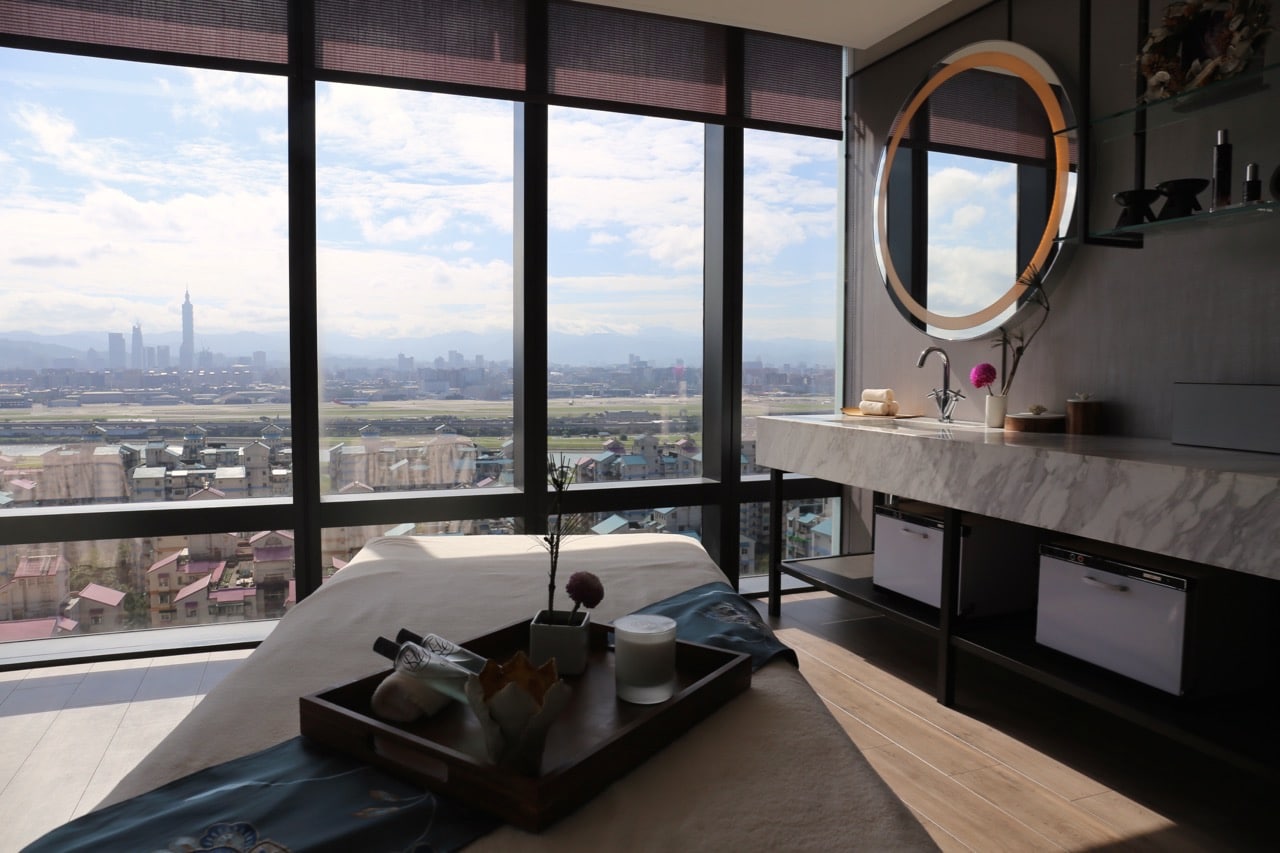 Rest and Relax at SPA Above 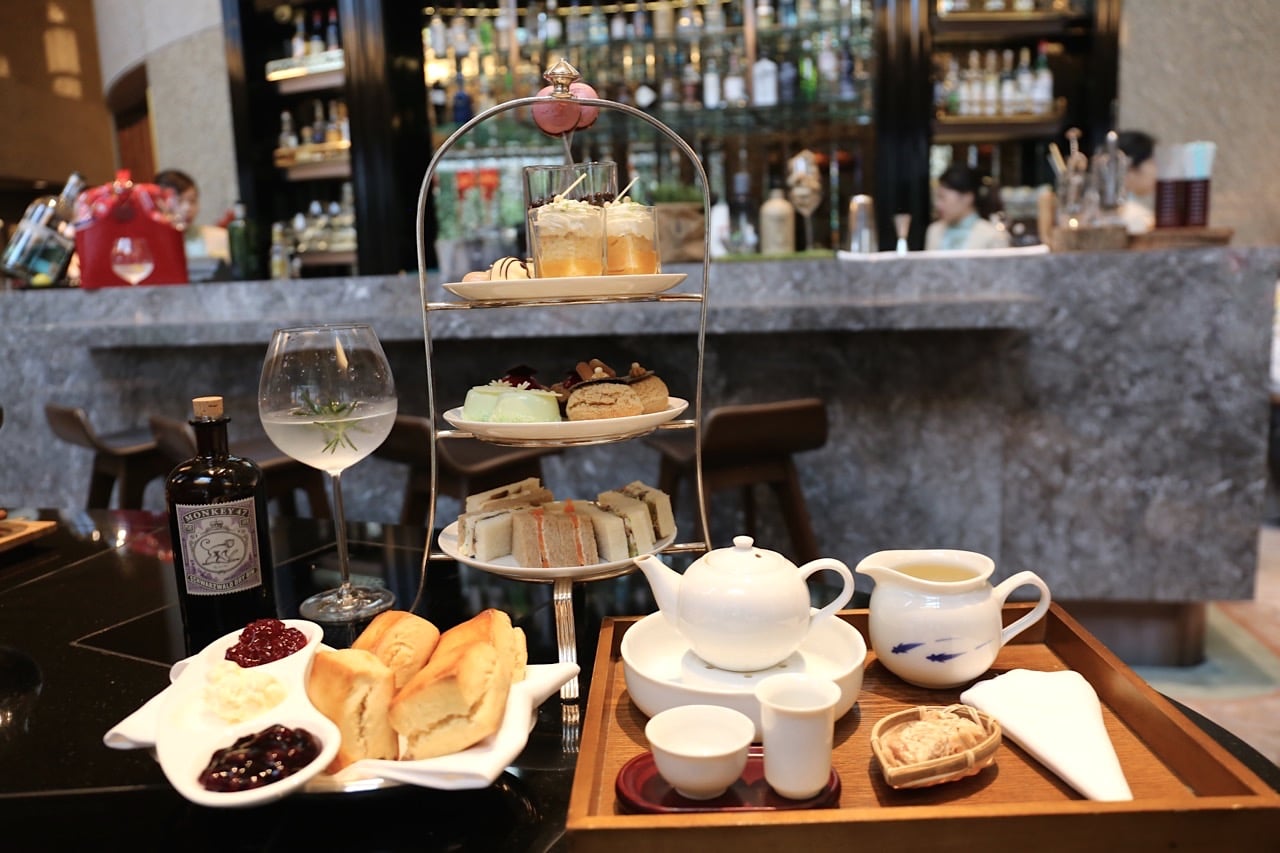 If you’re feeling peckish midday skip into the Shangri-La’s Far Eastern Plaza Hotel’s Lobby Court to indulge in High Tea. In honour of the British tradition, pastry chefs at the hotel offer a classic three tiered service featuring petite finger sandwiches, selection of sweet French pastries, scones slathered in cream and jam and a selection of loose leaf teas. If you’re in a celebratory mood hop up at the bar and watch mixologists muddle cocktails from a selection of over 30 gins from around the world. 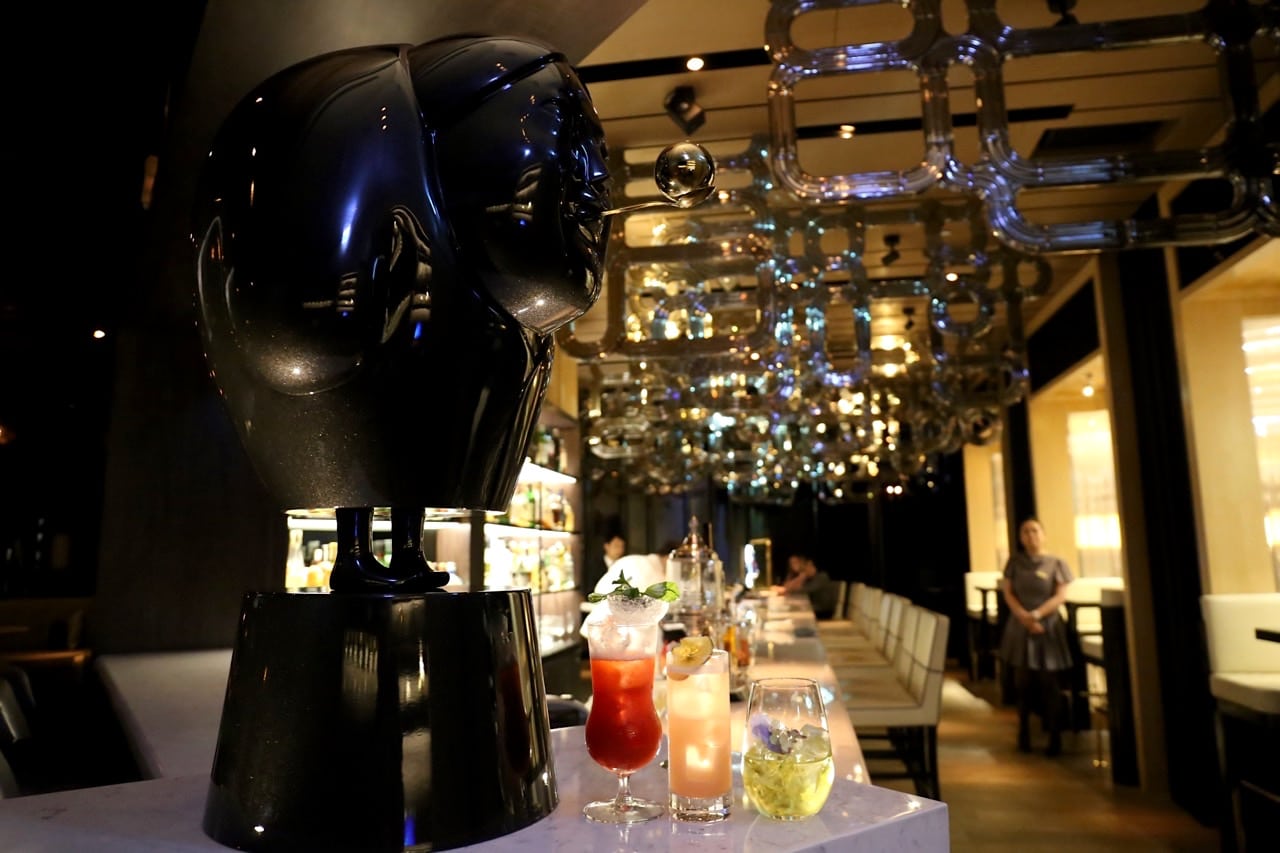 Craft Cocktails at the Mandarin Oriental

Enjoy an elegant thirst quench at the Mandarin Oriental Taipei’s intimate MO Bar. With inspiration taken from the Art Deco movement of the 1920s, it’s one of Taipei’s most exclusive nooks worthy of a slow sip (or two). Beautifully designed with a central island bar and a variety of intimate seating areas, the bar offers a selection of expertly crafted cocktails and fine champagnes. Highlights for craft cocktail fans include strawberry and raspberry muddled Russian Spring Punch, oolong tea vodka spiked Mandarin Fizz and Mo White Negroni perfumed with orange blossom water. 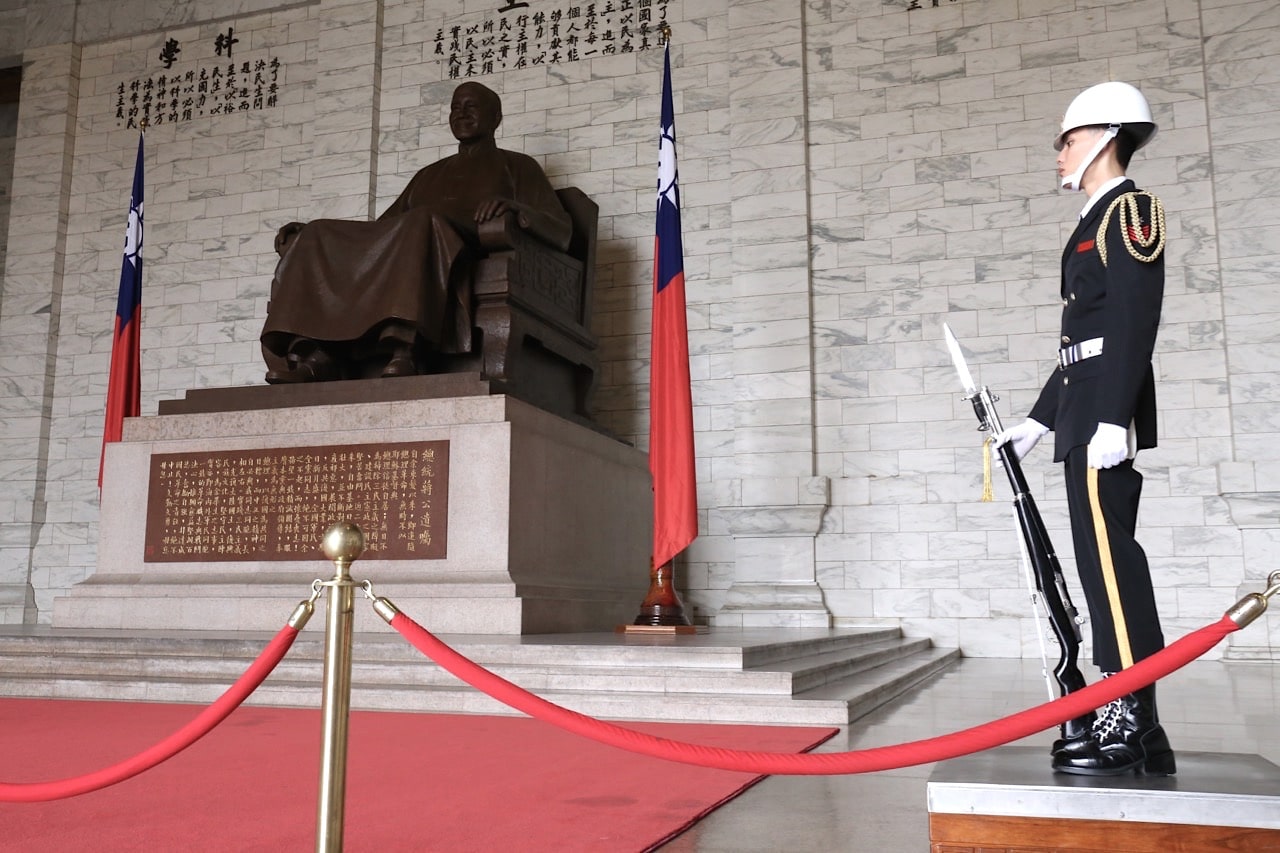 Built as a shrine to commemorate the man who – admire him or loathe him – did more to create modern Taiwan than any other, the memorial hall sits at the centre of a grand plaza (known as Liberty Square), its striking 70m octagonal roof designed to resemble the Temple of Heaven in Beijing and covered with blue glazed tiles. Start by climbing the 80 granite stairs to the main hall, which contains a giant bronze statue of the Generalissimo under an elegant red-cypress-wood ceiling. The hourly changing of the guard here is an elaborate ceremony that takes around ten minutes. 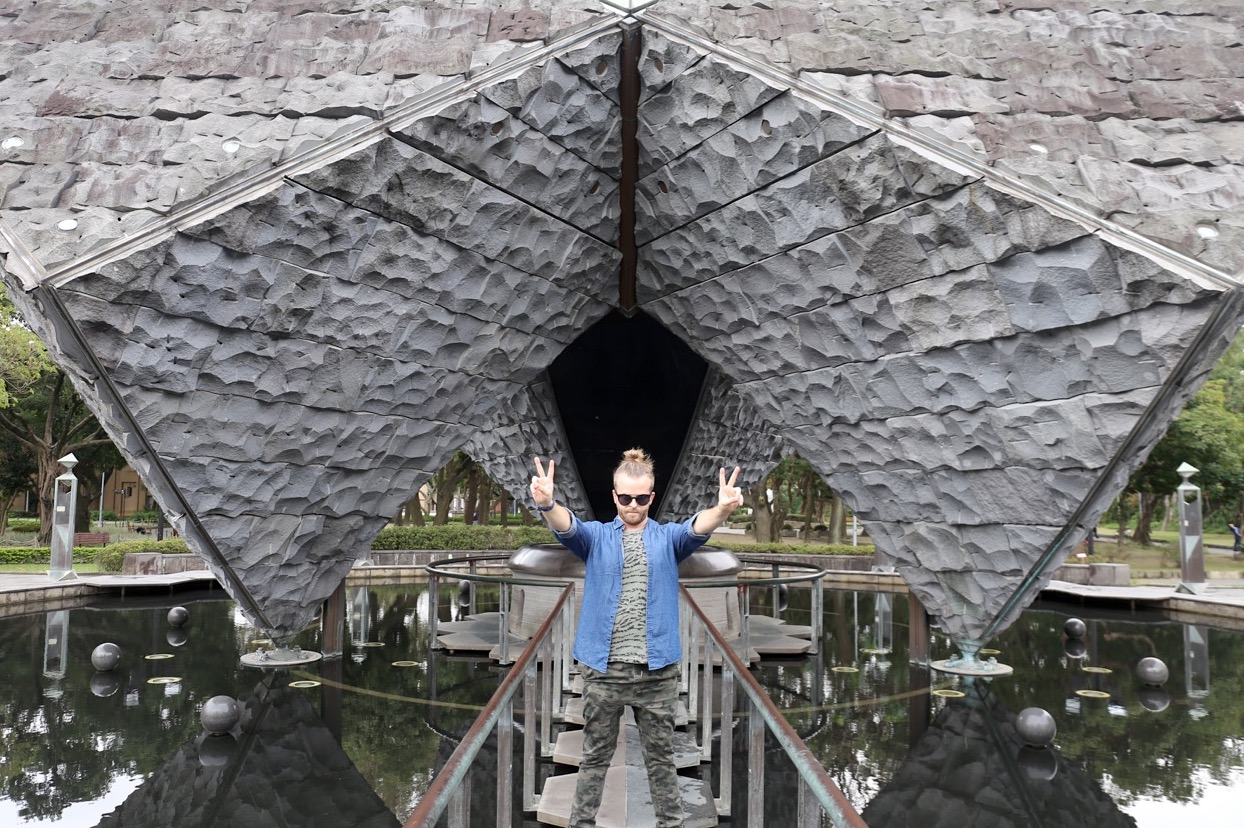 2-28 Peace Park was created by the Japanese in 1899 and was known as Taipei Park until 1977. It was renamed by former Taipei mayor Chen Shui-bian to commemorate the tragic massacre that began on February 28, 1947. The park was featured heavily in Pai Hsien-yung’s groundbreaking novel Crystal Boys, which highlights the struggles of Taipei’s gay community in the 1960s, but today it’s a popular place for locals to stroll.

In the southeast corner of 2-28 Peace Park, the former home of Japan’s colonial Taipei Broadcasting Bureau has been converted into the 2-28 Memorial Museum, a fascinating if sobering place to learn about the 2-28 Incident and subsequent struggle for democracy in Taiwan. 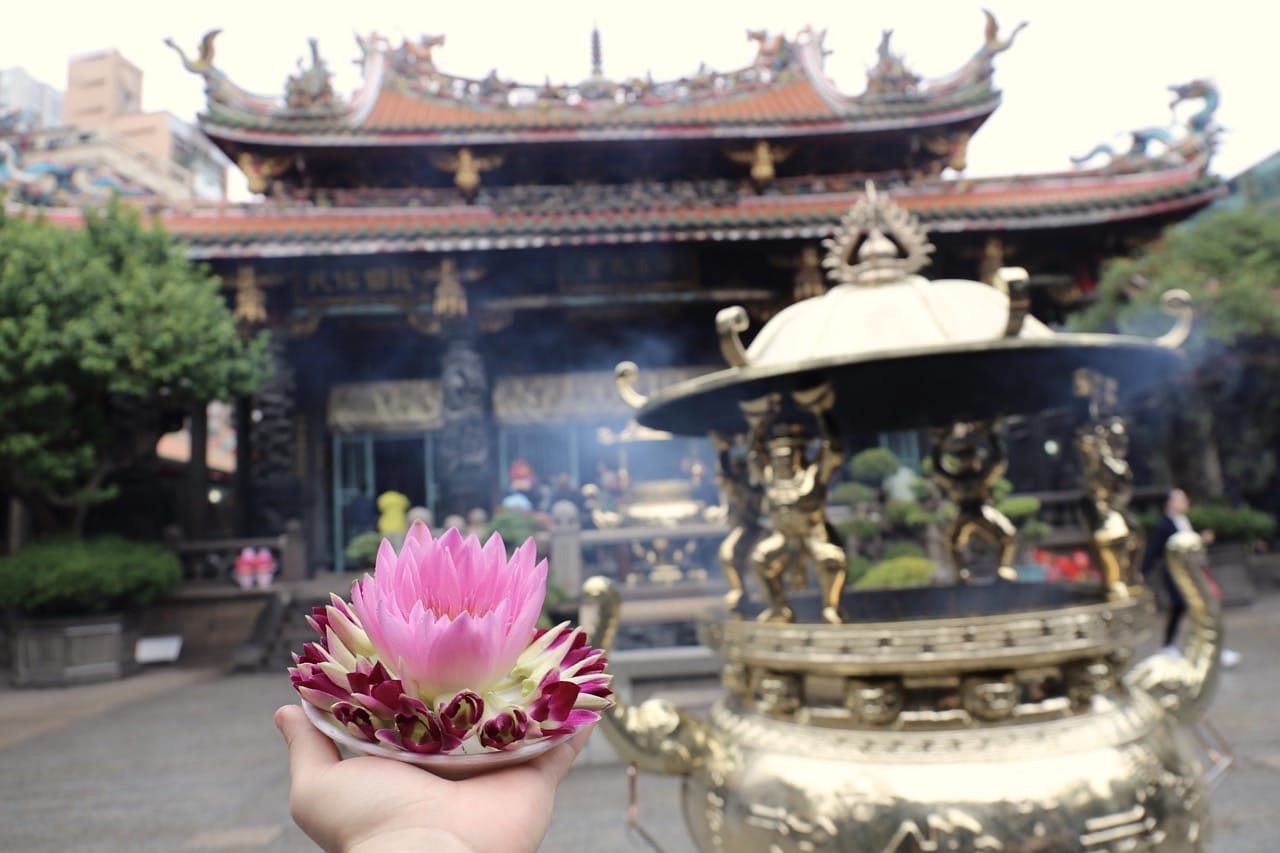 The most important of Wanhua’s “big three” temples (the others being Qingshui and Qingshan), Longshan Temple is the ideal place to soak up Taiwan’s vibrant religious traditions. The temple was established in 1738 (making it Taipei’s oldest), renovated 1919-1924 and partially rebuilt after US bombing destroyed much of the complex during WWII. It’s principally a Buddhist temple dedicated to the Bodhisattva Guanyin, but there are more than a hundred deities worshipped here, mostly from the Taoist pantheon. 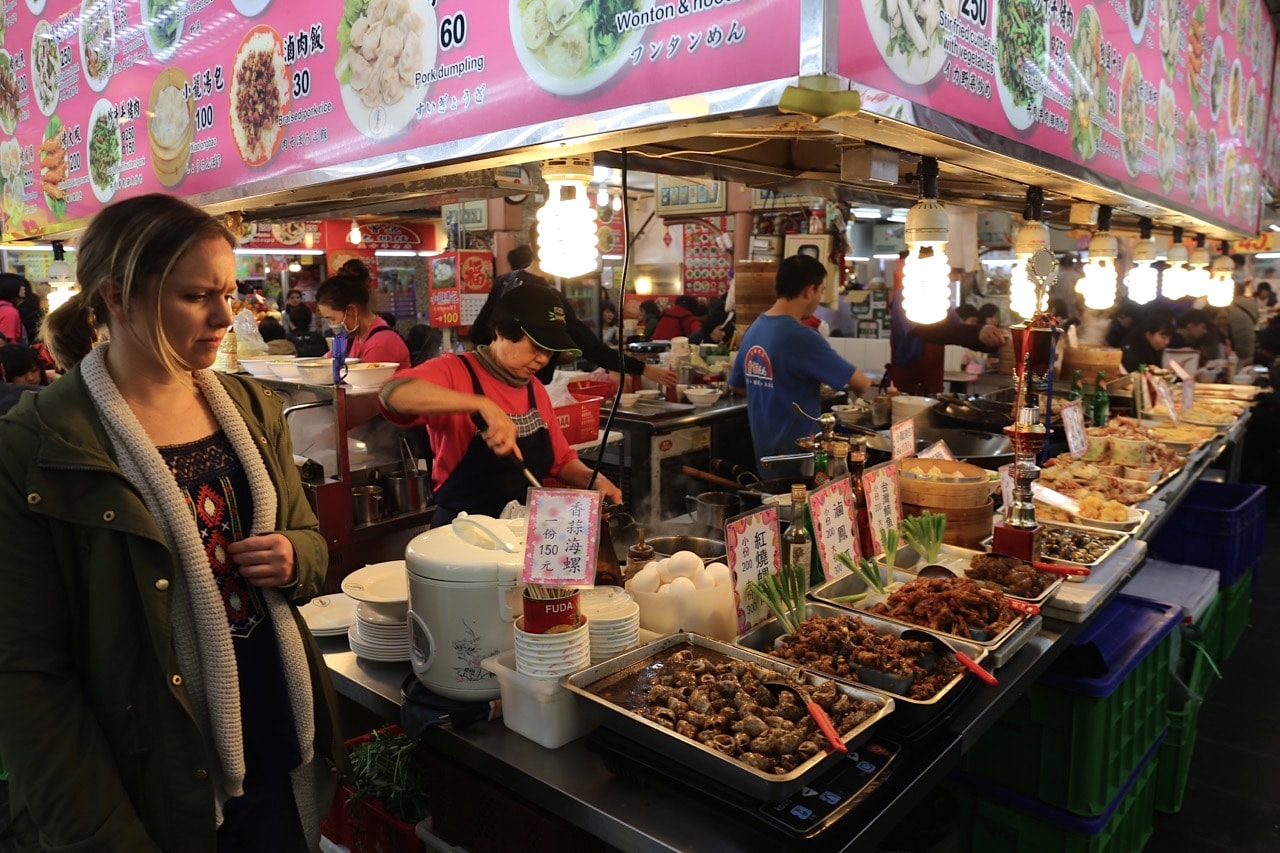 The city’s biggest and oldest night market, dating from 1910 is a must visit for serious foodies.  In the old Shilin Market building you’ll find over 540 food vendors serving up sizzling oyster omelet, stinky tofu and bowls of steaming noodles.

In addition to the food court, side streets and alleys are lined with storefronts and roadside stands. Cinemas, video arcades, and karaoke bars are also prevalent in the area. Like most night markets in Taiwan, the local businesses and vendors begin opening around 4:00pm. As students begin returning home from school, crowds reach their peak between 8-11pm (though businesses continue operating well past midnight and close around 2am). 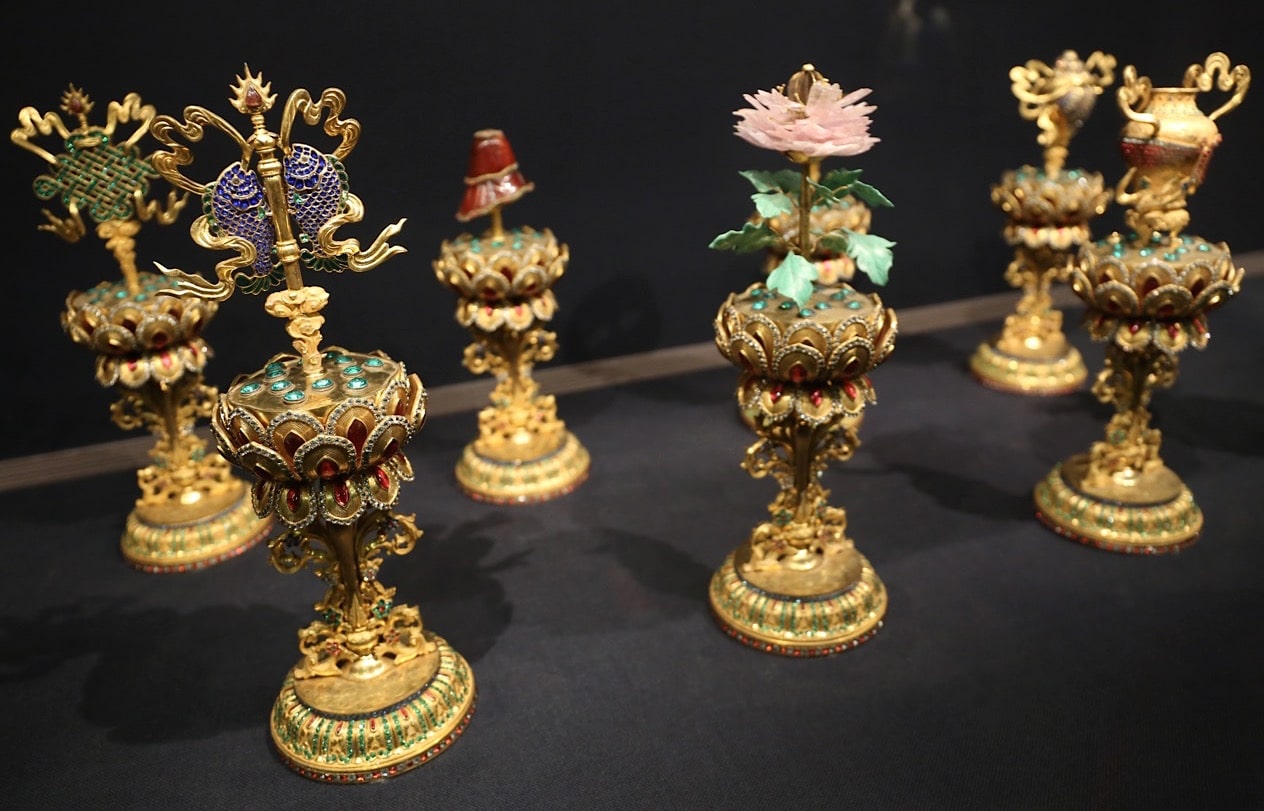 The National Palace Museum is the most famous attraction in Taiwan, pulling in over two million visitors a year with its unparalleled collection of Chinese art, a priceless treasure trove going back five thousand years. The museum also owns hundreds of documents, pieces of furniture, rare books and official decrees issued by the Imperial Chinese government, as well as masses of everyday items that provide a fascinating insight into life at court. Very little of this has to do with Taiwan of course – the contents are a legacy of Chiang Kai-shek’s retreat from China in 1949, when the former Imperial art collection was shipped, crate by crate, across the Taiwan Straits. While the Forbidden City in Beijing has more items, the finest pieces ended up in Taipei, becoming a contentious and often heated political issue between the two countries. 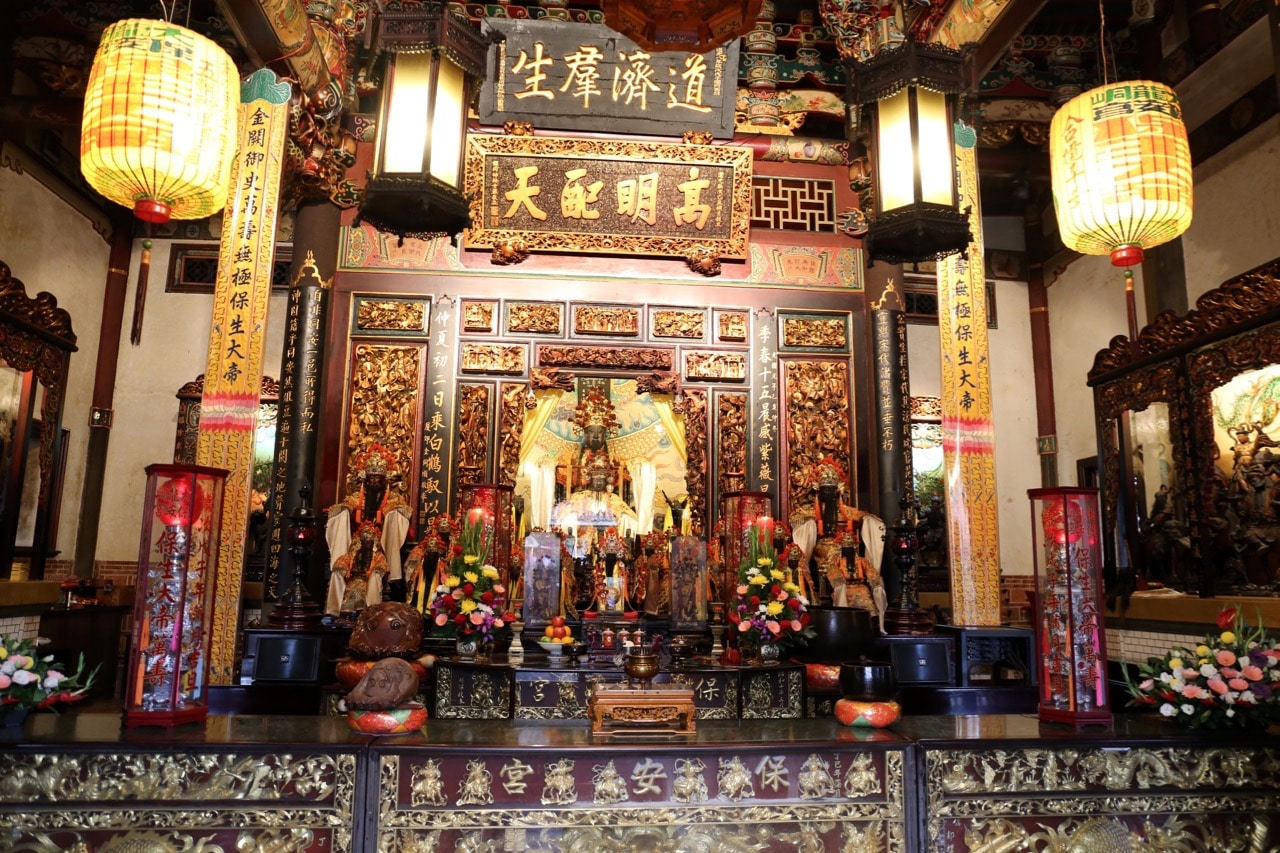 Baoan Temple is Taipei’s most beautiful shrine. Though there are many deities enshrined here, the principal figure is Baosheng Dadi, regarded as a god of medicine and healing. Tradition maintains that immigrants from Xiamen began worshipping here in 1742 and a simple shrine was completed in 1760, but the first official temple was constructed between 1805 and 1830. The temple won a UNESCO conservation award in 2003 in recognition of the incredible restoration work completed in the 1990s. 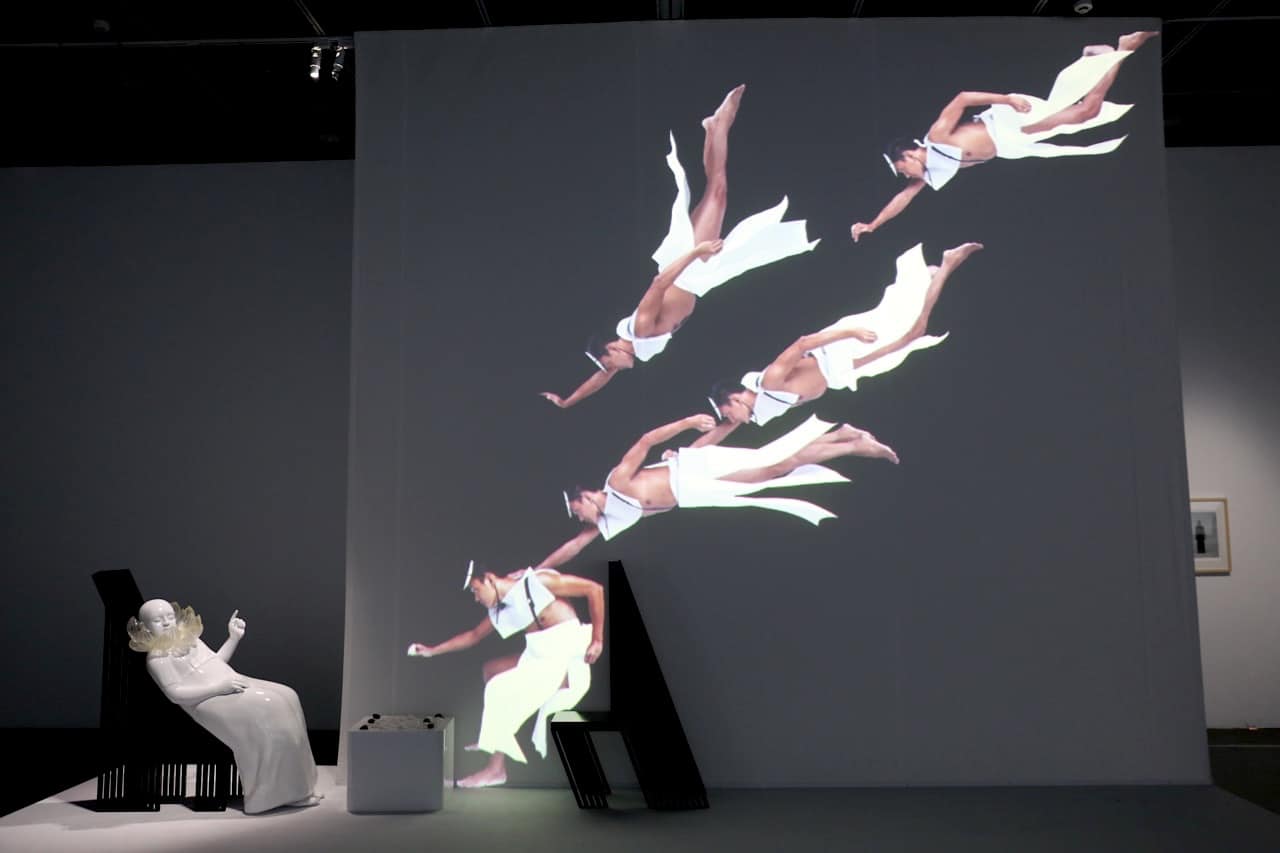 Occupying one of the most attractive Japanese-era buildings in the city, the Museum of Contemporary Art is an innovative modern art gallery. Constructed in the 1920s and 1930s, it served as an elementary school and Taipei’s City Hall before opening as MOCA in 2001. The thought-provoking temporary exhibitions here feature international but primarily Taiwanese artists and include contemporary painting, installation art, sculpture, photography and film. 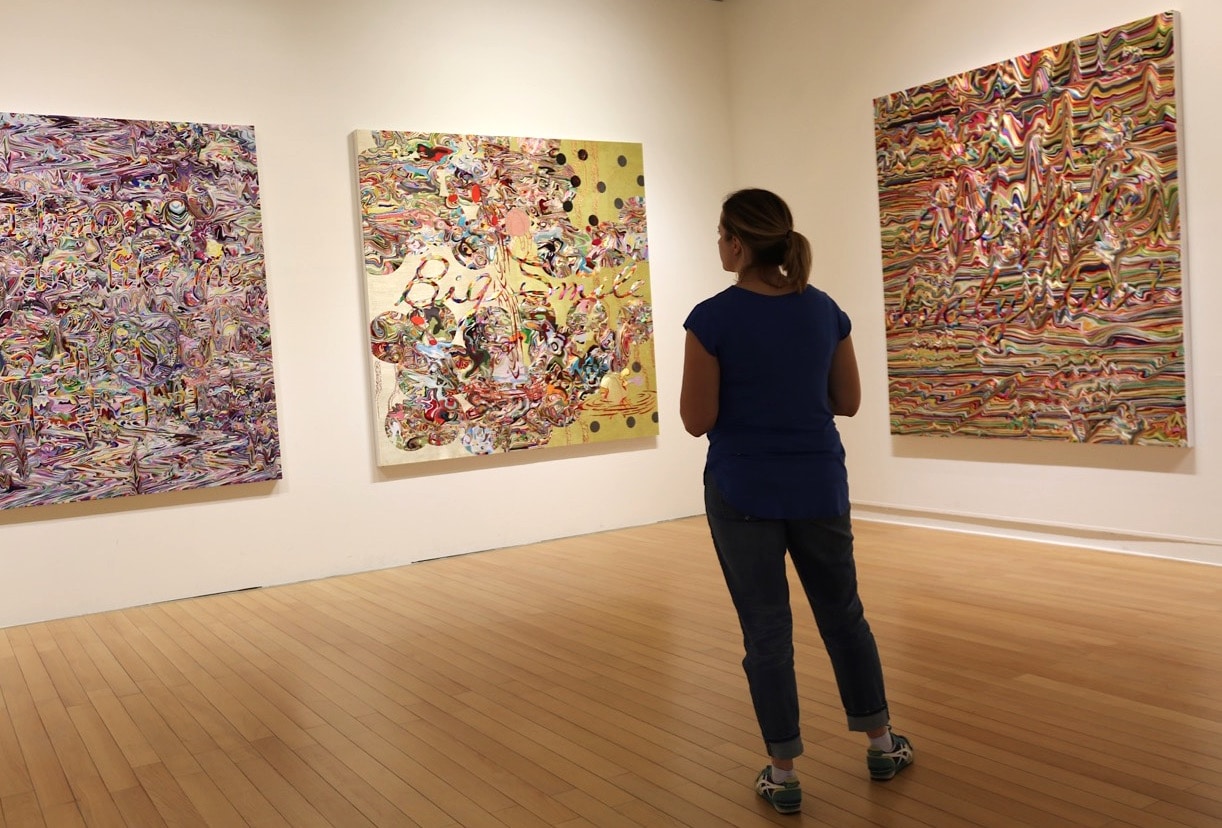 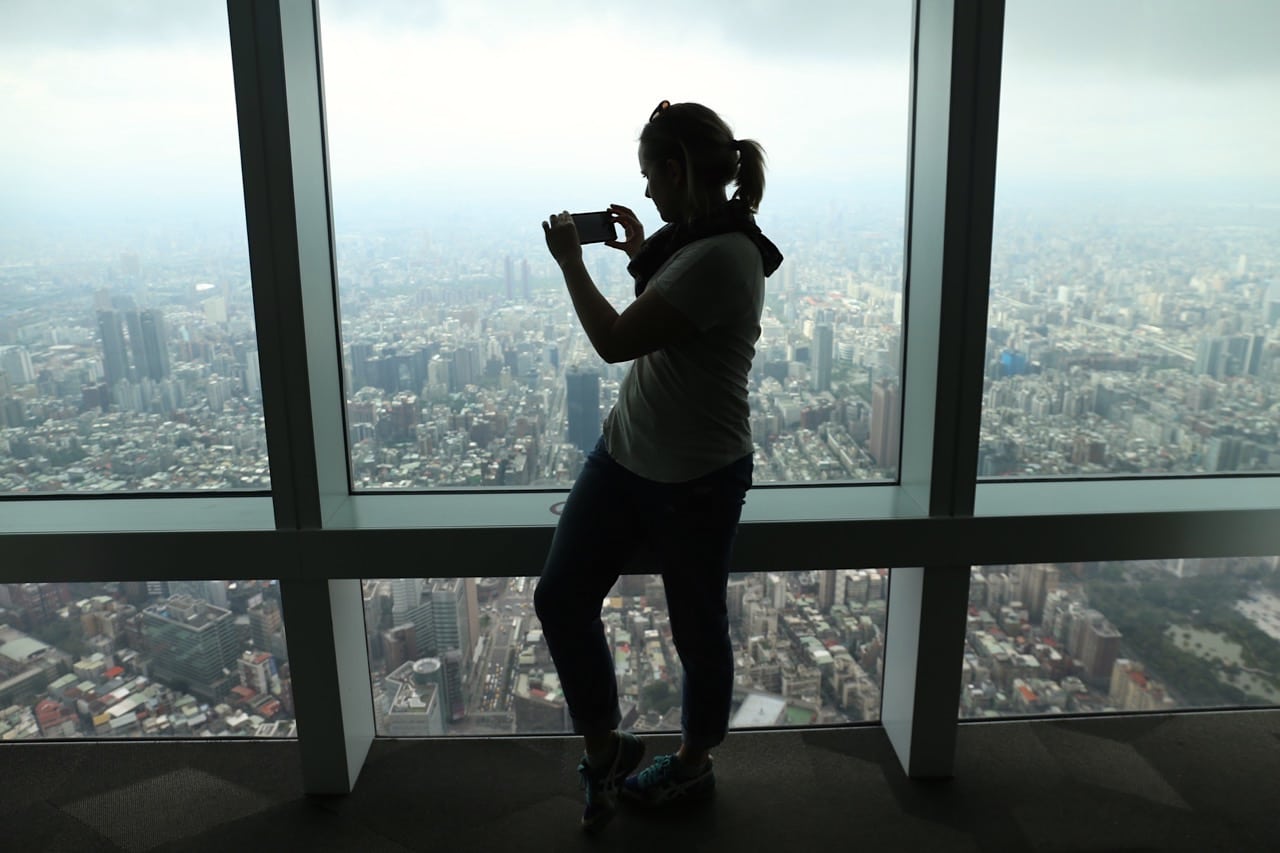 Looming over Xinyi, and indeed the whole of Taipei, Taipei 101 became the world’s tallest building on completion in 2003 – it was surpassed by Dubai’s Burj Khalifa in 2009. Designed by Taiwanese architect C.Y. Lee to resemble a stalk of bamboo, it is 508m (and 101 storeys) tall. The entrance is on the fifth floor of the shopping mall on Xinyi Road, where the world’s fastest elevators shoot to the top in just 37 seconds. Upon the 89th floor, the indoor observatory provides unparalleled views of the city and the surrounding mountains, while you’ll get a hair-raising perspective from the outdoor gallery on the 91st. 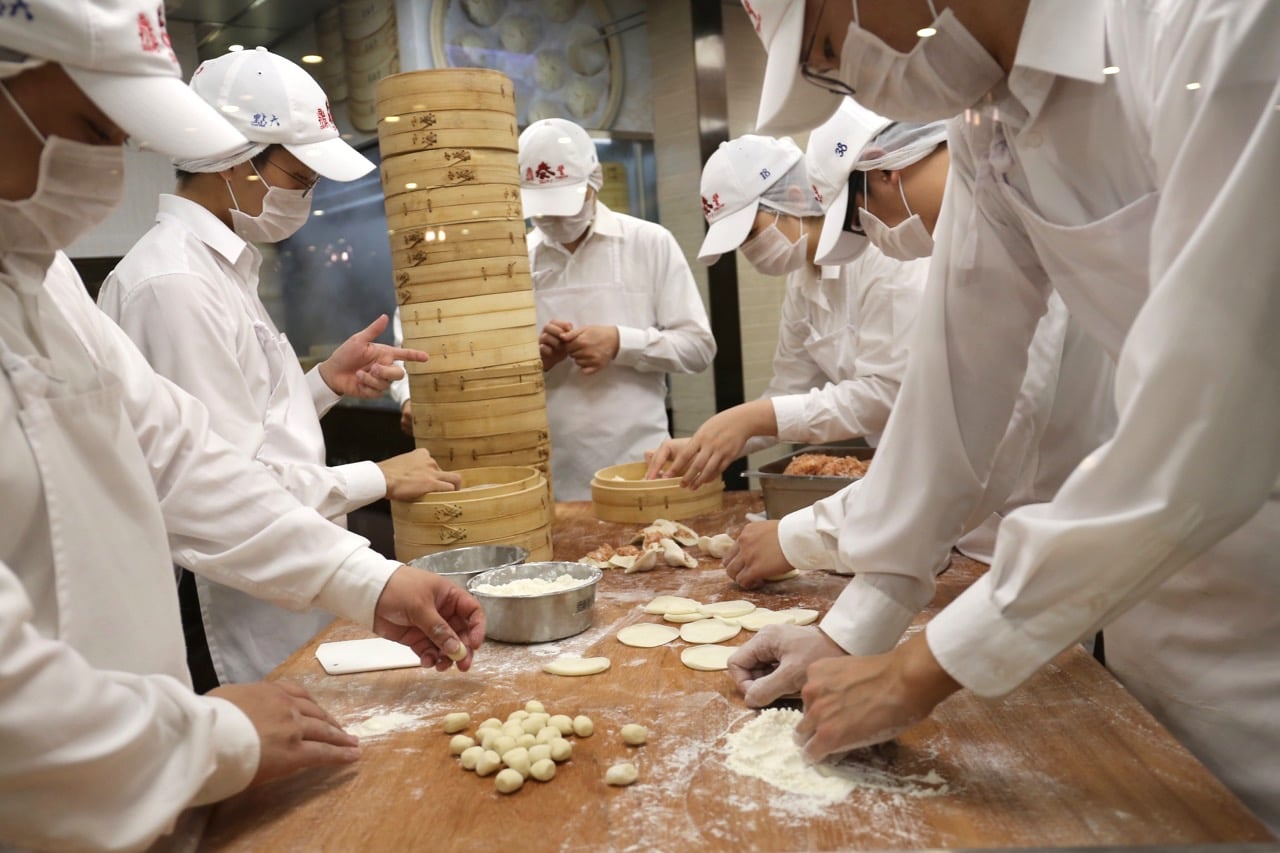 Din Tai Fung is a Taiwanese institution that has been knocking out scrumptious dumplings for over thirty years. Be sure to try the legendary xiaolongbao, steamed pork soup dumplings which explode in your mouth with glee. The kitchen features a glass wrapped viewing area where visiting foodies can snap photos of dumpling masters as they twirl bits of dough into an edible masterpiece. 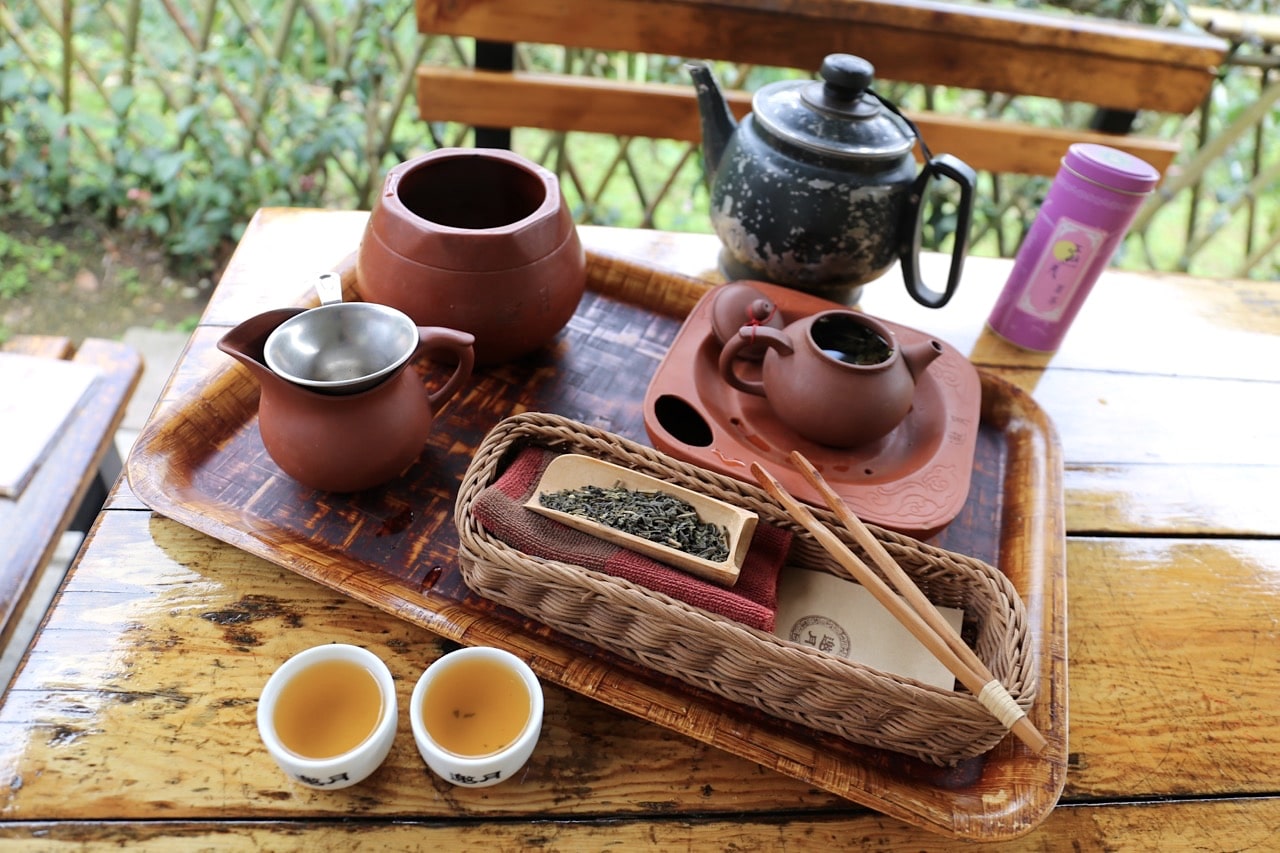 A March Up to Maokong

The Taipei basin is surrounded by hills – many of which offer excellent hiking opportunities – and Maokong in the hills above Muzha would be just another of these, were it not that at the end of the 19th century immigrants, most famously Zhang Nai-miao from the tea-growing region of Anxi in mainland China’s Fujian Province, discovered that this particular mountain area’s moist climate and good soil perfectly suited the strains of tea grown in their hometown.

By the early 20th century, Maokong village and the surrounding hillsides were a thriving tea-producing district, with oolong and tieguanyin teas being exported all over the world. Today, the 100-plus hectares of plantation still produce around 60 tons of tea a year, but now most of this is consumed at teahouses that dot the hillside. If you’re looking for the most authentic experience head to Yaoyue Teahouse featuring rustic wooden pavilions and a series of outdoor terraces overlooking tea and bamboo plantations. 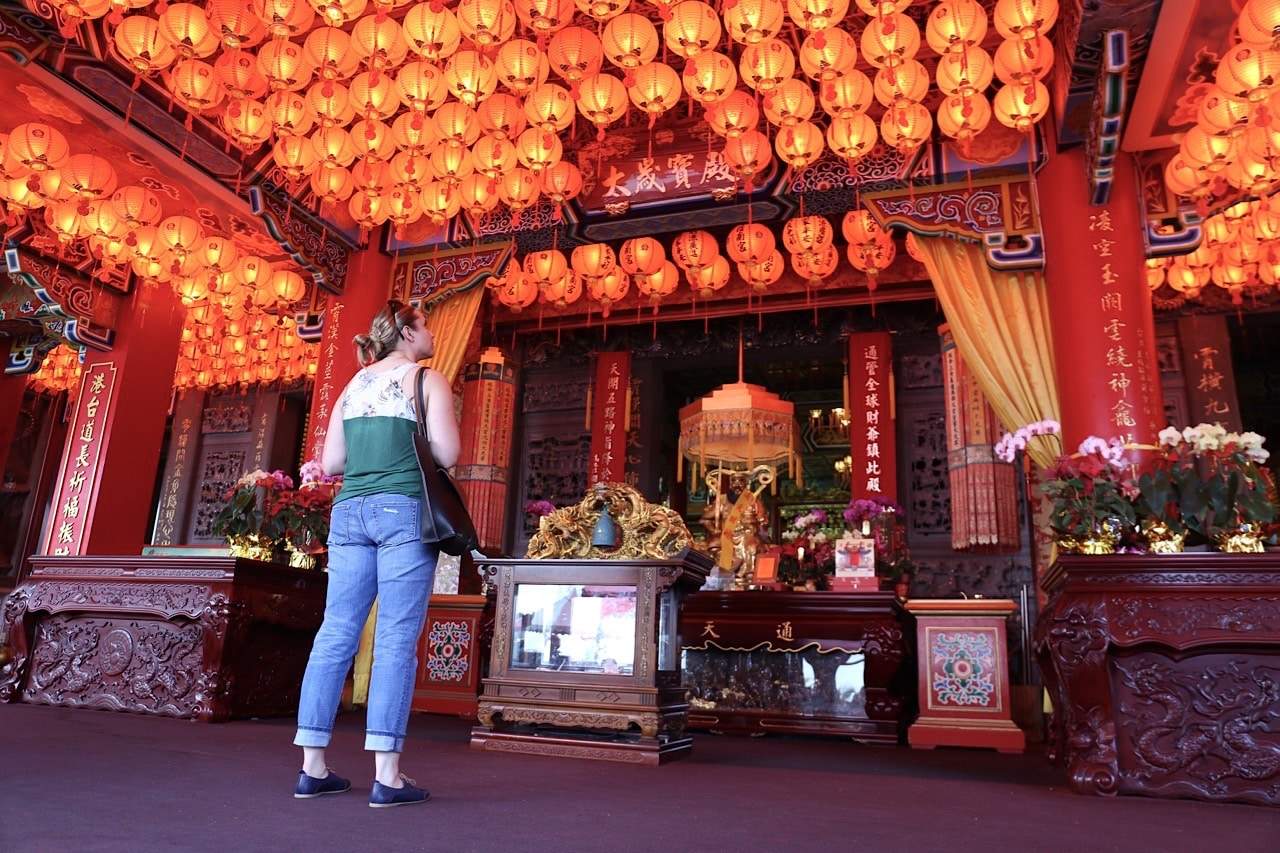 Before heading back on the Maokong Gondola back to the city stop at the 2nd stop and enjoy a quiet stroll through Zhinan Temple, one of Taiwan’s most important religious centres. Established in 1891, it blends Confucian, Taoist and Buddhist practices and features five main halls dedicated to a potpourri of gods. 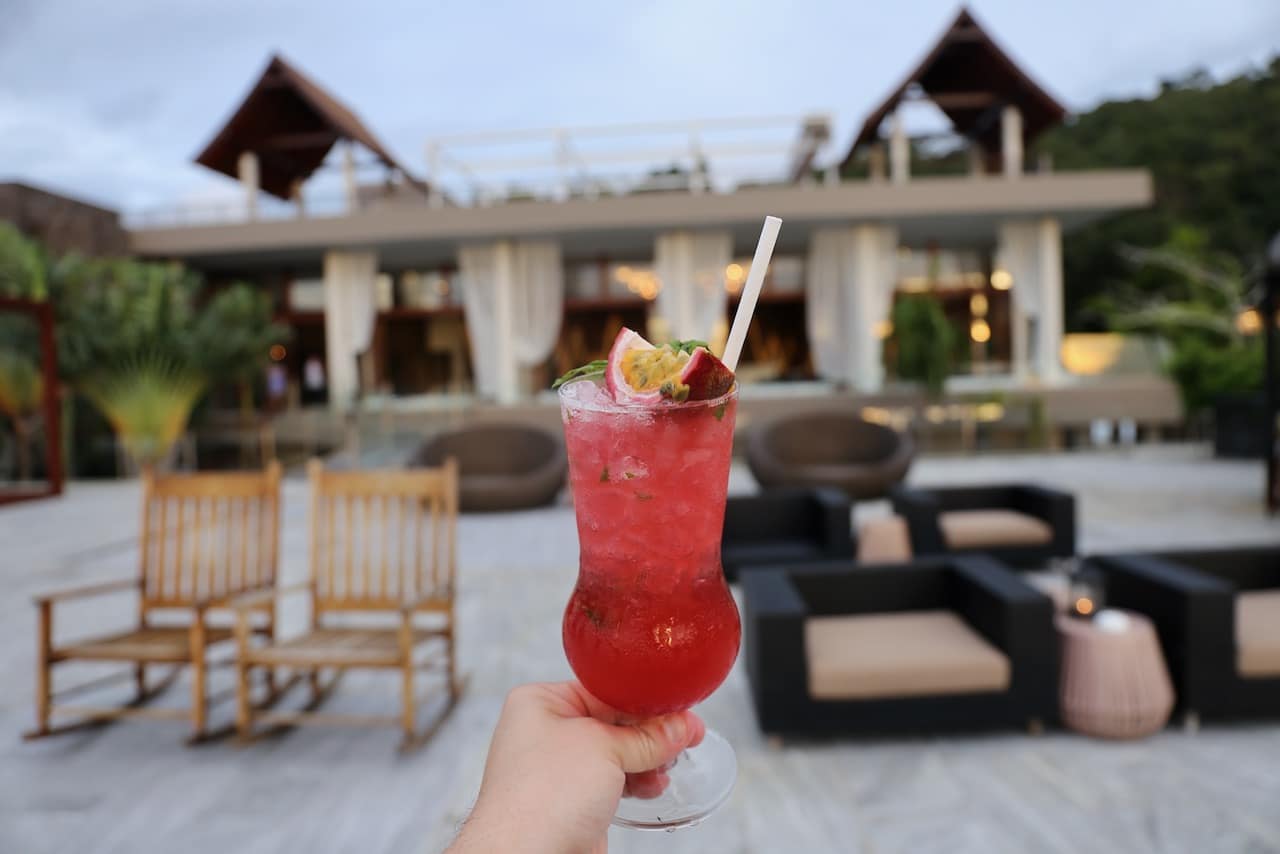