What better way to celebrate Canada’s 150th birthday than by exploring a corner of the country you’ve not yet had a chance to hike and paddle through? Over the years, as a Toronto-based travel writer I’ve had the opportunity to tell tales about my maple syrup-soaked adventures. I’ve stood in awe in front of ancient indigenous totems in British Columbia, galloped through cowboy country in Alberta, kayaked in Manitoba’s Arctic with a choir of beluga whales, explored lush cottage country in my home sweet home of Ontario, devoured steaming plates of poutine in Quebec, and feasted on butter-slathered lobster on the rugged Maritime Coast. 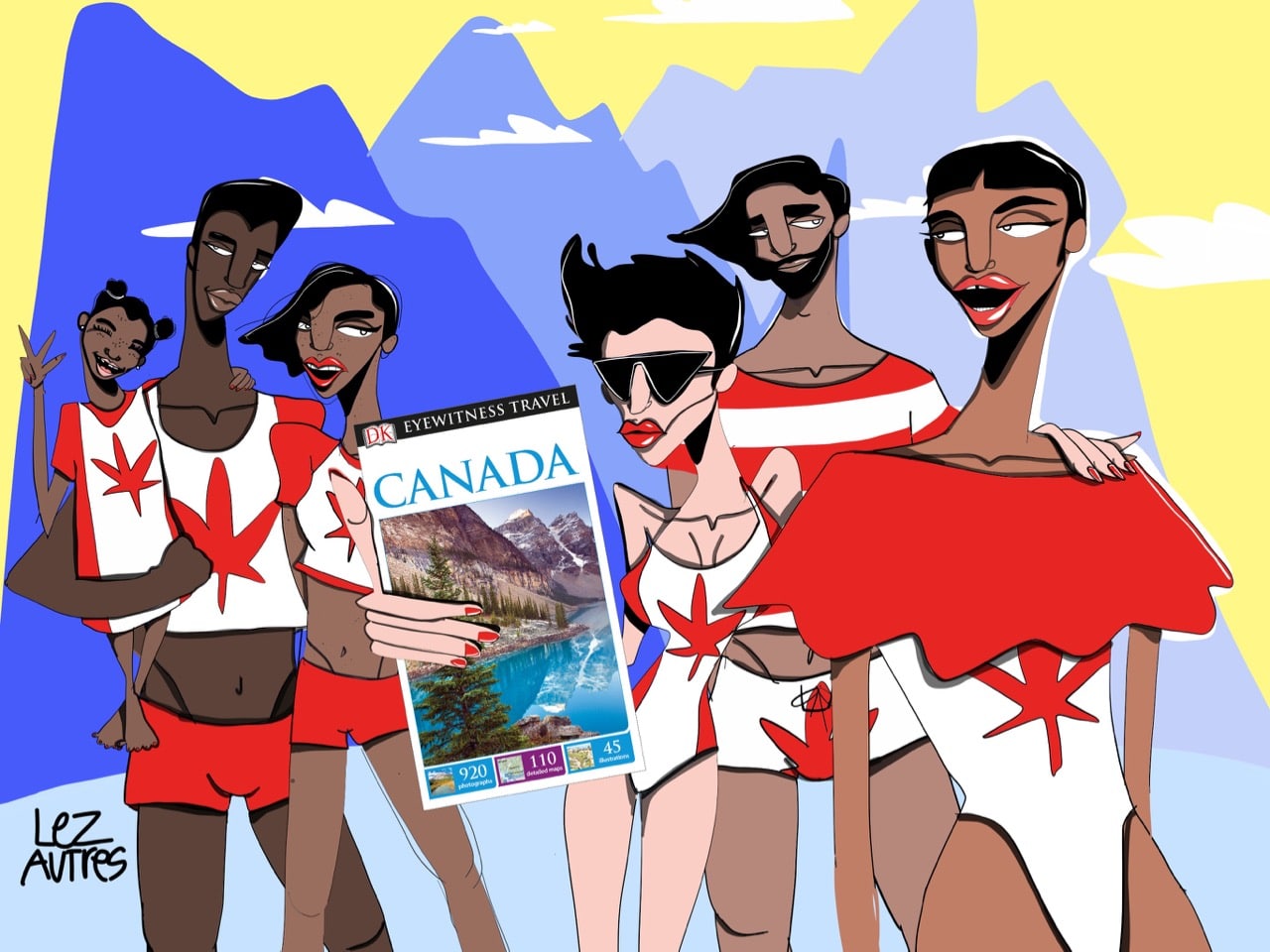 Whether you’ve travelled through Canada extensively or are keen to plan your first jaunt, be sure to research your epic road trip in advance using the newest edition of Eyewitness Travel Canada (DK Publishing, 2016). The informative guide includes detailed itineraries and “don’t miss” destination highlights at a glance, illustrated cutaway 3-D drawings of important sights, floor plans for major museums, area maps marked with popular sights, top hotel and restaurant listings, as well as a slew of info on niche interests such as Wildlife, Flavours of Canada and a detailed review of the country’s unique Aboriginal and French histories.

15 Places To Visit On A Canadian Road Trip 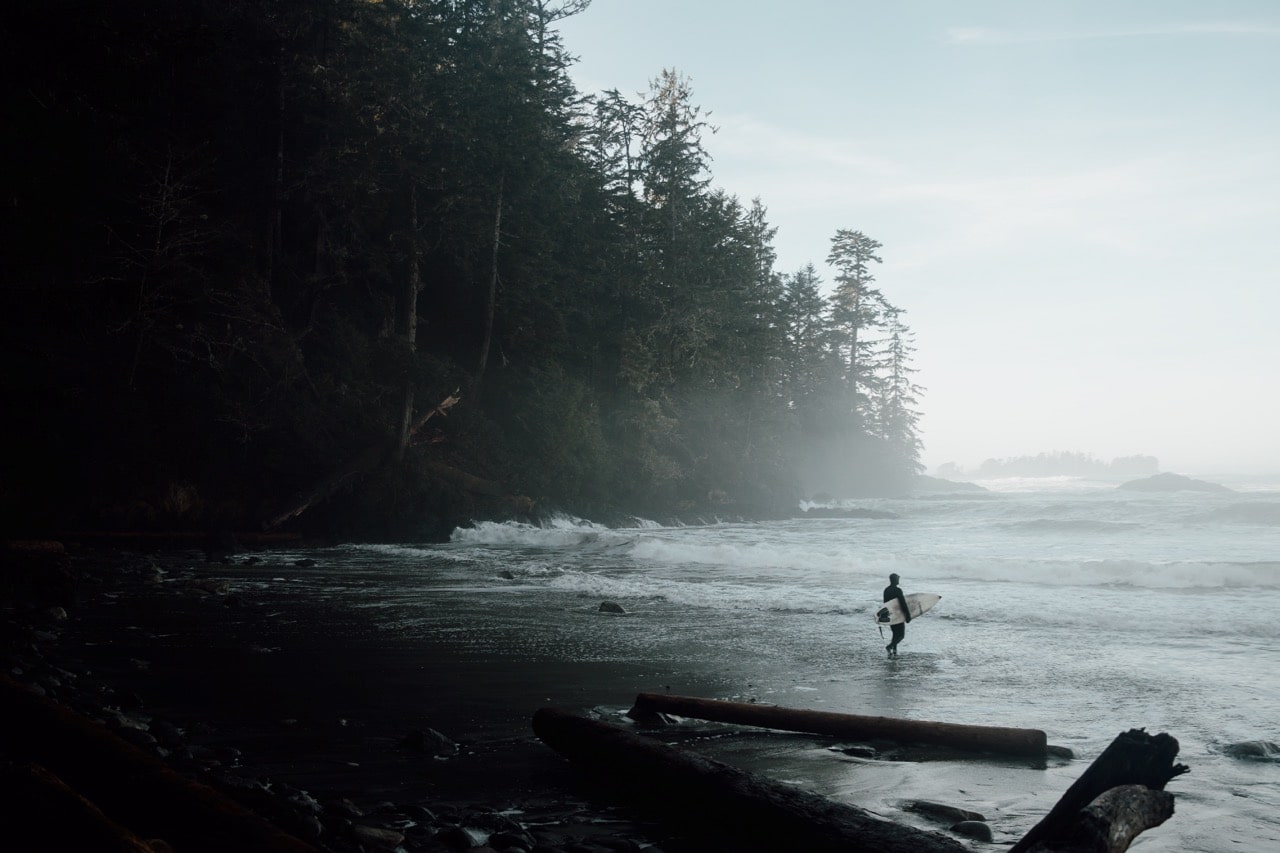 It’s no wonder that Tofino is Canada’s surf capital. The waves keep rolling in along miles of sandy beach – 35 kilometres of surfable beach break to be exact, leaving plenty of room for all boarders, from absolute beginners to seasoned longboarders. Surfing in Tofino flourished by 1971, when the newly-paved Highway 4 to Vancouver Island’s west coast attracted many newcomers. Most of them were drawn to the dramatic beaches and wilderness, and some to the lively beach-dwelling subculture that emerged here in the late 60s.

If you’re a seasoned surfer used to splashing around with tropical fish, turtles, and dolphins, you’re in for a treat. Grab your board and head out to Tofino’s famed Long Beach, and after an hour spent taming the waves you’ll find yourself catching your breath under ancient cedars as a cute otter family playfully winks up at you. 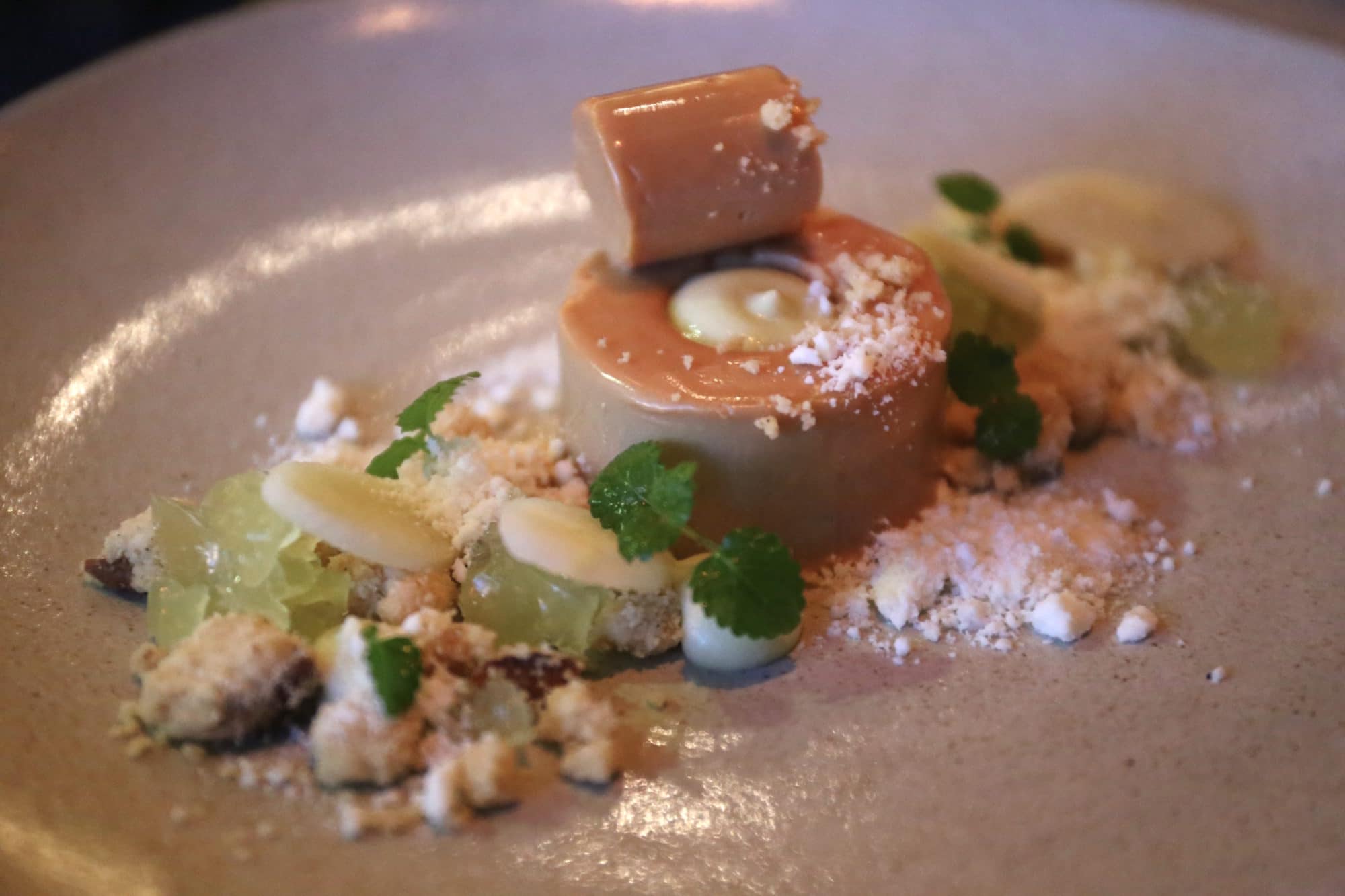 Vancouver is one of the world’s most dynamic culinary hubs, powered by Canadian entrepreneurs passionate about showcasing British Columbia’s unique terroir. While the province’s oysters, salmon, and blueberries are perhaps the region’s best-known bounty, it’s Vancouver’s quintessential Asian-Pacific sensibility, rooted in the city’s rich immigrant history, that has made the city famous with foodies.

Over the years as Vancouver’s culinary scene has grown locally, celebrated chefs from Asia have swooped down to leave their own lasting impressions. Many now consider Vancouver’s popular dim sum and sushi restaurants to be on par with or better than what one can find in Tokyo or Hong Kong.

Start your Vancouver food tour by nibbling through Granville Island Market, enjoy a midday noshing break at Japadog (the city’s iconic street food), hop on a sud-sloshed tour of the city’s craft breweries, and top it all off with an unforgettable feast featuring a parade of pretty plates at award-winning Hawksworth. 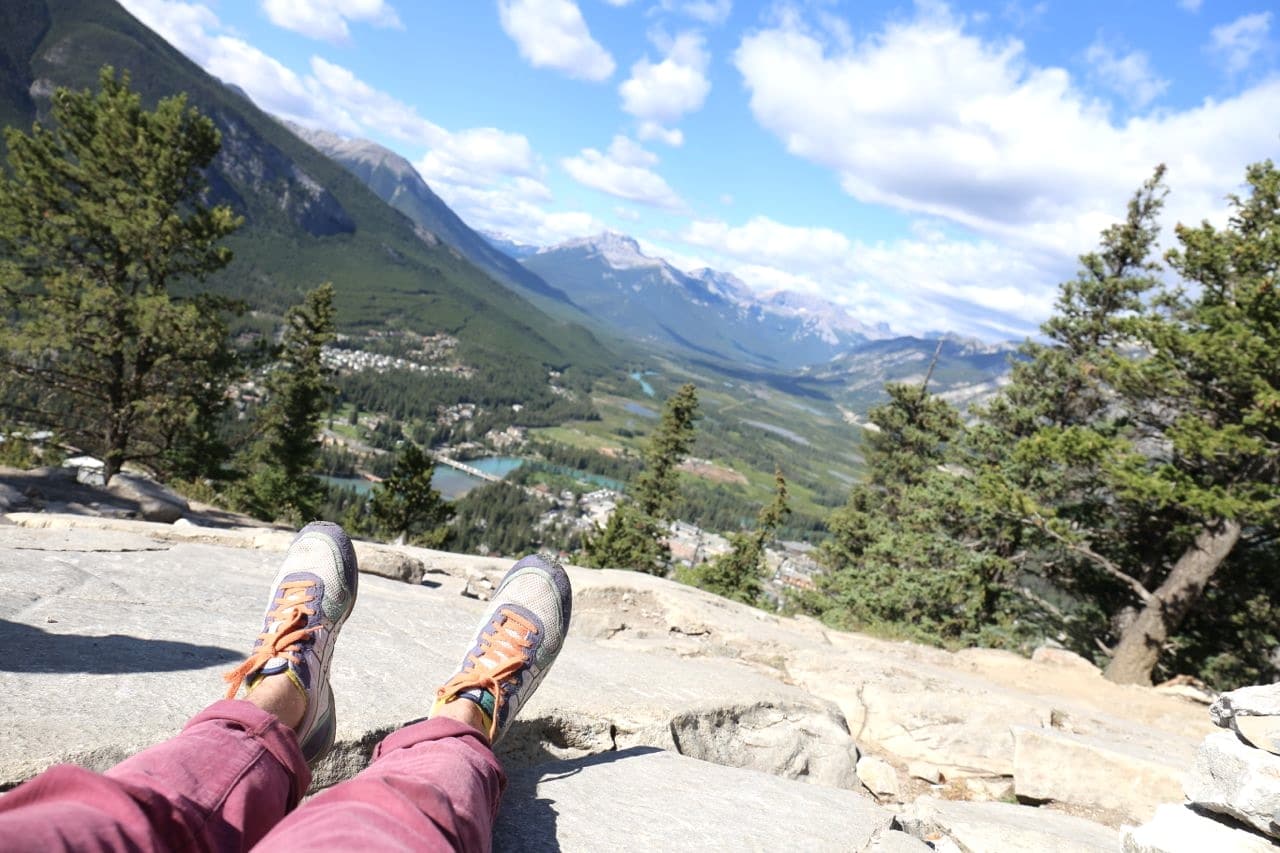 Alberta’s wee village of Banff is situated in the heart of Canada’s first National Park (established in 1885) and encompasses 6,642 square kilometres of protected wilderness offering visitors the perfect opportunity to get outside and enjoy the fresh air. Banff National Park sees over 4 million visitors each year; numbers peak during the summer months when adventure seekers from near and far enjoy the sunshine while river rafting along turquoise waters, hiking up lush alpine mountains, and soaking in therapeutic hot spring pools. Banff was a skier’s playground for the 1988 Calgary Olympics, and with three resorts a stone’s throw, its a popular spot in the winter months for those who have a penchant for ploughing through powder. 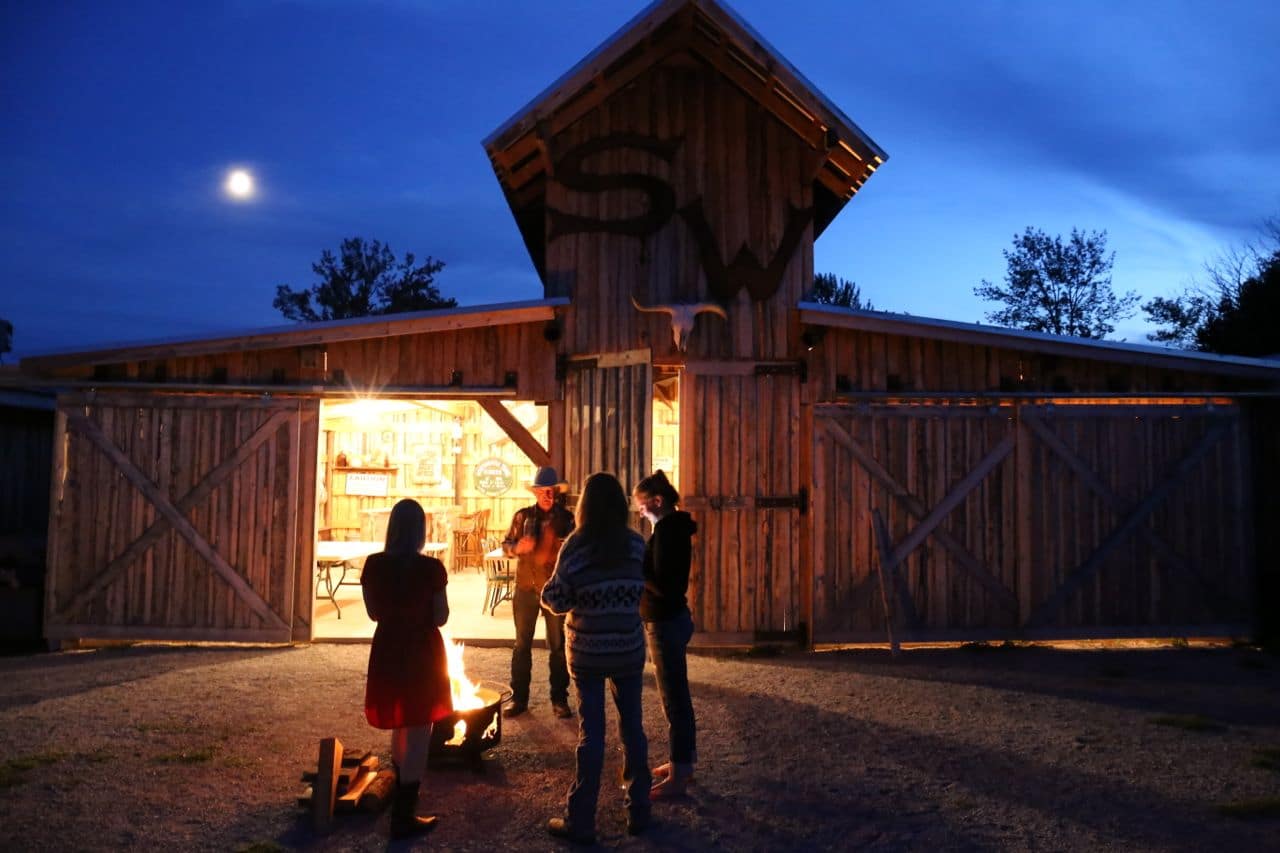 Farm fans can take a short drive south of Calgary to find Sierra West Ranch. The property straddles the banks of Todd Creek and features three log cabins as well as a cutesy village the owners have erected called Cowtown, complete with Longhorn Saloon, Cantina, and three bunkhouses. Sign up for one of the popular Sierra West Frontier Cattle Drives in the summer, and you’ll have an opportunity to test your cowboy skills while enjoying postcard-perfect views of the Rocky Mountains. 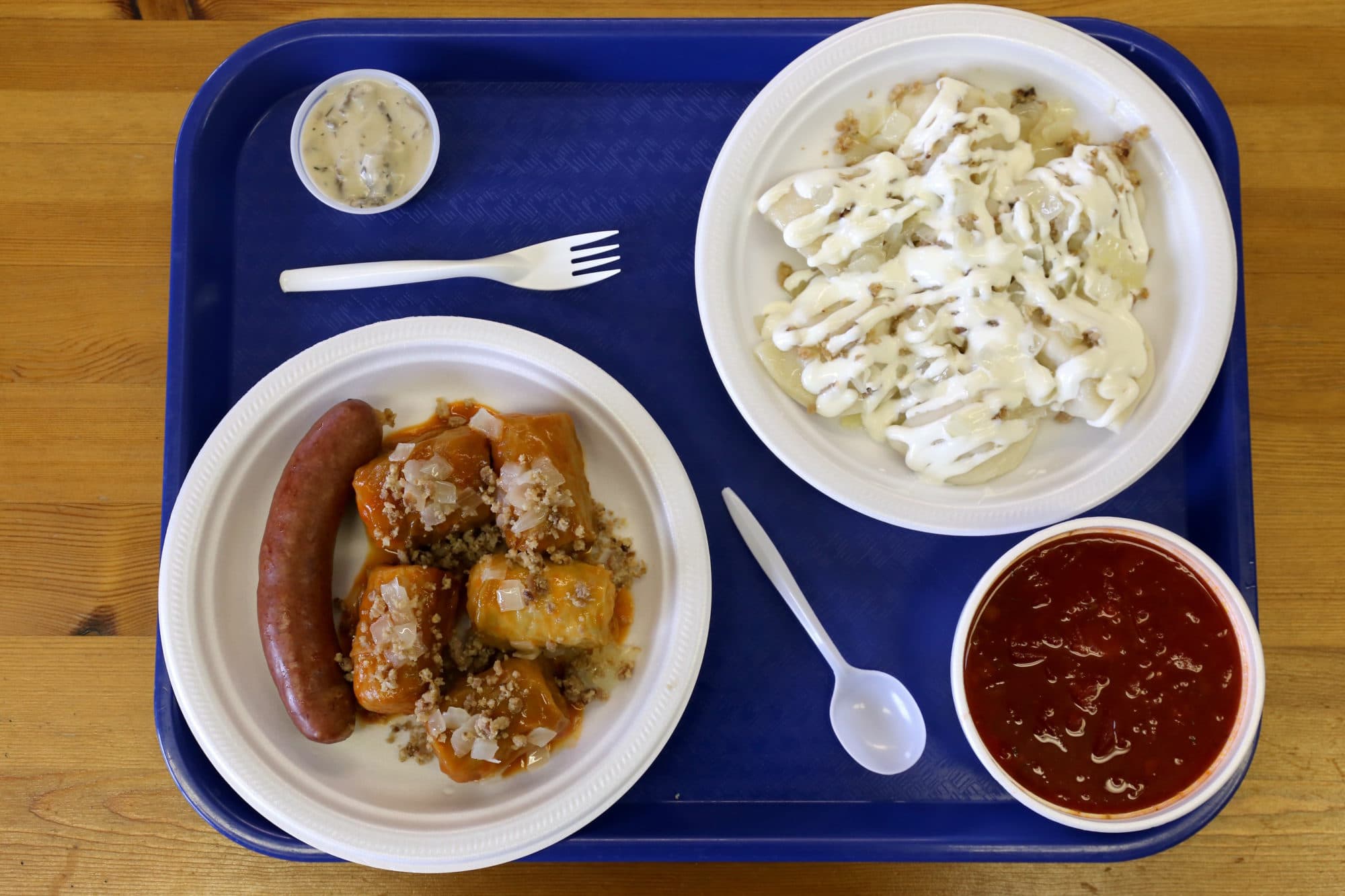 Saskatoon is home to one of Canada’s largest Ukrainian immigrant populations. Baba’s Perogies is the local favourite, a hole-in-the-wall restaurant which also dubs itself as Canada’s only Perogie Drive-Thru! Order everything on the menu: cabbage rolls with mushroom dill sauce, smokie sausage, potato and cheddar perogies with sour cream, and a bowl of borscht. 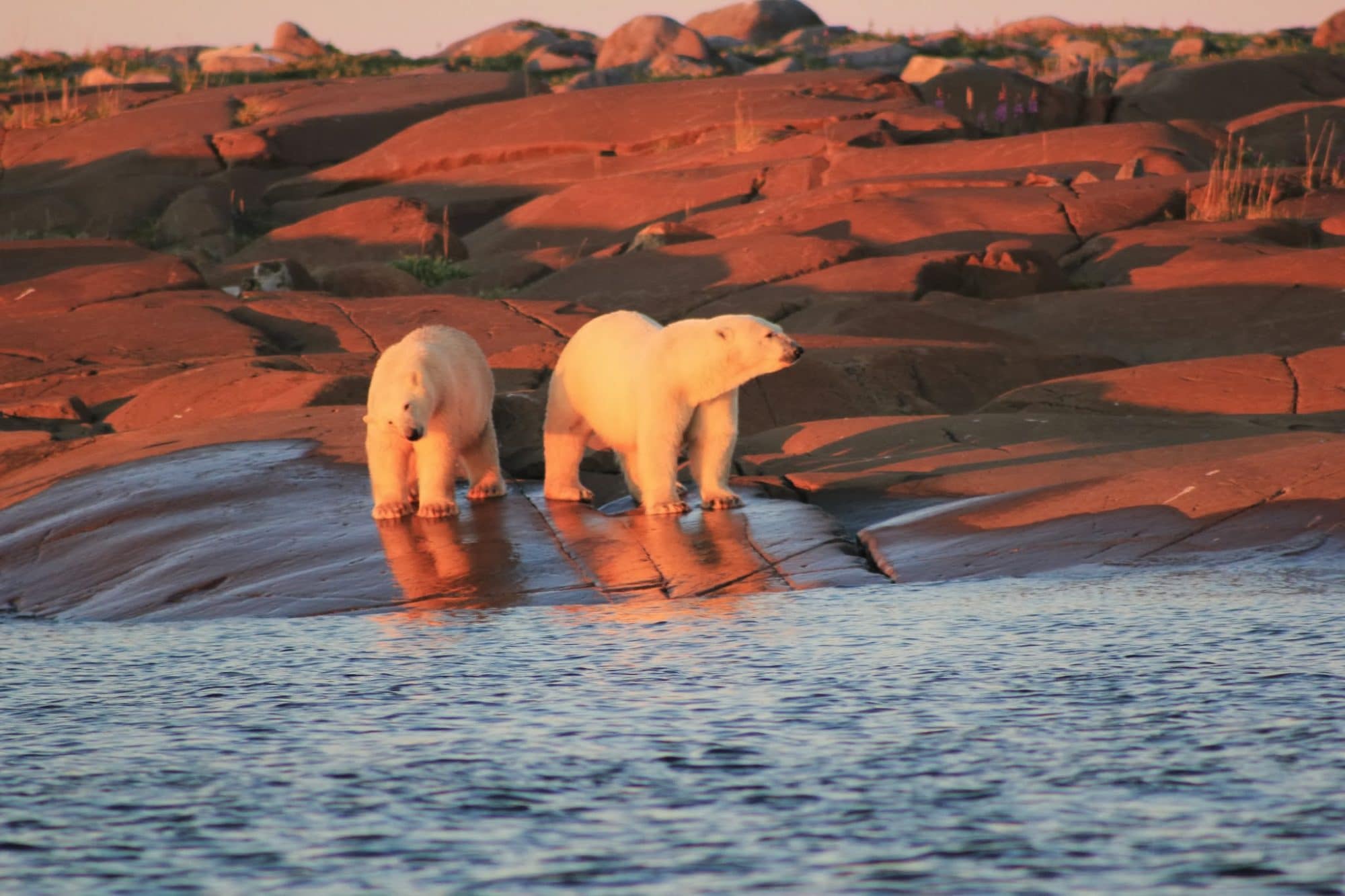 Known as the polar bear capital of the world, Churchill is located 1,100 kilometres from Winnipeg. For years, nature lovers have been flying to this remote part of Canada during the months of October and November to watch polar bears in their natural element as they prepare to head out onto the Hudson Bay once it freezes over. 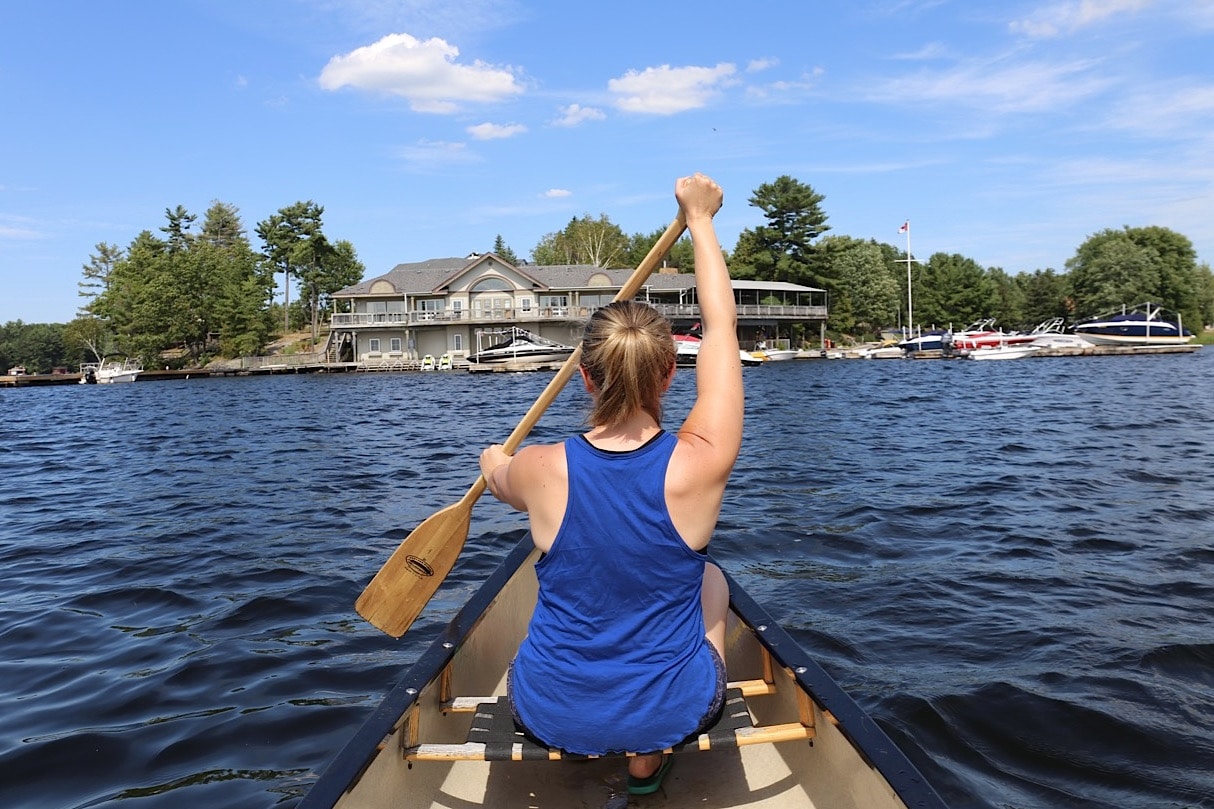 My fondest childhood memories can be traced to the refreshing lakes of Muskoka. My family would spend each summer at our cottage on Mary Lake, not far from from Bracebridge and Huntsville. We’d forage for local berries in the morning and bake them into fluffy muffins for breakfast. Afternoons were spent soaking up the sun on the dock or waterskiing around timber-topped islands. After the sunset we’d fire up the BBQ, stargaze from the boathouse, or light a bonfire and roast ooey-gooey s’mores.

Muskoka is now Ontario’s most sought-after cottage country, recently dubbed “Malibu of the North,” as marvellous mansions play home to A-list celebrities such as Martin Short, Goldie Hawn, Steven Spielberg, and Tom Hanks. When Hollywood’s elite and the who’s who of Toronto are looking to kick back and relax, they find happiness paddling to Taboo Muskoka. 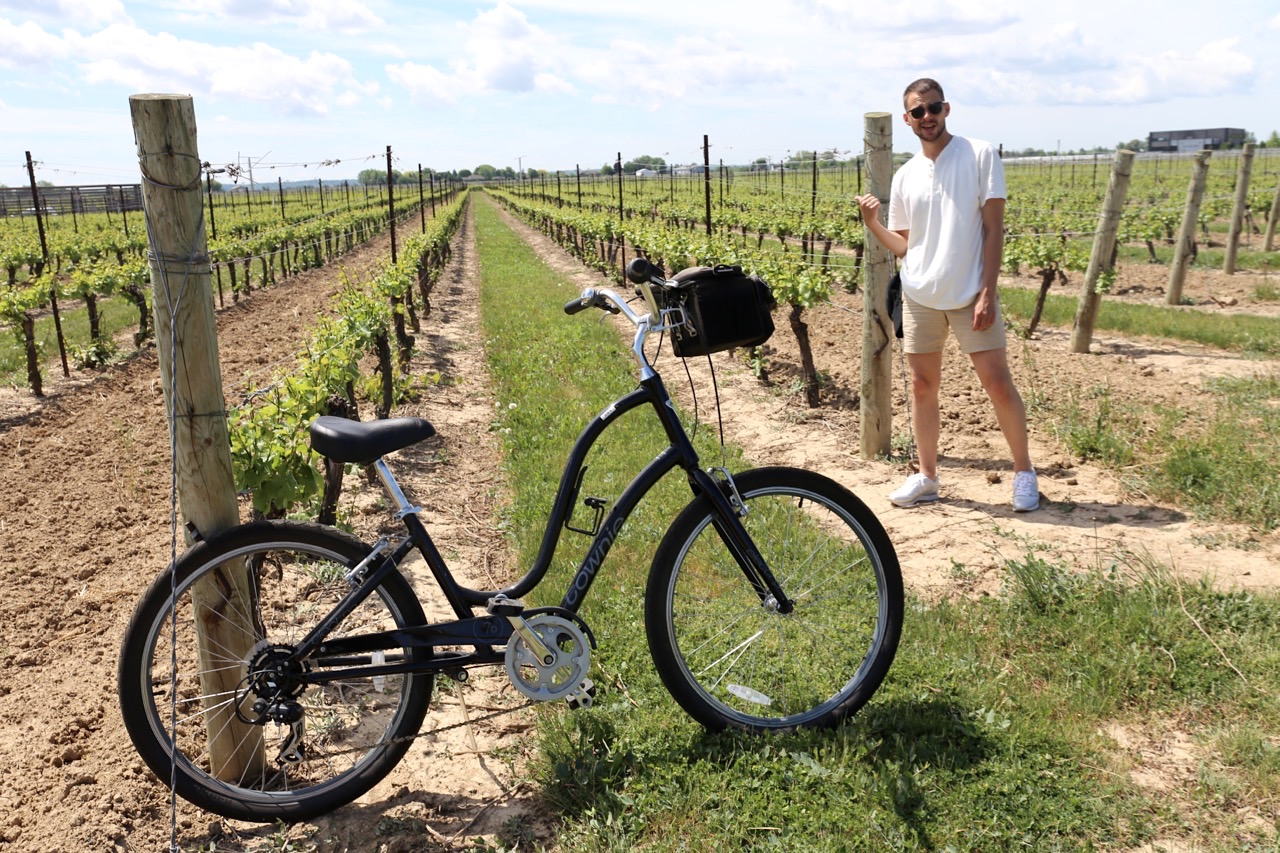 Niagara on the Lake

TripAdvisor recently ranked NOTL as the #1 Food and Wine Destination in Canada, a testament to the close-knit community’s commitment to producing high quality local food and beverage experiences for culinary tourists keen on taking a bite out of Ontario’s best. Nestled below the Niagara Escarpment amidst a landscape of vineyards and orchards stretching from the picturesque Niagara River Parkway to Lake Ontario, Niagara-on-the-Lake’s over 20 wineries are mere minutes from each other. 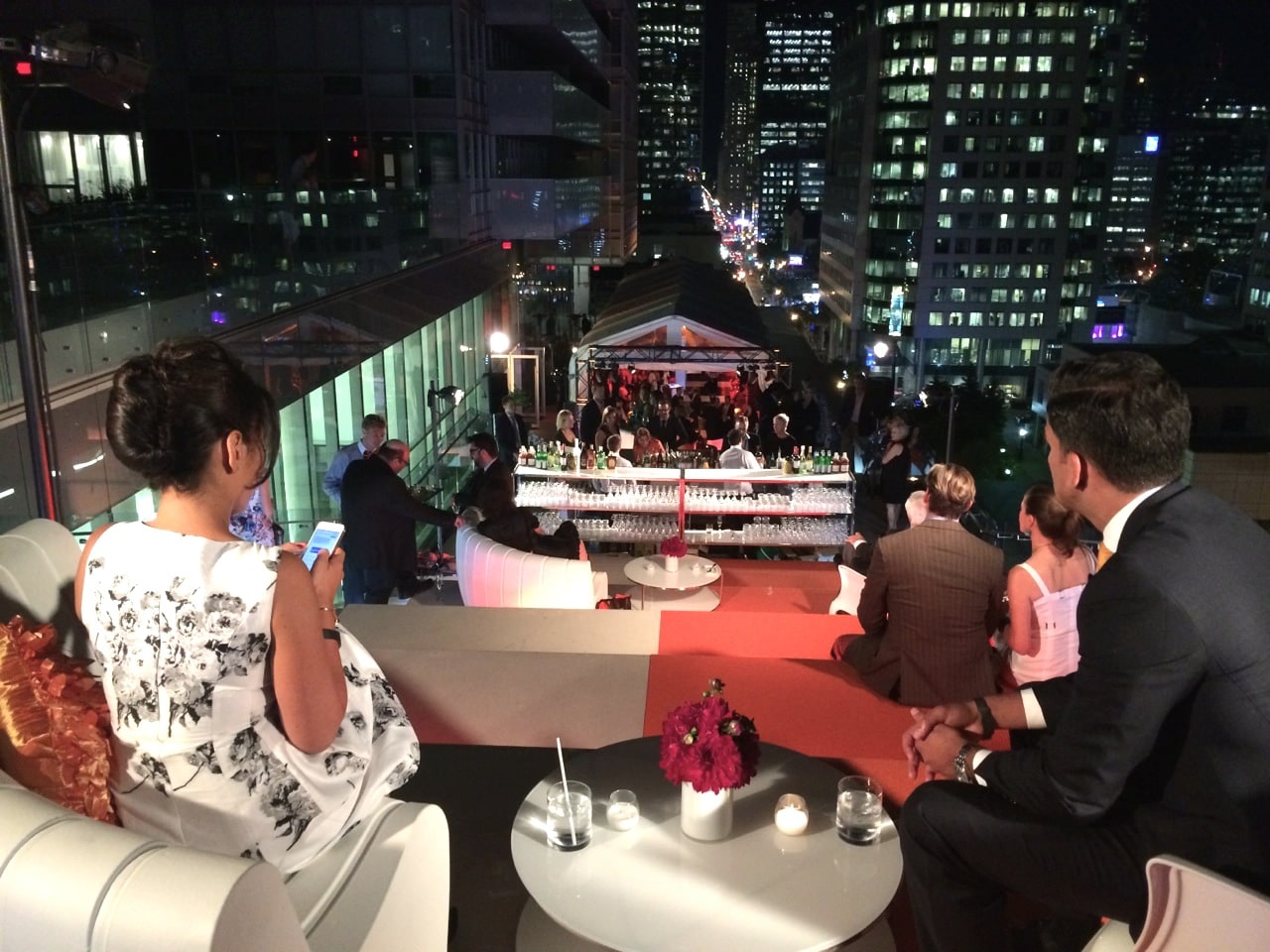 Every September Toronto takes the world by storm as film fans, A-list celebrities, and top media and industry professionals descend upon the city for The Toronto International Film Festival. Toronto really does take on an entirely new vibe as red carpets line the street, paparazzi perch in front of the city’s most luxurious hotels, posh venues host exclusive parties, and cafes buzz with talk of which films are best bets for the Oscar race. If you’re unable to visit the city during the festival, don’t fret – the TIFF Bell Lightbox offers year-round screenings of film festival flicks as well as dazzling museum exhibits. 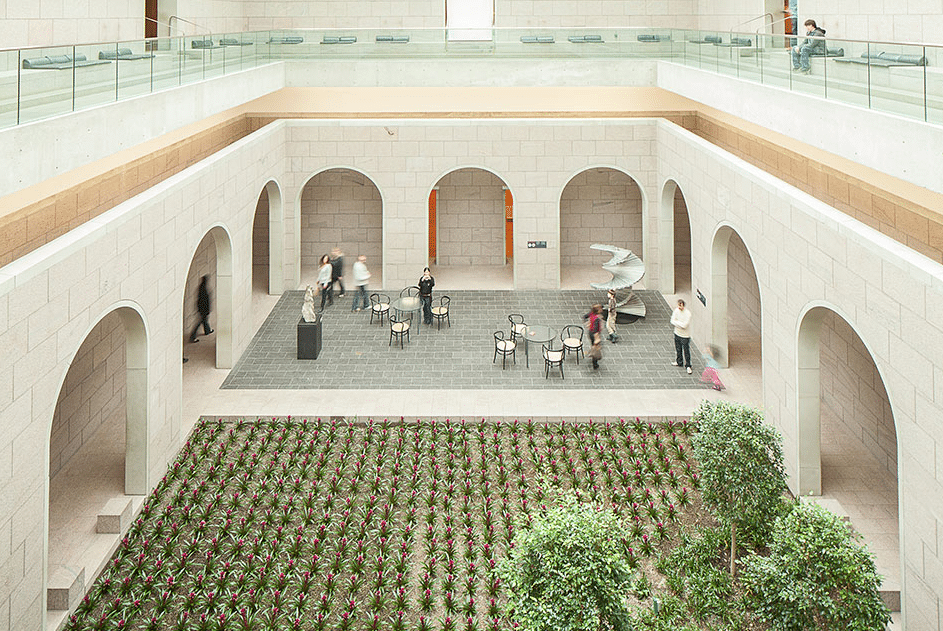 Museum lovers head to Ottawa to enjoy Canada’s top national museums. Art fans in particular love strolling through the National Gallery of Canada – designed by Moshe Safdie, it’s a stunning structure that has become a landmark of the capital’s skyline. Panes of glass let light flood into the entrance hallway, but once you’ve stepped into exhibition space, there are myriad windowless rooms to get lost in. Be sure to make your way over to the hidden Rideau Chapel, which may or may not have a choir blaring out of speakers — an incredible sound sculpture by Janet Cardiff. Spending hours here is easy; extricating oneself from its clutches is the hard part! 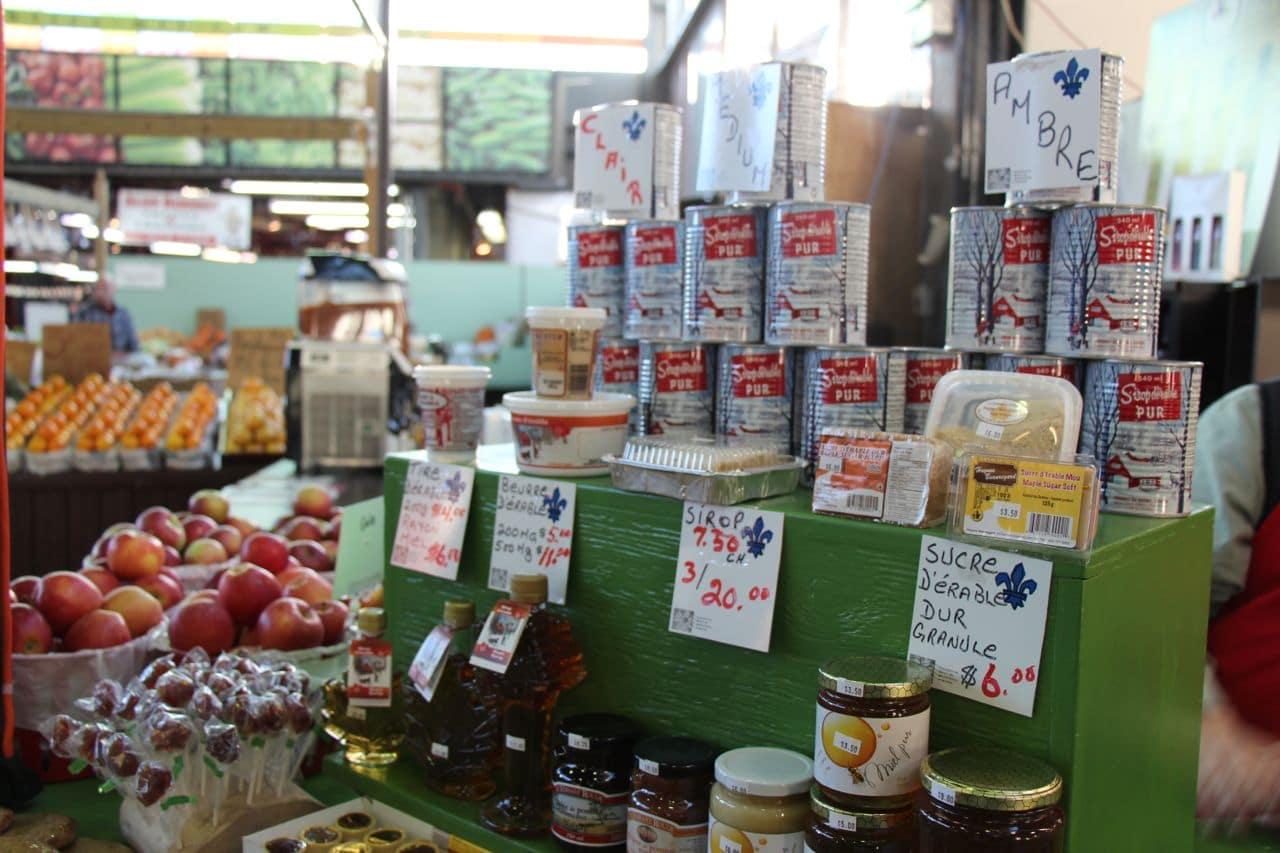 Montreal’s Jean-Talon Market was originally opened on the site of a lacrosse field in 1933. In the heart of Little Italy, Jean-Talon Market served as a bus station in the 1960s which explains the concrete platforms where vendors now sell their farm-fresh produce. After a major face-lift in 2004, it has now become North America’s largest outdoor public market, and a must-see on any culinary tourist’s checklist. Enjoy a leisurely stroll and you’ll have the opportunity to say hello to local mushroom foragers, apple farmers, and cranberry enthusiasts, and enjoy colourful flower shops, fromageries, and quintessential French bakeries. 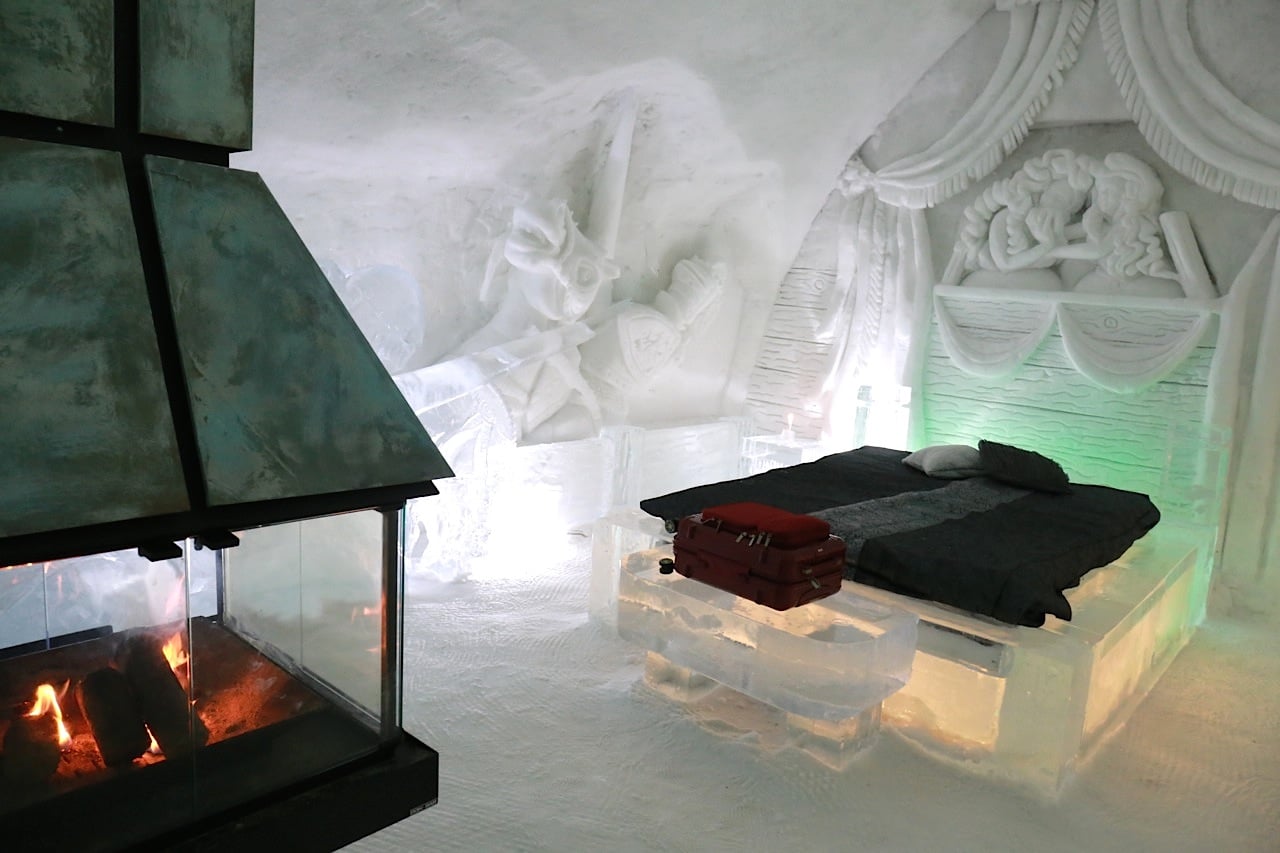 No city in Canada showcases the nation’s Winter Wonderland potential quite like Quebec City. It’s as if it’s sitting inside a snow globe, a blanket of fluffed marshmallow hugging each building tight. During the winter months, festive wreaths and pretty red bows decorate the shops in Old Quebec while a heroic bronze statue standing in a petite cobblestone square offers a nod to the city’s 400-year old European charms.

In order to properly appreciate the coolness of Quebec’s cold, visitors must begin their stay at the city’s most famous pop-up castle, Hotel de Glace. Each winter, a team of ice and snow loving architects build a hotel that seems to stand entirely frozen in time… that is, until the warmth of spring has it melting into a puddle in the sun. 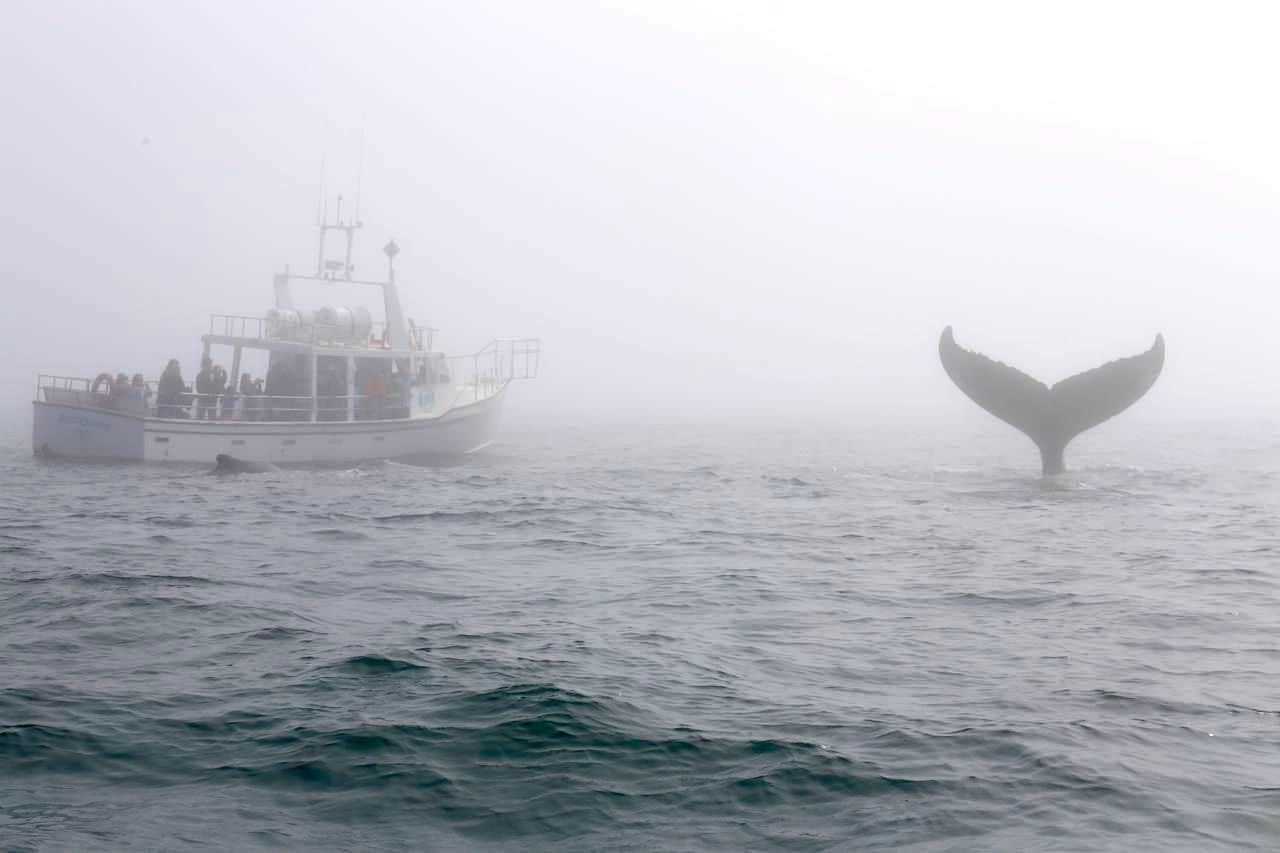 I’ve been on whaling expeditions in British Columbia, Ecuador, Iceland, South Africa, and New Zealand, and “the show” I experienced in Nova Scotia’s Bay of Fundy wins top prize! We hopped on a three-hour cruise that departs each day from the East Ferry on the Digby Neck. Our entire boat was in fits of gleeful hysterics (and so was our guide, which really goes to show how unique our experience was) when two friendly humpback whales rolled around in the ocean, slapping their fins and poking up out of the water to say hello. Coming face-to-face with these amazing creatures was an unforgettable moment! 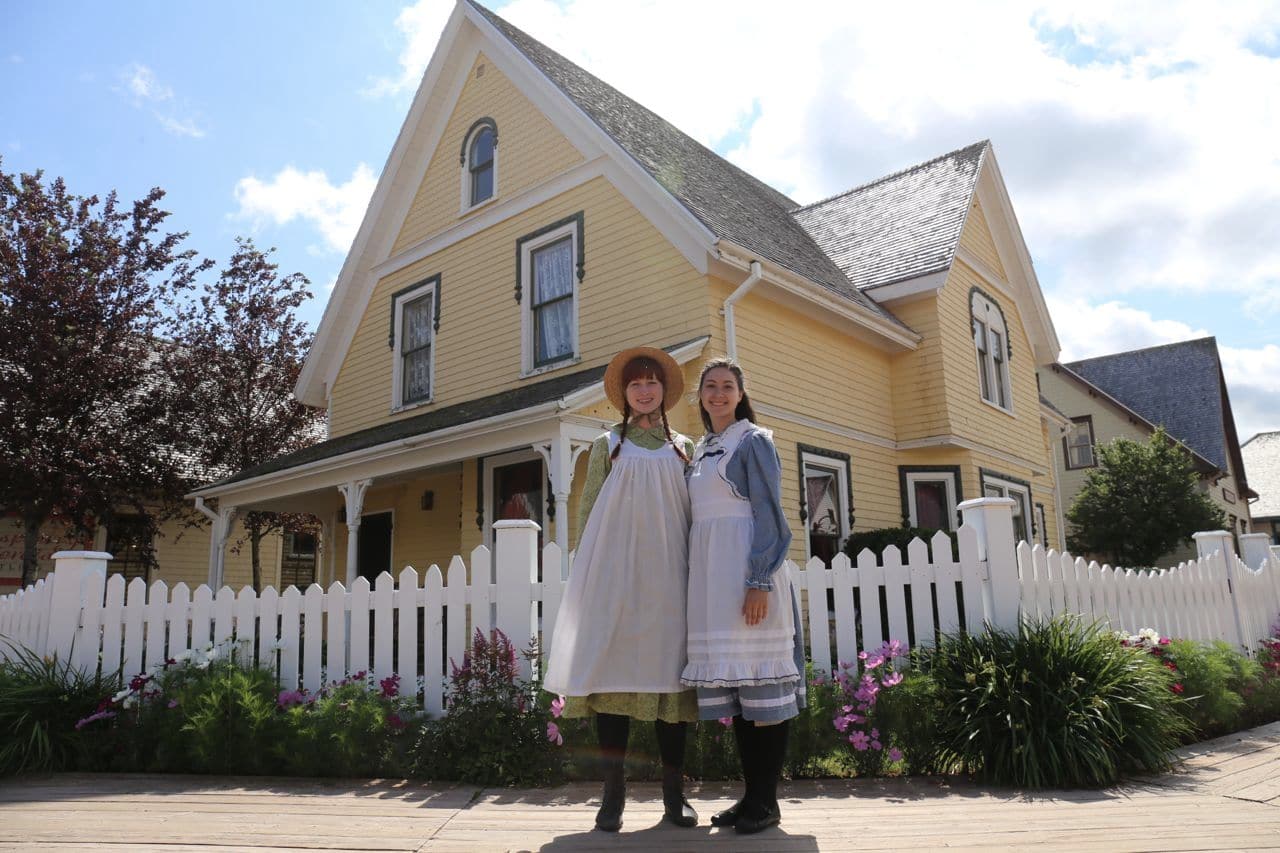 Go back in time 100 years and join the characters of Avonlea for a fun day of interactive experiences at Avonlea Village of Anne of Green Gables. Join Anne throughout the day via a kitchen party, horse and wagon ride, oyster shucking, dance lesson, and pig race while strolling through heritage buildings and a spectacular garden. Built in 1999 in Cavendish, Prince Edward Island, Avonlea was the fictitious name that author Lucy Maud Montgomery gave to the wee town in her world-famous novel, Anne of Green Gables. A visit to Avonlea is an essential stop for any “Anne Fan,” allowing star-struck children and smitten adults to chit chat with the novel’s most beloved characters. 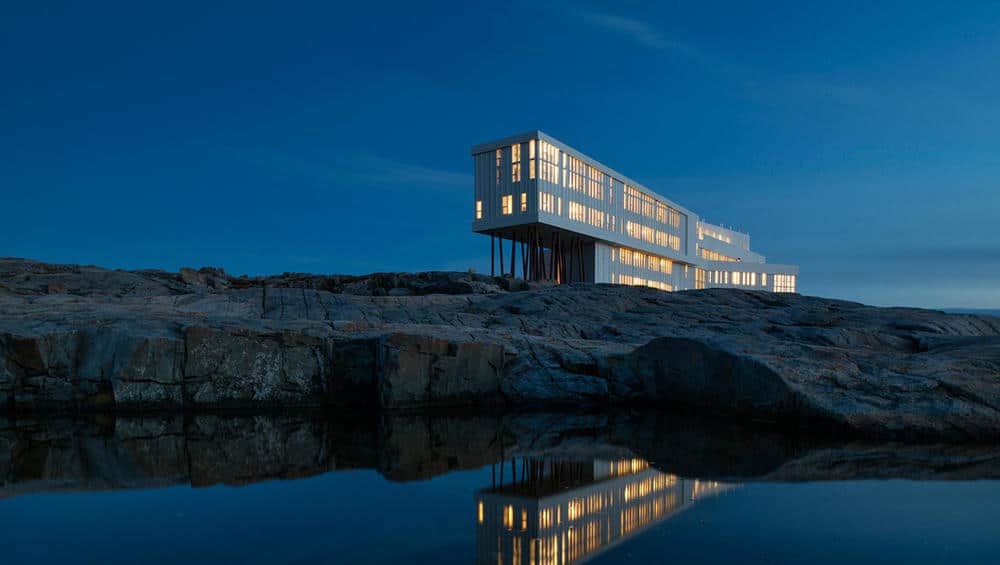 Newfoundland, located on Canada’s far eastern shore, is now home to one of Canada’s (if not the world’s) most famous boutique design hotels. Fogo Island Inn is a luxe hotel in an ultra-modern building that sits perched on stilts atop jagged rocks. Contemporary suites are individually designed and feature heated wood floors, custom-made furniture, hand-crafted quilts, and floor-to-ceiling windows with North Atlantic views.

What I love most about Fogo Island Inn is that it’s a sustainable tourism success story. The hotel offers members of the local community jobs (after experiencing years of depressed fishing industry), which has created a tight-knit community of patriotic islanders keen to showcase the magical island to celebs such as Gwyneth Paltrow, who described her recent visit as “heaven.”