With a picturesque setting on the River Aare and fine buildings lining the cobbled streets of its medieval old town, Bern is one Switzerland’s most beautiful cities. And while it is the Swiss capital, teaming with grand parliament buildings, it retains the atmosphere of a pretty provincial town.

With many of its streets restricted to pedestrians and public transport, Bern’s compact old town is easily explored on foot. The layout of its streets, which are punctuated by colourfully painted fountains, has remained largely unchanged since the early 15th century.

Things To Do in Bern 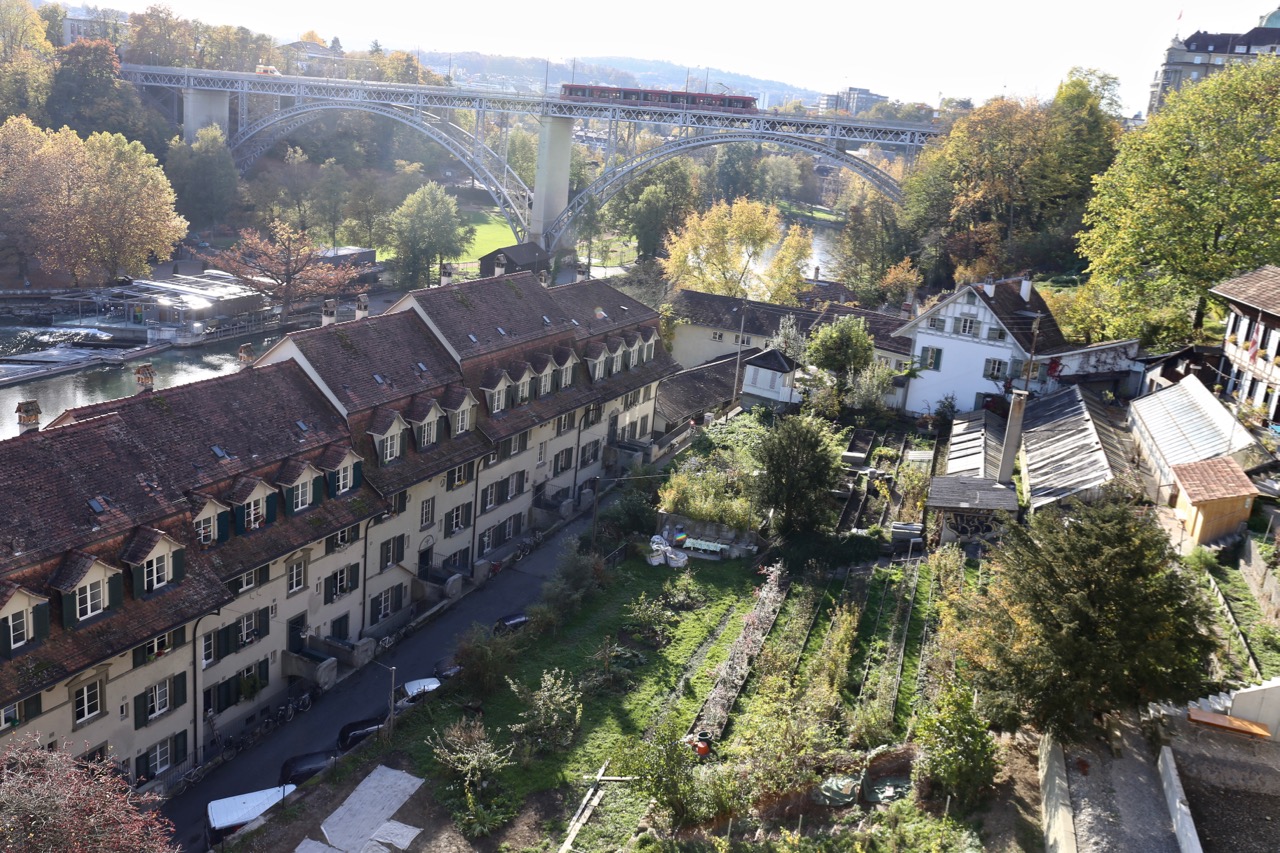 Start your walking tour of Bern at Munsterplattform, a popular public park where locals love to lounge. At the petite cafe Einstein au Jardin you’ll find people playing chess, sipping espresso and throwing back frothy pints of beer in a breezy al fresco setting. It’s a great spot to appreciate the city’s many bridges, which stretch across the River Aare ever so elegantly. In the summer months look out for locals who love to float around the river to cool off. 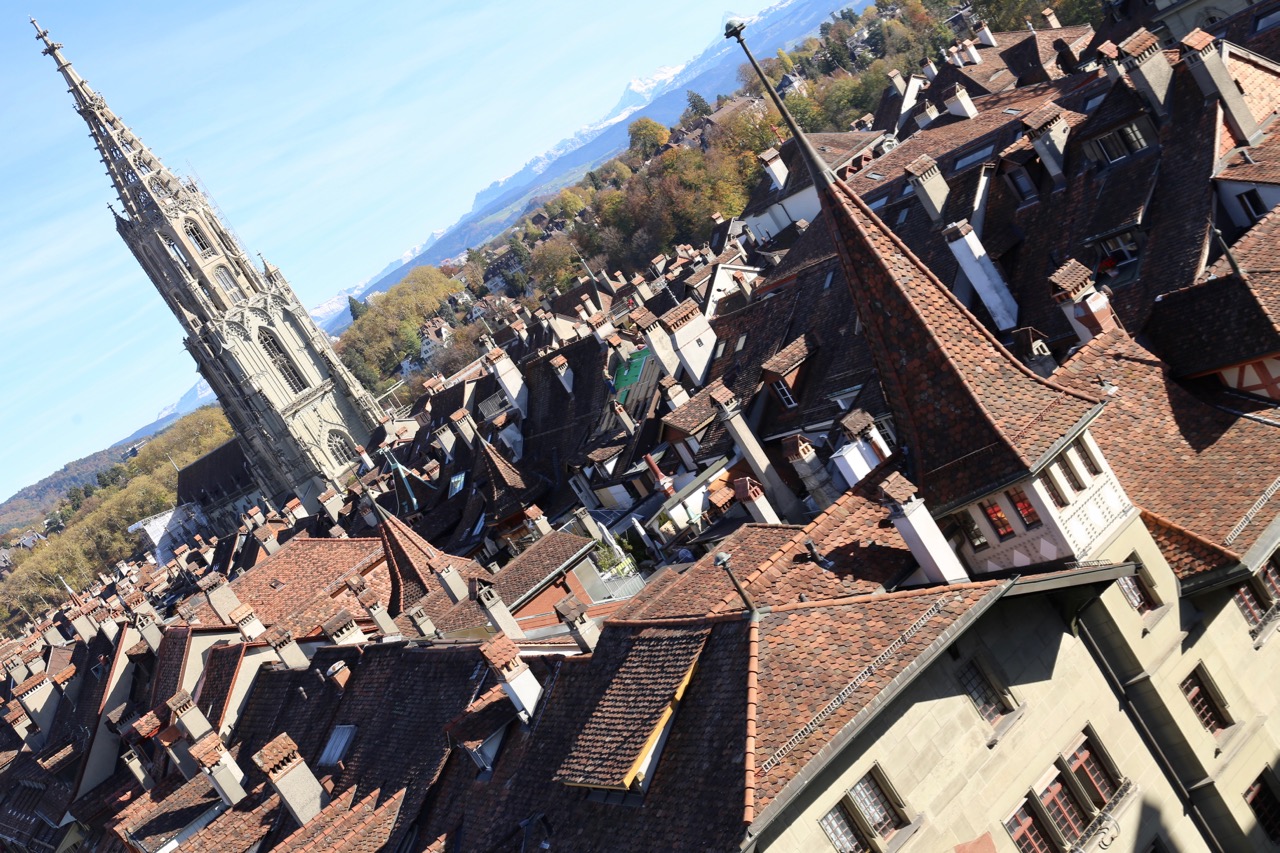 The park is located directly below the impressive and towering Munster St Vinzenz, a splendid example of the German-influenced late Gothic style. Work on the cathedral begin in 1421 and continued into the 16th century. It was not, however, until 1893, when the spire was added, that the building was finally complete. Just over 100m high, the Munster is Switzerland’s tallest church. Be sure to check out the Tympanum at the front gates of the cathedral, a striking depiction of the Last Judgement. 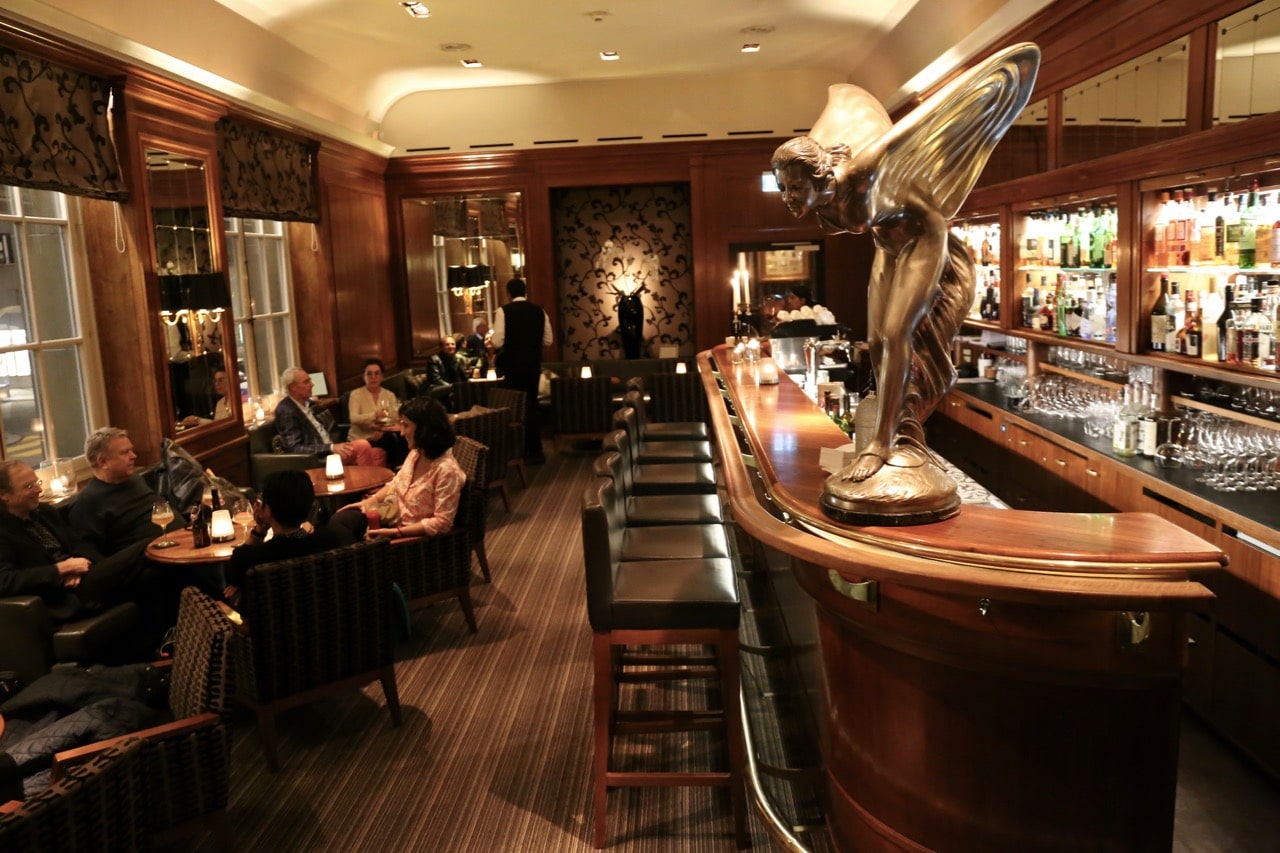 Since 1913 Bern’s grandest hotel, Bellevue Palace, has acted as the luxurious living room for Switzerland’s top politicians and visiting VIPs. Over the past century, the property has played host to a long list of VIP guests, ranging from monarchy and ministers to musicians and movie stars. Emperor Akihito of Japan, Queen Elizabeth, Winston Churchill, Nelson Mandela, Fidel Castro and Johnny Cash – are just a few of the bold faced names who have passed through the hotel’s distinguished doors.

If you’re looking to sip a classic cocktail head to the hotel’s legendary Bellevue Bar. Step inside the intimate space and you’ll find an oversized sculpture which sits perched over the bar – you might recognize her from the tip of your Rolls Royce! Hop up on a stool and enjoy a sip and nibble while people watching Bern’s who’s who. 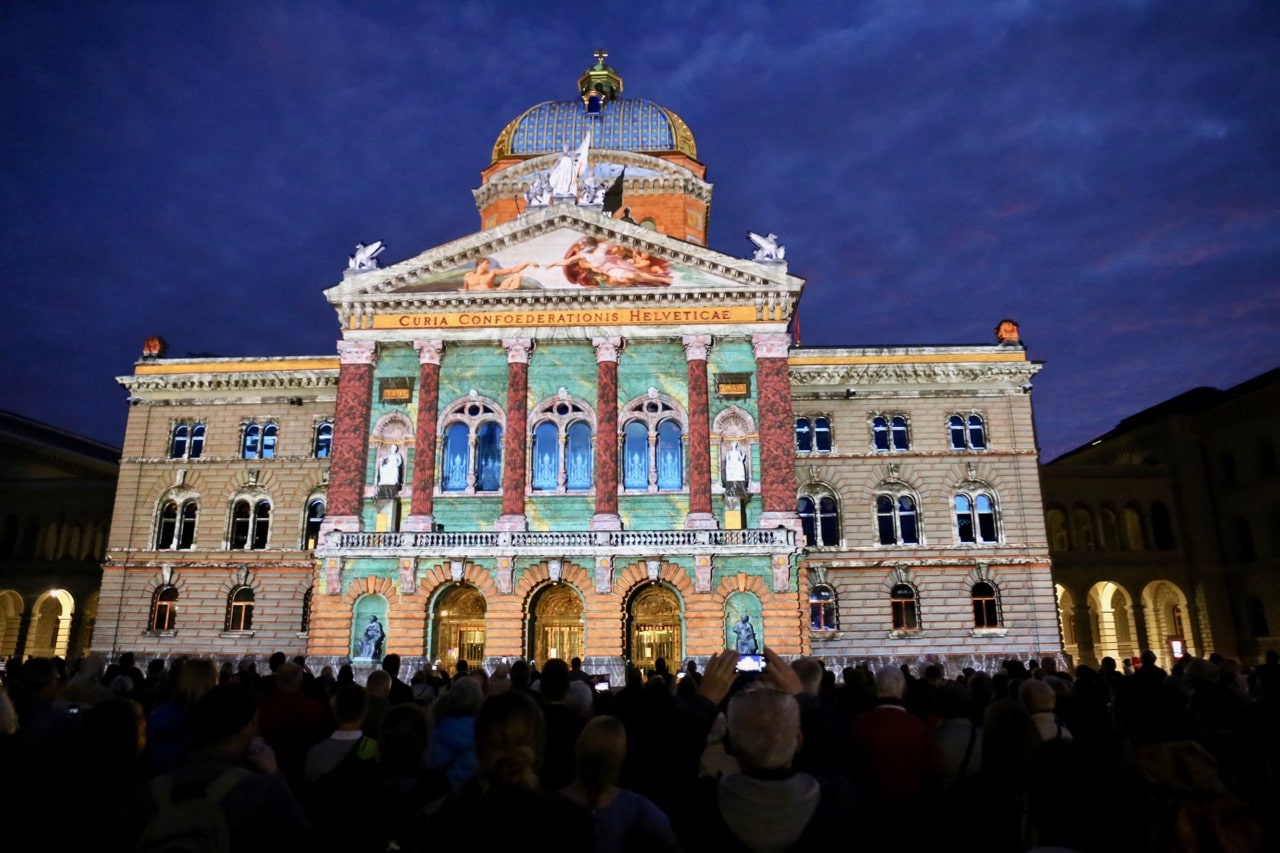 Directly across from the hotel you’ll find the city’s iconic Bundeshaus, the imposing seat of the Federal Assembly. During the Fall the city swarms here each evening as locals gather to enjoy Rendez-vous Bundesplatz. Now in its seventh year, the dramatic annual light show is projected onto the Swiss Parliament facade complete with the boom of a stellar score. Each year the theme changes, with 2017 marking the anniversary of the Reformation, telling the tale of how the religious movement transformed Switzerland. 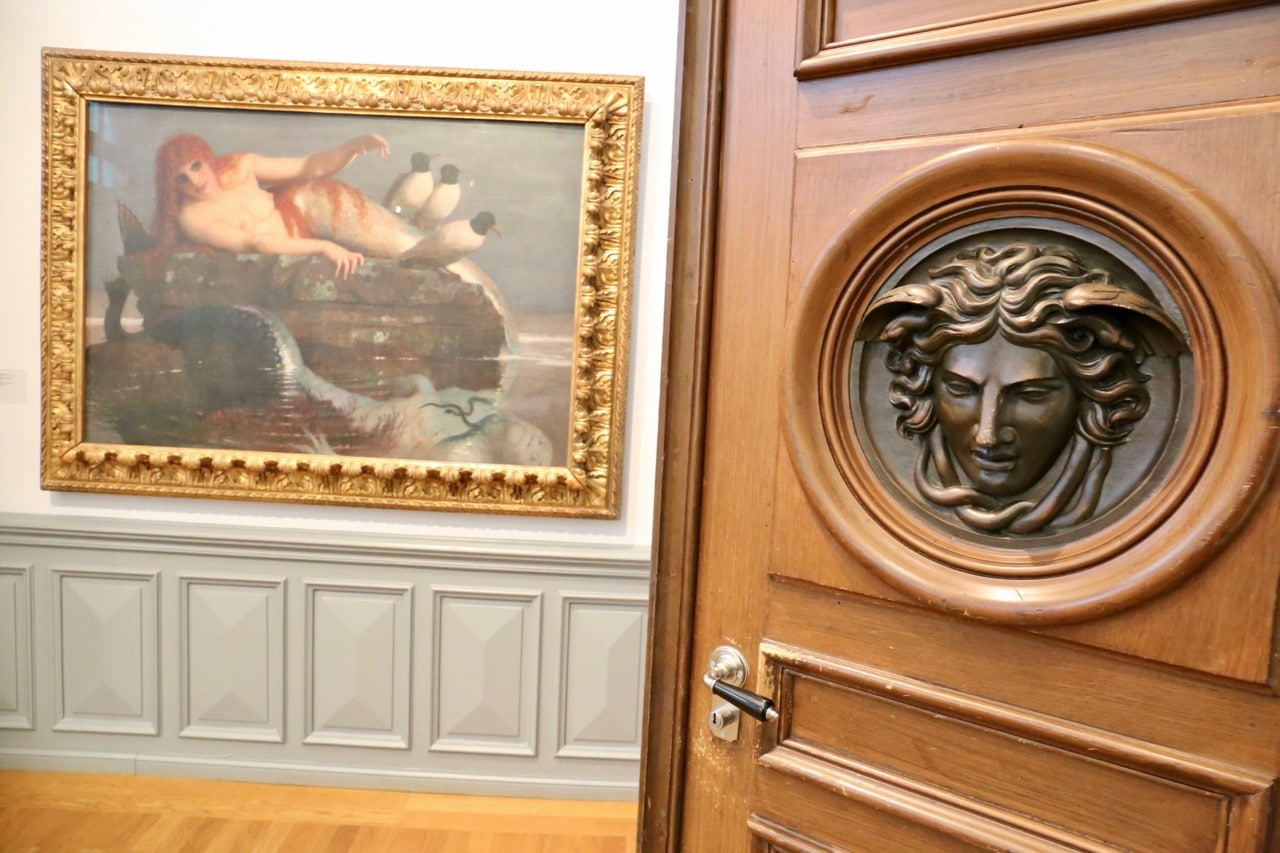 Bern’s Museum of Fine Arts (Kunstmuseum Bern) houses a collection of over 3,000 paintings spanning the 14th to the 20th centuries, it includes works from the Early Renaissance, 16th and 17th century pieces from Old Masters, 19th and 20th century French, including offerings by Delacroix, Manet, Monet, Cezanne, PIcasso and Kandinsky. Swiss artists such as Ferdinand Hodler and Albert Ankler are also well represented. 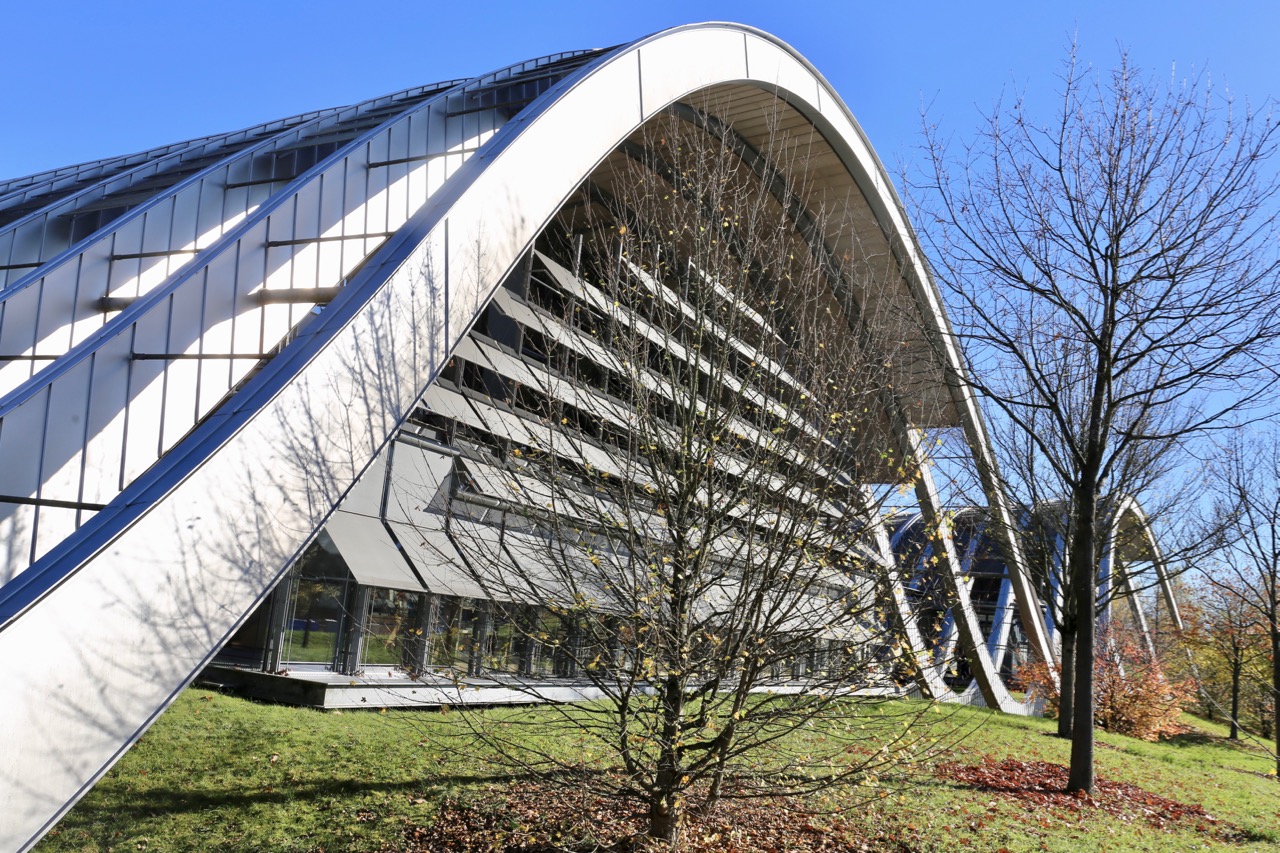 Zentrum Paul Klee is an art centre that houses the world’s largest collection of works by Swiss artist Paul Klee. Of the 4,000 paintings and drawings in its permanent collection, a changing selection of about 200 are on display at any one time. The undulating building by Italian architect, Renzo Piano, and the surrounding sculpture park are designed to blend in with the Swiss alp landscape. 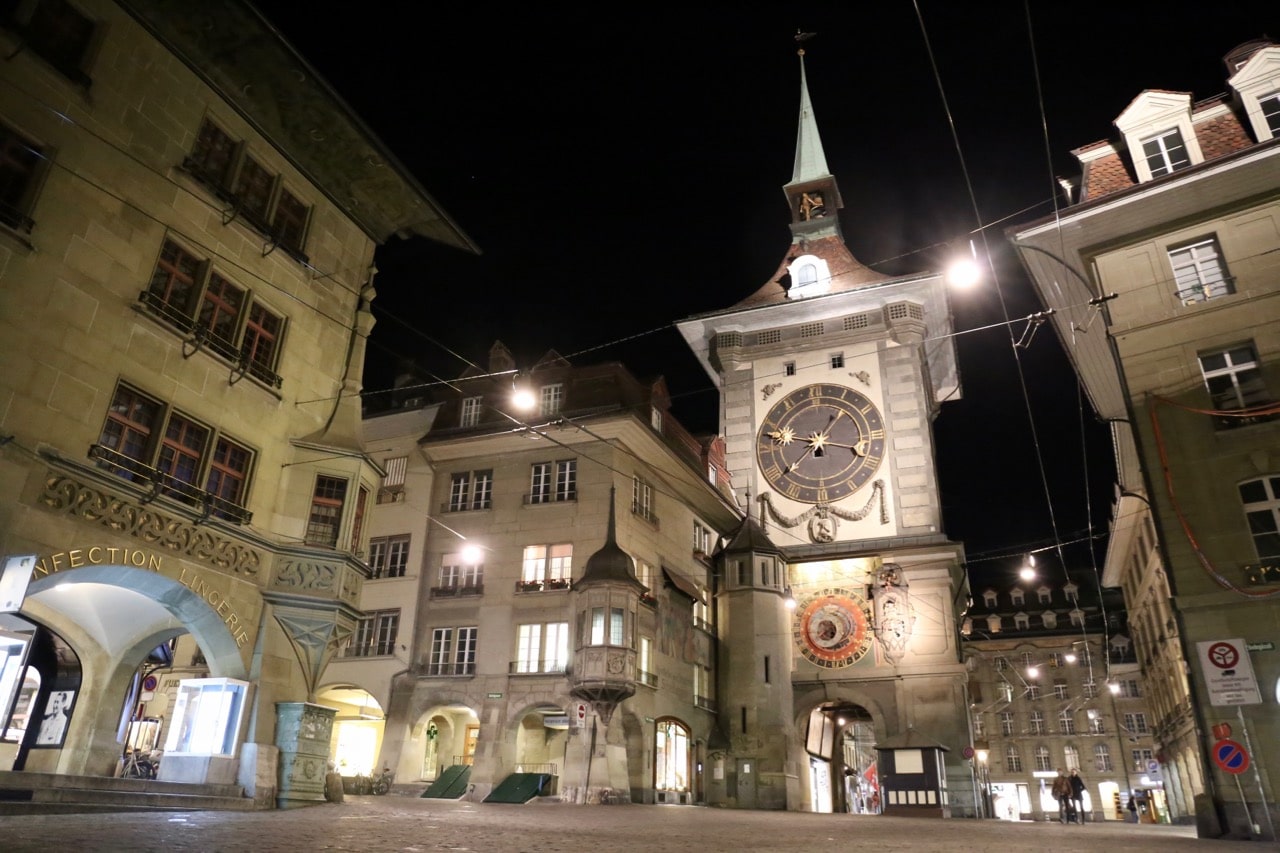 The Zytglogge is Bern’s central landmark. It was the town’s west gate from 1191 to 1250, then when rebuilt after a fire in 1405 was used to imprison prostitutes. Its famous astronomical clock was made by Caspar Brunner in 1527 contains mechanical figures, including bears and a crowing cock, that begin their procession on the clock’s east face at four minutes before the clock strikes the hour. 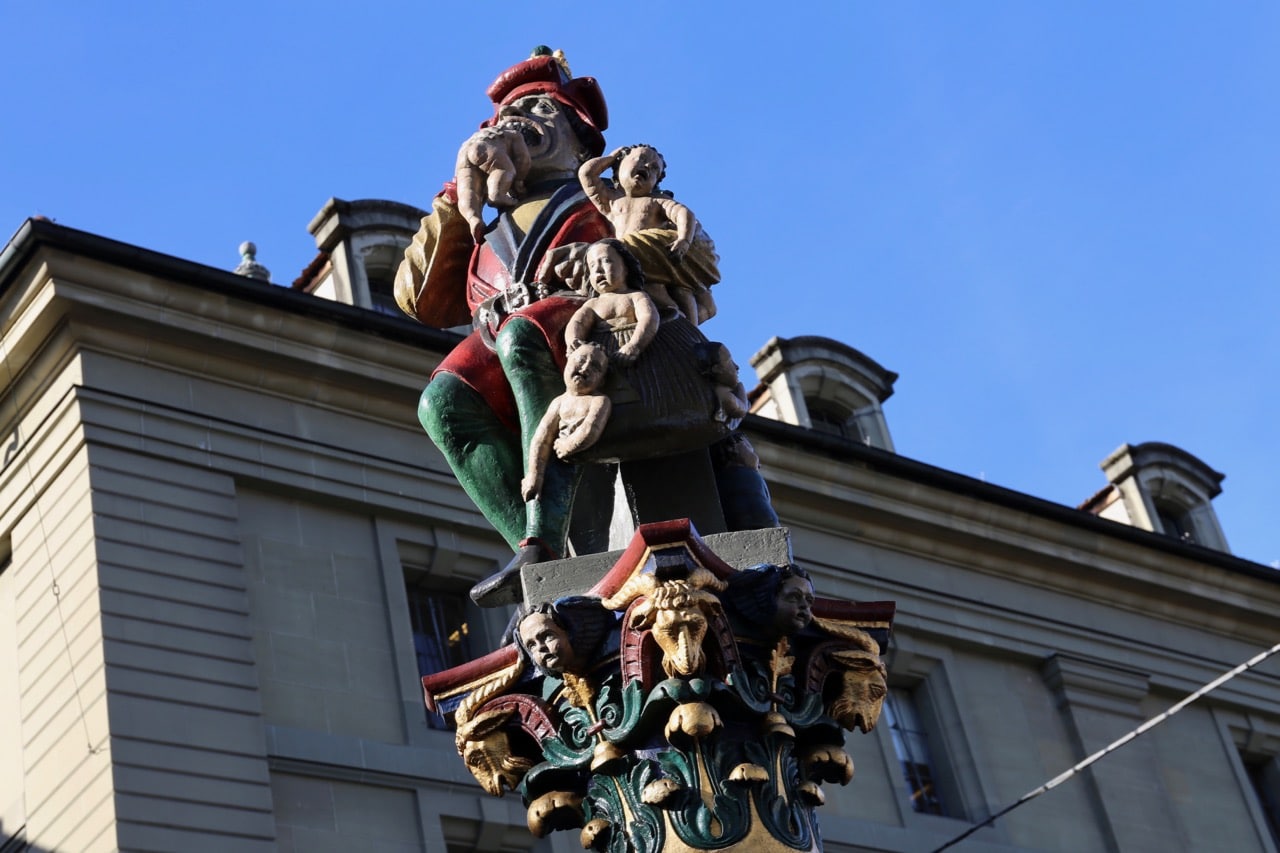 Standing in the middle of the city is the Kindlifresser, or “Child Eater,” by far the strangest of Bern’s 100+ ornamental fountains. The sculpture built in 1546 towers above the ground, a baby half stuffed into the giant’s mouth, and a sack of three alarmed tots slung over his shoulder presumably for a snack later on in the day. 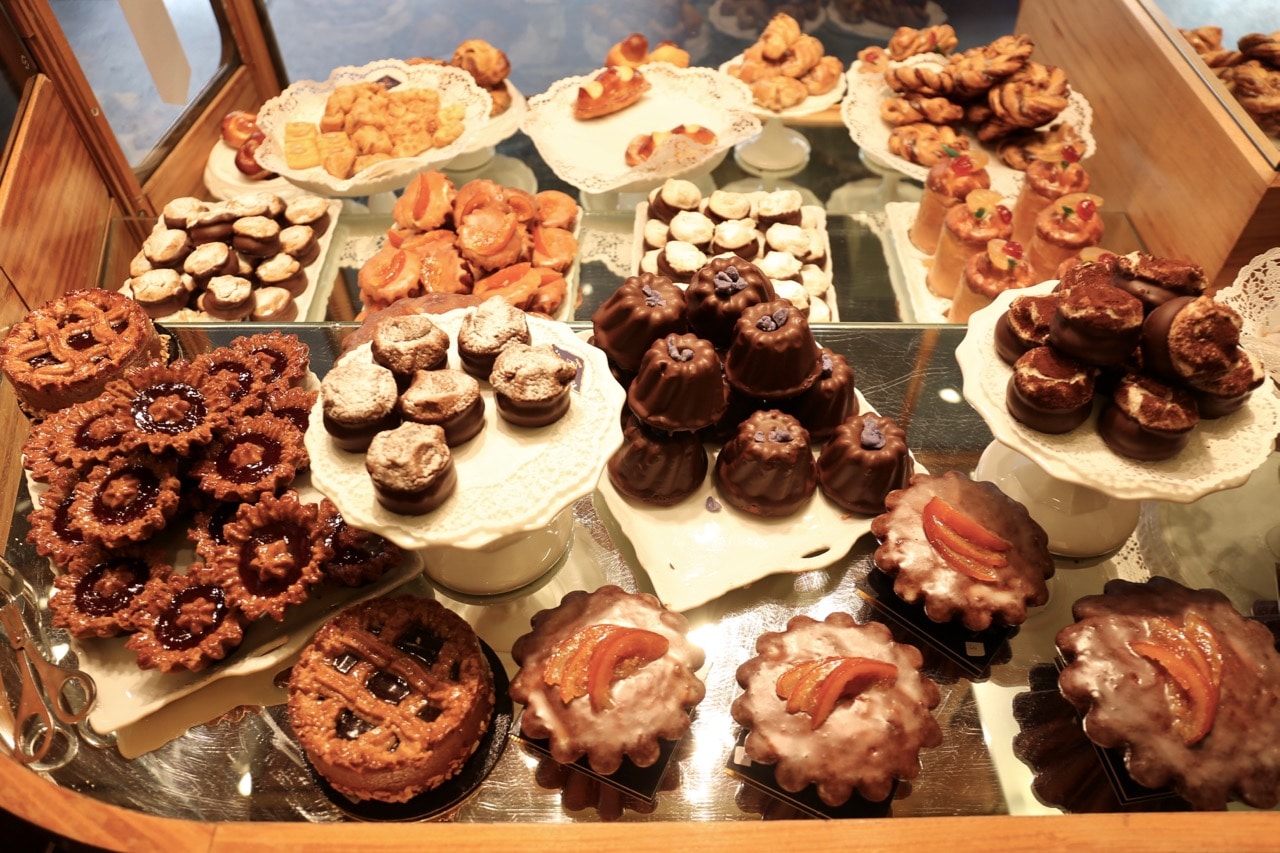 Those with a sweet tooth looking to sample the city’s finest chocolates, cakes and creams should skip into Confiserie Tschirren. The family owned sweet shop has been serving its coveted desserts for three generations, specializing in chocolates, pralines, truffles, and a parade of pretty pastries. 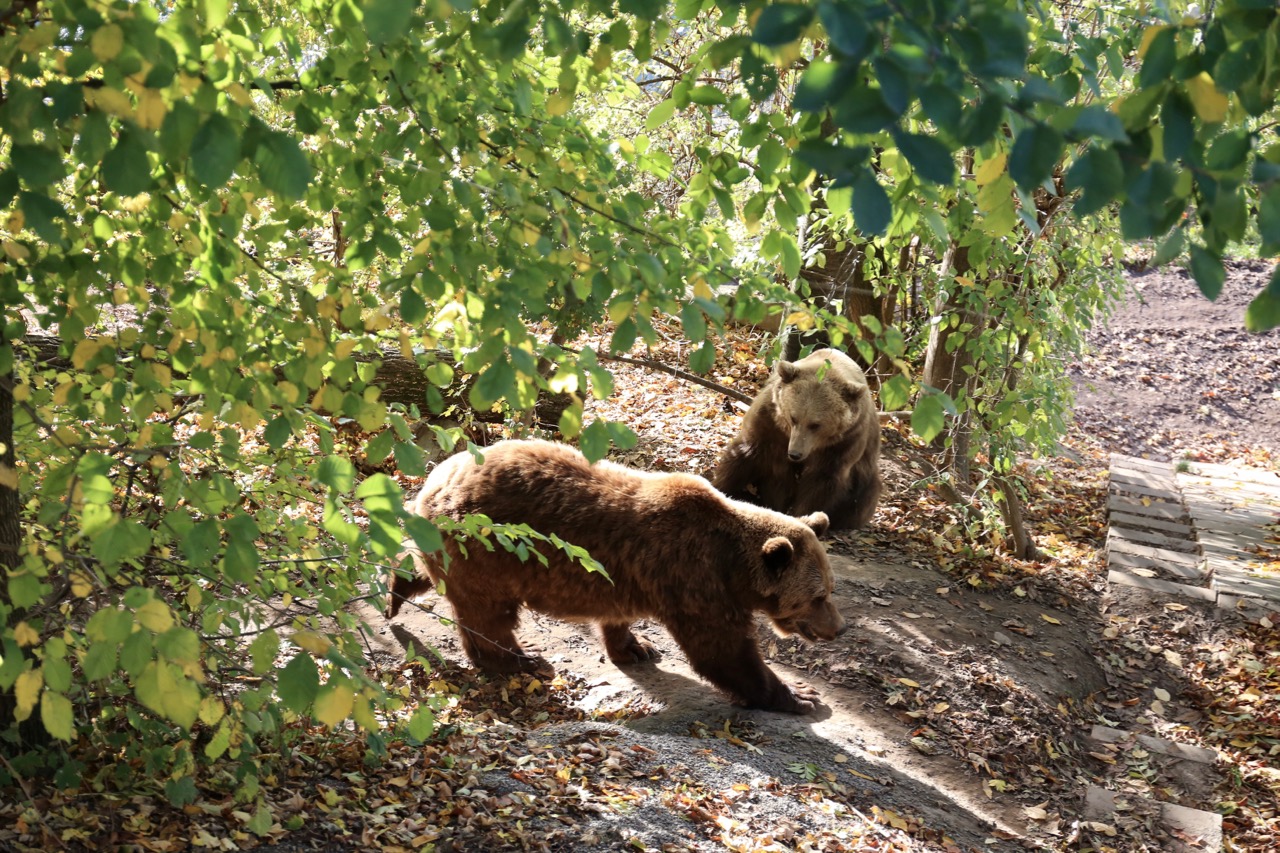 Brown bears have been the town mascot ever since Bern was founded in 1191. Today at Bear Park visitors can watch a brown bear family play throughout the day in their forested 6,000 square metre outdoor space. Sloping down from river, it has numerous caves and pools that provide the bears with a natural environment. 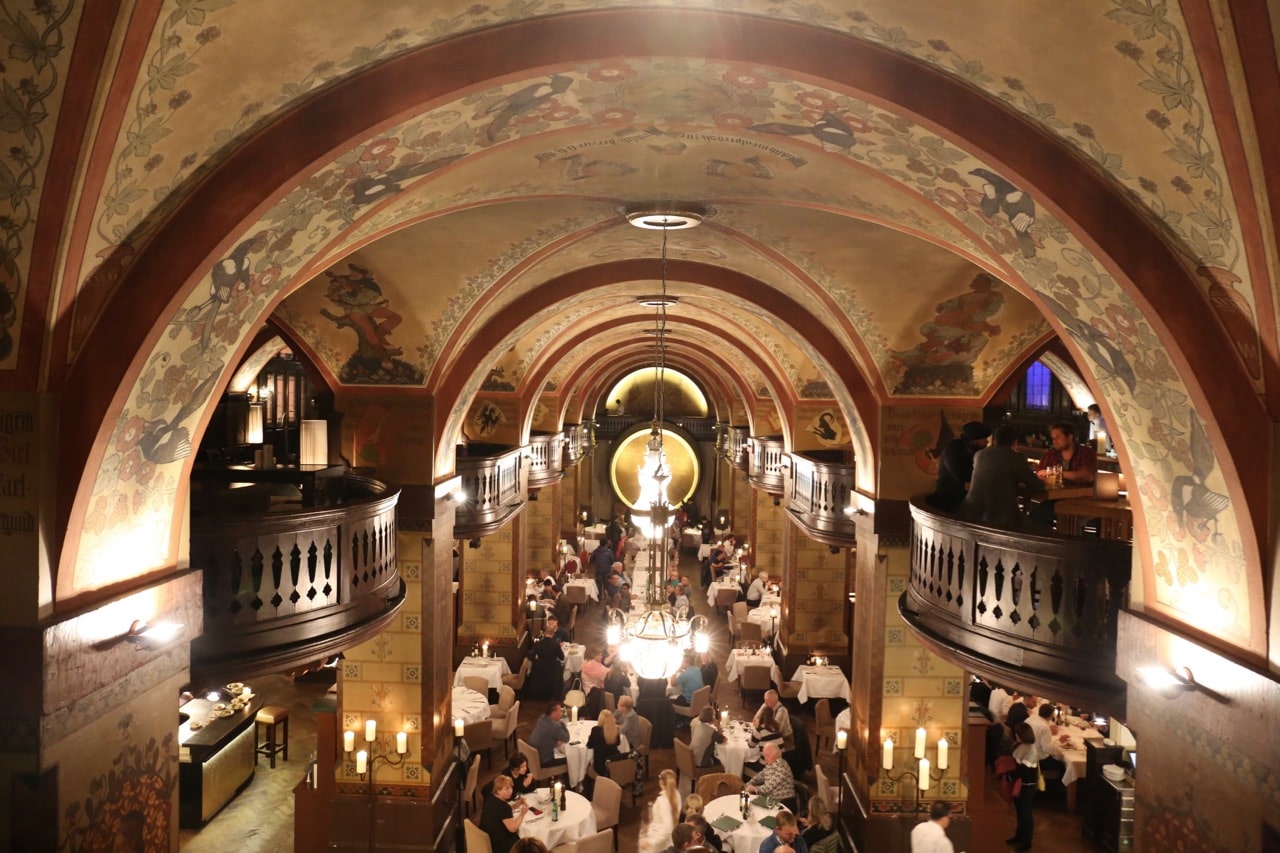 One of the city’s most popular restaurants can be found underground at Kornhaus. The 18th-century granary was built over large vaulted wine cellars that currently house a bustling restaurant. The space features striking Münger frescos, a giant golden wine barrel and menu highlighting Italian cuisine alongside Bernese specialities.