When the streets are glum and you’re unsure of what to do post-brunch, playing tourist is a fun way to explore your own city. Located in the heart of Toronto, the Art Gallery of Ontario has always been one of my favourites places to escape through the arts. Hitting it up with my spiffy new iPhone 6s was a no-brainer; it’s the easiest way to share stellar images of all the Emily Carrs, Paul Peels and Camille Pissarros you desire. The gallery is free every Wednesday evening from 6 to 9 p.m., making it the perfect time for art keeners (like yours truly) to roam and snap at their leisure.

There are a few things to remember when taking images with the iPhone 6s or 6s Plus for the first time. The camera — naturally called the iSight Camera — is 12MP and takes shots that are both sharper and crisper than ever before, with tons of cool features. First and foremost, the Auto Exposure/Auto Focus helps with lighting. In low light, slide your finger across the screen to play with the wee yellow sun, adjusting the exposure. After snapping some initial images with my new phone, I thought my eyes were playing a trick on me. As it turns out, I was experiencing Live Photos (the iPhone 6 and 6s have it selected as default). Basically these puppies are like wee GIFs and are pretty fun, extending your photo by 1.5 seconds before and after the actual shot. Turn them on and off by pressing the circle icon at the top of the screen. 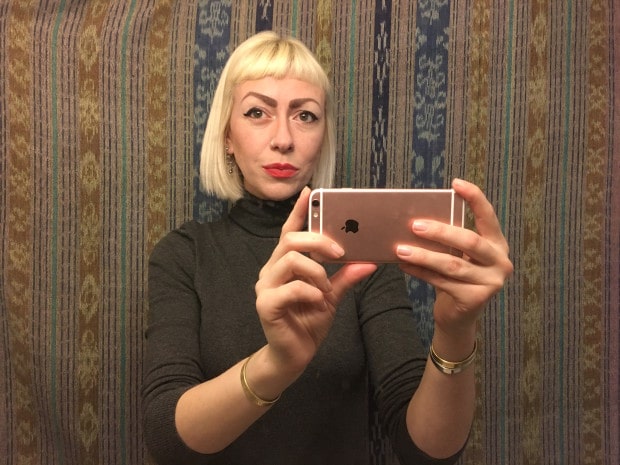 Another cool feature is Burst Mode. This is best for moving objects such as shots of a crowd or your friend’s new cocker spaniel mix. Press down the shutter and hold to activate, then pluck the best of the bunch. Retina Flash. Abhor the word ‘selfies’ or not, this phone’ll make sure you look your finest (even while holding back that eye-roll). The new front-facing Retina Flash is just the ticket for snapping in low-light. To use it, turn the flash icon on; a pre-flash will suss out the lighting sitch and the True Tone flash will match the surrounding light. The resulting images will have you looking like an absolute peach; your skin is far more natural-looking and has been rid of those pesky under-eye shadows that have crept up on you since you dove into your 30s.

Top 5 at the Art Gallery of Ontario in Toronto

Arent Arentsz, Skaters on the Amstel, 1620

This oil painting is noteworthy because it feels like a very Canadian winter scene, what with everyone skating around on a river. As it turns out, 17th Century Dutch artists were enamored of the winter ’scape long before, with artists like Adam van Breen, Jan Ekels the Elder and, of course, Pieter Bruegel the Elder having also turned to the colder months. This one’s fantastic because of the great attention to detail, but also because no one seems to be having a good time. Whether they’re out on a date, ice fishing or playing hockey, everyone seems to be entirely miserable with exactly the same morose facial expression plastered across his or her face. 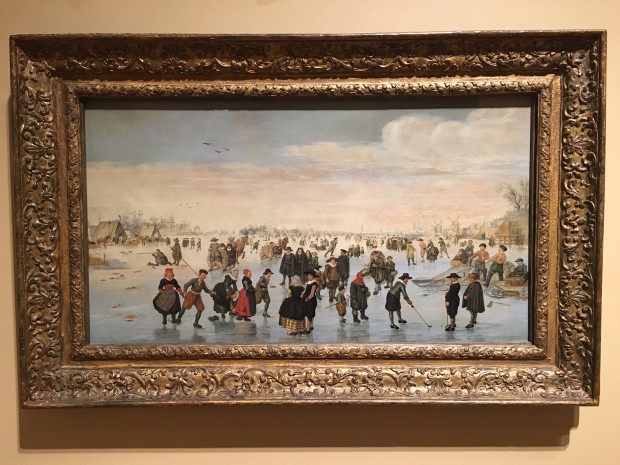 Any AGO visitor must be sure to head to the Canadian Collection to take in the wealth of works from Canada’s famed Group of Seven. While the Group was formally composed of all men — including most famously Lawren Harris and J.E. H MacDonald — painter Emily Carr stood both alongside and slightly apart from them, as one of the first west coast artists to achieve national recognition. While the Group explored the stark northern landscapes, Carr’s work often possess a link to humanity, be it through the presence of a carved crow in Big Raven or, in this case, a totem pole. Here, moody greens act as an expressive backdrop to the thoughtful motion of the totem figure, who serves to welcome guests to a potlatch, a ceremonial feast common to Northwest Coast Aboriginal groups. Deeply inspired and influenced by Indigenous culture of the west coast, Carr was keen to put to paint emblems of what was seen as a dying culture due to the encroachment of the white man. 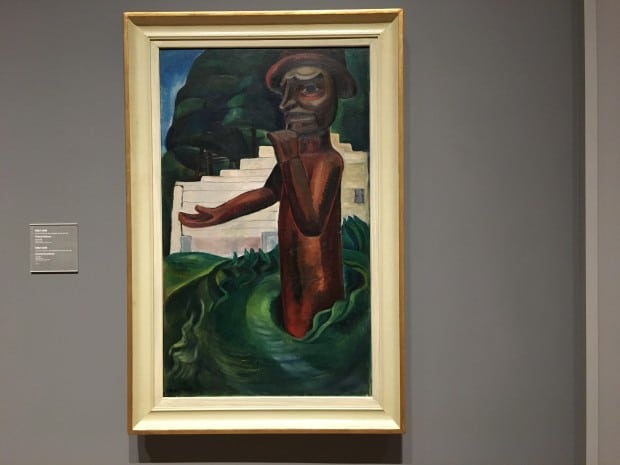 You can’t help but be drawn in by the Marchesa’s gaze. Born into an aristocratic family, Luisa Casati had a proper childhood before freeing herself from the clutches of society. Naturally this involved painting her face, teasing her hair into wild proportions and surrounding herself with a roster of exotic animals. A patron of the arts (the artist was, unsurprisingly, a lover), Luisa did as she damn pleased, refusing to look and act like those around her. In her day, she played muse to artists like Man Ray and continues to inspire; Louis Vuitton has sent models down the runway in her make while designers Georgina Chapman and Keren Craig named their Marchesa brand after her. 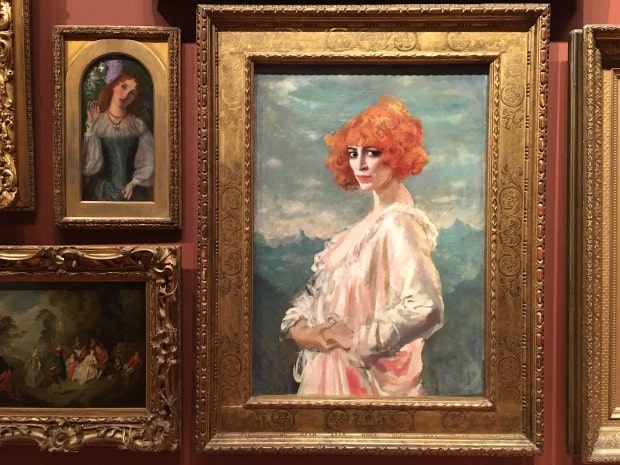 Fresh from a stint in conservation and a trip to the MoMa, the Floor Burger is again on display at the AGO. Initially procured back in 1967 for a cool $2,000 (imagine!), the public wasn’t so pleased with the purchase, protesting outside the gallery with signs reading ‘Don’t Burger Up Our Gallery.’ This Oldenburg sculpture is one of the most pivotal emblems of the pop art movement, which mined from the ordinary and transformed into the extraordinary. Made from cotton duck canvas painted over with acrylics, the burger was entirely sewn by Oldenburg’s then-wife Patty Mucha and stuffed with ice cream cartons and upholstery foam. Recent conservation efforts saw new life breathed into the flaking paint (it was pasted back on) and the burger plumped it up to its original size. It goes without saying that you should avoid jumping on it, though museum visitors are rumored to have done back in the ’60s. 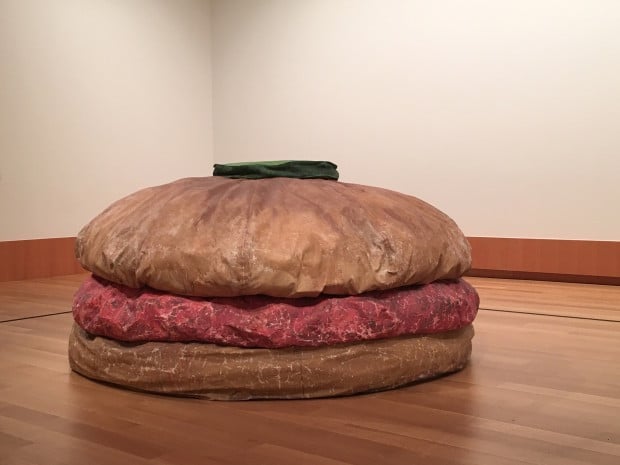 Andrea-Jo noted that this is one of the most popular pieces in the museum — and for good reason. Back in 1621 when Cardinal Alessandro Ludovisi became the new pope, Bernini then only 23 years old, was commissioned to carve his bust. Ole Greg was so pleased with the sculpture that the artist was deemed a knight. The marble has been given a luminous quality, with the new pope’s somewhat furrowed brow speaking to the seriousness of the job that awaits him. Still, the expression in his eyes communicates that he’s up for the challenge. 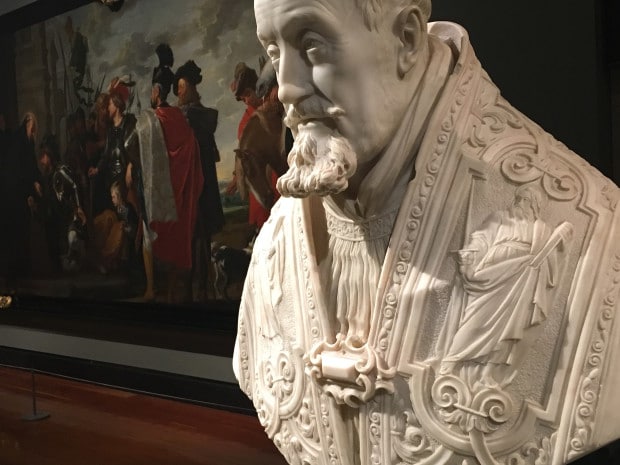 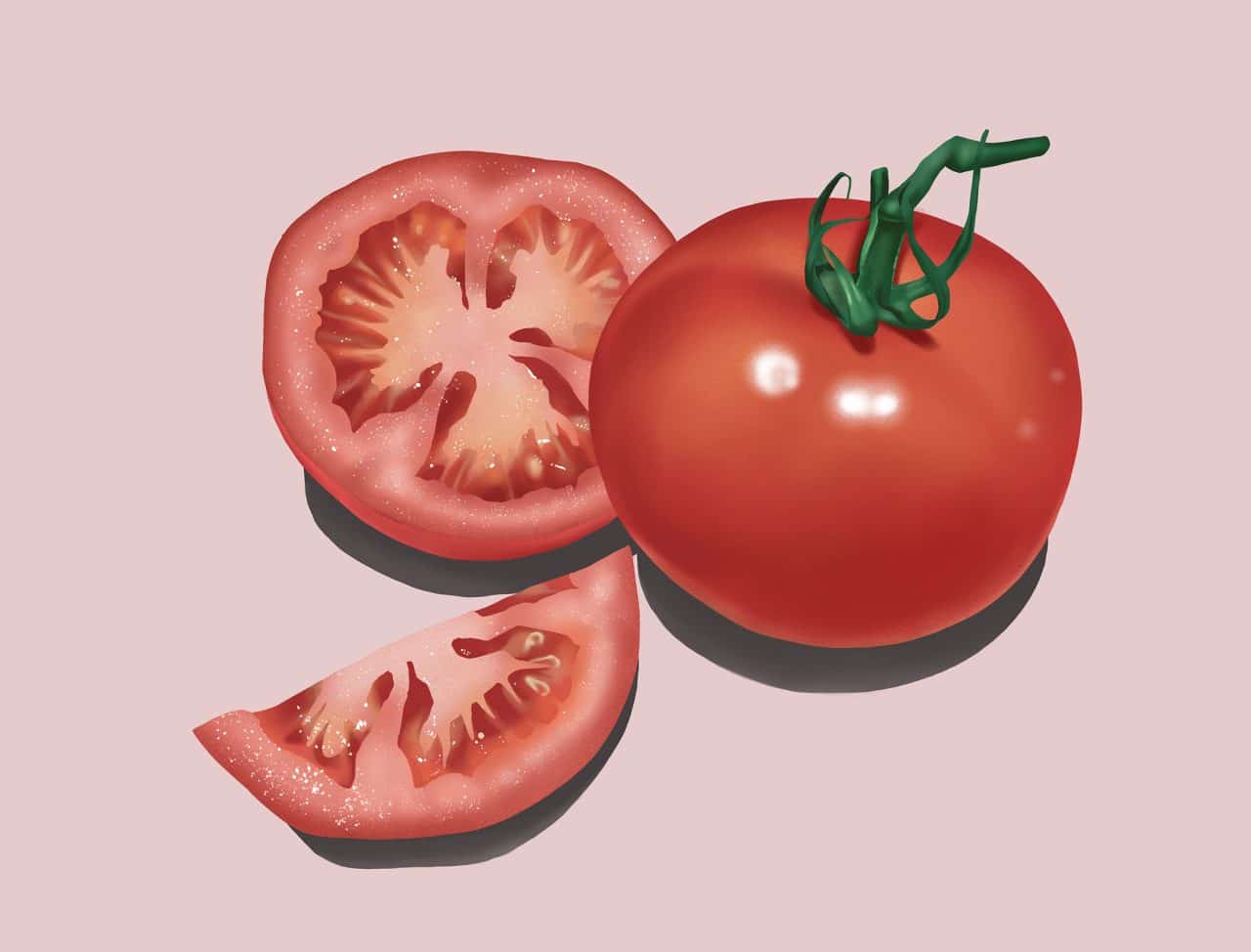 How To Draw Tomatoes Step by Step Procreate Tutorial 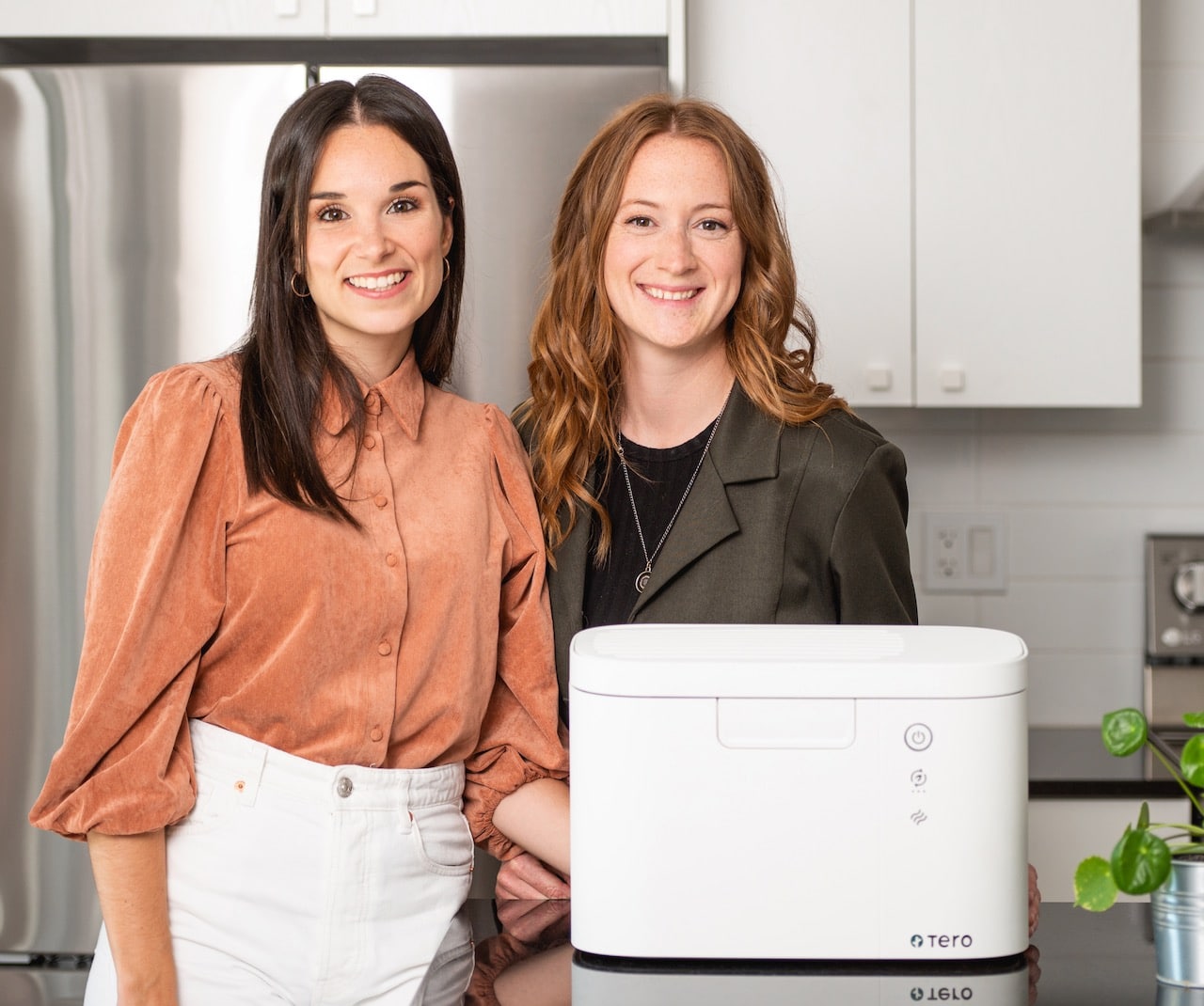 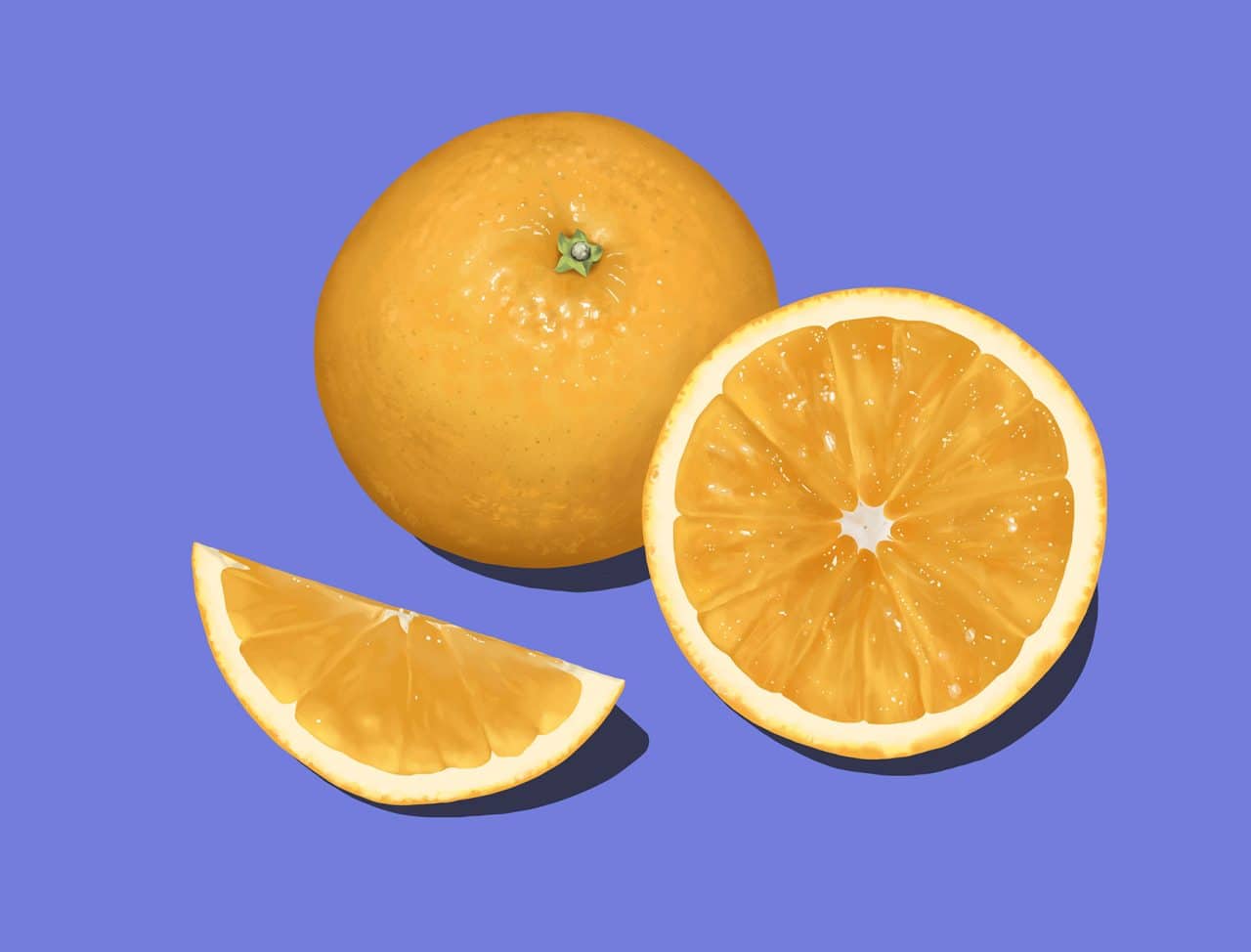 How To Draw an Orange Step by Step Procreate Tutorial