I’ve been obsessed with food since I was a wee one. My parents share hilarious stories about arriving into the kitchen early in the morning and finding me, a tiny toddler, stuffing my face with whatever I was able to snatch out of the open cupboards.

I quickly became fascinated with the preparation of my favourite dishes, tip toeing on a chair in the kitchen to watch my mother prepare strawberry jam in the Summer (I helped her pluck and pick at a local farm), roasted turkey in the Fall, apple crisp in the Winter and fresh salads in the Spring. 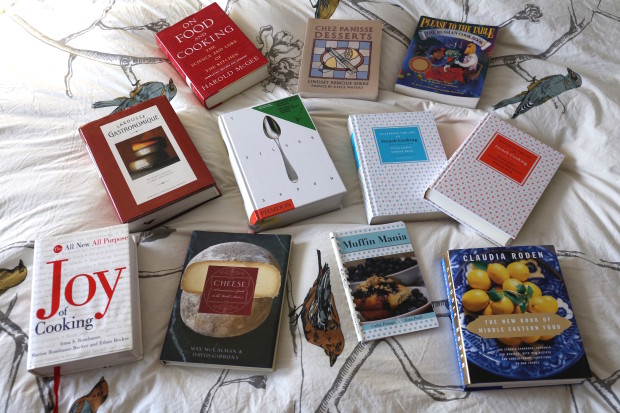 My first big buy that I saved for weeks to purchase was a Black & Decker Bread Maker. I spent months experimenting with yeast via cheddar and chive loaf and rolled out sticky n’ sweet cinnamon buns.

It was while I was studying Hotel and Food Administration at the University of Guelph that I started to curate a serious culinary collection for my bookcase: from classic staples like the Joy of Cooking to niche interests on cheese and foodie nerd texts on the science behind our favourite kitchen creations.

10 Cookbooks You Need in Your Kitchen Now 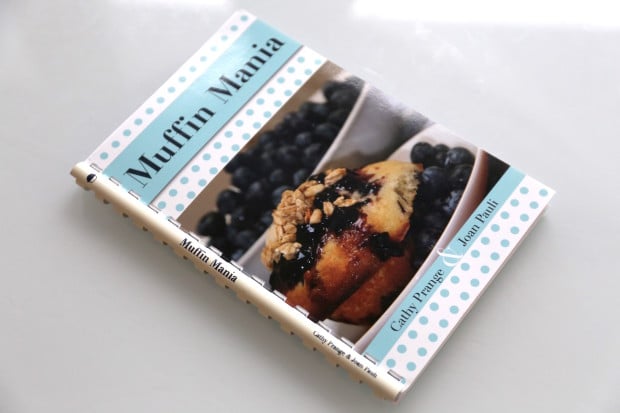 was the first cookbook I used as a child. It’s a Canadian classic (the two authors are from Ontario) which first went to print in the 1982. I’ve prepared many of the recipes hundreds of times with favourites including Oatmeal Banana, Jalapeno Cheddar Cornmeal and Lemon Blueberry. 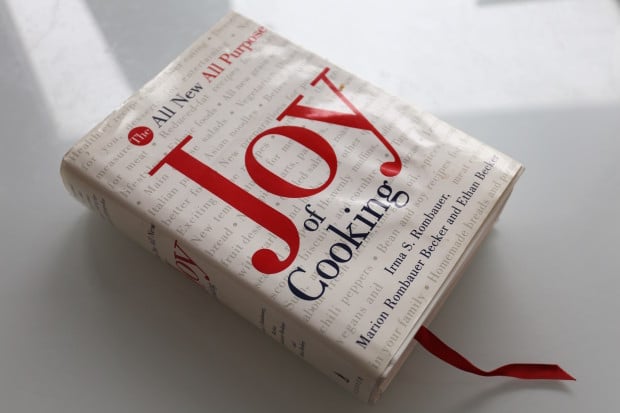 The Joy of Cooking

is the North American cooks bread and butter. The encyclopedic recipe book is a staple in millions of kitchens as it features every recipe you could possibly dream of preparing. The current edition has been revised since it was first published in 1974 to cater to the modern lifestyle (Kitchen Aid mixers rejoice). I adore the illustrations throughout the book which do a great job at offering home cooks a detailed description on how to butcher a bird, peel shrimp and roll an omelet. 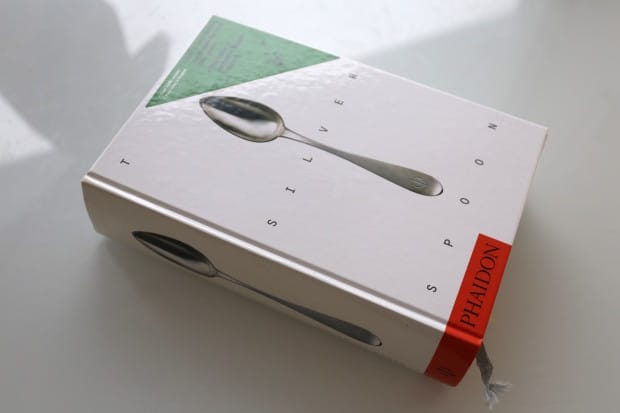 is essentially Italy’s Joy of Cooking, and dubbed Italy’s best-selling cookbook for over fifty years and the “bible of authentic Italian cooking.” The massive text features beautiful eye-popping pictures that compliment thousands of recipes, from classics like bolognese, polenta and pizza to more unknown regional dishes from Tuscany, Emilia Romania, Umbria and beyond! 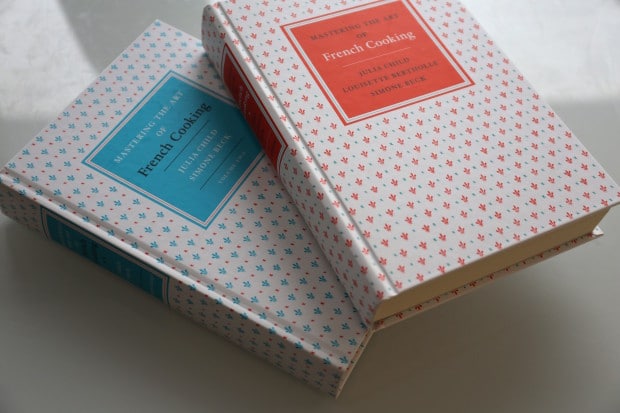 was a game changer when it was first published in 1961. Julia Child quickly became an adored icon, beloved in kitchens around the world for her approachable take on French cooking “for the every day American.” My go to Julia Child recipes are Beef Stroganoff and Coq au Vin. 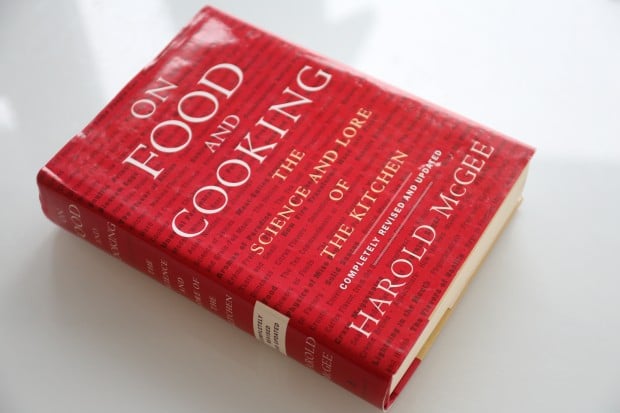 On Food and Cooking: The Science and Lore of the Kitchen

is a perfect gift for anyone who is curious about why food behaves the way it does. The book answers every question you can imagine scratching your head over including How Egg Proteins Stabilize Foams, Why Muscle Enzymes Generate Flavour, Fat Oxidation and Rancidity and How Heat Affects the Qualities of Fruits and Vegetables. 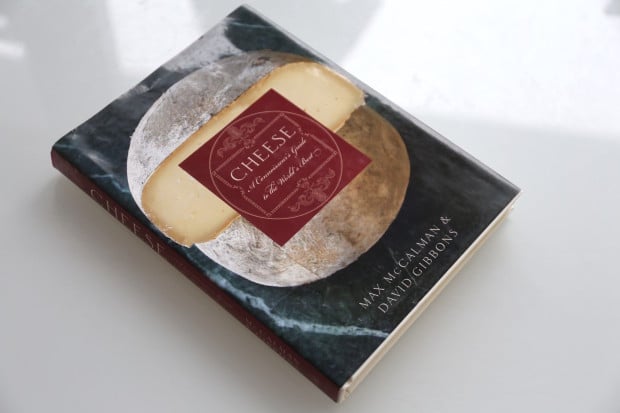 Cheese: A Connoisseur’s Guide to the World’s Best

is my favourite “coffee table book” as it offers an extensive library of fromage which features gorgeous photos and detailed descriptions for each product. The first few chapters do a great job at educating newbies on how to source, store, serve and pair cheeses at home. Each cheese is offered a detailed history, provenance, production method, appearance, seasonal note, wine pairing suggestions and strength rating. You’ll be swooning in no time for Berkshire Blue, Mothais-Sur-Feuille and Laguiole! 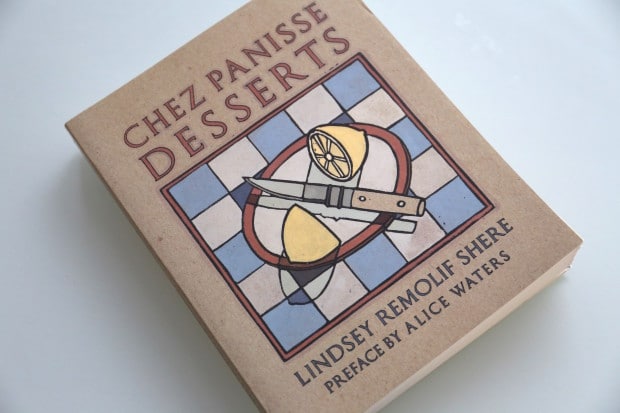 by famed chef Alice Waters allows foodie fans to recreate her Berkeley California restaurant favourites at home. For years Chez Panisse was ranked as the best in the world. I enjoyed my own pilgrimage to the restaurant in 2007 as a treat after graduating from university. I particularly enjoy the dessert edition from the collection with favourite recipes including Pear and Fig Tart, Hazelnut Souffle and Blood Orange Ice Cream. 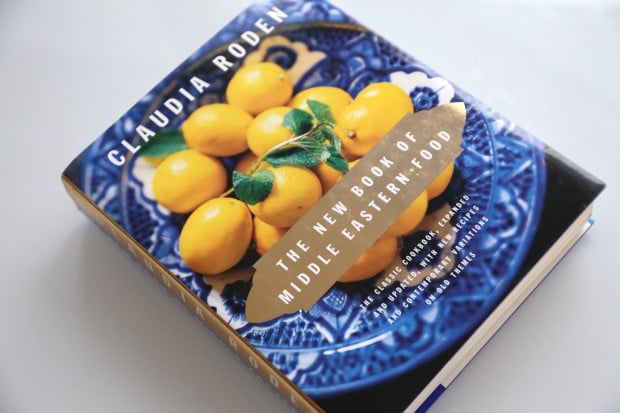 is the perfect guide in the kitchen for anyone obsessed with Arabian aromas. After traveling through Dubai, Israel, Jordan and Egypt I’ve been wooed by ancient recipes dotted with yogurt, plucked with olives and slathered in tahini. Favourite recipes include smoky baba ganoush, creamy hummus, crispy falafel, a swath of hearty soups and endless spice infused meaty mains. 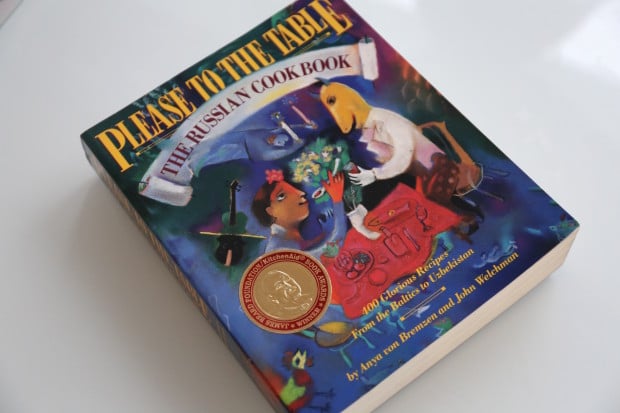 Please to the Table: The Russian Cookbook

is a James Beard Foundation Award Winning cookbook featuring 400 recipes from the Baltics to Uzbekistan. I’ve always had a fascination with the history of Russia’s culinary traditions (known for excessive royal treatments on par with France’s Sun King). Highlights include Salmon Croquettes with Dill Mayonnaise, Veal Cutlets with Chanterelles in Madeira and Siberian Meat-Filled Dumplings. 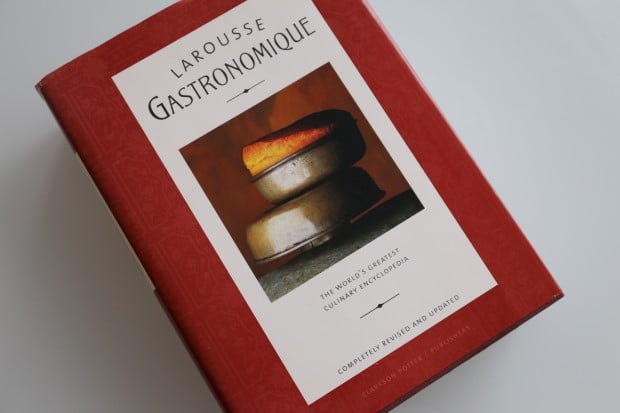 is dubbed “The World’s Greatest Culinary Encyclopedia. The 1350 page food bible offers a handy definition and explanation for every ingredient, culinary technique and recipe known to man. Randomly flipping through its pages I land on a delicate sheet featuring definitions for frying (the process), frying pan (the tool), fudge (the 19th century error which now delights sweet teeth), fufu (African savoury pudding) and fugu (Japanese blowfish). After purchasing the book in university I made a point of working through its pages (starting at A of course) for 30 minutes each night before bed. If you’ve ever been curious about the history of the Apple Fritter (and who isn’t?) this essential encyclopedia will have you totally nerding out. 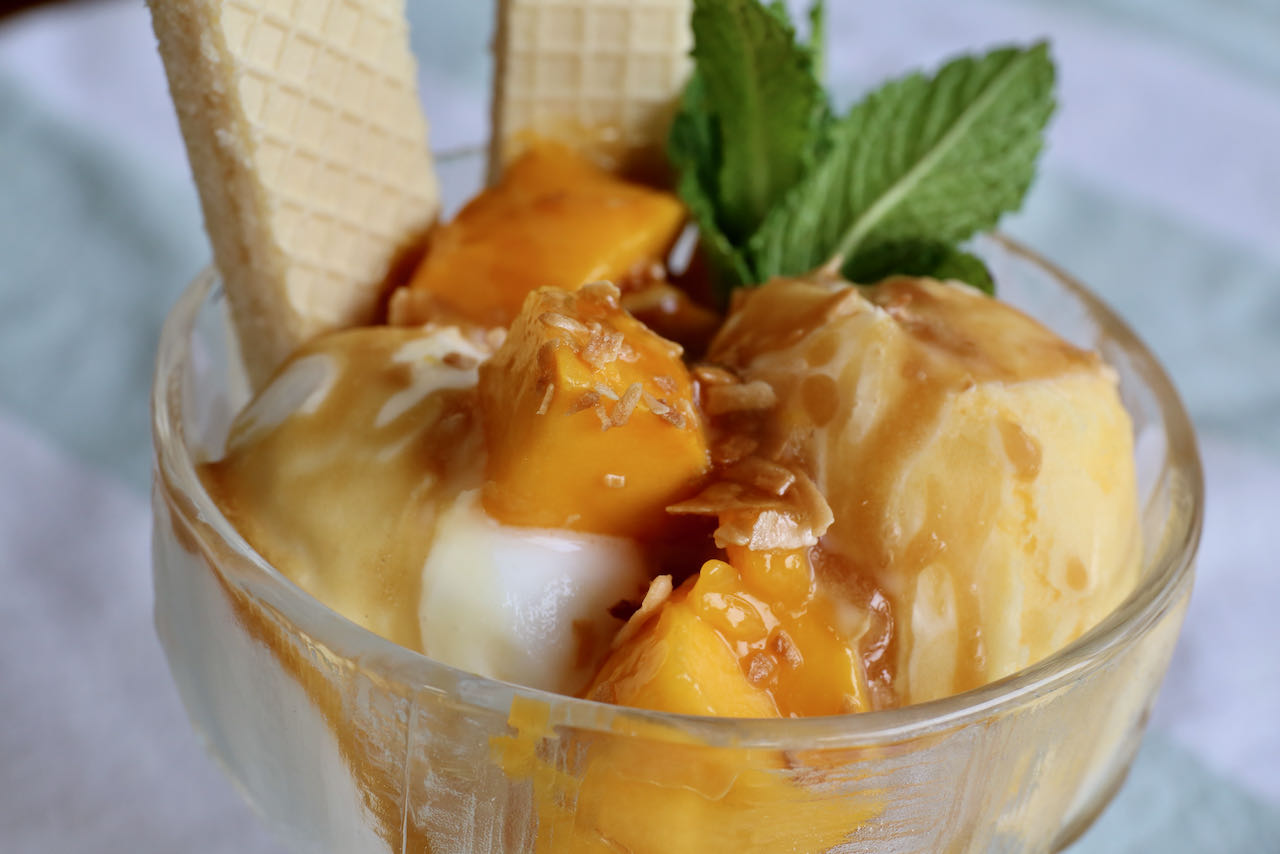 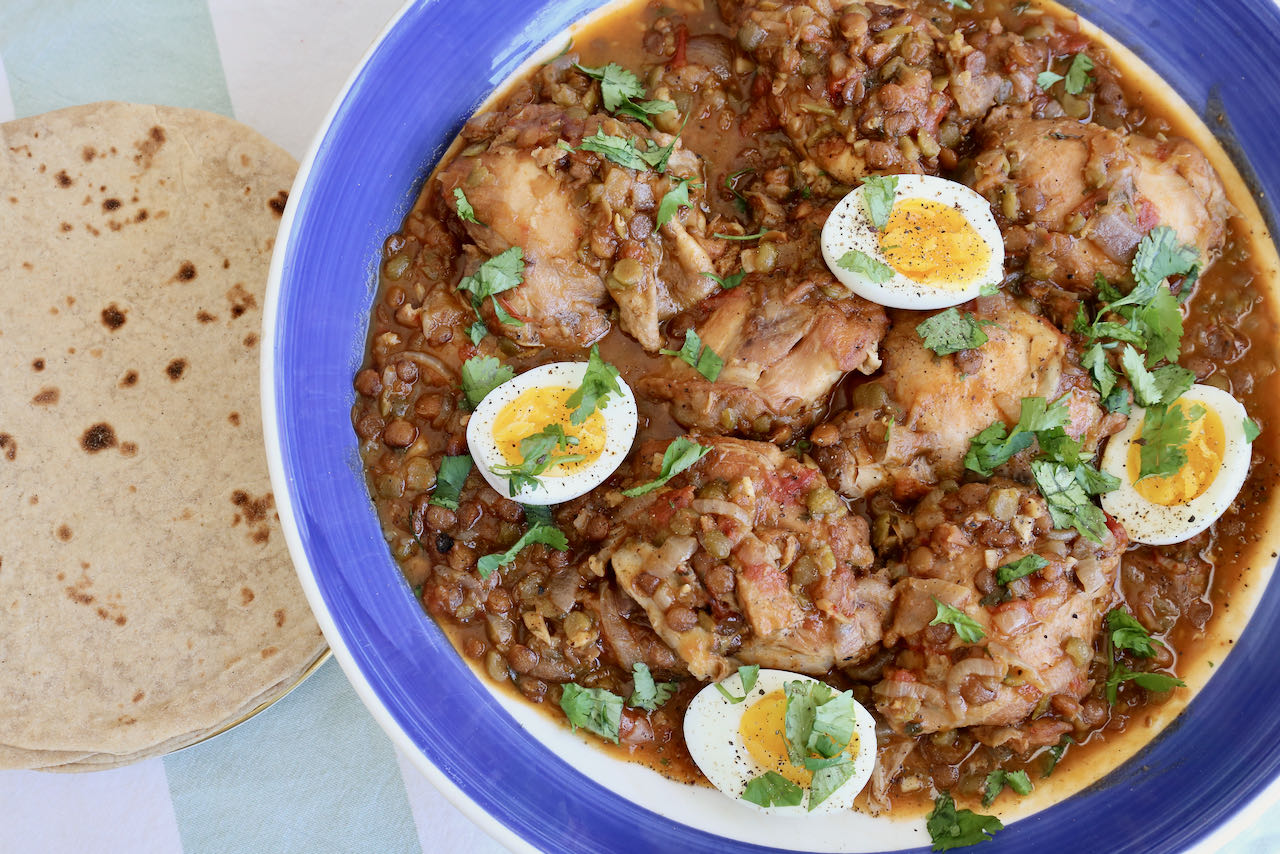