The AAA Four Diamond award winning Brown’s Beach House Restaurant at Fairmont Orchid is named after Francis I’i Brown, a gifted statesman and leading Hawaiian figure in the 20th century and former owner of the lands that now comprise Mauna Lani Resort. One of the most internationally known Hawaiian athletes in the 1920s, he set golf records, was a powerful swimmer and diver, a net fisherman, surfer and polo player. “Uncle Francis” would come to this place called Kalahuipua’a on Hawaii’s Big Island to escape from the hustle and bustle of his travels and spend his days fishing, farming and relaxing.

Executive Chef Hubert Des Marais honours the legacy of Uncle Francis by serving his own unique interpretation of contemporary Hawaii Island cuisine. His seasonal menu of the moment features the freshest seafood, local meats and locally sourced produce from the farms of Hawaii Island.

A graduate of the Culinary Institute of America, Des Marais has been named one of “America’s Ten Best New Chefs” by Food and Wine Magazine, has been featured on Food Network “Great Chefs of the Southeast,” and has cooked at the James Beard House on numerous occasions. 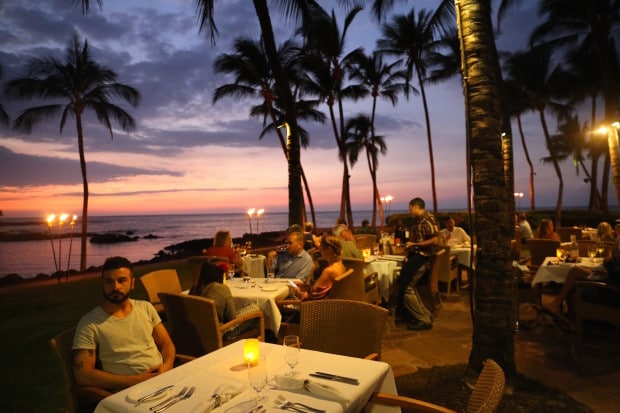 Brown’s Beach House is perhaps one of the most romantic restaurants in all of Hawaii. We plopped in our seats just as a jaw-dropping medley of purple and pink splashed across the horizon. Each evening the al fresco dinning room fills with sun kissed family’s and romanced couples who lick their sun parched lips as they wag eager fingers down the menu.

We had heard several guests rave about the addictive glazed beef cheeks so made a point of starting with a guaranteed hit before marching through a parade of pretty plates. Highlights from the fine feast include traditional Ahi Poke with chili pepper water, miso roasted Mahi Mahi perched over sweet corn succotash, Maui raised Venison paired with sweet ohelo berry and light and fluffy Waimea Strawberry Malasada Shortcake. 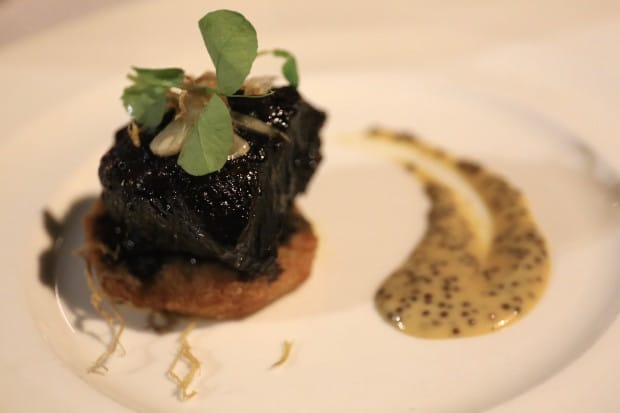 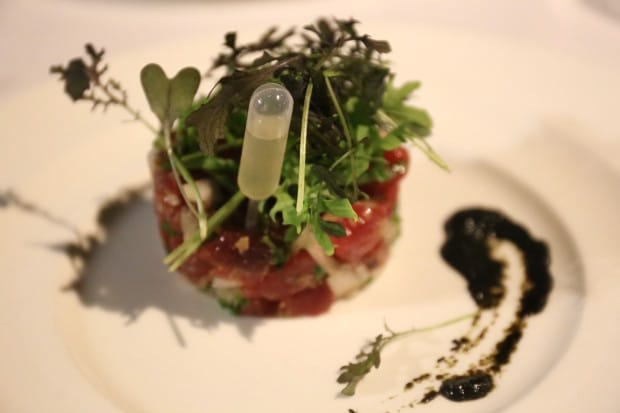 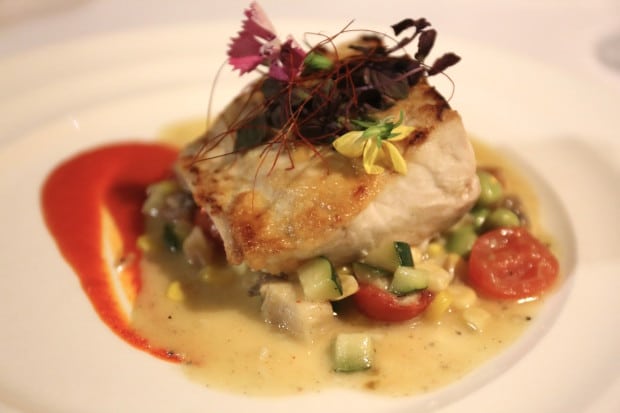 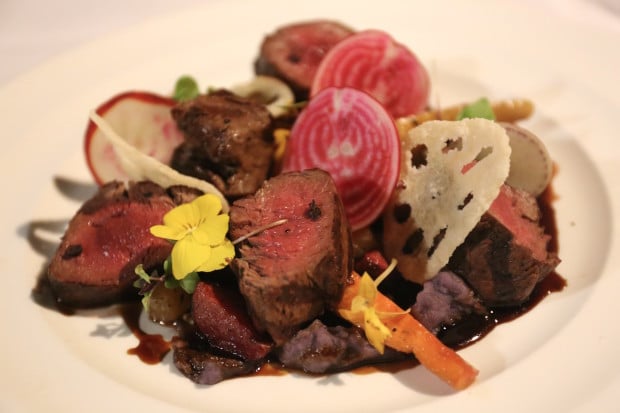 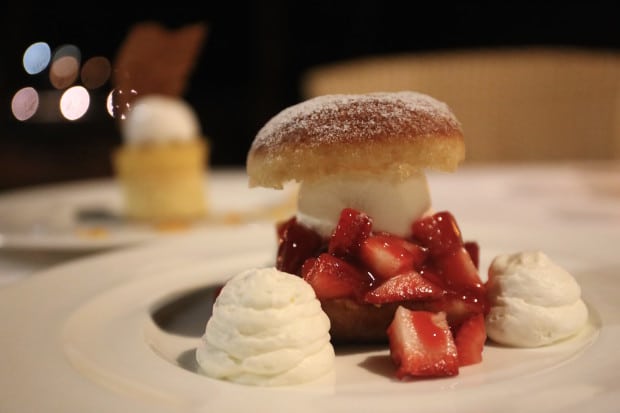