Since moving to Toronto over five years ago I’ve made a point of celebrating my birthday each year with my parents at a restaurant in the city I’ve been keen on craving. So this year when my mother asked where I’d like to ring in my 31st birthday I checked my to do list and grinned before chirping, “Scaramouche!”

Scaramouche has been around forever (in the restaurant biz that’s anything over five years). I first read about the restaurant when I moved to the city while flipping through a Toronto Life magazine which lauded the kitchen for its now infamous coconut cream pie. Fellow food writers had shared their own pie pilgrimage stories and figured it was high time I dig in. 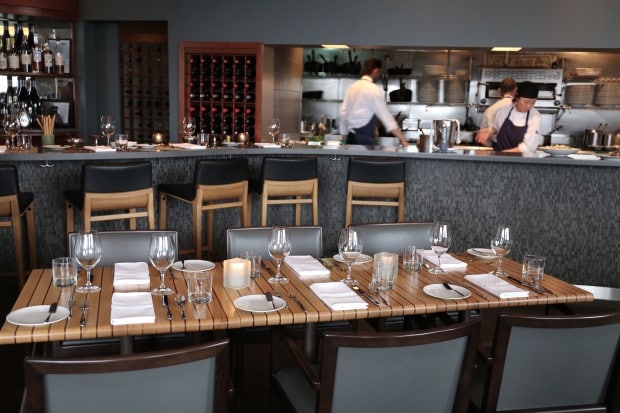 My parents at this point are used to living with a son who writes and photographs everything he eats. I warned my parents in advance, “We’ll be eating dessert first. I know this is unusual but the restaurant has a very famous slice of pie that I want to enjoy on an empty stomach rather than forcing it down after a decadent dinner.” While my intention was met with protest and confusion, it was my birthday so I could pretty much get away with anything.

After dropping our car off with the restaurants valet we slowly sauntered down a staircase, splashing into a dinning room famous for its views of the Toronto skyline. After plopping down onto a comfy bench we blurted out laughing as a blizzard swarmed around the city. So much for April showers…

We sussed out the menu while sipping on a vibrant bottle of red from California which both of my parents ohhh and ahhh’d over. Our server flashed a smug mug when I placed our order, “we’ll start with a slice of your coconut cream pie.” Once the white chocolate shaving topped slice arrived at the table we each dug in with eager forks, quickly coating the inside of our merlot stained mouths with fluffy, custardy cream.

I was struck by a revelation that evening: we should all celebrate a fine feast moving forward by first devouring dessert, then swaggering through a few meaty mains and finishing with a light salad. Highlights from the savoury side of Scaramouche include classic Steak Tartare, cream doused Peppercorn Fettuccine, smoked bacon and brussels sprout adorned Parsnip Ravioli and crispy tarragon mustard crusted fillet of cod resting on refreshing meyer lemon relish. 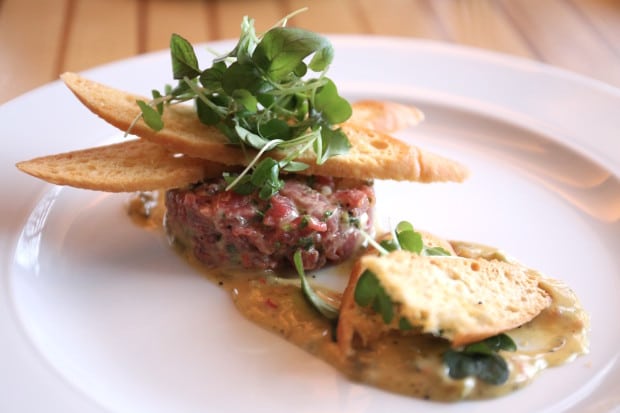 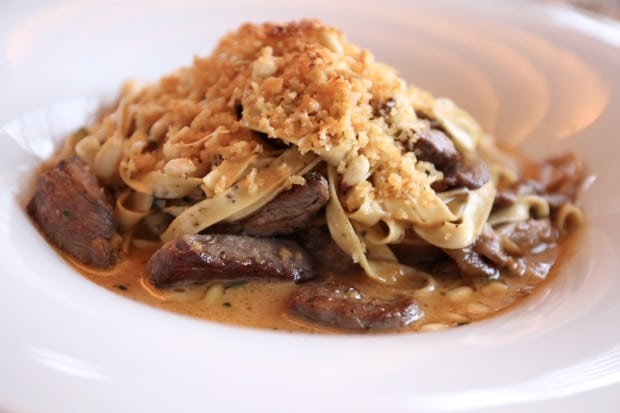 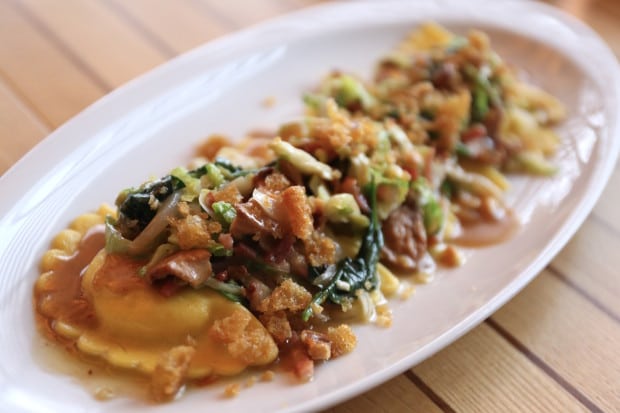 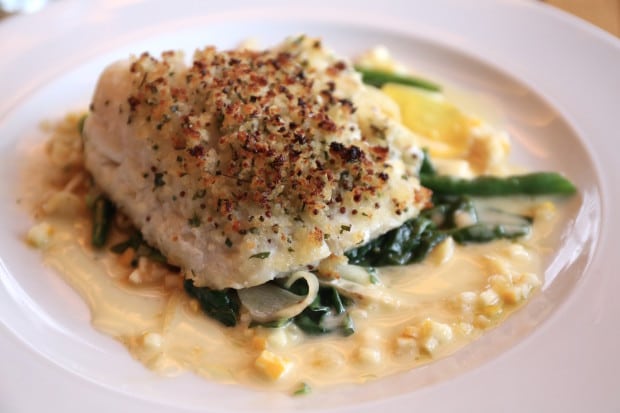