There’s a buzz-worthy restaurant in Toronto’s bustling China Town which I’ve been meaning to visit for some time. Pizza fans who hang out on Spadina on the regular will know the space as it once played home sweet home to Strada 241. Today the spacious, sky-high interior has been reimagined to offer hungry food fans an entirely new concept where Chinese food favourites are given a modern Canadian twist.

Guests at R&D are greeted by a long white marble bar top and stunning white bookshelf which plays home to hundreds of pretty bottles worth taking the time to explore and sip through. Chef Eric Chong, the first-ever winner of CTV’s MasterChef Canada, wanted the interior design to look modern and funky with a hip hop feel. It certainly stands out from the other, more traditional Chinese restaurants which flank the street. Skip through the dinning room and you’ll find Asian accents and graffiti (my favourite being the massive portrait of Mao). 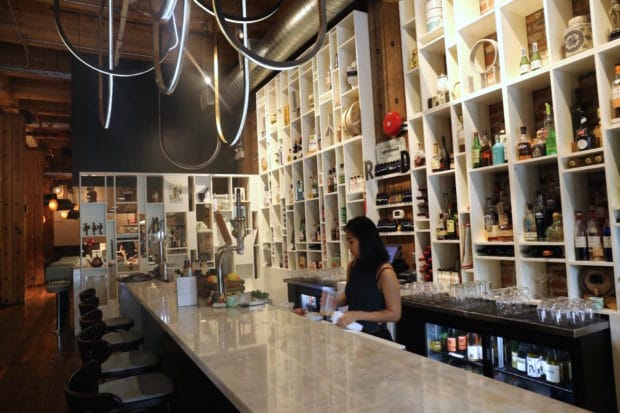 So what’s with the name? Eric Chong impressed MasterChef Canada judge Alvin Leung (originally from Scarborough and best known for his 3 Michelin Star restaurant in Hong Kong) so much that he sought to mentor the young chef and in-turn open a restaurant together. Both chef’s share a similar history working as engineer’s before finally pursuing their passion in the kitchen. R&D offers a tip of the hat to their “research and development” past as engineers while also letting guests know that they’re always tinkering in the kitchen.

With a jaw dropping bar its perhaps not shocking that the cocktails crafted here are on point with most featuring a seasonal flourish (watermelon in summer) or Asian ingredient (lapsang tincture with that herbaceous Thai basil). Highlights from the kitchen include crispy Venison Spring Rolls dipped in jalapeno sour cream, on trend Fried Chicken accompanied by glazed cronuts (I can’t even…), a Thai-Korean jam Beef Curry featuring soft and chewy tteok rice cakes and sizzling Stone Bowl Bibimbap muddled with spicy gochujang. 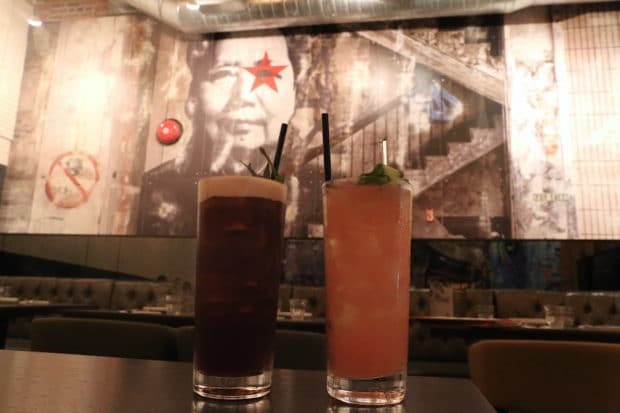 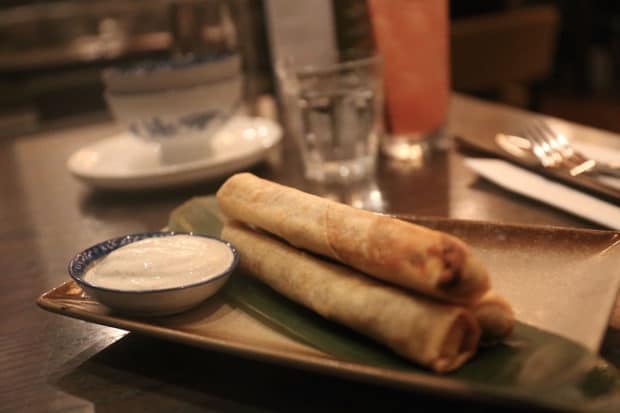 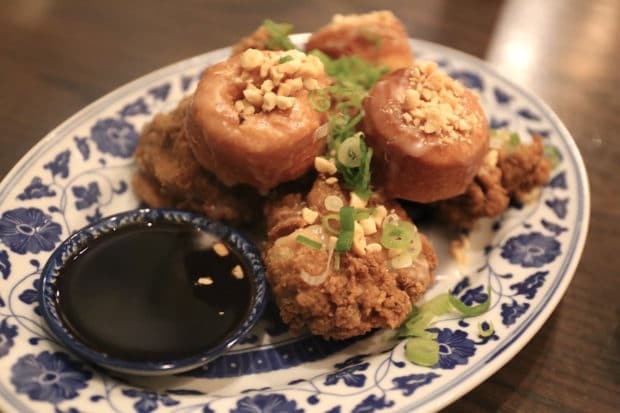 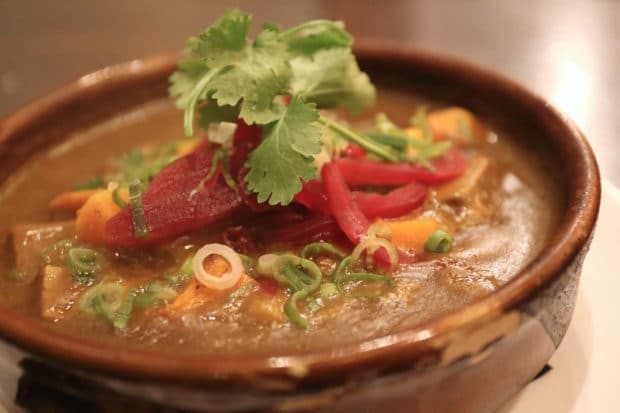 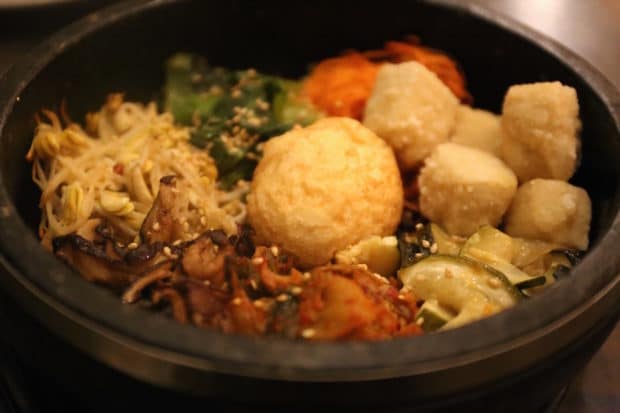