Canada is famous for its majestic railway hotels, built across the country by the Canadian Pacific and the Canadian National Railways. For their time, these hotels were miracles of construction and engineering. Everything that went into them was the biggest and best, quickly becoming a part of Canada’s national heritage and identity.

Hotel Vancouver first opened its doors in 1939, on the eve of the Royal visit of King George VI and Queen Elizabeth. Considered a feat of engineering upon completion, the “Castle in the City” as she was known to locals offered guests a taste of timeless luxury and iconic design which inspired awe to anyone who stepped through her doors. 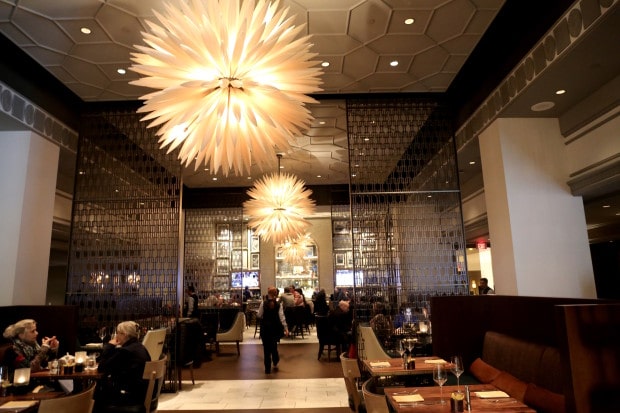 On my last night in Vancouver I found myself clutching a black umbrella while hopping over pretty puddles in search of a fine feast finale at the Fairmont Hotel Vancouver‘s Notch8. The property recently received a $12 million facelift to its restaurant, bar and lobby, providing the “Grand Dame” with a sense of renewed luxury. I couldn’t help but whistle, “looking good girl!”

Immediately after a smiling hostess motioned me to follow her through the hotel’s new signature restaurant my jaws dropped. A trilogy of spectacular chandelier’s appeared to blossom from the ceiling above!

The name Notch8 pays homage to the hotel’s place in Canadian history as one of the legendary railway hotels built by the Canadian Pacific and the Canadian National Railways. A throwback to the bygone days of luxury travel by rail. Notch 8 is the final notch available to a train engineer and is the pinnacle position that can be achieved while in operation. To reach Notch 8 requires great expertise and experience. Notch 8 is an achievement. It is a notch above, it’s the reference point from which the saying “top notch” stems.

The perfect people watching perch is up at the bar where cocktail wizards shake up classic tipples and modern mix’s. If you’re here for dinner saunter over to the sky high dinning room featuring rich hues of colour and warm woods mixed with brass details…a tip of the hat to a bygone era of grand railway hotels.

Executive Chef Cameron Ballendine’s menu reads “classic steakhouse,” with contemporary innovative touches. With a choir of cocktails on the ready one could quite easily sit here for hours, nibbling through crispy crab cakes, oozing Scotch Egg and stringy French Onion Soup. Fly over the appetizers and ride slowly through meaty mains which are prepared perfectly over flaming rotisserie and grill. If you’re a food obsessed romantic like me you’ll bid Vancouver farewell while shedding a single tear as you slowly munch through juicy, rare ribeye covered in creamy cafe de paris butter. Be still my heart! 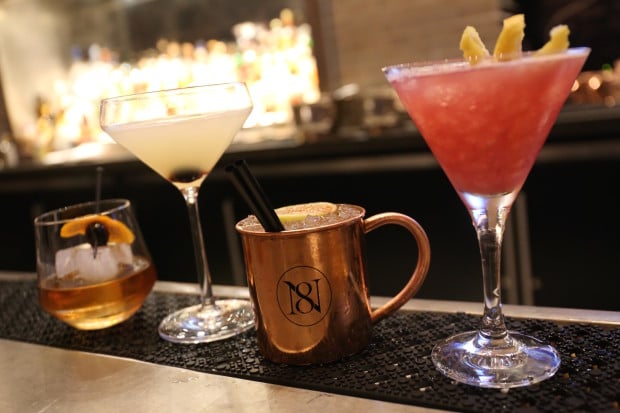 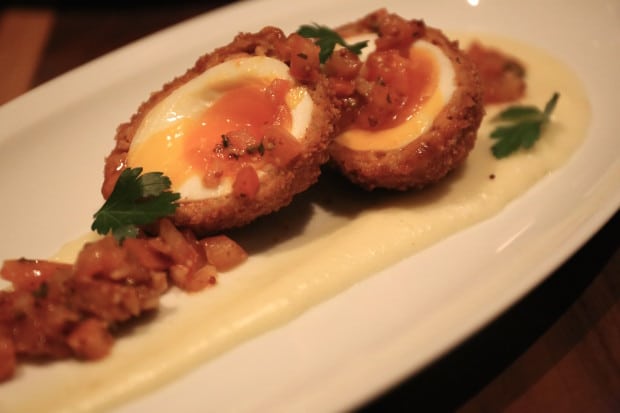 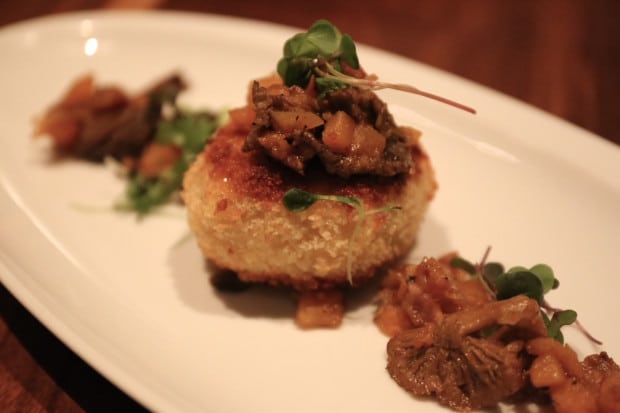 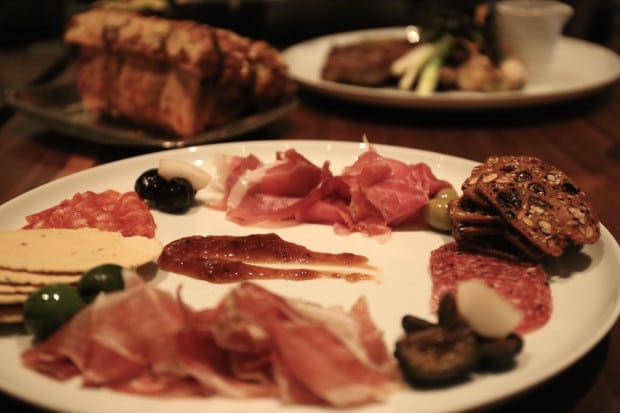 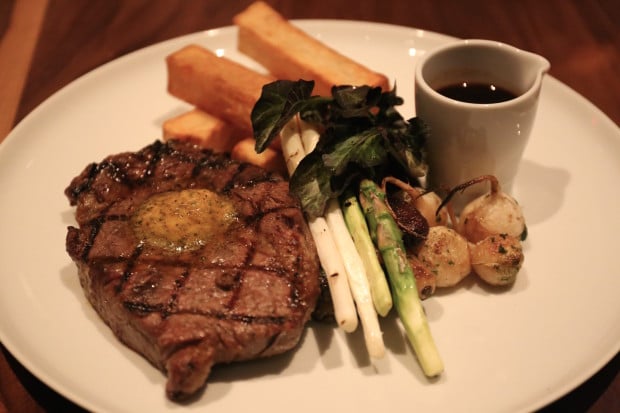