Our taxi adventured through palatial puddles as the pitter patter of rain streaked along my passenger window, offering a blurry glow of Granville Island below. On the other side of the bridge we snaked through the petite streets of hip meets trendy Yaletown in search of a fine Japanese inspired feast.

Yaletown was once the Western terminus for the Canadian Pacific Railway, but the area’s more recent reinvention dates back to 1986 when the waterfront along the north of False Creek was host to many of the venues when Vancouver hosted the World’s Fair. Since then that land, along with the warehouse district adjoining it have been transformed into one of the city’s chicest neighbourhoods, filled with residential lofts, sidewalk cafes, cool restaurants, hip shops and leafy parks. 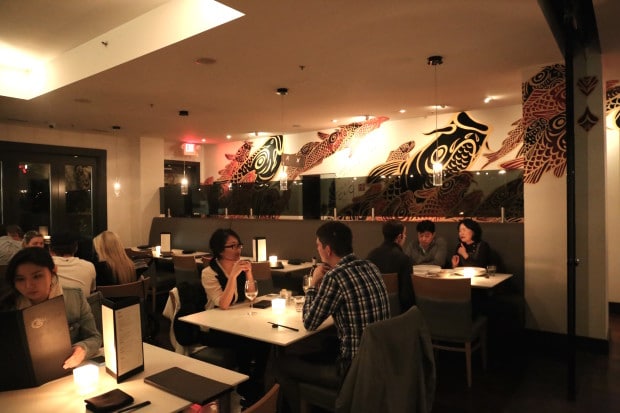 Smack dab in the centre of Yaletown’s warehouse row sits one of Vancouver’s top Japanese restaurants. Minami (named after one of the owners daughter’s) has received a handful of awards and accolades over the years, most notably 2nd place for Best Japanese from Georgia Straight Golden Plates Awards 2016 and Silver for Best Upscale Japanese via Vancouver Magazine in 2013.

Chef Seigo Nakamura, first started his restaurant career in Japan when he took over his father’s family business. After visiting Vancouver he wanted to introduce Aburi (flame seared) sushi to the city. He paired the fish with sauces inspired by Japanese and French flavours to appeal to the Canadian market, and in 2008 opened Miku on East Hastings Street. After three years and great success at Miku on Hastings, Chef Nakamura opened Minami in Yaletown, continuing to serve the restaurant’s signature dishes while adding more appetizers and entrees sourced from the land.

The restaurant was bustling to the brim when I plopped down in a spacious u-booth overlooking the the dinning room. Sake fans hunched over the bar sipping with coworkers in dapper suit and tie while a collection of couples sat perched on stools in fascination as sushi chef’s impressed with their speedy knife skills. The interior here pays homage to the origins of the neighbourhood, proudly showcasing rustic exposed brick which act as a canvas for Hideki Kimura’s whimsical Japanese murals.

From the kitchen, seasonal and regional ingredients as well as Ocean Wise seafood options are integrated into dishes to reflect the diversity of responsible food choices. Start your evening by sipping through the Abrui Ginjo, it’s the only Ginjo-grade (top 10% sake) product served on draft in Canada, a custom style to Yoshi no Gawa (the oldest brewery in Niigata, one of the premiere regions of Japan) brewed specifically for the Aburi Group (Miku and Minami in Vancouver + Miku Toronto). Those sake sips are best enjoyed with crispy prawn fritters, seaweed muddled tuna tartare, addictive scorched salmon oshi sushi and a trilogy of the prettiest pork. 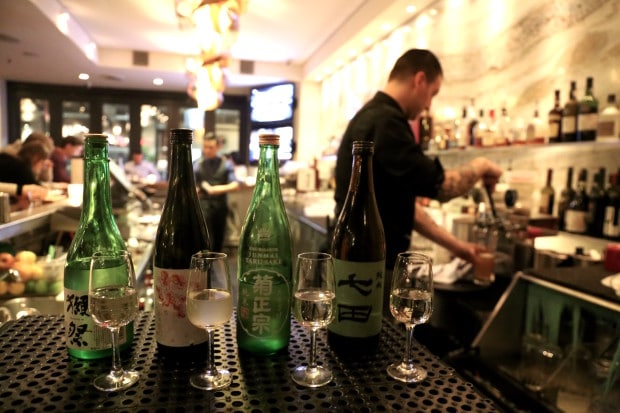 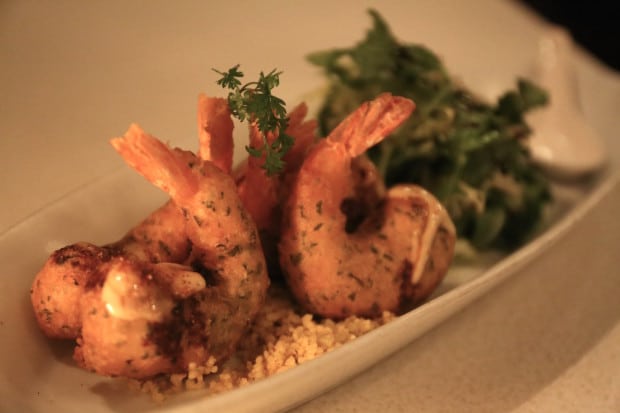 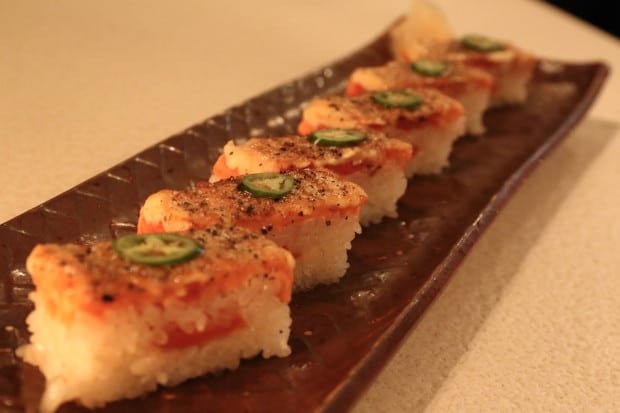 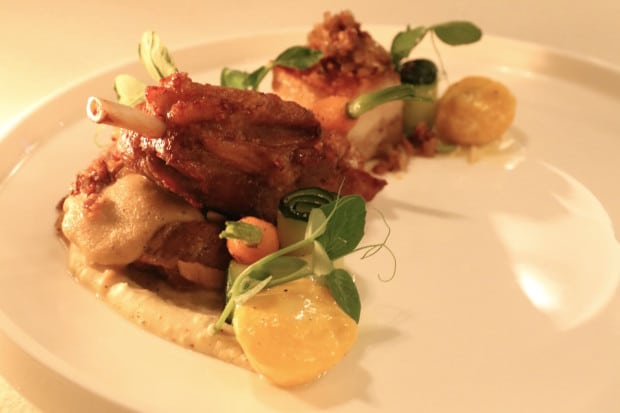