Whenever I stroll through Parkdale my body experiences lovely twangs of nostalgia. The neighbourhood holds a special place in my heart as it was my first home when I moved to the city in 2010. At the time, Parkdale was the hippest spot in town as many of Toronto’s top restaurants, boutique’s and bars started popping up on the regular. I’ve been living on Yonge Street now for four years and don’t get out to visit the west end as much as I used to but when I do I’m always impressed by Queen Street West’s ongoing evolution.

Electric Mud BBQ has been sitting on my restaurant to do list ever since it opened its doors in 2013. After delighting myself with tacos at its sister property (and wildly popular) Grand Electric, I was eager to roll up my sleeves and dive into Southern BBQ inspired finger-licking-good eats. After spending a week eating my way through Savannah in February I found myself returning home with a craving for crispy fried chicken, sticky n’ sweet ribs and sizzling shrimp adorned grits. With Southern stomach pangs as my obvious inspiration, Nicola and I hopped on a streetcar in the midst of a blizzard in search of a munchie-tastic meal. 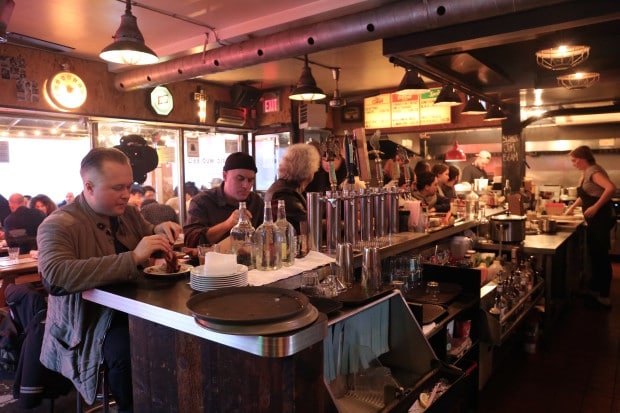 The vibe at Electric Mud was what first had me swooning. The restaurant’s petite dinning room offers a warm respite from the cold in the dead of winter and buzzes with busyness as the space packs up with sud-sloshers at the bar, carnivorous creatures tucked in tight around tiny tables, servers twirling around like ballerina’s and chef’s tending flamboyant flames. Nicola and I both commented on how Electric Mud may just be the perfect first date spot: romance yourself with someone new over bourbon spiked cocktails and the addictive edibles which grace the short but sweet menu.

If you’re keen on a bourbon or beer sloshed bacchanal may I suggest calling on a few “friends that feast,” and sampling through everything on the menu in one heroic go?The Grapefruit and Buttermilk Salad offers a “healthy” start to a marathon meal that one should do their best to avoid calorie counting. Swoon over sticky BBQ sauce slathered ribs, crispy fried chicken and jalapeno adorned shrimp n’ grits. Those little mason jars filled with creamy Peanut Butter Pie offer the perfect conclusion to a memorable meal which you’ll quickly realize was well worth the jolt-filled jaunt across the city. 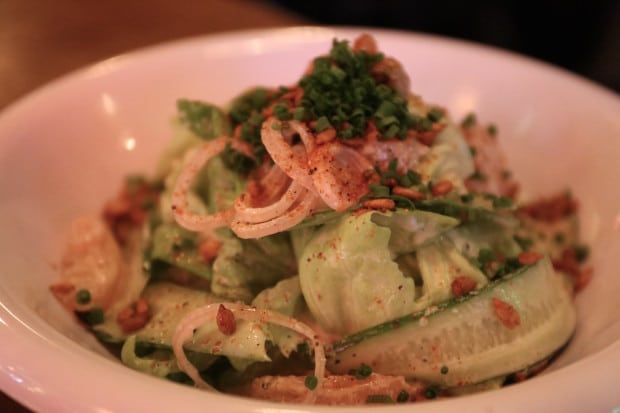 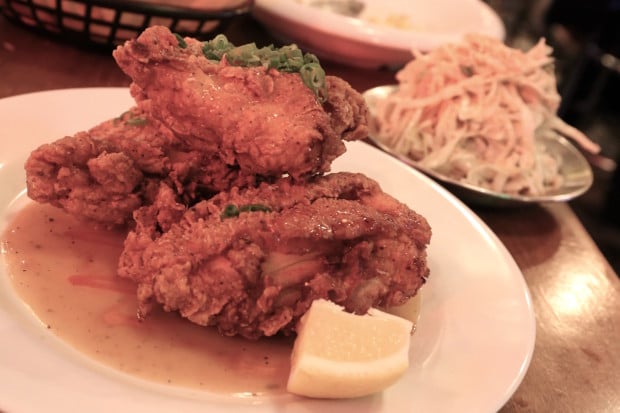 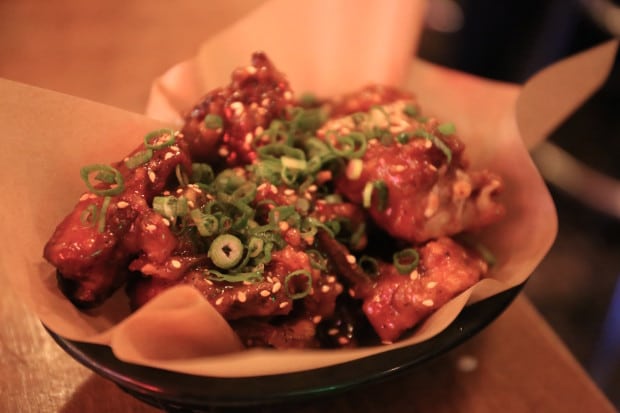 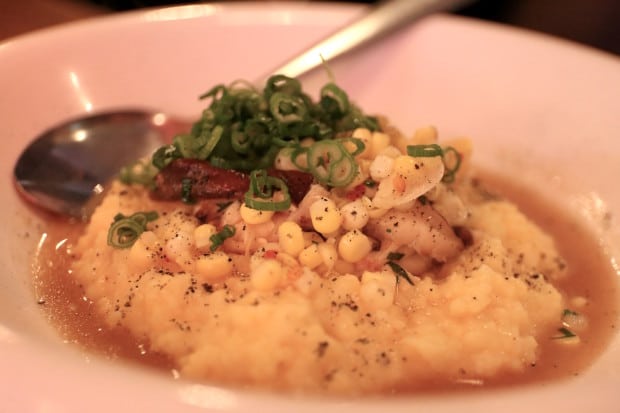 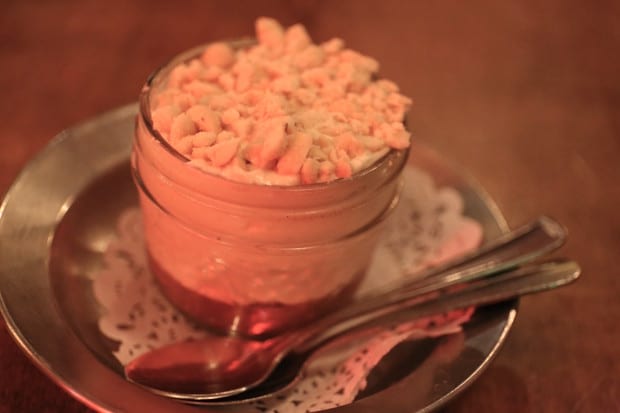