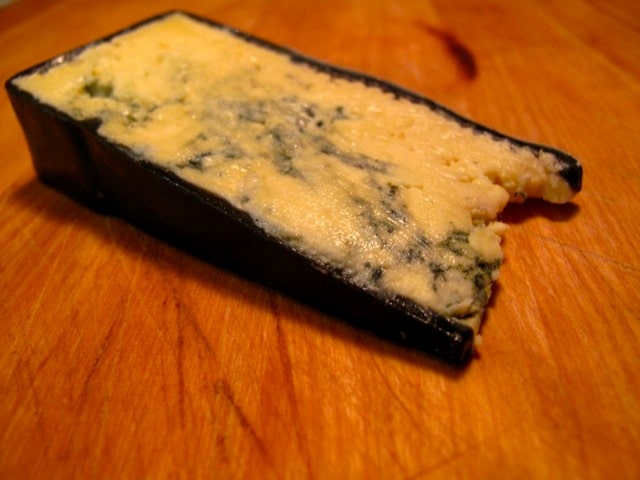 Roaring Forties Blue Cheese is made by King Island Dairy. King Island is situated south of Melbourne, Australia at the western end of Bass Strait. Dairying is the largest primary industry among this island’s 1,500 inhabitants. According to local legend, grass seeds found in King Island’s soil are believed to have been washed ashore in straw mattresses from some 60 eighteenth-century French and English shipwrecks that are strewn along the King Island coast. The cheese is named after the infamous Roaring Forties gales which frequently bring westerly winds of more than 100 km’s per hour to the island which lies on 40 degrees latitude. Hundreds of ships and thousands of souls have been lost in shipwrecks on its rocky shoreline. All around the island, you can find memorial cairns which tell about the lives of those shipwrecked, their brave rescuers, and the lighthouse keepers who worked tirelessly through the night. As you follow the maritime trail, you’ll find yourself transported back to the days when travel by ship was a very risky adventure. It was these very tragedies that gave the island its unique ambiance, and literally seeded the foundation upon which the island’s dairy industry now rests.

For almost a century now, dairy herds have grazed on these unique pastures. The quality of these pastures, combined with a pristine environment, combined with a year round growing season, enables the dairy farmers on King Island to practice traditional feeding methods. The cows are reputed to produce the sweetest milk in the land and from this milk comes a range of dairy products acknowledged throughout Australia and rapidly earning the same sort of reputation in the international marketplace.

Unlike typical French blue cheeses (e.g. Roquefort) made from ewe’s milk, Roaring 40’s Blue is made entirely from cow’s milk which gives it a milder taste. It is a full bodied blue with a honeyed, slightly nutty quality and great aftertaste. It is a rindless cheese, matured in wax, which helps it retain moisture and creates a smooth and creamy texture. A Roquefort style mould is used to create this singular and exciting cheese style.

I reviewed this cheese at my Kim Crawford Cheese and Wine Tasting, and while many of you know that I have a mild Blue Cheese phobia I can happily say that I enjoyed this cheese and would most certainly buy it again. The mouldy after taste of this cheese was desirable and made me want to dig in to a bloody rare steak.