When the Morgenstern family immigrated to Rochester from Israel in 1957, Dan’s father worked as a mechanic at Clover Lanes, a newly opened bowling alley on Monroe Avenue in the suburb of Brighton. By 1962, he was the manager and soon after, the trendy spot pioneered summer dances. Twelve bowling lanes were covered in sheets of plywood, live bands played, and couples danced the night away. 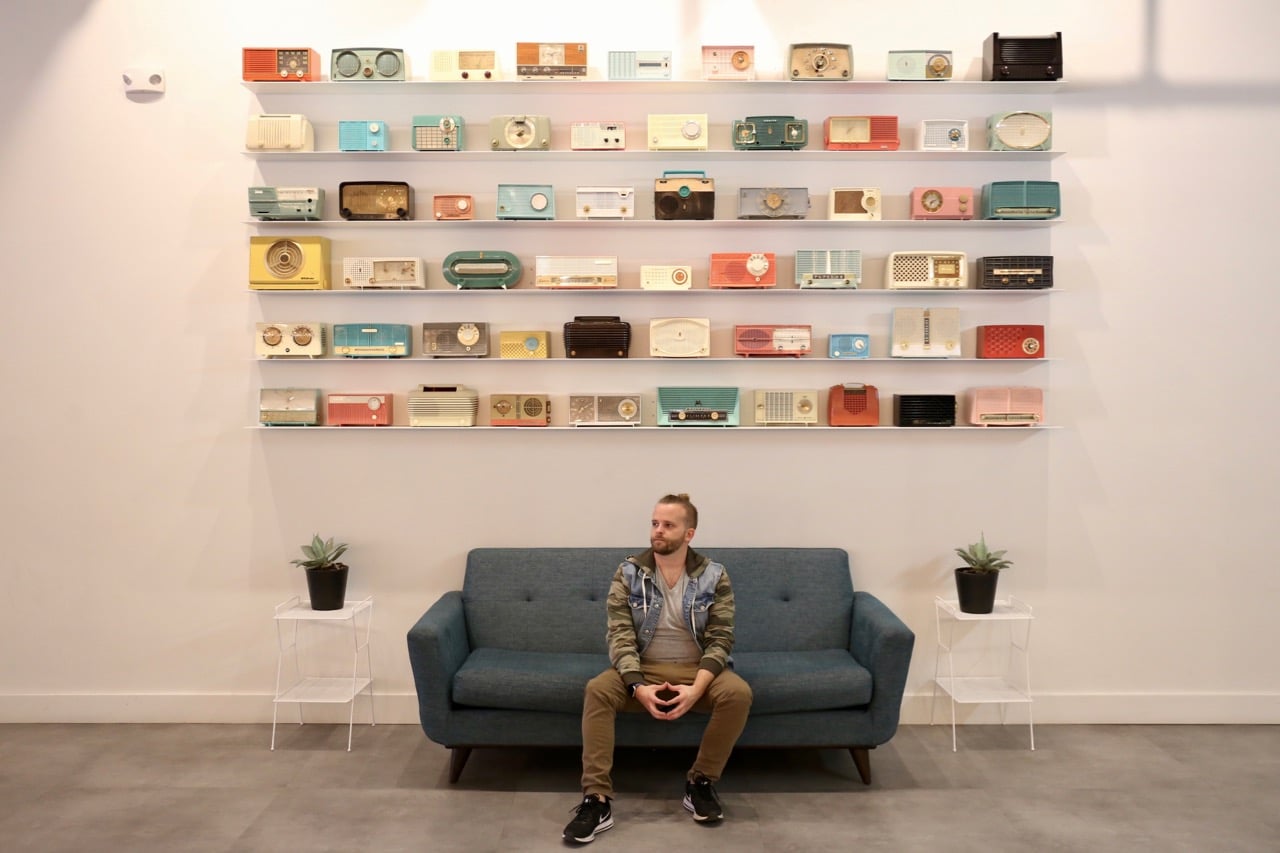 Fast forward to 2014, after the Monroe Avenue property was sold, Dan purchased the Clover Lanes business and began to brainstorm a revival that would become Radio Social. Morgenstern and his son, Noah reached out to Rochester-based firm Staach for interior design and local restaurateur Chuck Cerankosky (co-owner of Restaurant Good Luck) to direct food and drink. 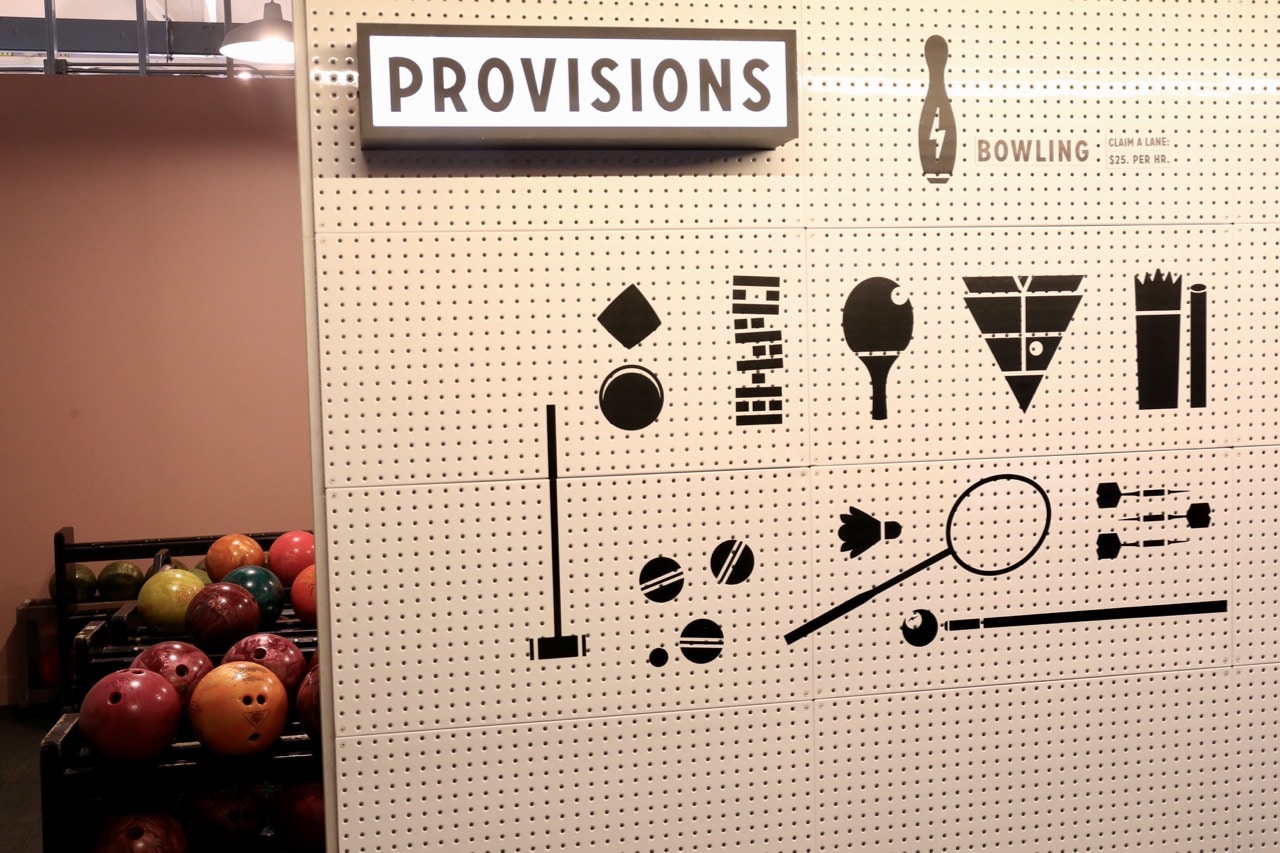 In the Spring of 2017 Radio Social opened up shop in its new home, the Stromberg-Carlson warehouse on Carlson Road in the North Winton neighbourhood of Rochester. The name pays homage to the 40,000 square-foot facility which produced radios during World War II (you’ll find an instagram-friendly display of these vintage radios perched on shelves near the front entrance). 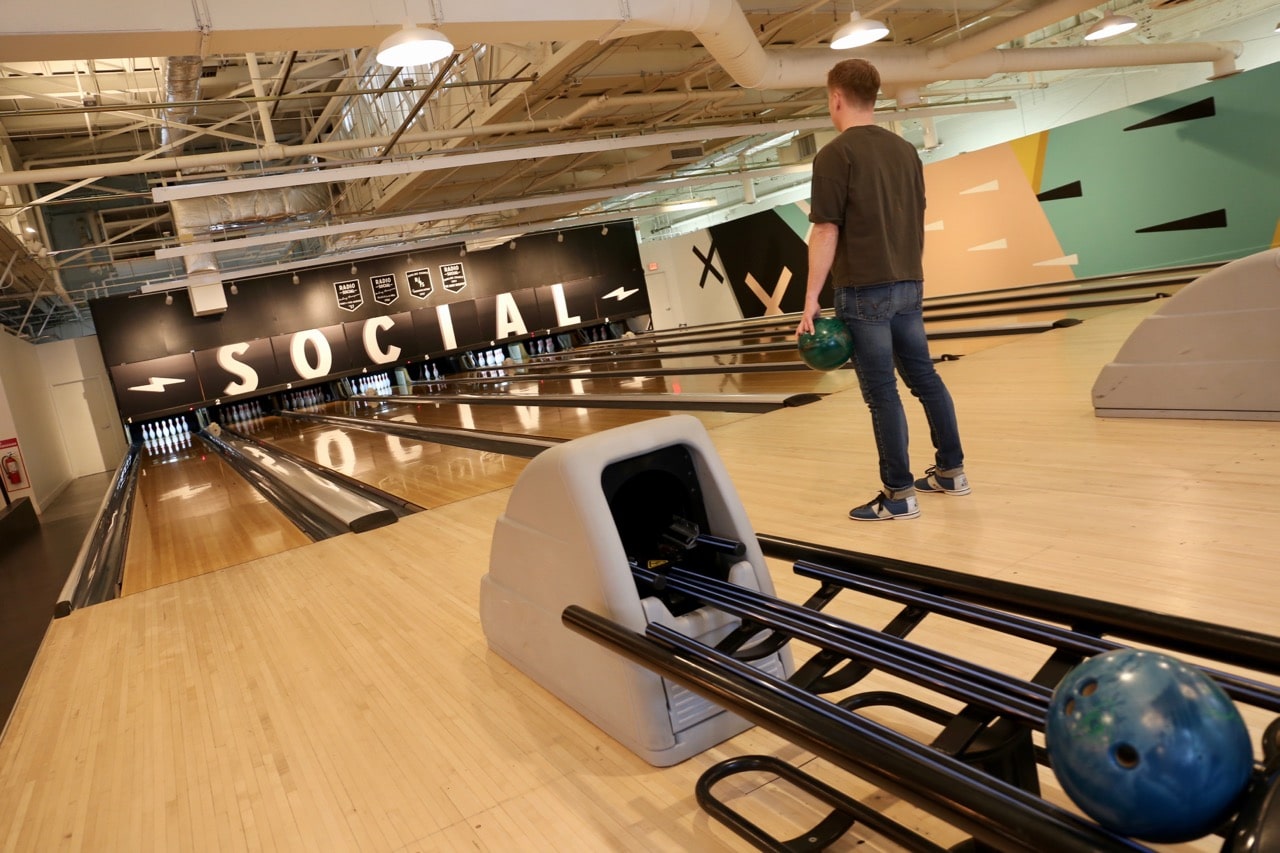 With Radio Social the Morgenstern family has perfected the ideal adult play place. It’s not just any old bowling alley: it’s an urban social experience and destination where slick design, world class food, crafty cocktails, and a colourful collection of games offer the ideal spot to enjoy an adventure on date night. 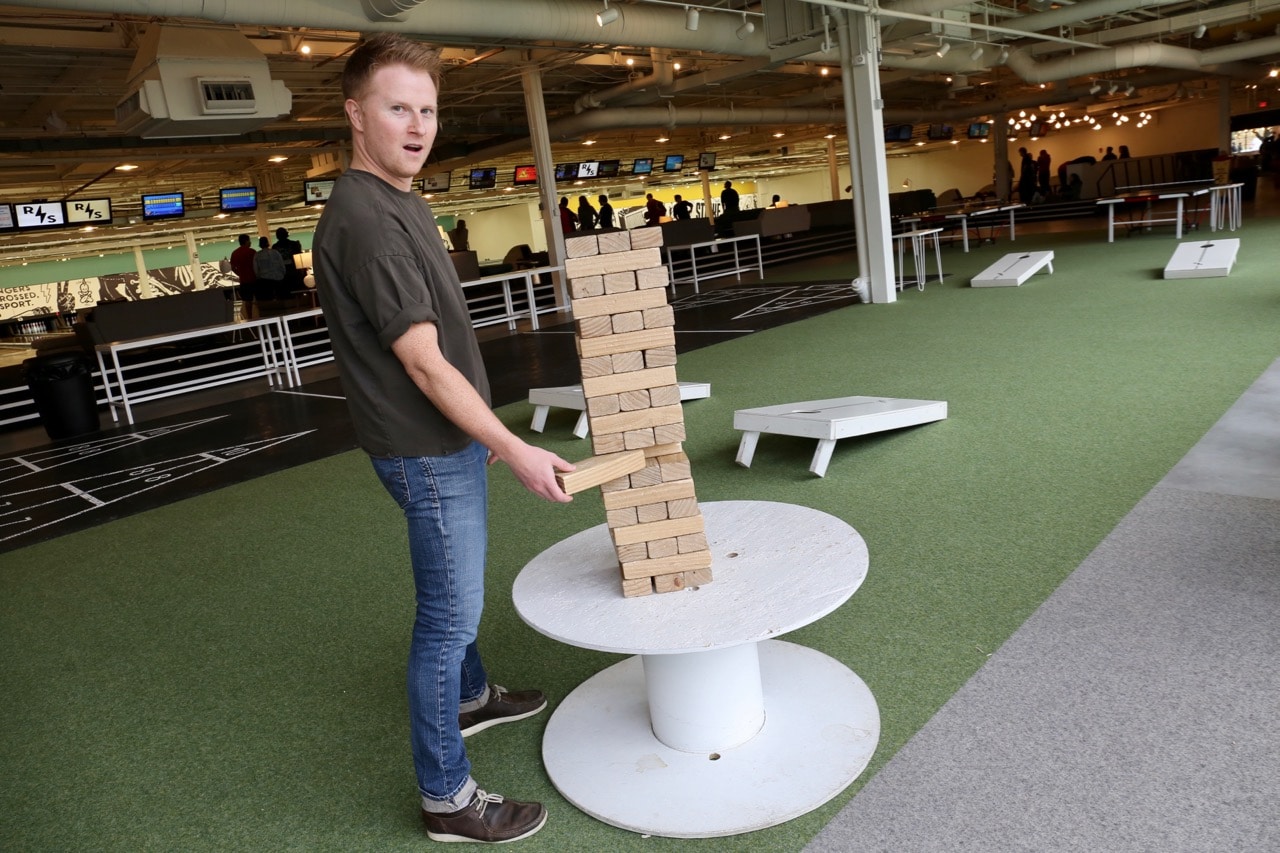 While bowling is at the heart of Radio Social, the place is filled with games that could easily keep you busy from the early afternoon to late into the evening. Vintage gamers will feel like they’ve died and gone to heaven playing corn hole, viking chess, giant jenga, ping pong, billiards, darts, skee ball, fooseball, shuffleboard, ladder golf, and horse shoes. 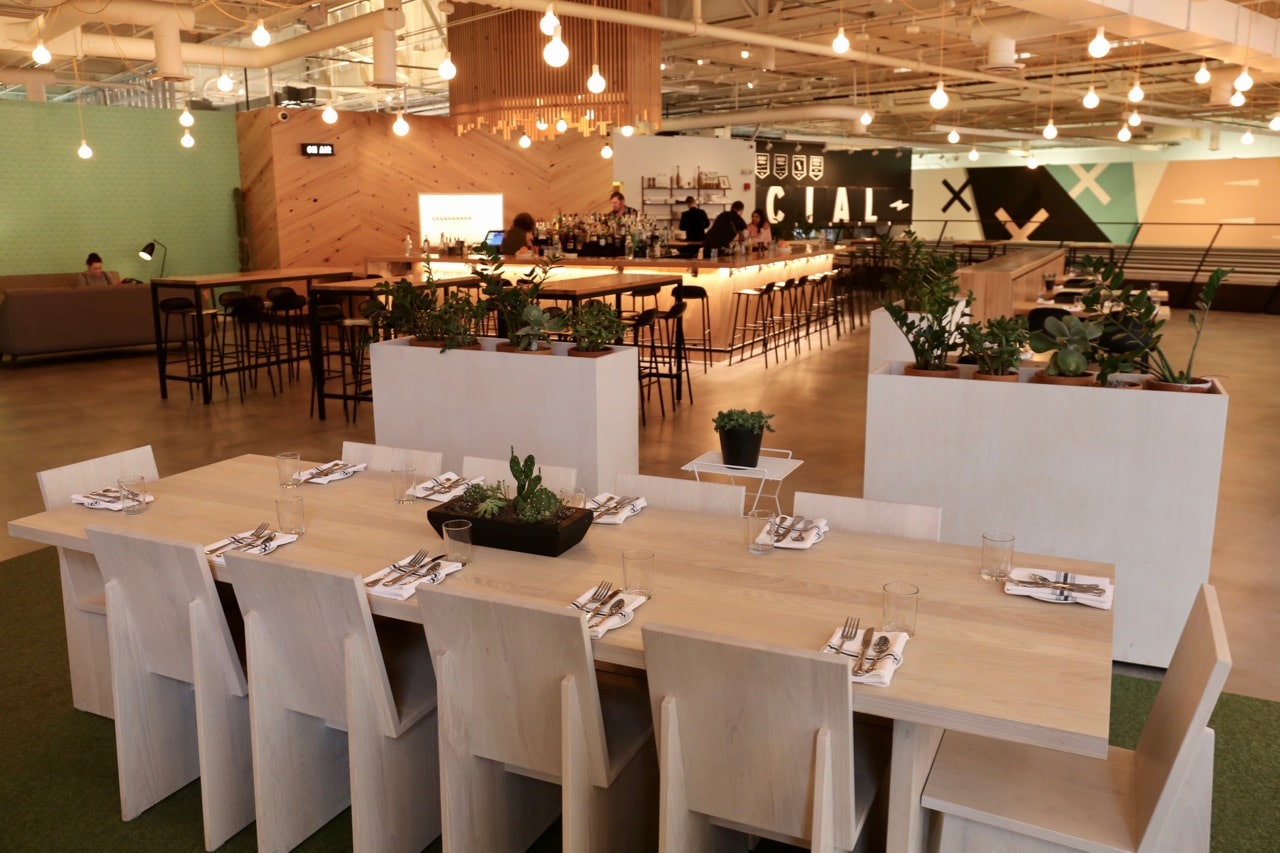 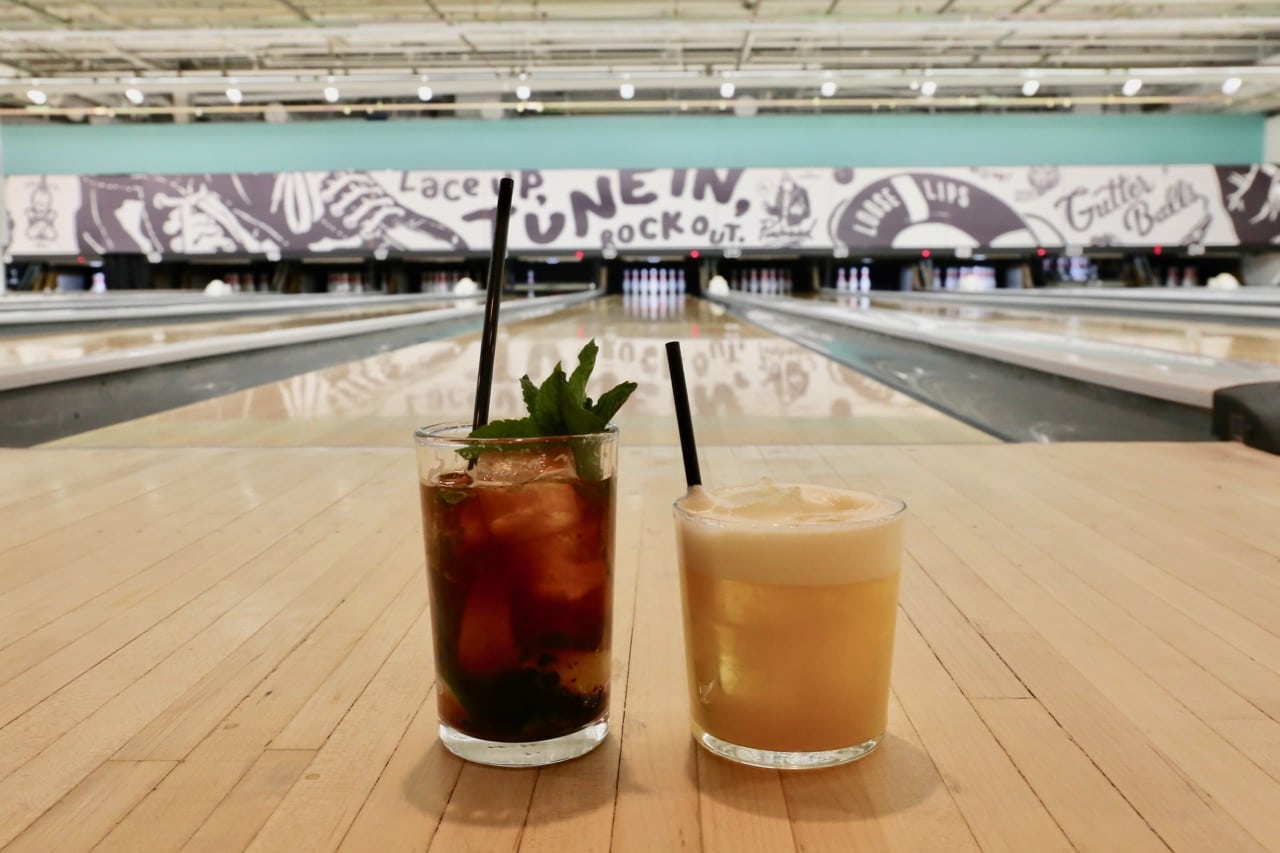 Wag your finger through the menu and you’ll find a kitchen which celebrates the families Israeli roots. We spent an hour or two bowling here over the dinner hour while noshing on a fresh feast inspired by flavours from the Levant. Highlights include Fried Cauliflower with dried fruit, Charred Chicken Wings with pomegranate molasses, Fried Halloumi Cheese with pickled mango, creamy Hummus with laffa, and addictive Kubaneh “pull apart” bread with a trio of dips for delighting. 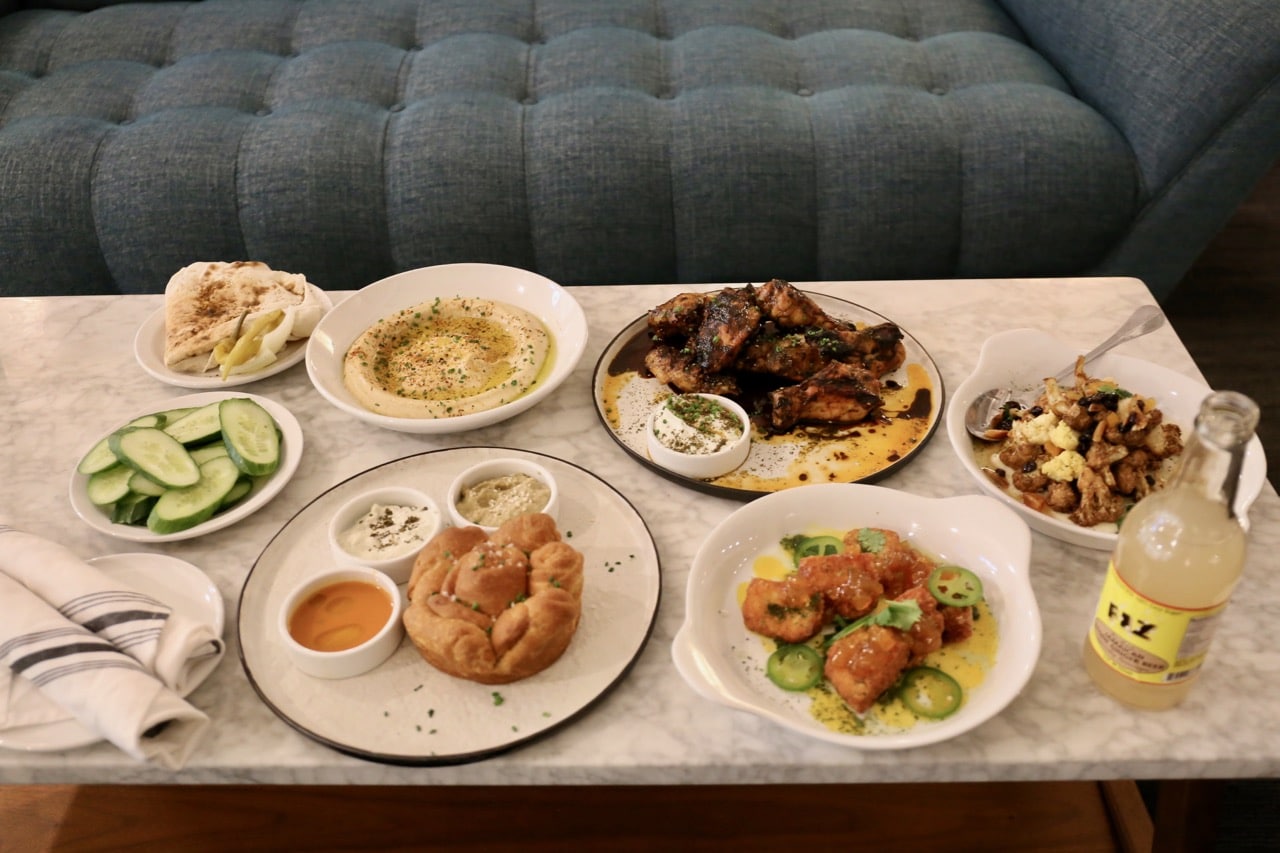