I spent five days in Bermuda and during my visit was sure to ask one very important question to every single local I met. After quizzing taxi drivers, tour guides, hotel managers, bartenders, housekeeping staff and top chefs I was amazed at the unanimous response to, “if someone visits Bermuda and only has time to eat one dish where must they go?”

This is a classic diamond-in-the-ruff story as the restaurant is not easy to find and for most will require a quick taxi ride from downtown Hamilton. 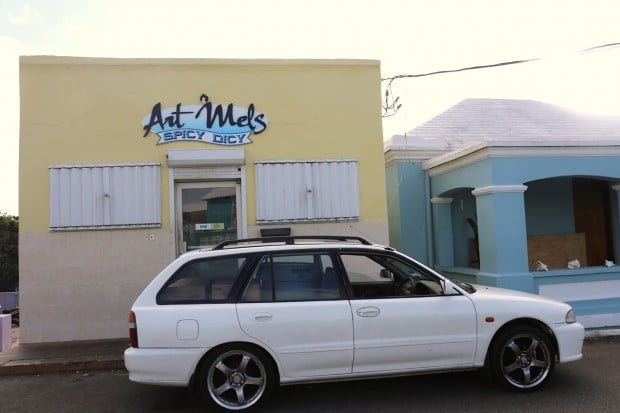 It’s just after the lunch hour when I hop out of the car and skip towards cheap and cheerful Art Mel’s Spicy Dicey. In Bermuda the restaurant doesn’t just have fans, it has disciples. Folks line up daily for the restaurants infamously massive fried fish sandwich which has been dubbed as “the world’s best fish sandwich” by many food and travel writers over the years.

After stepping through the front door I’m amazed at how sparse the space is. The restaurant strictly caters to takeout orders, not a chair or table to be found. I rest my hands on a small counter, staring up at a short but sweet menu which hangs on a Coca Cola board. 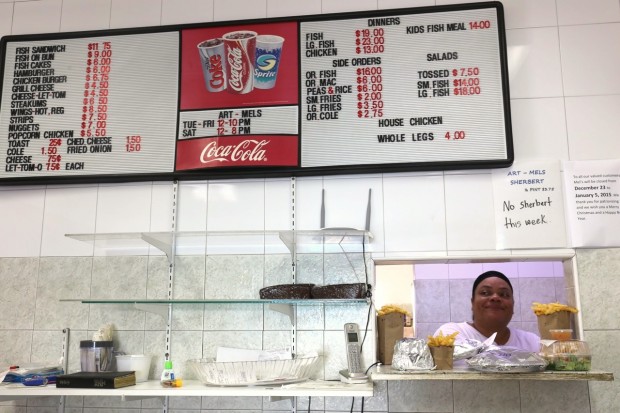 The man himself was there that day and I was quickly made aware that he was Bermuda’s version of Seinfeld’s Soup Nazi. Locals patiently and quietly waited for their orders to be stuffed into brown paper bags, their names chirped from the kitchen. They offered the owner a quick smile but were certain not to chat him up too much. After one women had made an error in counting her money for payment her lunch was snatched from her. As she protested I could see the heads in the room quickly tilt to the floor, hoping to avoid the owners gaze. People were hungry and didn’t want to take any risks.

Back in the car I held my warm paper bag gently in my lap, smirking at the way some people will behave for a really good sandwich. I placed the parcel on the table which sat in the afternoon sun on my balcony at the Fairmont Hamilton Princess. I wanted to indulge in the ultimate Bermudian lunch, being sure to pour myself a Dark n Stormy before unwrapping Art Mel’s iconic sandwich. 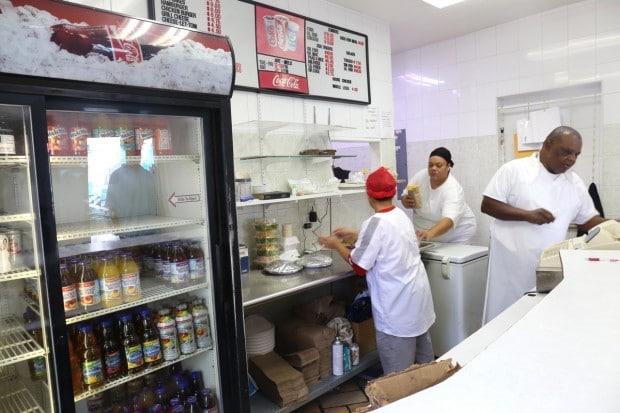 Bermuda’s famous fried fish sandwich is served between two slices of  freshly baked raisin bread. The fish is fresh local snapper, thinly sliced, dredged in flour and secret mix of spices before being flash fried in soy bean oil. Cooks fill the sandwich with a whooping 2 inches of layered crispy fried fish, tomato, lettuce, crunchy coleslaw and slather with tartar and spicy scotch bonnet hot sauce. I managed to tackle half of the sandwich in one sitting while the rest fell into a pretty mess on my plate. I closed my eyes while nibbling on one last strip of addictive crispy fish, slurped back my rum spiked ginger beer and let out a deep sigh which could only be interpreted as “ahhh, I get it.” 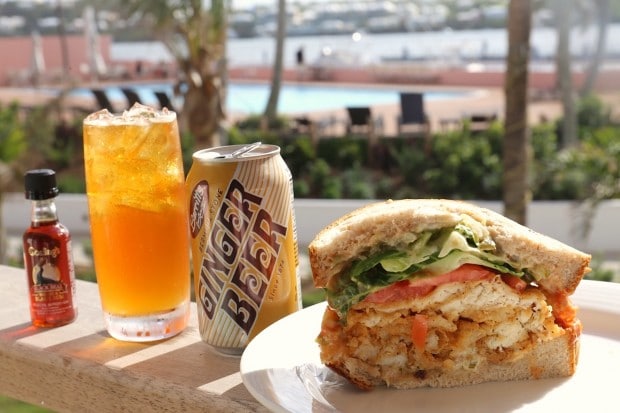