I’ve been obsessed with sweets ever since my father first poured a whisper of Creme de Menthe over my ice cream at the tender age of two. Always the curious child, I decided it was perhaps better for me to learn how to prepare my favourite treats rather than relying on mothers infrequent dessert offerings at the dinner table.

In Grade 6, when most Canadian boys were saving their hard earned allowance dollars to buy a Nintendo game or baseball mitt I was prancing through Hudson Bay’s kitchen appliance department. After spending months penny pinching I finally arrived home with my very own Black and Decker Bread Maker. I was so excited I could barely breathe. I can’t even imagine how concerned my parents must have been.

I spent that summer up at our family cottage in Muskoka perfecting my dough kneading skills. I’d wake up with a smug mug each morning as the sweet waft of yeast perfumed the cedar-stripped cabin. By July’s end I was proud to have mastered the cinnamon bun. Each ooey gooey batch was quickly snatched up by hungry hands…always in awe as I watched steam swirl to the ceiling after gently pulling away the spiral of each plump icing topped bun. We’d nibble on locally foraged berries (eat four and you can call it a salad) while mom splashed Baileys in her coffee and a loon gave out an approving hoot. 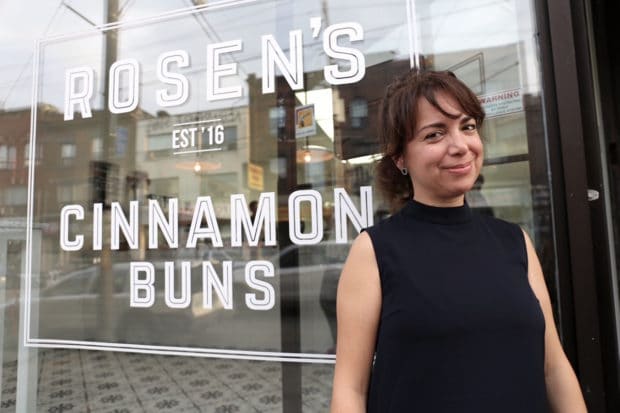 It’s no secret that folks young and old have a fondness for cinnamon buns, a revelation Toronto based food and travel writer Amy Rosen realized while up at her cottage last Christmas. “The whole family was up there, we made cinnamon buns and I realized that from my smallest niece, to a gaggle of tweens and teenagers, 40-somethings, and my parents in their 70s, cinnamon buns were the one food that everyone ate with zeal.” 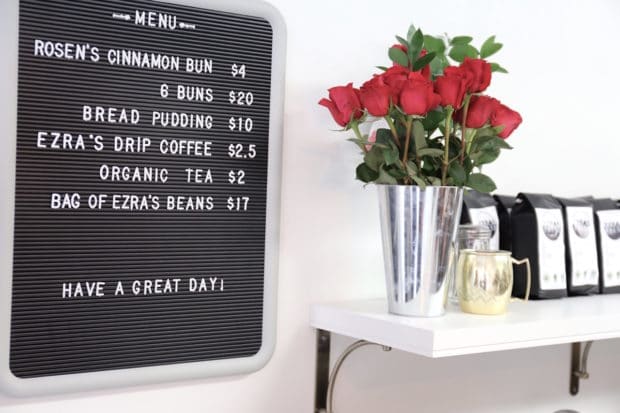 Amy’s expertise is in the food scene, having acted as food editor at Chatelaine (you’ve likely prepared a few of her recipes at home already), regularly contributing to Air Canada’s enRoute and scouring the city for the city’s best restaurants as author of Toronto Cooks. With her finger on the pulse of Toronto’s food scene it seemed the time was ripe to introduce a simple and sweet concept to the city. Toronto’s not a newbie to the concept of bakers doing one thing really well. Dessert fans are happy to line up for Bang Bang’s ice cream sandwiches and who doesn’t love an excuse to bring home a massive box of Jelly Modern Doughnuts? 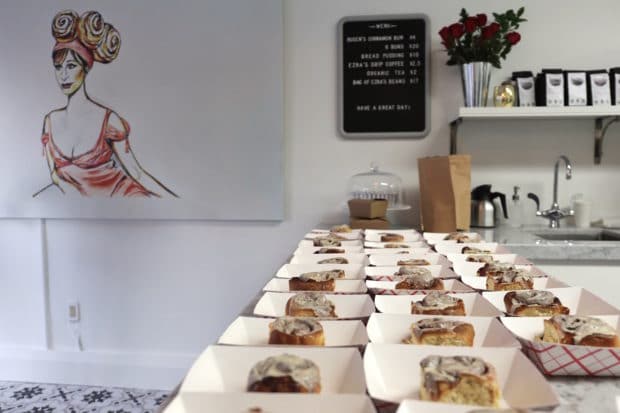 Located at College and Ossington, Amy’s recently launched Rosen’s Cinnamon Buns is sure to be Toronto’s new fave grab and go cafe. The short but sweet menu features Amy’s perfected cinnamon buns (one bun for $4 or six buns for $20), a delightful after-dinner bread pudding prepared with four of the bakery’s buns, Ezra’s drip coffee or tea by The Honest Leaf. 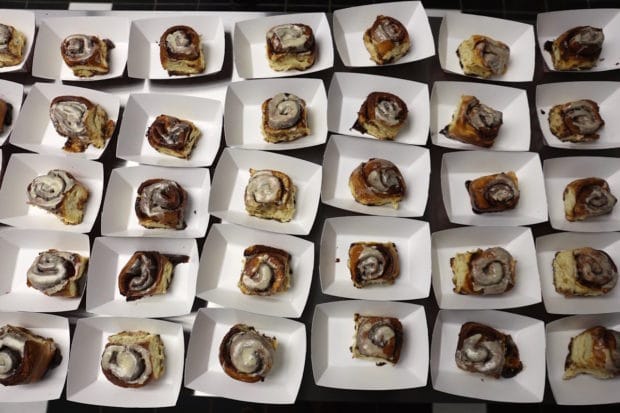 I’d be a criminal if I didn’t mention the star of the show. A whimsical portrait of the one-and-only Barbra Streisand sits perched over College Street, winking and welcoming java junkies and sweet teeth to take a peak inside the newest member of Toronto’s hip west end hood. Three massive cinnamon buns sit perched over Babs head, making me realize Rosen’s Cinnamon Buns may just be the best place for gay sons across the city to take grandma, mom or auntie for an afternoon sip and nibble. One can only hope a fierce Barbara Streisand impersonating drag queen finds a stage on the curb here next Pride. I’ll be licking icing off my fingers and shimmying my shoulders while whispering the words, “People. People who need people…” 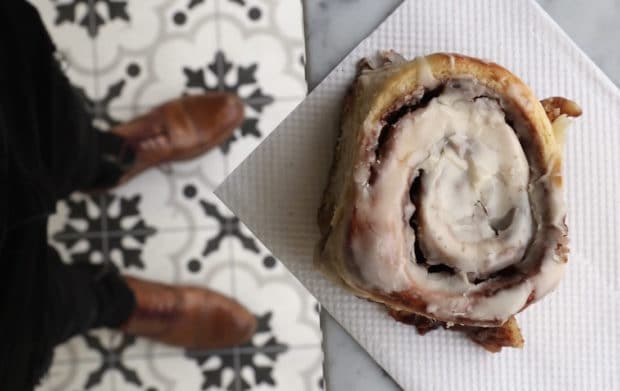