Saskatchewan is dubbed the “bread basket” of Canada. As a kid growing up in Ontario I always envisioned the province to be filled with a vast expanse of dreamy whispering wheat fields. This August I landed in Saskatoon to indulge in that Prairie way of life for the first time, excited to explore where so much of Canada’s food is grown.

I spent a full day with my friends at Farm & Food Care Saskatchewan, touring four farms located a short drive outside of Saskatoon. The saying goes “you haven’t visited Saskatchewan unless you’ve set foot on a farm,” so I was happy to hop on a bespoke road trip adventure with the province’s farm experts.

Launched in December 2014, Farm & Food Care Saskatchewan represents thousands of livestock, crop and horticulture farmers, related businesses and government to foster a crucial gate-to-plate link between producers and consumers. With only 2% of the Canadian population now having direct ties to the farm there is a great need to provide consumers with the facts on how their food gets from the farm to their fork.

I’ve had the opportunity to visit farms all over the world via my culinary tourism adventures yet was most excited (that sense of Canadian patriotism) to meet the friendly faces of the farm families who grow so much of Canada’s food.

10 Fun Facts About Farming in Canada and Saskatchewan 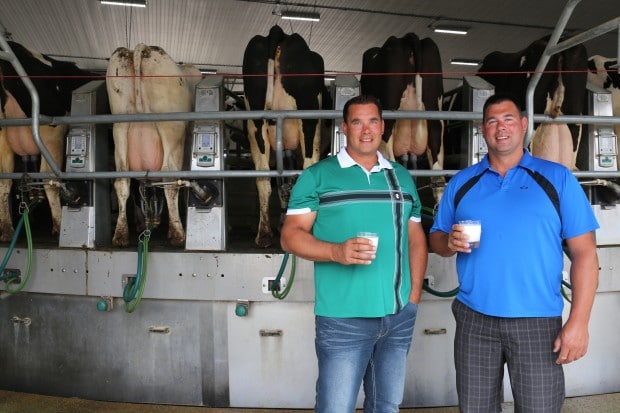 First stop on my Saskatchewan Farm Tour was a visit to Elkrest Dairy Farm which was opened  in 1980 by Jim and Jeannette Kornelius with their four boys (Jason, Brad, Bryan, and Trevor) in Chilliwack BC, at the base of Elk Mountain. In the year 2000 they sold their 120 cow dairy in BC and purchased an existing 160 cow dairy in Saskatchewan. Jason, Brad, and Bryan, with their wives moved to Saskatchewan to run the newly purchased farm. Today the brothers run a high tech operation where they milk 675 cows using a rotary parlour system that milks their entire herd in just three hours. 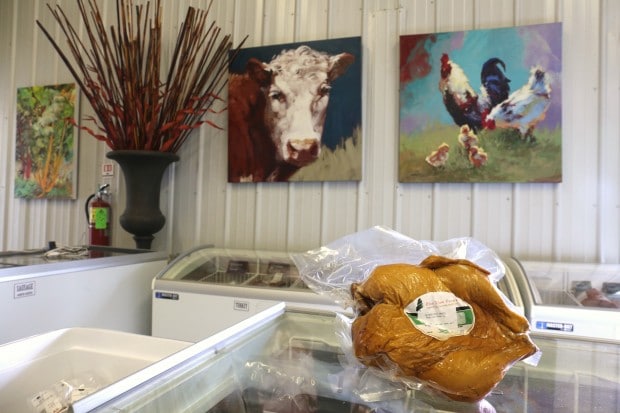 Our next stop was Pine View Farms, established in 1998 by Kevin and Melanie Boldt as a diversification of their existing grain and cattle operations. The farm site originally belonged to Kevin’s Great Grandparents, Jacob J. & Susanna Boldt who settled here in 1901. In 1904, J.J. broke 24 acres to be farmed and in few years had 1,200 acres under cultivation. Livestock was plentiful too with pigs, chickens, cows and a stable of horses to work the land. J.J., Susanna and their family of 18 children worked hard to produce food for themselves and local markets while growing the farm into a sustainable business for generations to come as each of their children settled on a farm of their own. Locals in Saskatoon are familiar with Pine View Farms for its popular on site market where poultry, beef, pork, lamb, eggs and sausages are sold daily. The high quality meat products sold here are also popular with local chefs and can often be spotted on menus at top restaurants in Saskatoon.

You May Also Enjoy These Restaurants in Saskatoon 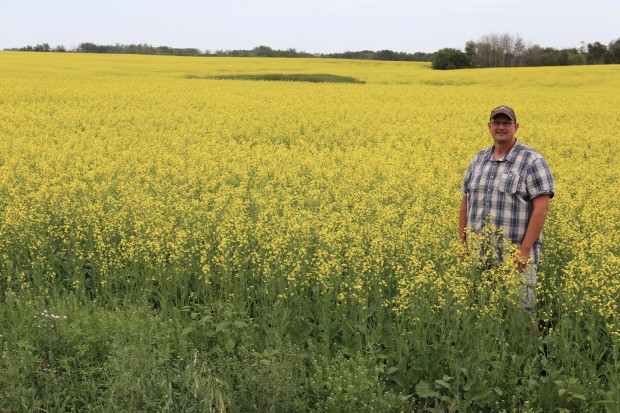 Chad Doerksen and his wife Jennifer are fourth generation farmers who live and work on the same yard settled by Chad’s Great Great Grandfather. Chad smirks, “hopefully my son Ayden or daughter Rayana will have a desire to take it over and become the fifth generation.” His 7000 acre family farm grows canola, oats and wheat and is located just north of Saskatoon. The farm is so vast that he employs two full time staff and hires on an additional six part time workers during the busy harvest season. Chad loves working with soil, “a living, breathing organism that demands care and attention to sustain my family and to grow strong healthy plants.” 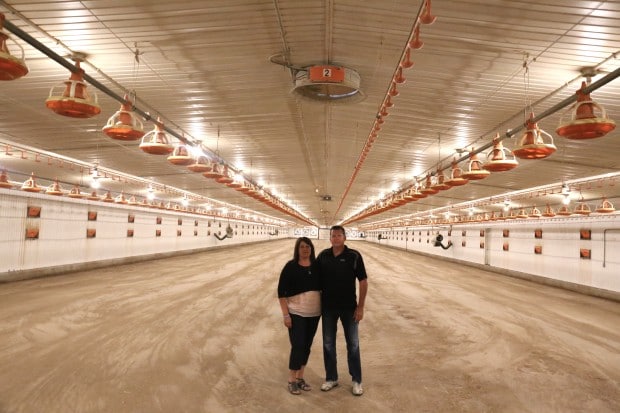 My final stop of the day was the Pastoor Chicken Farm, run by Diane and Mark Pastoor who originally ran a dairy farm in BC before moving to Saskatchewan in 2003 to start chicken farming. Mark does all of the day to day chores around the farm while Diane helps with paperwork, finances and sits on the Board of Directors for the Chicken Farmers of Saskatchewan. When I visited the Pastoor Chicken Farm they were between flocks, busy cleaning their barns in preparation for the arrival of their next flock. This provided me with an excellent opportunity to see the efforts chicken farmers go to in ensuring a clean environment, minimizing disease and supporting a healthy bird environment.