Cabo is known for being a beautiful playground for the well-heeled and the wannabes. While resort life certainly has its perks, not everyone wishes to head off on a vacation where activities grind to a halt (eat, drink, sleep, repeat). That’s where the Los Cabos Film Festival comes in. Held over the course of five days in November, the fest offers a new way to approach the sunshine holiday, pairing glamour with film screenings and plenty of sunshine time on the side. 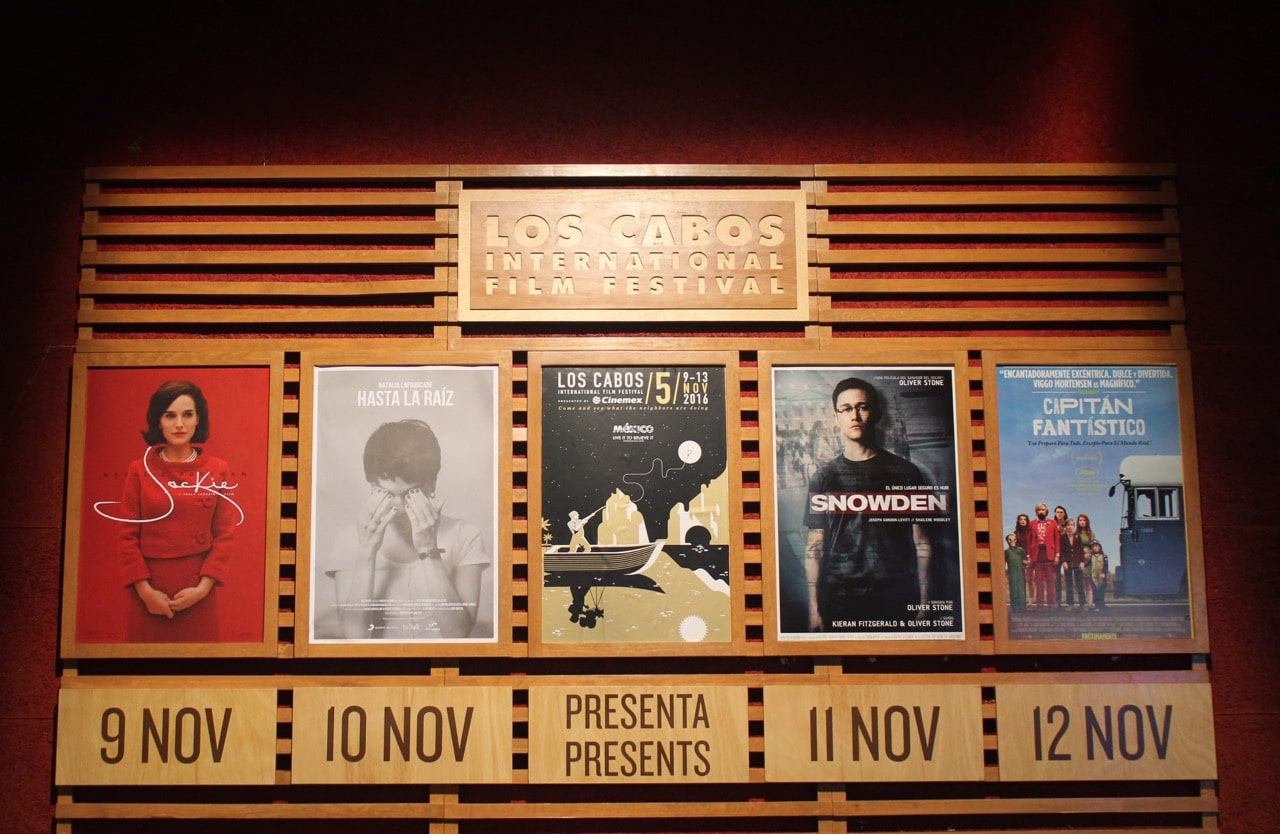 The fest, in its fifth year during my visit, grabbed plenty of boldfaced attendees—from Toronto International Film Festival’s Cameron Bailey to Monica Bellucci and the renowned Oliver Stone. With its goal of bringing Mexican film to the forefront of Latin American cinema, the fest manages to highlight Mexico’s offerings while still offering enough North American fare to draw international attention.

Things To Do at Los Cabos Film Festival 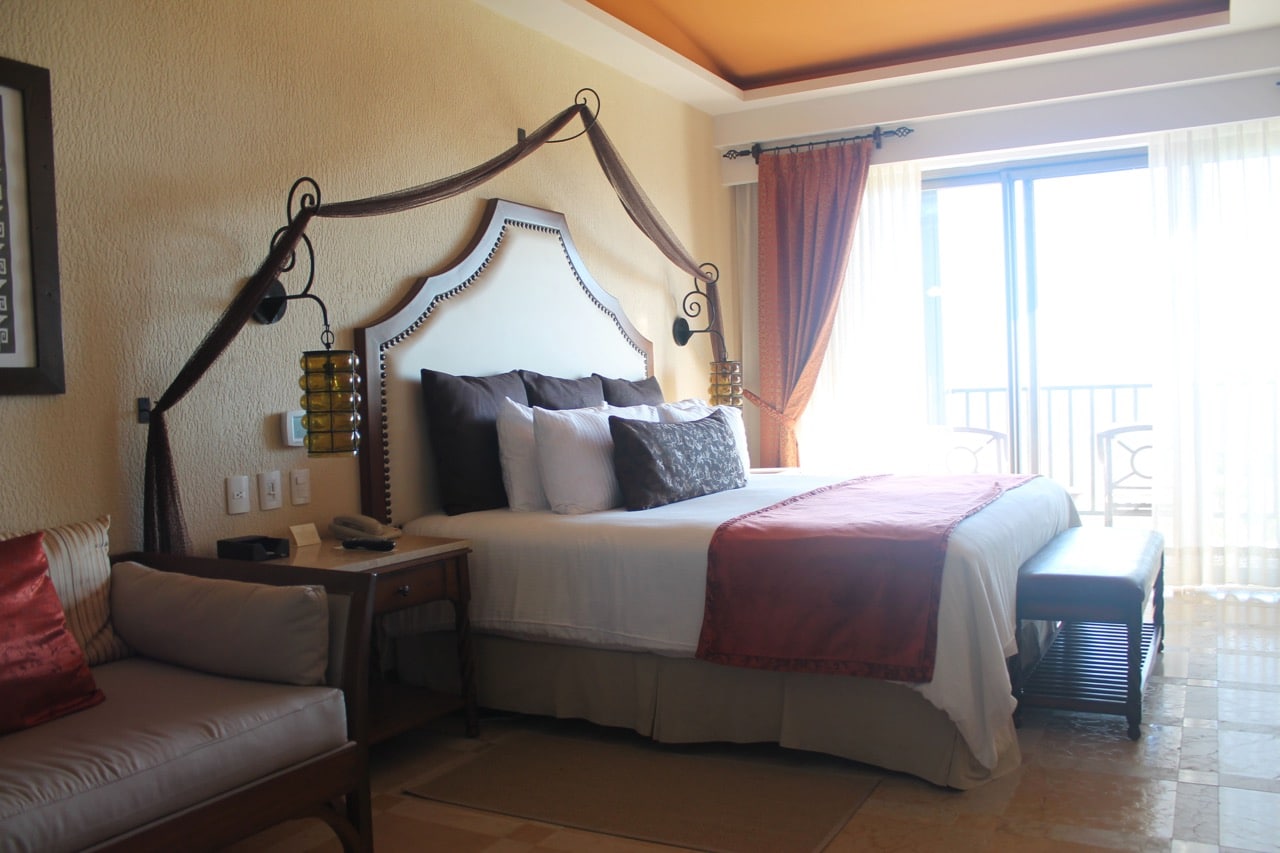 For the duration of my stay I settled it at Secrets Puerto Los Cabos, a sprawling all-inclusive resort situated near San José del Cabo and about a 40-minute drive from Cabo San Lucas. My suite offered incredible views out to sea and a glorious bathroom with two sinks, a rainforest shower and a giant bathtub, ideal for all the pre-gala primping. Nary a child was to be found on the property, meaning that all the adult guests (and adults of the so-called variety) could truly get away from it all. The best part just might have been the club Desires, which saw a hilarious assortment of revelers—ranging from those in their 20s to octogenarians—pile onto the dance floor nightly. Excellent people watching. 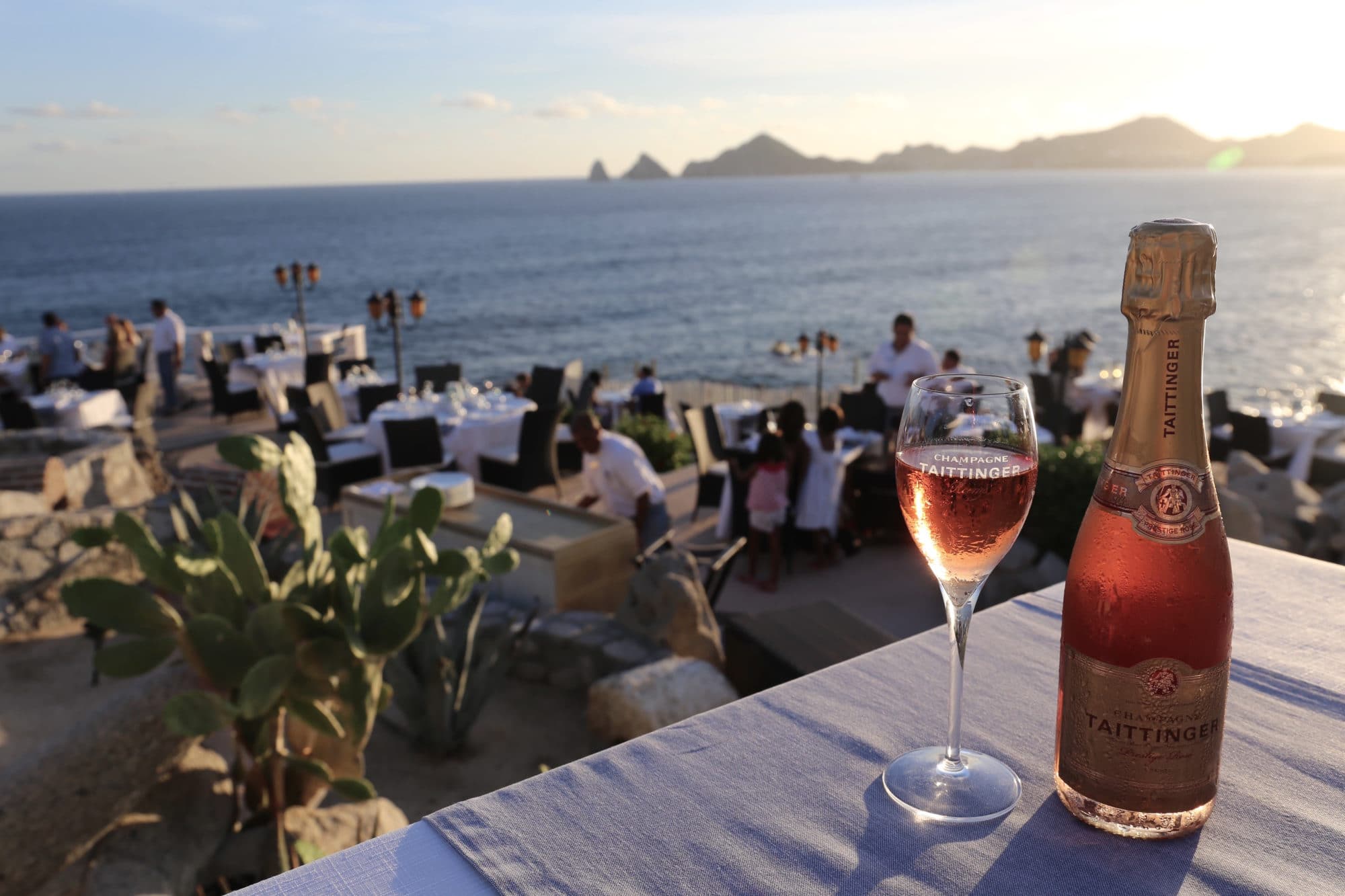 Perched on the edge of the Cabo San Lucas bay is Sunset de Mona Lisa restaurant. The space affords anyone interested in ogling a sunset pretty much the ideal means with which to do so: a cliff and comfortable seats. Dine elsewhere beforehand (think El Nido or Acre) and head here for a sunset drink (they have over 140 wines on offer). It’s hard to not fall for the view. 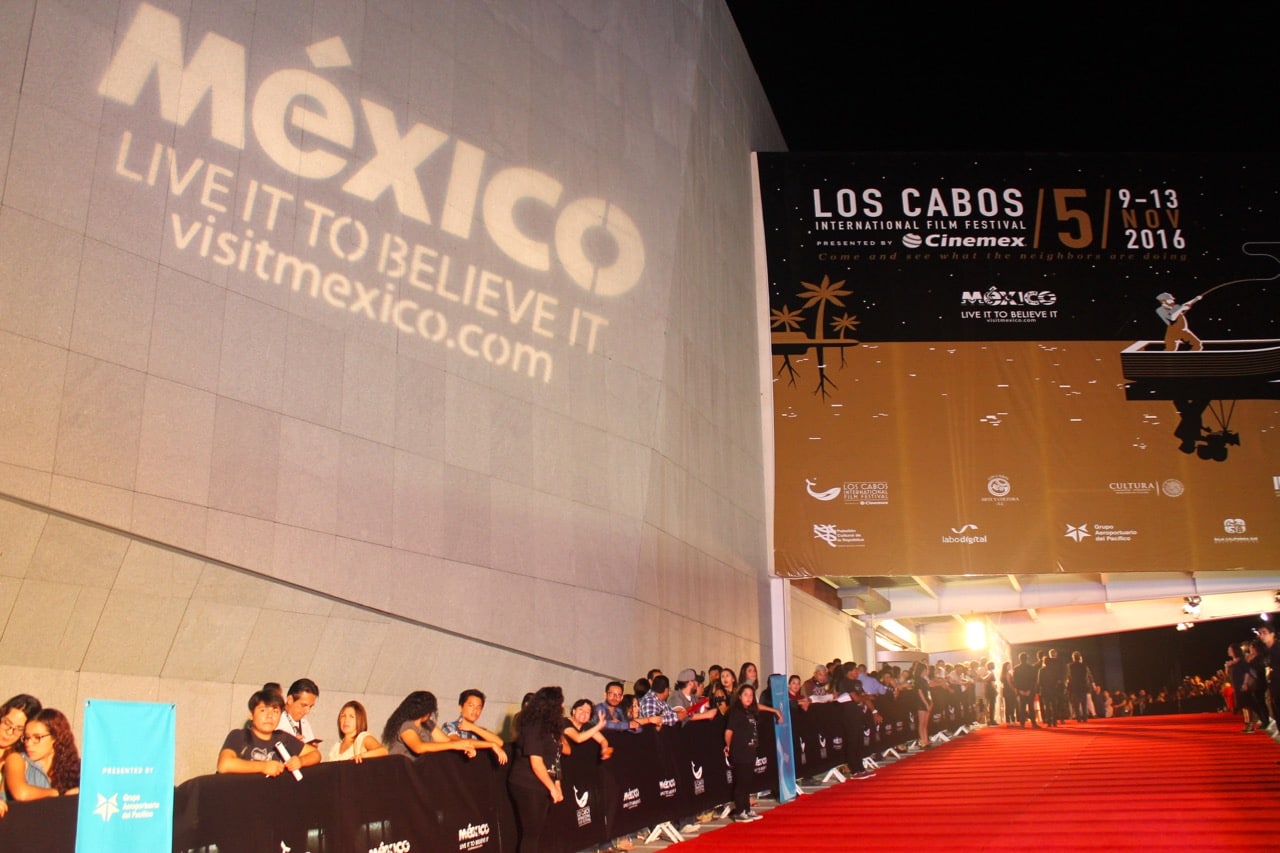 In advance of the galas, attendees donned their best threads in order to swan around on the red carpet, snapping phone pics on a gigantic #CABO sign and mugging for the photographers in the pit. Mexican celebrities like Ana Serradilla, Christopher Uckermann and Celina del Villar worked their way up the carpet alongside actors like Room’s Jacob Tremblay and Craig Robinson. 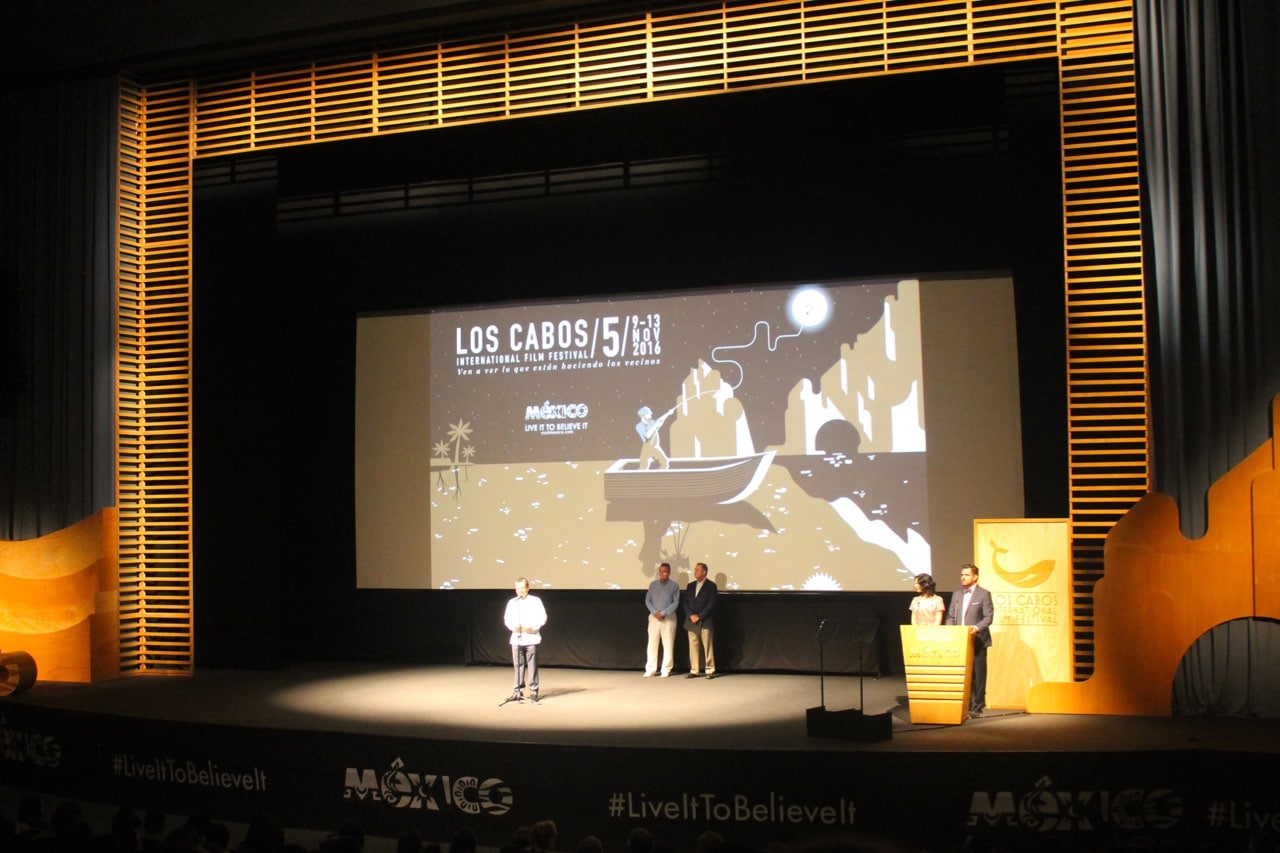 During my visit I managed to take in a gala screening nightly, getting things started on opening night with the Latin American premiere of Jackie, starring Natalie Portman. The film followed Jackie Kennedy during the aftermath of the President Kennedy assassination and managed to be both incredibly uncomfortable and compelling all at once. Natalie did a knockout job of stepping into Jackie’s physicality, and adopting that peculiar upper crust American accent from that time period.

The world premiere of Hasta La Raíz—a documentary about Mexican folk singer Natalia Lafourcade—followed on day two. Having zero knowledge of the journey, prior to the doc, I found myself swept up during her album-creating journey (plus, it didn’t hurt that we’d just spent the morning at the El Ganzo hotel, where much of the recordings took place). Olive Stone’s Snowden saw its Mexican premiere at the fest, following Joseph Gordon-Levitt as Edward Snowden as he makes the decision to leak the National Security Agency’s surveillance techniques to the public. The great Stone himself was there to introduce his work, which was something else. 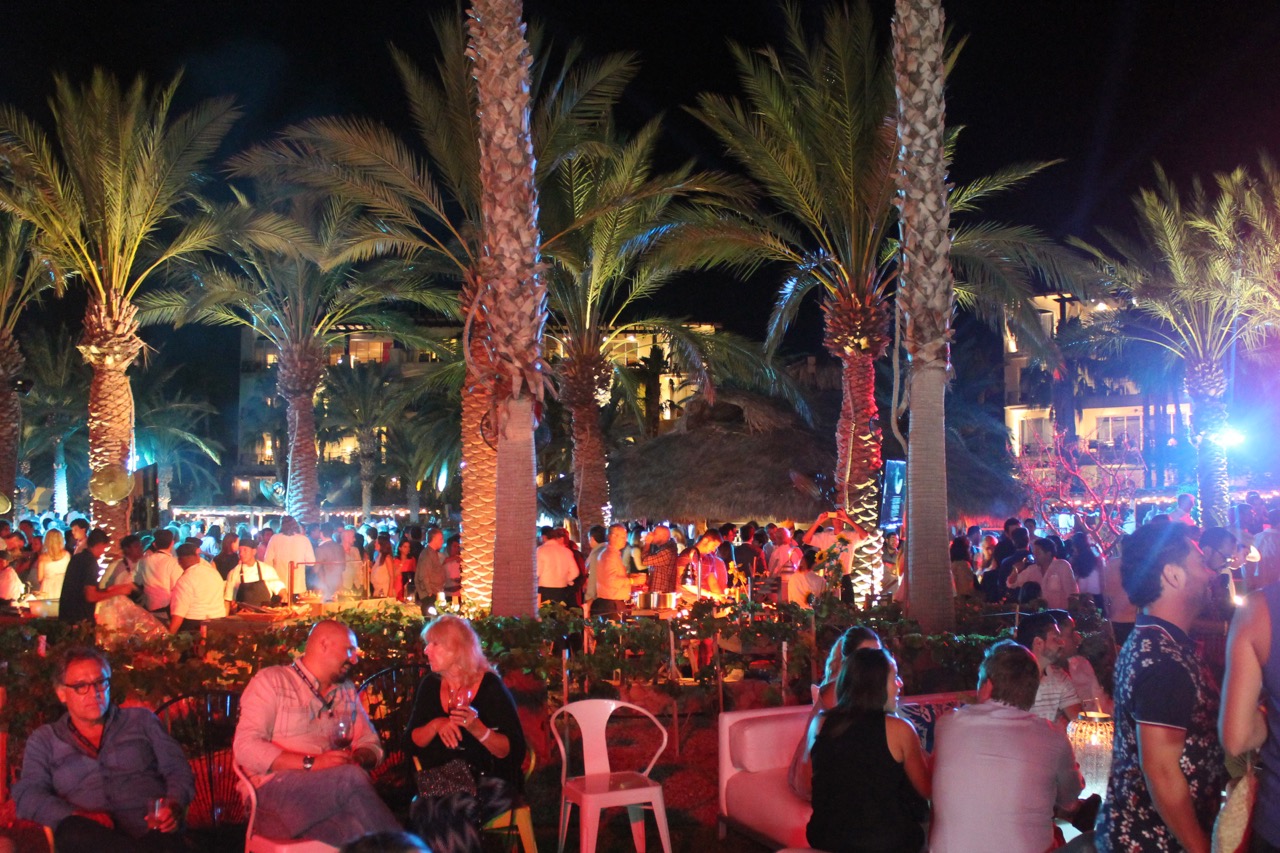 My favourite film fest moment was, hands down, Natalia Lafourcade’s performance following the screening of her doc. What could easily have ended up a somewhat tedious event (not knowing the singer of even the language of song) was actually quite the emotional experience for everyone in the crowd. We’d all just watched Natalia’s journey to the album, so seeing it live was a beautiful endnote. By the end of the generous performance (it was reaching up to an hour and a half), the entire auditorium was up dancing in a moment that felt very ‘Mexico.’ 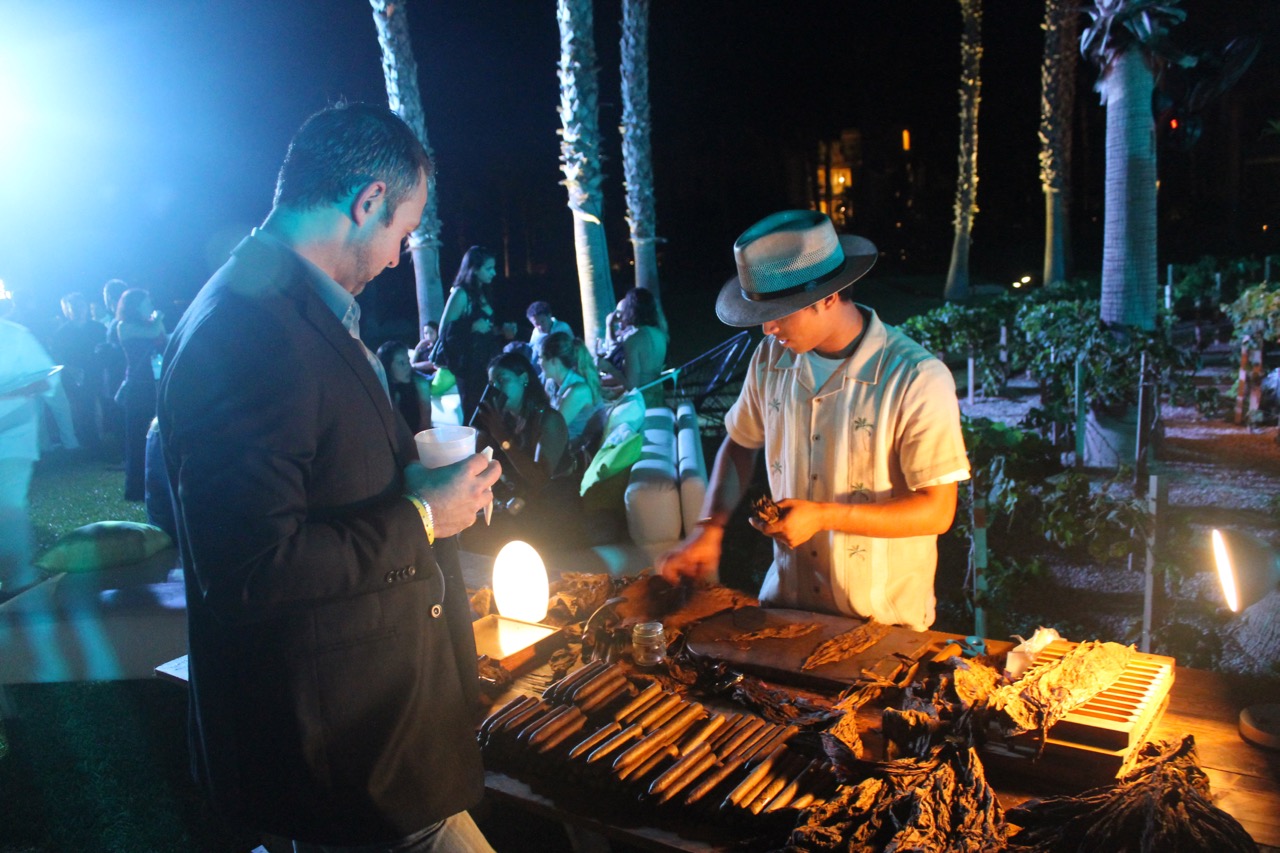 Fêteing films at film fests is all part and parcel of the experience, no? The opening night soirée was held at the stunning Hotel Esperanza in Cabo San Lucas. There, guests sipped on mezcal cocktails and bit into bowls full of fancy guac, tacos and cookies stuffed with dulce de leche. Anyone with a hankering for a smoke could get and custom cigars made to-order. Meanwhile, the end of the five-day affair saw film goers traipse over to the Hotel ME, which felt very Miami thanks to plenty of colourful lights against a white backdrop (buildings, chairs, you name it). Fireworks were the final touch to a film fest that left everyone eagerly planning ahead to next year.