The path to Acre Restaurant in Los Cabos is magical. Guests wind their way through a forest of palms, eventually arriving at the restaurant’s entrance, which manages to both stand in contrast to nature (think strict brown walls) while welcoming it at the same time (vines tumbling through glassless skylights). It’s no surprise that Acre takes a similar approach to their cuisine, showcasing the best of Mexico’s bounty through a modern lens. 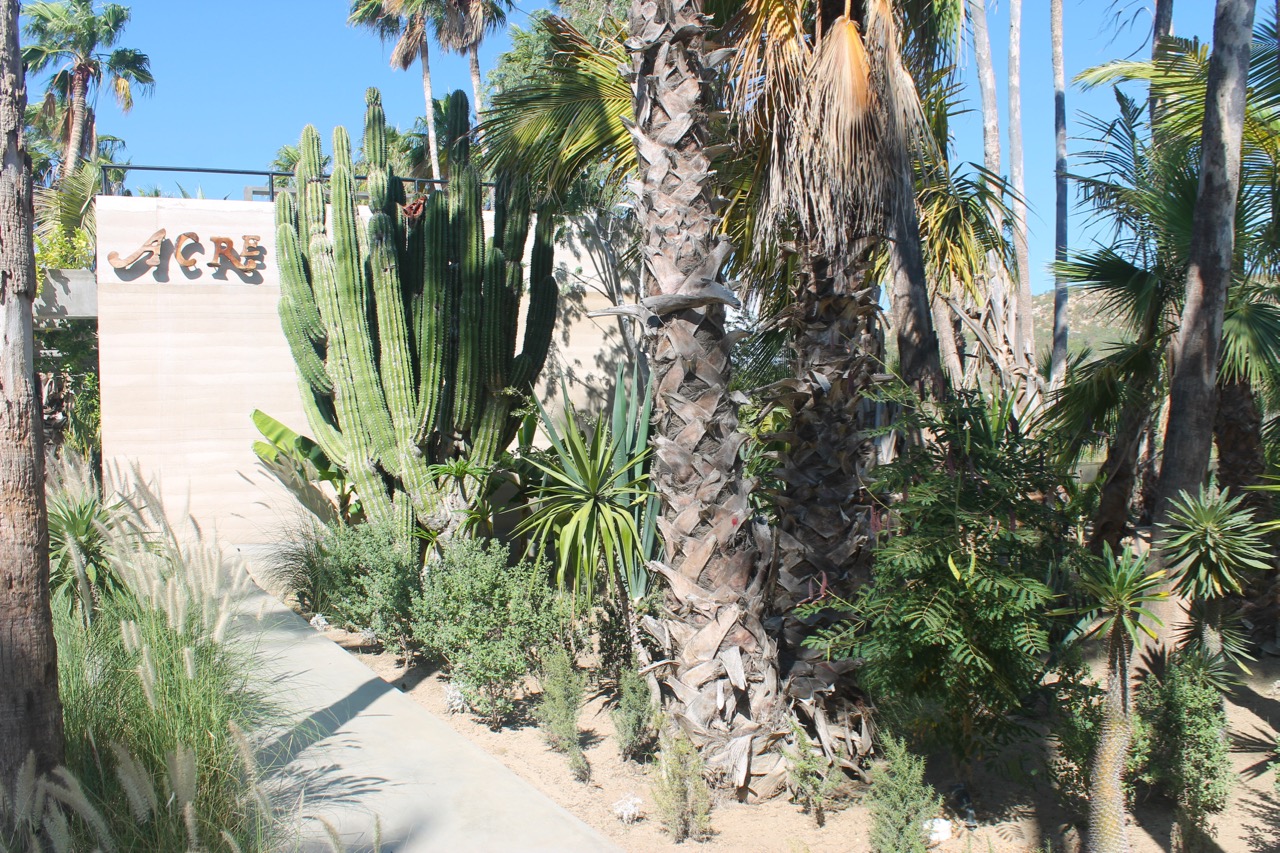 Overseeing the kitchen at Acre are chefs Kevin Luzande and Oscar Torres who between them, have worked in LA, New York and across Europe. The pair is all about highlighting local products and the menu is a reflection of this (having a farm on-site doesn’t hurt). 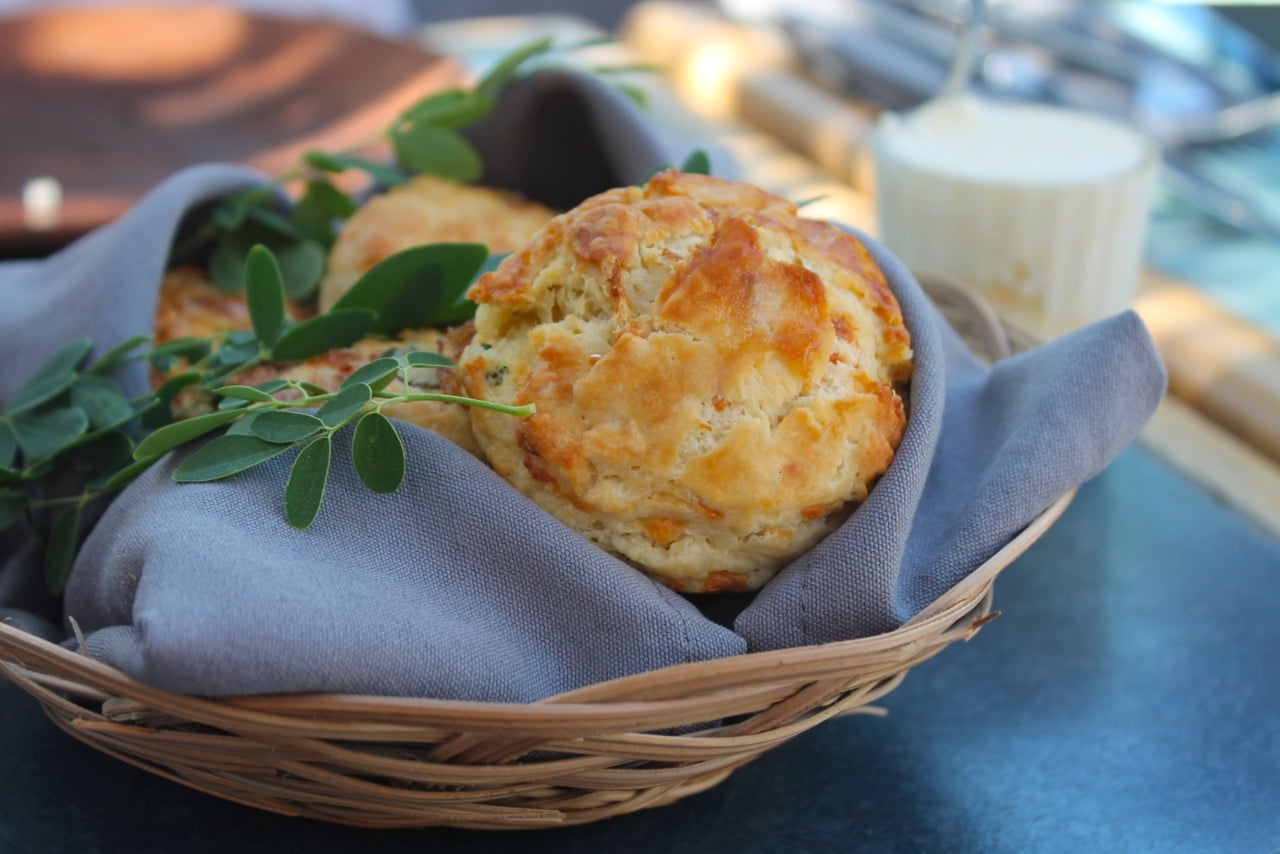 We tucked into a number of items, starting with snacks like cheddar biscuits with moringa leaves—a local tree whose leaves are often used in cooking—and house-made honey cultured butter. 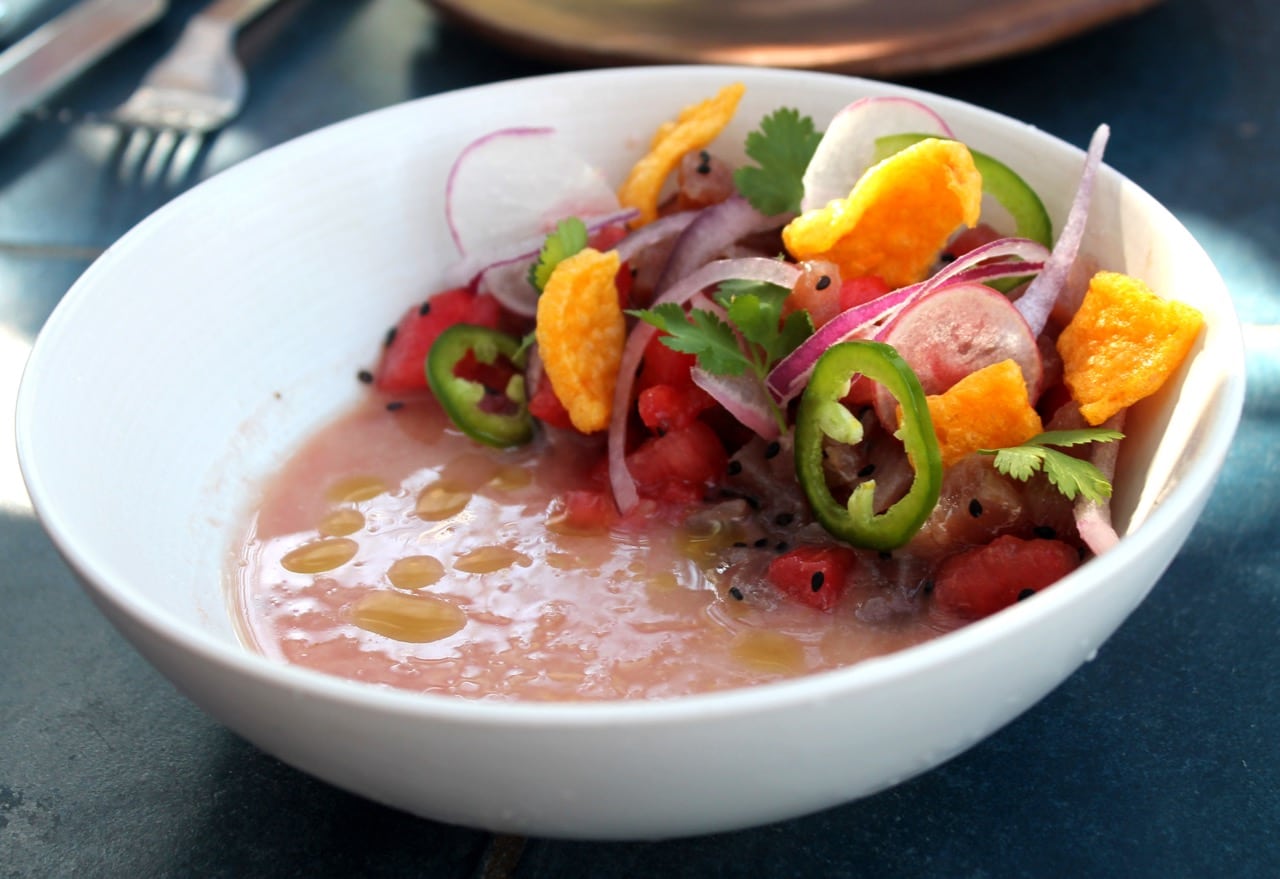 Ceviche was offered in two permutations: crudo and leche de tigre. The crudo variant featured the catch of the day (sea bass for us) along with kaffir and lemongrass ice, chicken chicharrón and avocado. Translating into tiger’s milk, leche de tigre is Peruvian style ceviche in which the fish is served in a sauce, appearing soup-like; Acre’s version paired sea bass with watermelon, sweet potato chicharrón with black sesame for a savoury–sweet take on the dish. 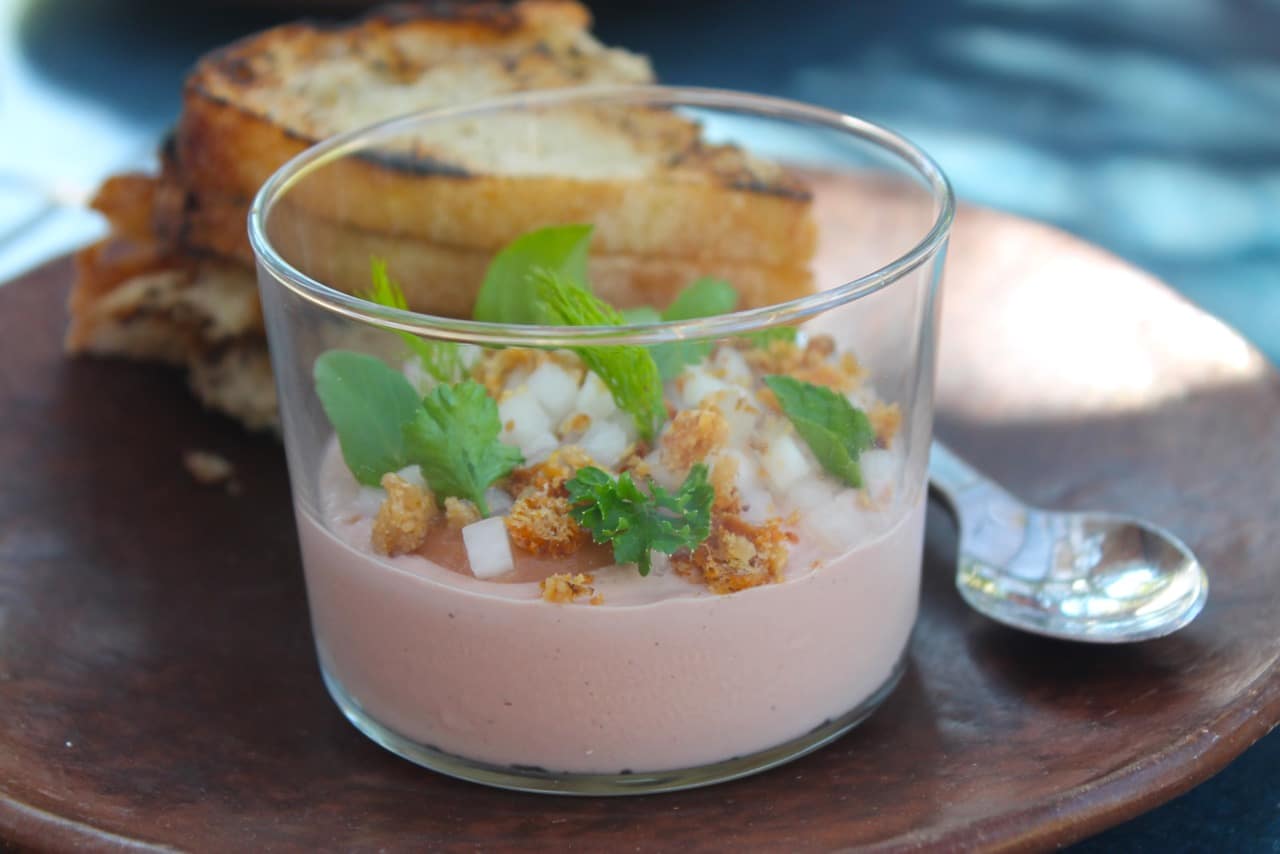 One of the most popular dishes of the meal was the chicken liver mousse; the texture was incredibly smooth and it came topped with fig jam, pickled turnip, teeny tiny crunchy chicken chicharrón (they were pretty big on those at Acre!) and grilled bread as a scooping vessel. It would be hard to improve on this dish. Another winner was the fried tomato dish in which melted rounds of the fruit were fried and loaded up with ricotta, African blue basil and syrup composed of honey and sherry. 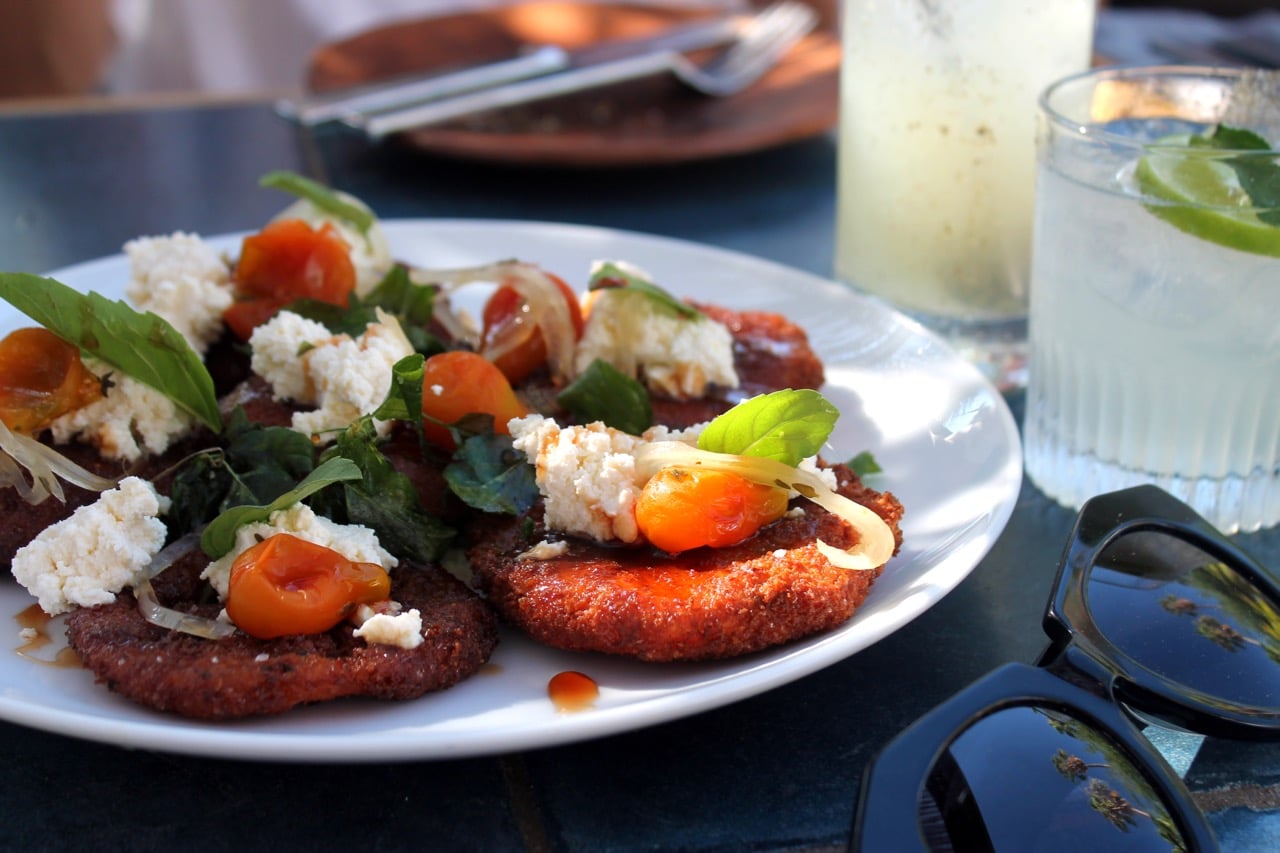 The cocktail program has been given just as much consideration as the food. Danielle Tatarin—known for her award-winning Keefer Bar in Vancouver—has done her research when it comes to the flavours of Mexico, focusing on obscure tequilas and mezcals. Her Beso de Catrina tipple matched private batch mezcal from Oaxaca with lime, pineapple, hibiscus syrup and oregano. And her twist on a margarita added sage (from the garden) to the mix, boasting a sage syrup and sage sea salt. 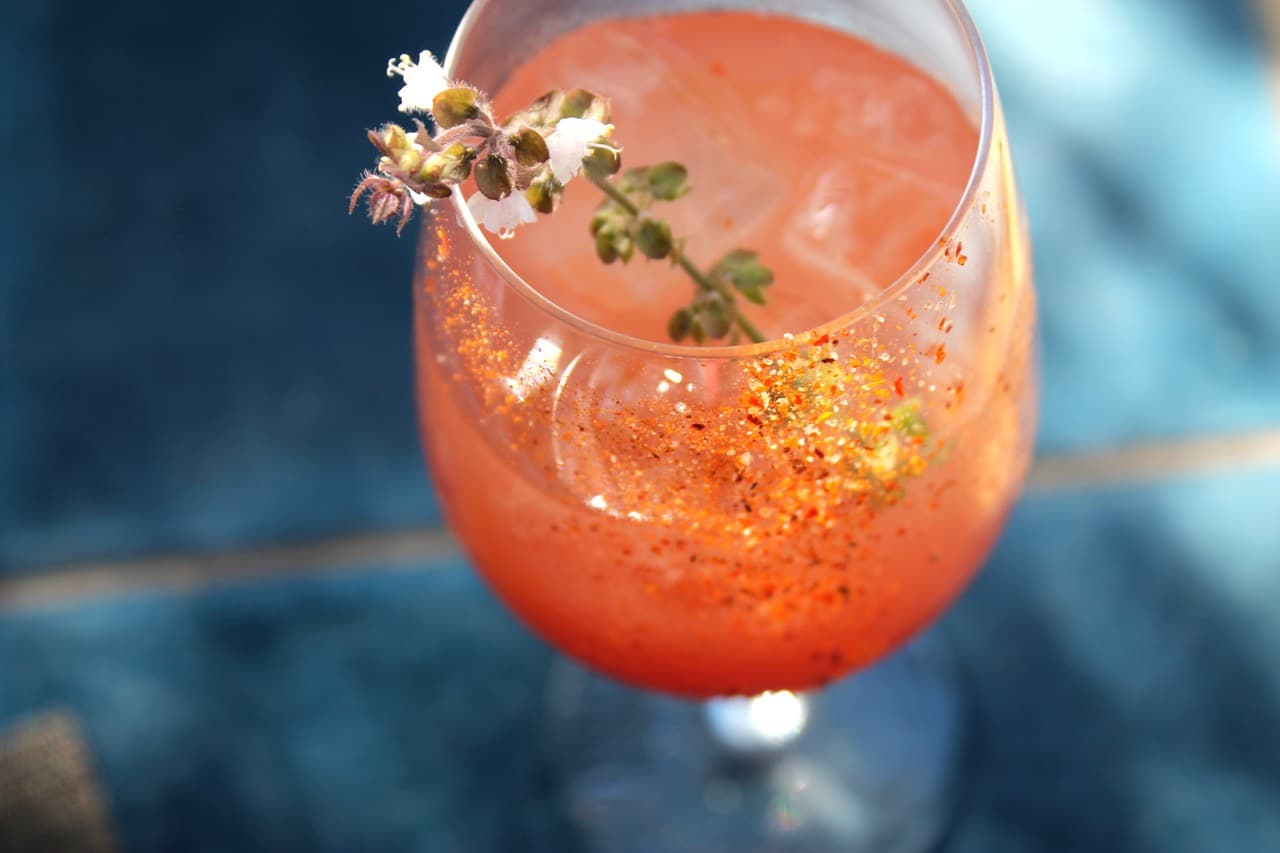 Anyone seeking out a meal showcasing the flavours of Mexico in a gorgeous setting should be placing Acre at the top of their must-visit list.